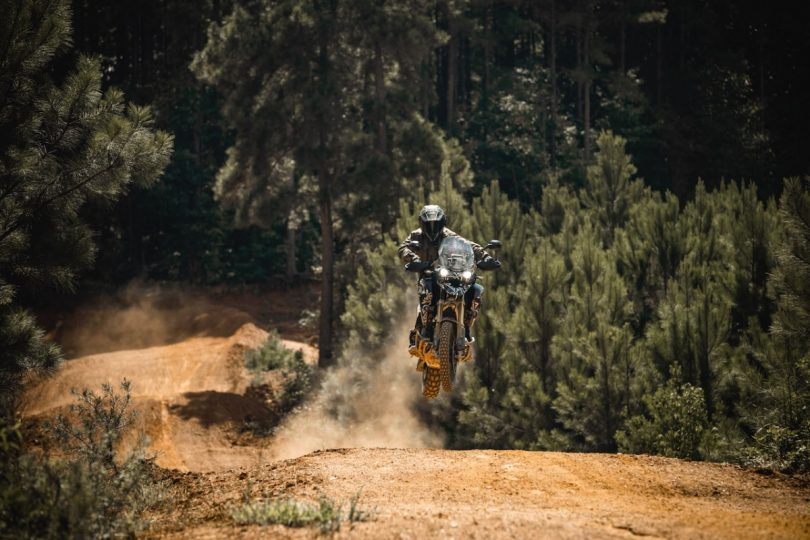 Triumph is testing the new Triumph Tiger 1200 prototype. Now the brand has revealed that American former professional motocross and stock car racing driver, Ricky Carmichael is pushing the Triumph Tiger 1200 to its limits. According to Ricky Carmichael, the motorcycle features extraordinary handling characteristics. Ricky says, “This thing is sweet! I know a lot of time and effort has gone into this new 1200, and it shows. It handles phenomenally“.

The brand is testing the Tiger 1200 under camouflage wraps. The new motorcycle will come with a new body design with athletic traits and a new powerful engine. The bike will feature the latest-generation adventure motorcycle design. The Triumph Tiger 1200 will come with sleek headlamps, a muscular fuel tank, step-up seats, high-mount exhaust, cross-spoke rims and knobby tyres. The motorcycle will also come with an upright windscreen, upright handlebars and knuckle guards. The bike will also come with an advanced electronics suite.

The Triumph Tiger 1200 will come with a T-Plane crankshaft engine. The unique engine comes with a 1-3-2 firing order that offers more accessible power and torque. The T-plane crank also allows the rider to better manage the power and torque. The triple engine with a unique crank and 180-degree, 270-degree, and 270-degree firing intervals also helps the rear tyre recover from the pulse stress of the engine, offering more grip.

The current-generation Tiger 1200 comes with a 1,215cc three-cylinder motor. The engine produces 141 Hp of power and 122 Nm of torque. The new engine is likely to come with significantly improved power and torque. The engine is also likely to be considerably lighter than its predecessor as well as the competition, the BMW R1250GS, which comes with a twin-cylinder horizontally-opposed ‘Boxer’ engine and shaft final drive.

Triumph will reveal more details on the motorcycle in the near future. 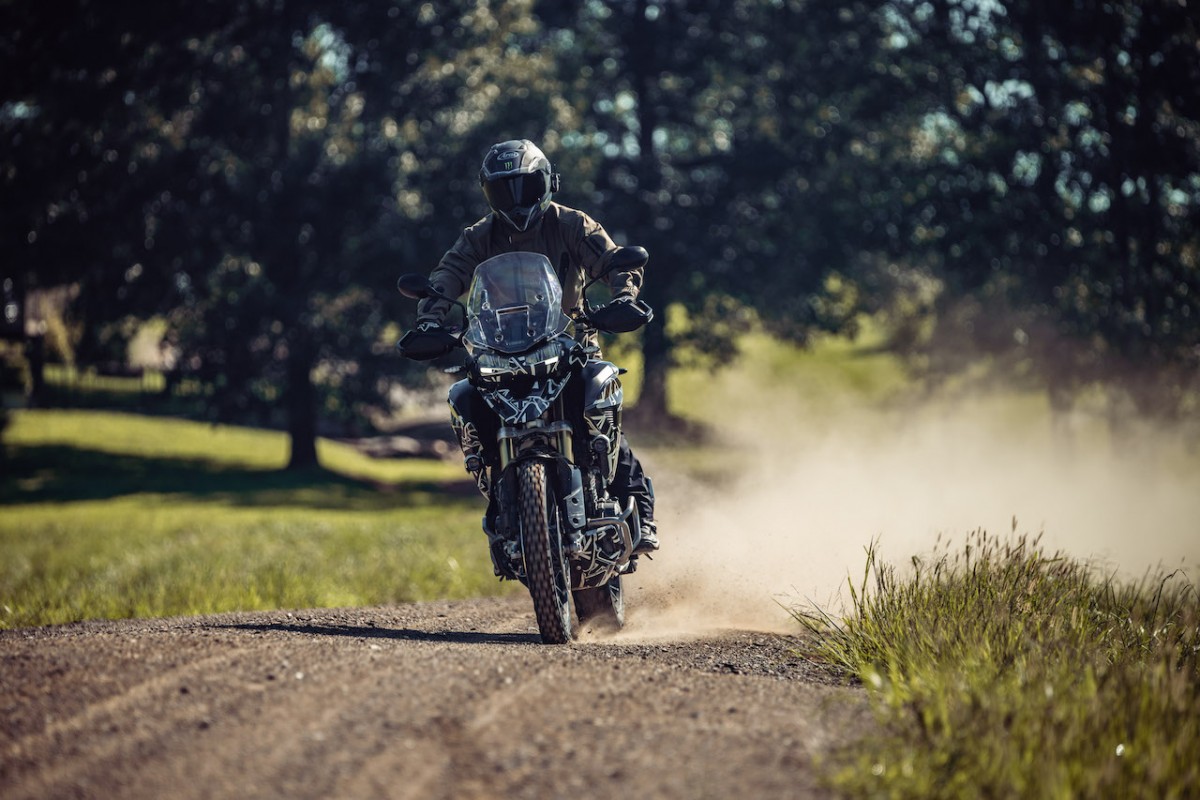 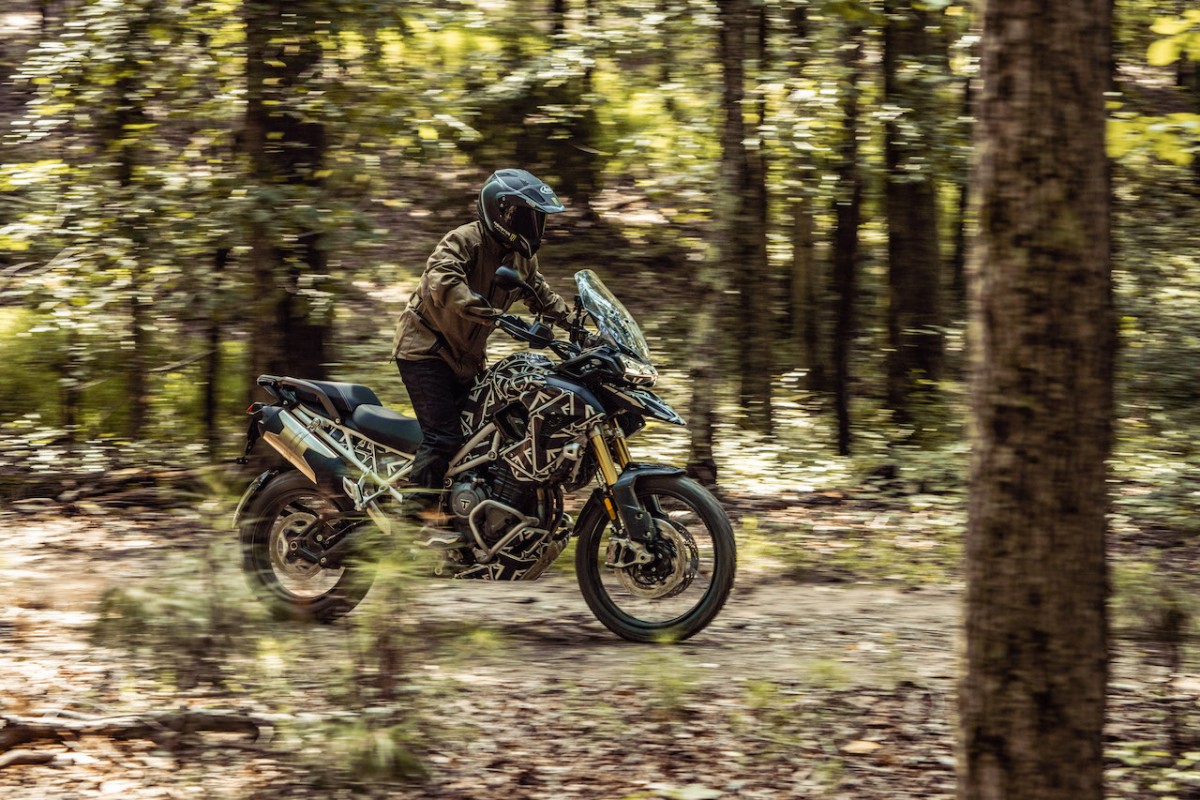 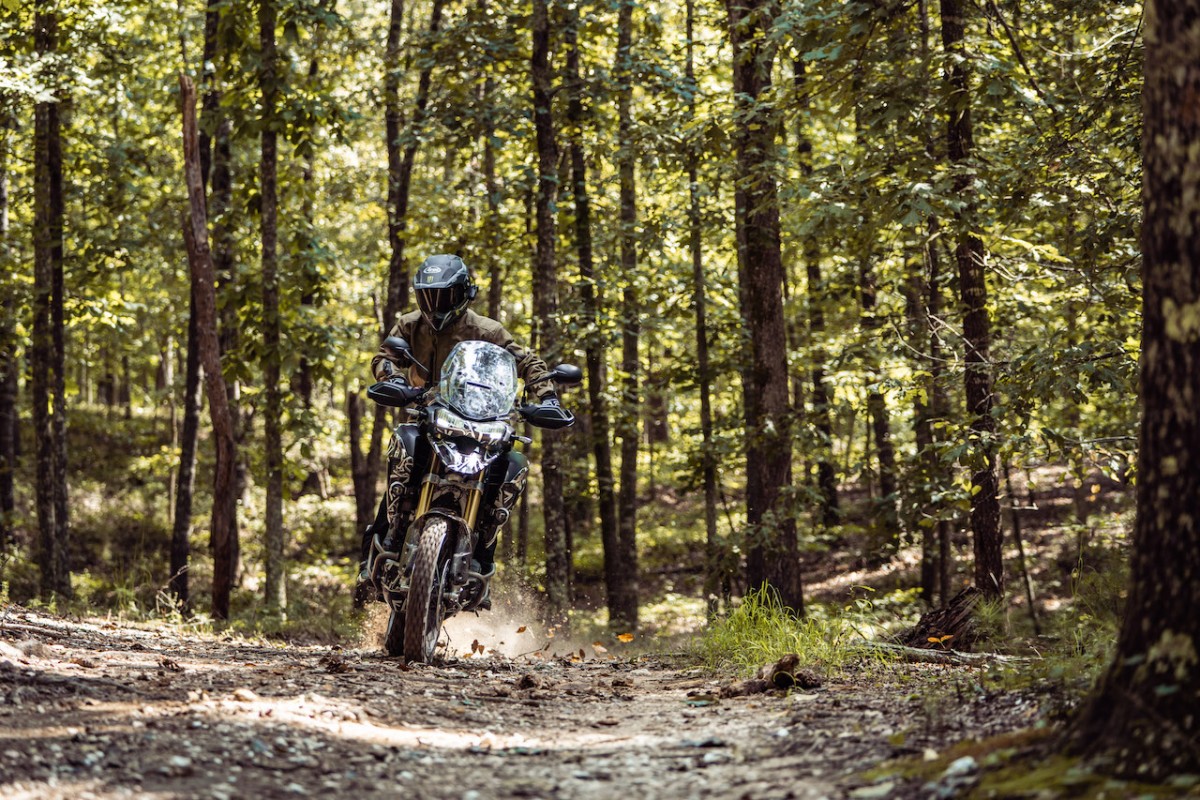 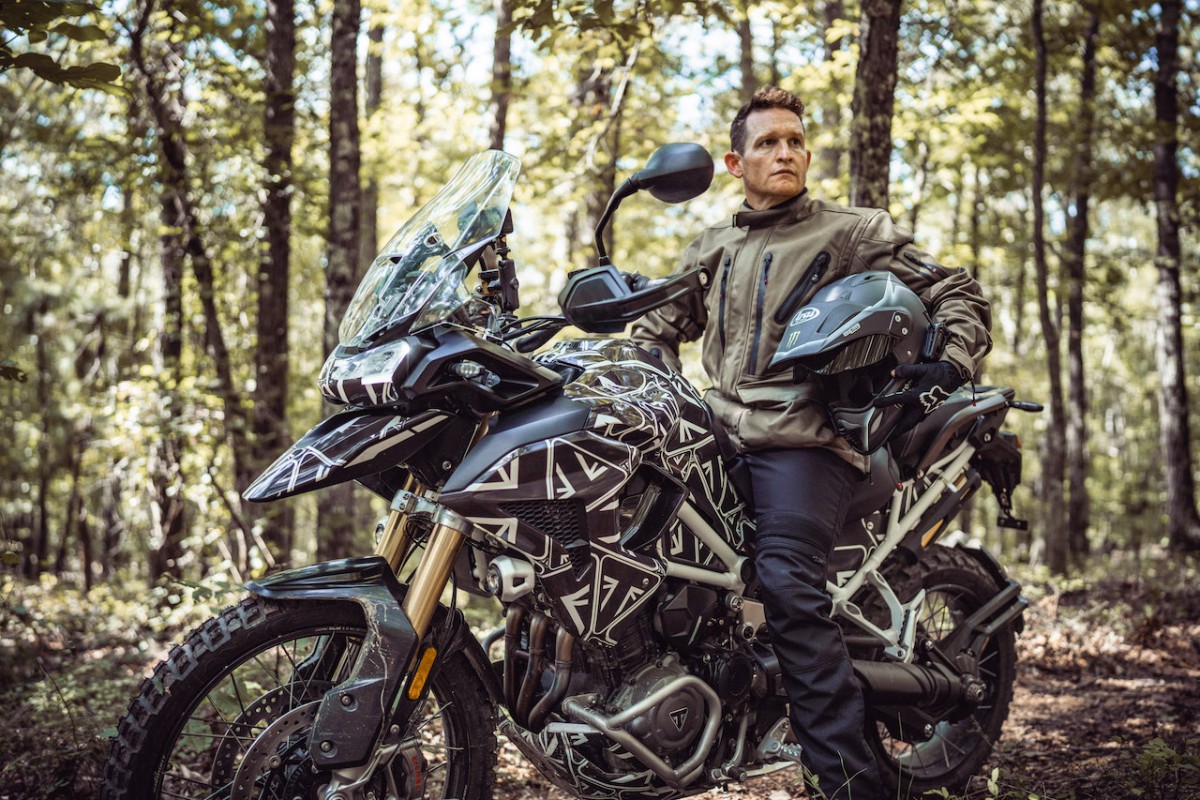 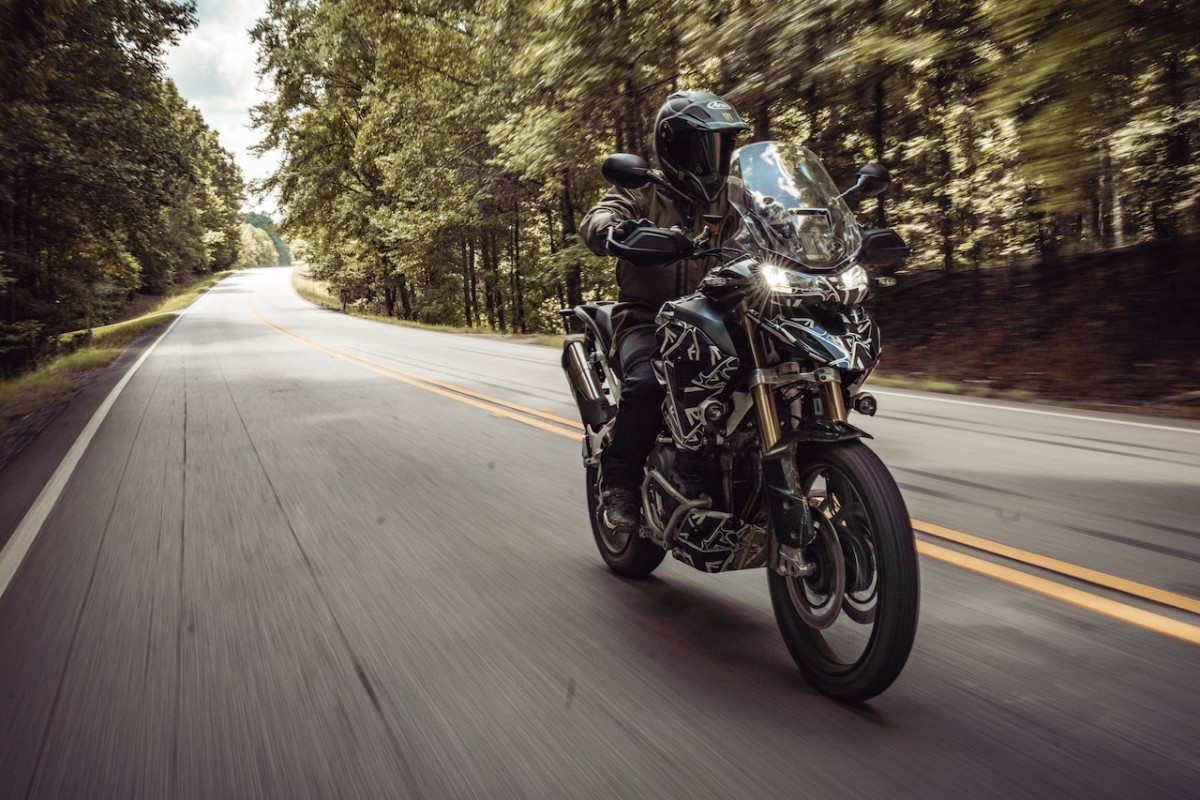 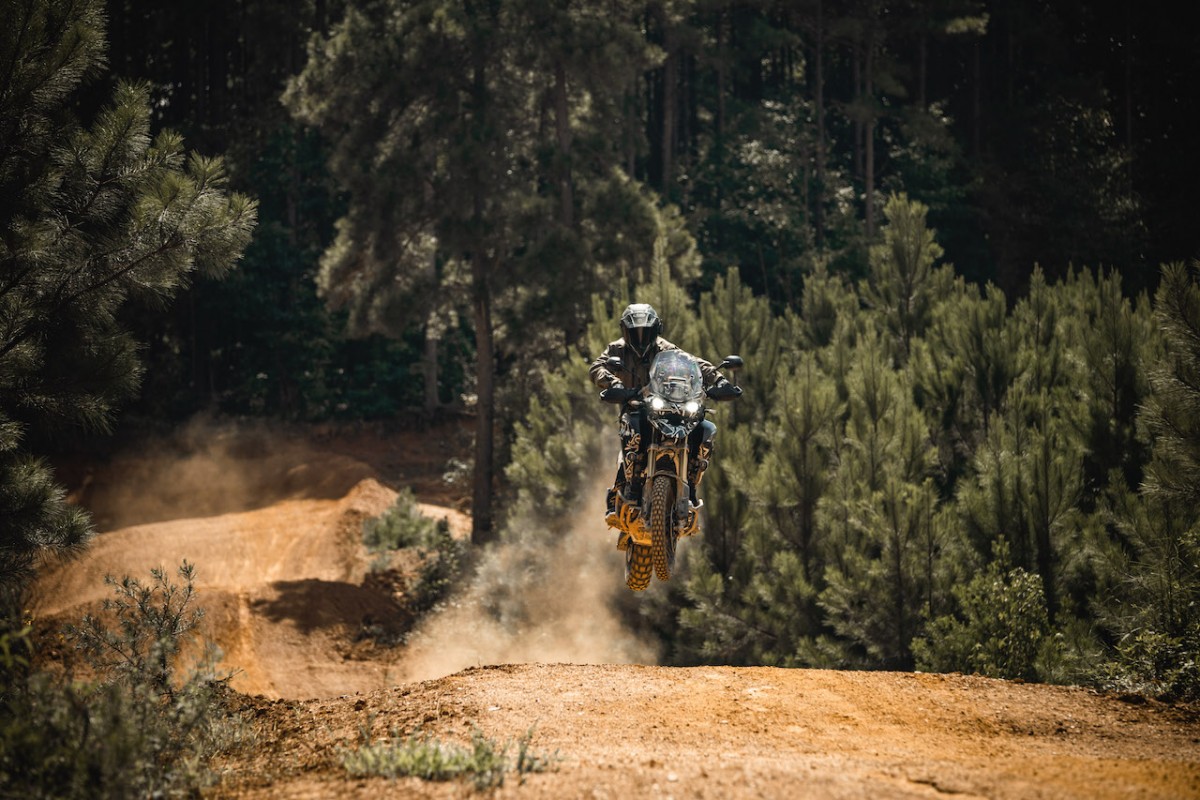 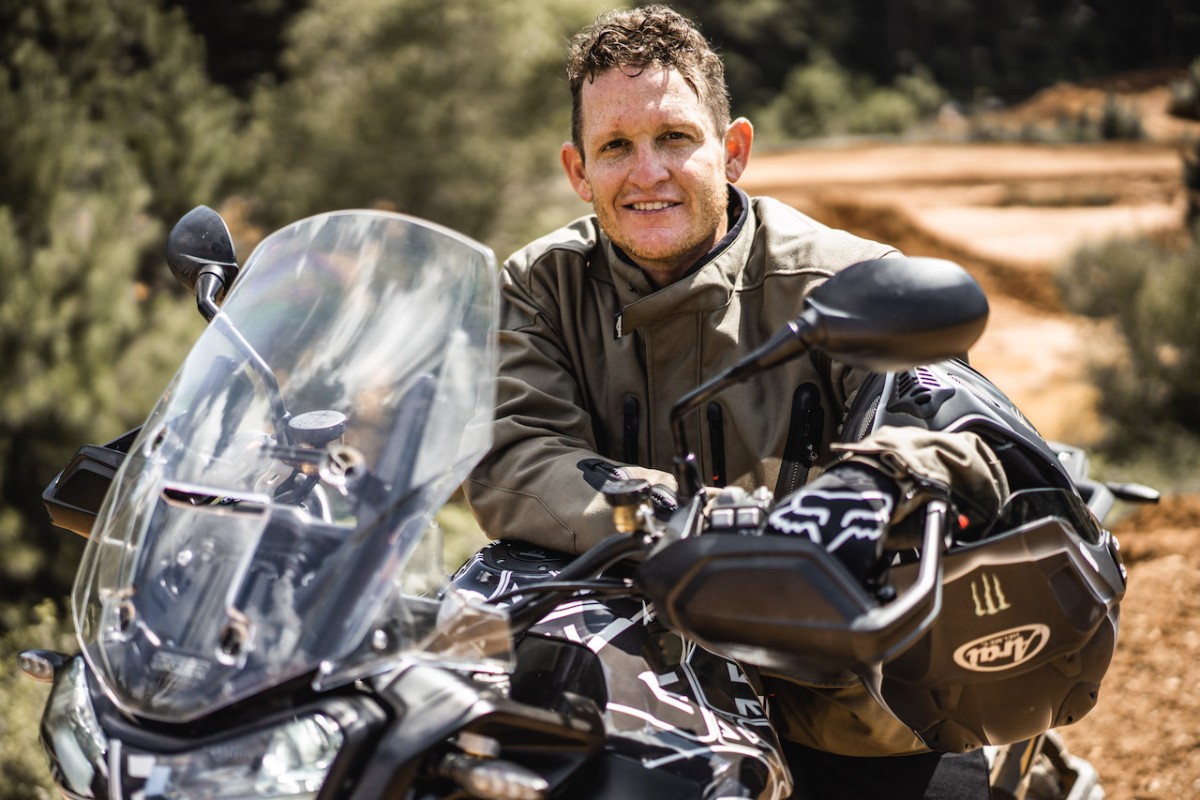 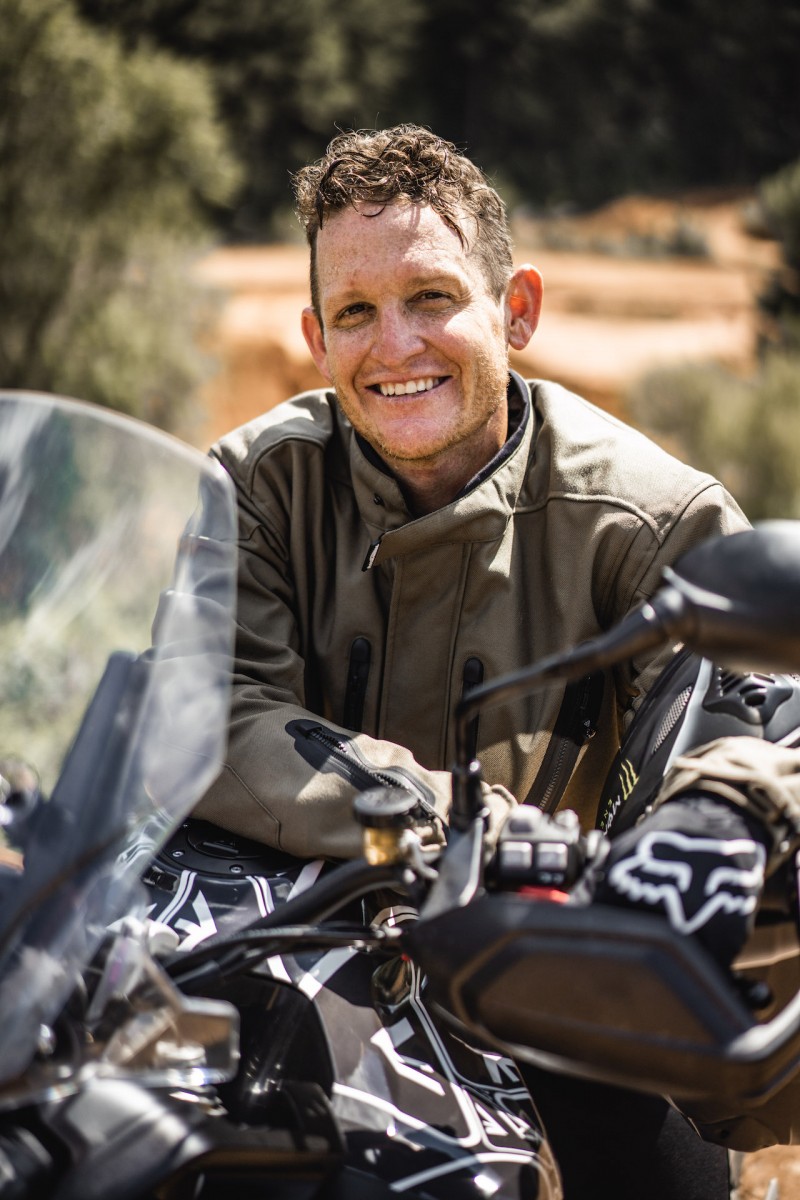