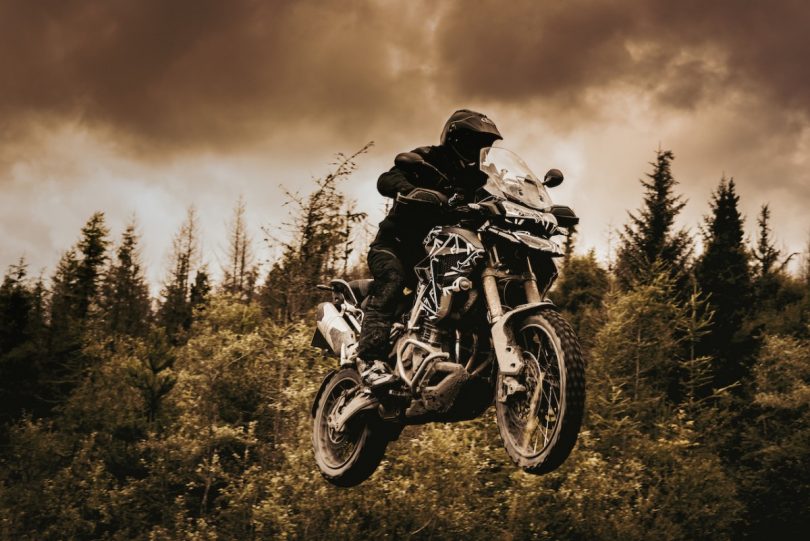 Triumph has revealed that the brand is testing the Tiger 1200 prototype with a T-Plane Crankshaft. The brand’s signature T-Plane Triple engine advantage will be applied to the large capacity adventure world for the first time with the new Tiger 1200. Triumph reveals that the T-Plane triple engine will deliver more power and character than its closest competition. The T-Plane engine will combine the low-end torque delivery with the top-end punch of the in-line three and a sonorous soundtrack.

What is a T-Plane Crankshaft?

The T-Plane crankshaft is a unique 1-3-2 firing order that enables the engine to deliver more accessible power and torque. The rider is able to better manage the power and torque and the engine delivers the two in a manageable manner. Traditionally, an in-line triple engine comes with crankpins set 120-degrees apart. But the T-Plane crank has crankpins 1 and 3 set at 180-degree. While the crankpin number 2 is set at 90-degrees. This spaces out the pins by a right angle from each other, forming a ‘T’. This also creates a unique 180-degree, 270-degree, and 270-degree firing interval.

The T-Plane firing order allows the rider to have a better feel of the power reaching the rear wheel. It also allows the rear tyre to have a recovery gap while accelerating. In comparison with a flat-plane crank, which has an equally spaced firing interval, the engine power reaches the rear wheel in equally spaced pulses. This does not allow the rear tyre to recover especially in corners. The irregular T-Plane firing interval leaves a gap in the power pulse reaching the rear wheel, allowing it to recover and offering more grip and feel to the rider.

The current engine on the Tiger 1200 is a 1,215cc triple motor. The engine produces 141 Hp of power and 122 Nm of torque. The new engine will come with around 180 Hp of power and will be lighter than the competition, the BMW Motorrad R1250GS. The German competitor comes with a boxer engine and shaft drive. Triumph reveals that the new engine will be “perfect for kicking up the dirt, sweeping through the corners, or crossing
continents in style.”

More details on the Triumph Tiger 1200 will be revealed soon. 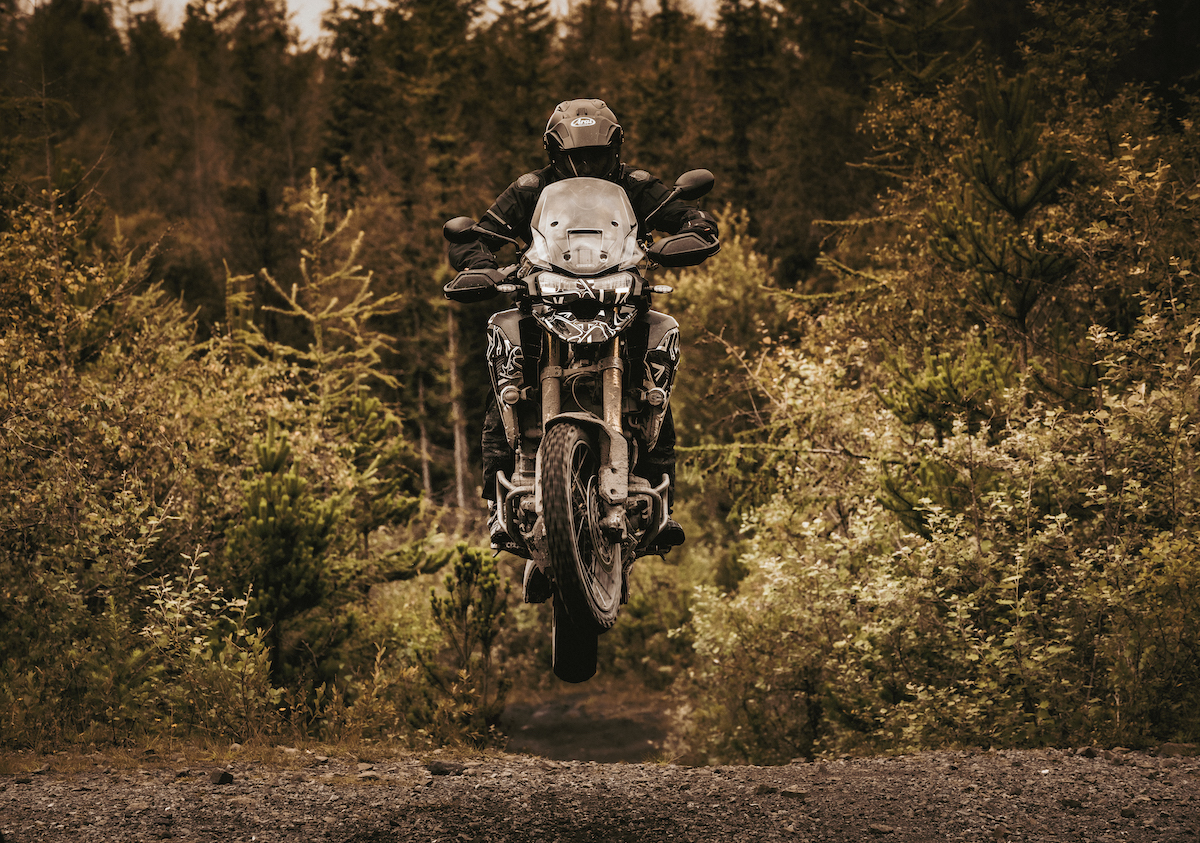 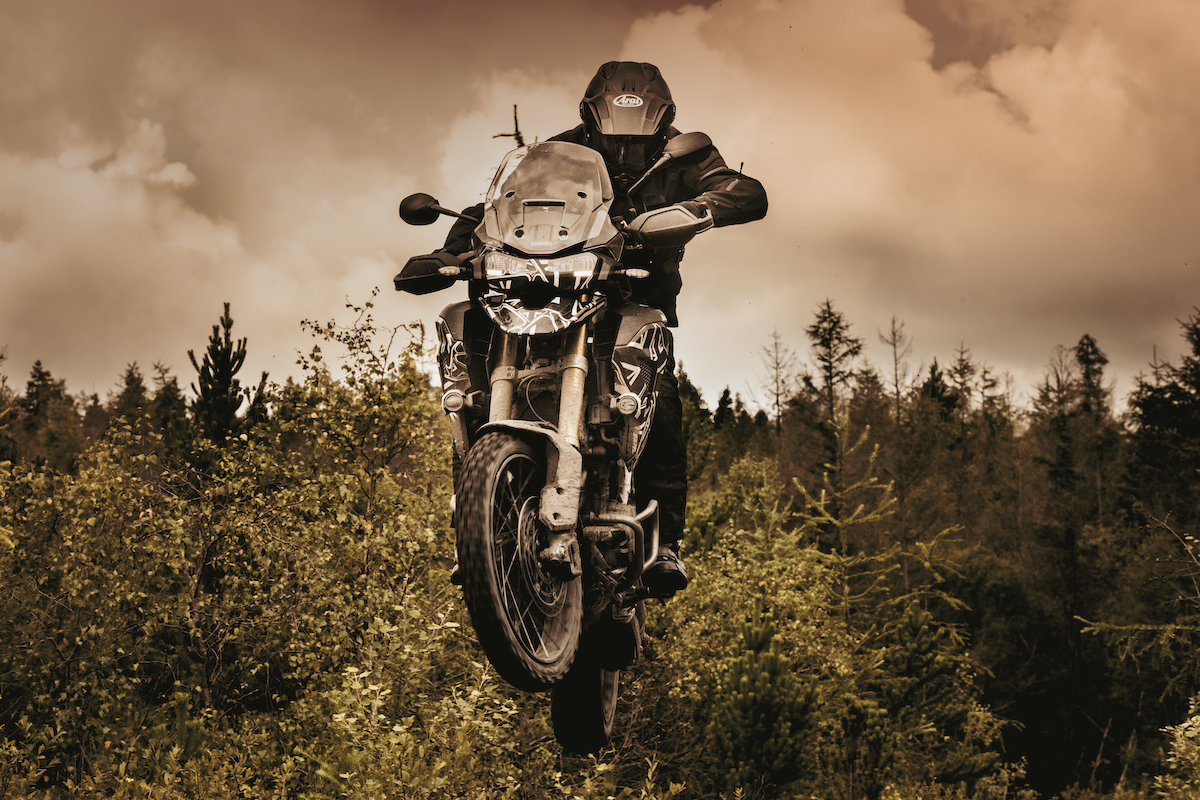