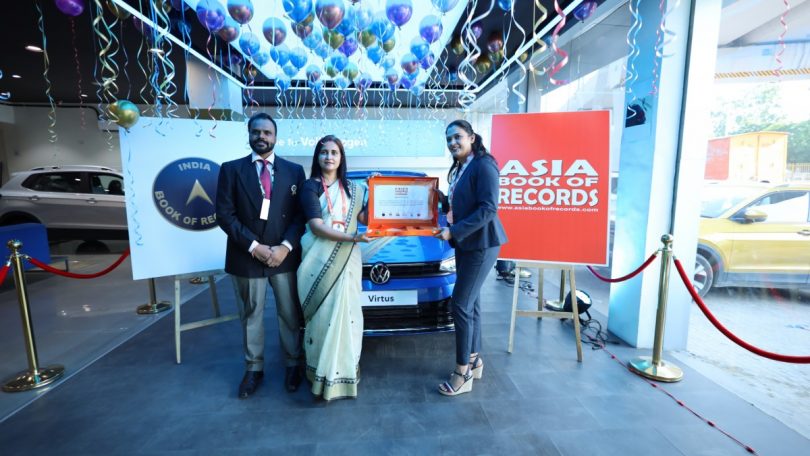 Group Landmark-owned Volkswagen dealerships in Gujarat now have their name in the Asia Book of Records (ABR) and Inda Book of Records (IBR) for ‘maximum single model Volkswagen vehicles sold by a dealer in a single day’. Volkswagen’s latest sedan, the Virtus, is garnering a lot of interest from customers. Deliveries for the Virtus sedan commenced last month. On the very first day, i.e. on 21st June 2022, the company delivered over 165 units of the Virtus across Gujarat, setting a new record.

The company was honoured at a ceremony in New Delhi. ABR and IBR officials handed over the certificate for the record to the Managing Director of Group Landmark. Group Landmark is certain that the Virtus will reignite the premium mid-size sedan segment. The overwhelming response from customers also acts as a testament to this. Group Landmark’s Chairman & Founder also said the company is thrilled to receive this honour from ABR and IBR.

At the same time, the Performance Line, which is only available in the GT Plus DSG variant, costs INR 17,91,900. The GT Plus DSG gets the bigger 1.5-litre TSI EVO engine and a DSG gearbox. All the prices mentioned are ex-showroom prices.

As for the Performance Line, it uses a 1.5-litre TSI EVO engine. The bigger engine also gets Active Cylinder Technology (ACT) and a 7-speed DSG transmission. Unlike the smaller engine, it does not get a manual transmission. The engine delivers 150 PS of power from 5,000 rpm to 6,000 rpm and peak torque of 250 Nm from 1,600 rpm to 3,500 rpm. 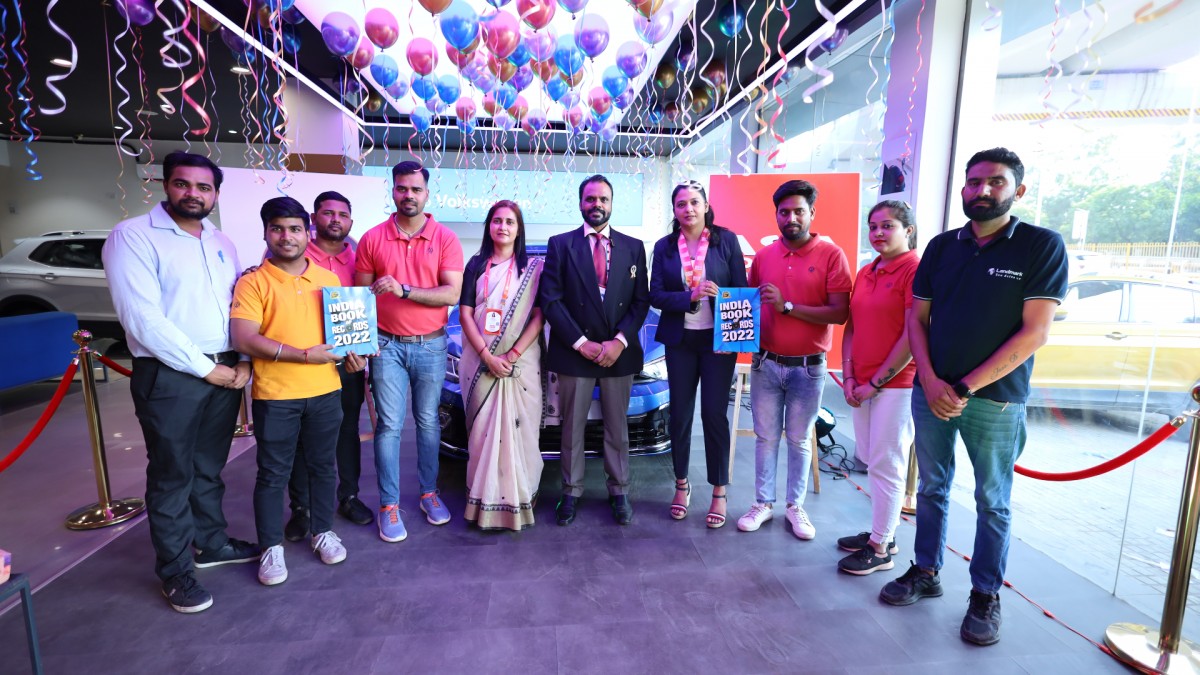