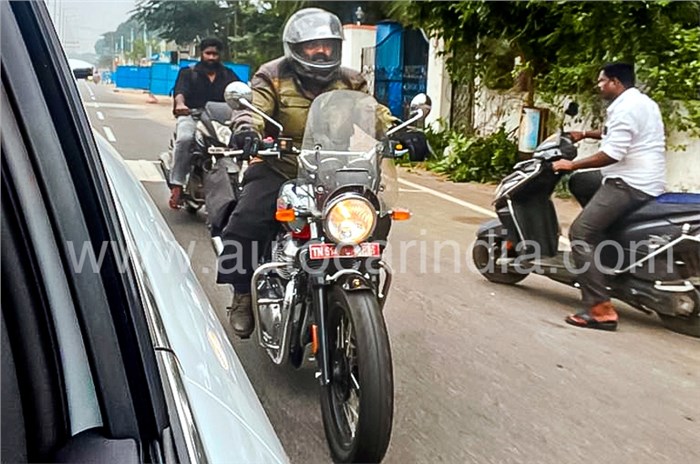 We had reported that Royal Enfield has been working hard on the new 650cc-based motorcycles. These include the existing ones as well as new bikes due to launch in the near future. But now, spy images of an Interceptor 650 have surfaced online. This could be the 2023 Royal Enfield Interceptor 650.

Compared to the current bike, the test mule has a large windscreen. In terms of relative size, it was up to the chest height of the rider. This means it will offer much better protection from the wind than the existing flyscreen. The flyscreen is an official accessory.

The test mule was finished in a Mark 2 paint scheme. Apart from this, there are no changes to the bike. This could also mean that Royal Enfield is testing new accessories before launching the bike.

The Royal Enfield Interceptor 650 gets a modern-classic design and features a rounded headlamp with a halogen bulb setup. It gets  a twin-pod instrument cluster and an elongated fuel tank. The bike also gets a bench-style seat. The footpegs of theInterceptor 650 are mid-set and the bike gets wide handlebars along with rounded mirrors. The Interceptor also comes with twin upswept exhaust pipes.

In terms of engine, the 648cc air/oil-cooled parallel-twin-cylinder engine develops 47 BHP and 52 Nm of peak torque. It is paired with a 6-speed gearbox and a slipper assist clutch.

Royal Enfield : in other news

Royal Enfield is said to be working on a Classic 650 that is based on the same 650cc platform that underpins the Interceptor 650 and the Continental 650. The Chennai-based manufacturer could have considered giving it a larger engine while maintaining the Classic brand for its loyal customers. Further, the Classic brand has consistently got in the volume for Royal Enfield year over year. 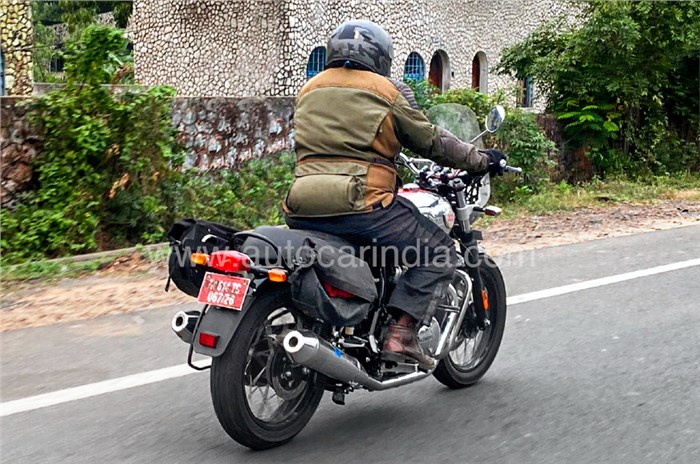