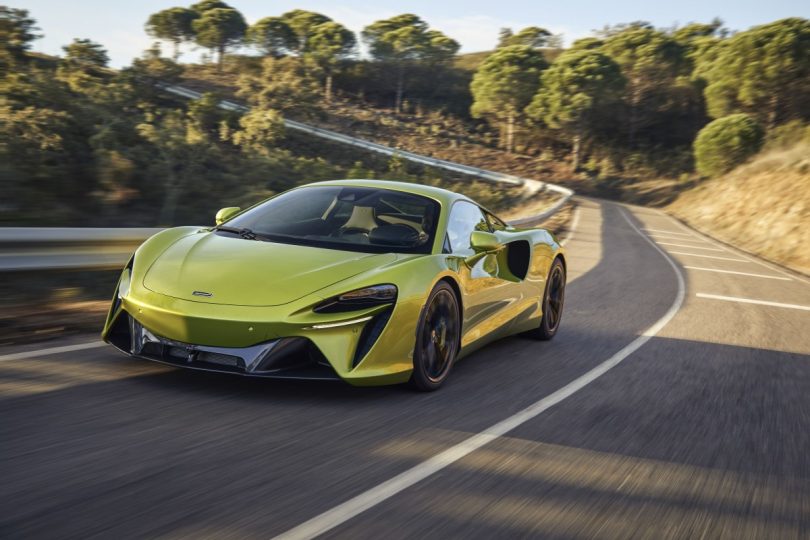 British supercar manufacturer McLaren unveiled its first plug-in hybrid supercar named Artura PHEV. McLaren is hinting that it is going to launch itself into the Indian automotive market sometime real soon. But, when McLaren comes to India is still a question and there are no official updates if the Artura will make it into the Indian market.

Powering the Artura is a 585 HP 3.0-litre V6 engine and a 93 HP electric motor share the responsibilities to power the Artura PHEV. The supercar can sprint from 0 to 100 in just under 3 seconds and has a top speed of 330 kmph. With only the battery, the supercar can go up to 31 kilometres at speeds of up to 130 kmph. McLaren claims that with the use of battery power and the internal combustion engine, the fuel economy exceeds 17.7 kmpl. McLaren will also use its first electronic differential which is actually an electronically controlled clutch pack, designed to split the torque between the rear wheels and allows quicker torque shifts as compared to a conventional limited-slip differential.

McLaren claims that an all-central carbon fibre tub makes up for the maximum of Artura’s body. The aluminium crash beams at front and rear and an aluminium rear subframe to take care of the engine and rear suspension are also on offer. In terms of physical dimensions, Artura measures close to 4,500 mm in length, 2,000 mm in width and has a wheelbase of 2,640 mm which is short by 30mm than the other McLarens resulting in more stability and agility. The kerb weight of 1,495 kg is incredibly low which is an attribute to the fact that McLaren has used carbon-fibre extensively.

The updated interiors of Artura will attract more customers and make it competitive as compared to their rivals’ offering. McLaren has redesigned the dihedral doors as the owners had complained about the ingress and egress to the car in the previous models. The one-piece Clubsport rear seat now offers an elliptical arc which changes the under-thigh support thus providing a much more comfortable sitting position to the driver. 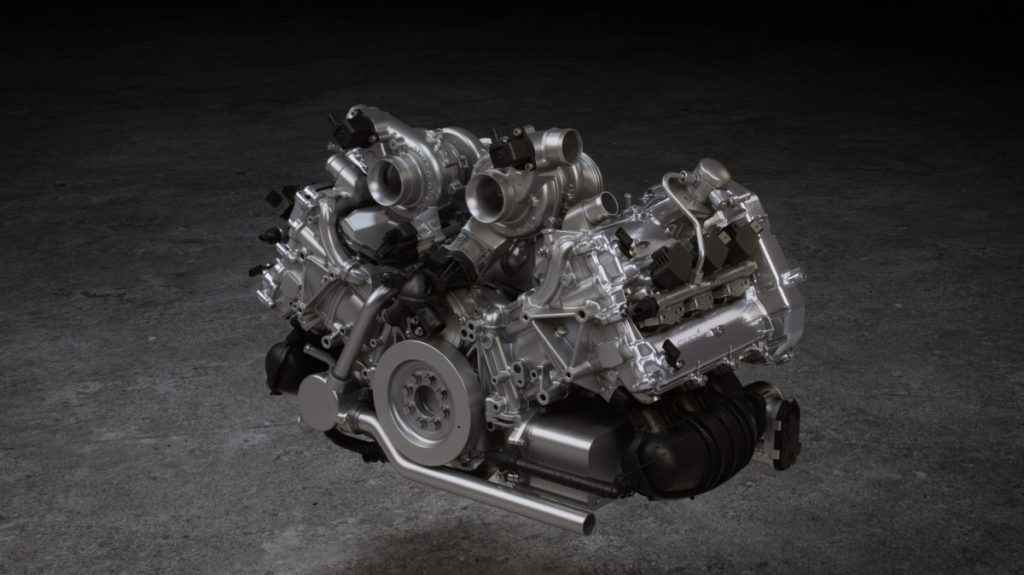 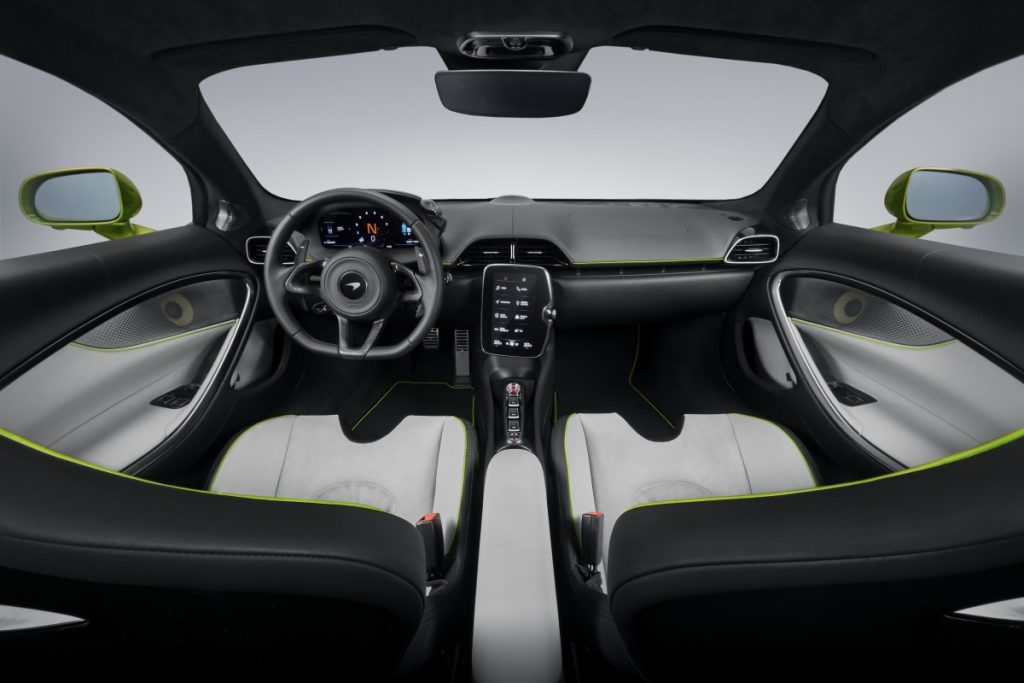 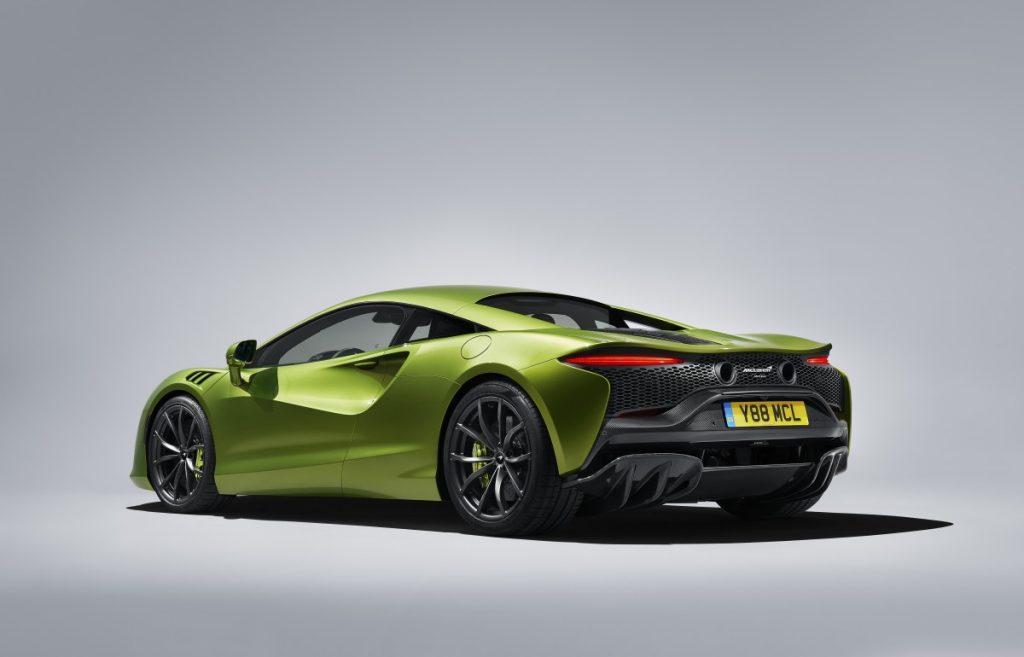 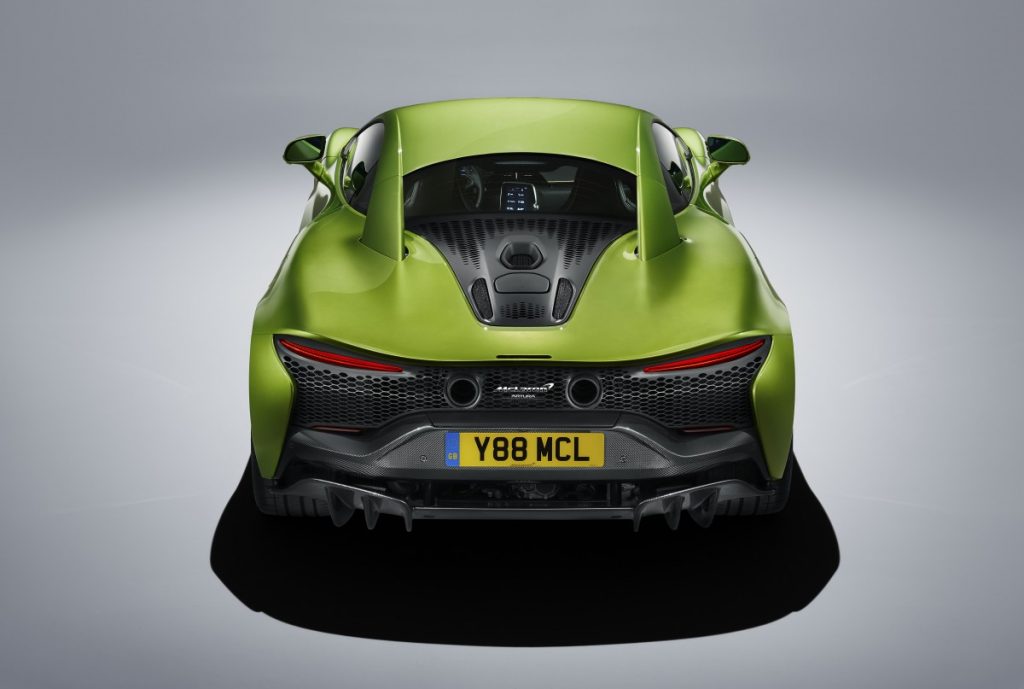