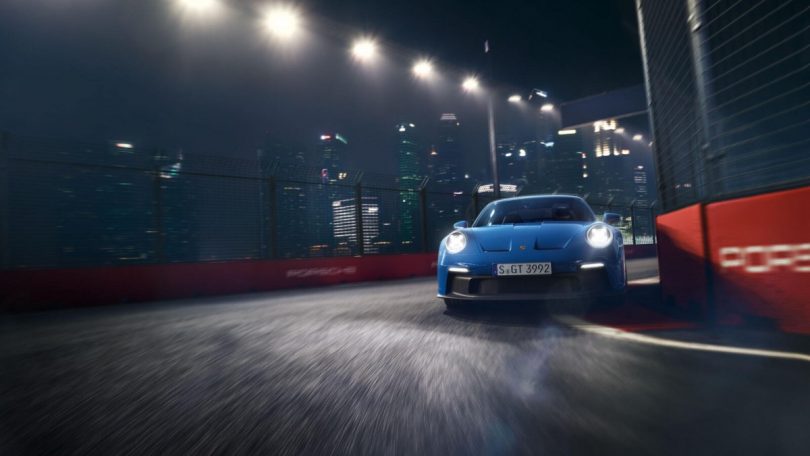 The much-awaited 2022 Porsche 911 GT3 is here with a lot of significant changes. There were a lot of spy shots of the sports car surfing on the internet. But, now finally the model is here and it is likely to go on sale in the United States market this coming fall. Porsche will announce the price and other necessary details in due time.

The Power Mill and Performance

The engine pulling the Porsche 911 GT3 is a 4.0-litre naturally-aspirated flat-six engine which makes 502 HP of power and 469 Nm of torque. Porsche is using a new set of pistons and also featuring six independent throttle bodies in the current GT3. The gearbox option is a seven-speed PDK meanwhile customers can also opt for the six-speed manual transmission. This latest Porsche 911 GT3 can lap the Nürburgring Nordschleife which is roughly 20.832-kilometres in just 6 minutes and 59.927 seconds. For your reference, the previous-gen GT3 clocked 7 minutes 12.7 seconds over the same track. The Porsche 911 GT3 can sprint from 0 to 60 miles (96 kmph) in just 3.2 seconds and the top speed is 317 kmph.

The 911 GT3 will have a new front fascia of which the integrated cooling intakes are the most noticeable change. The suspension set up in the front uses a double-wishbone as opposed to the MacPherson strut found on the standard Carrera. The front diffuser and lip spoiler are both adjustable. In the rear-profile, a manually adjustable swan-neck-mounted wing grabs the maximum attention. The hood, rear wing and spoiler are made up of carbon fibre reinforced plastic which reduces the weight of the car. Wheels equipped in the GT3 are 20-inchers at the front and 21-inchers at the back and weighs about 1.6 kilograms lighter than the previous GT3.

There are few additions in the interior department as well. The 911 GT3 will now have the drive mode button coming out of the 4 o’clock position on the steering wheel. The PDK gearshift uses an adapted manual transmission lever which gives a more commanding feel in driving the car. Porsche is offering the Chrono Package as an option which adds a digital stopwatch which features a lap trigger to keep track of the lap timings. Recently, the Porsche 911 GT3 Cup Car made its debut which uses the wide body of the 911 Turbo. 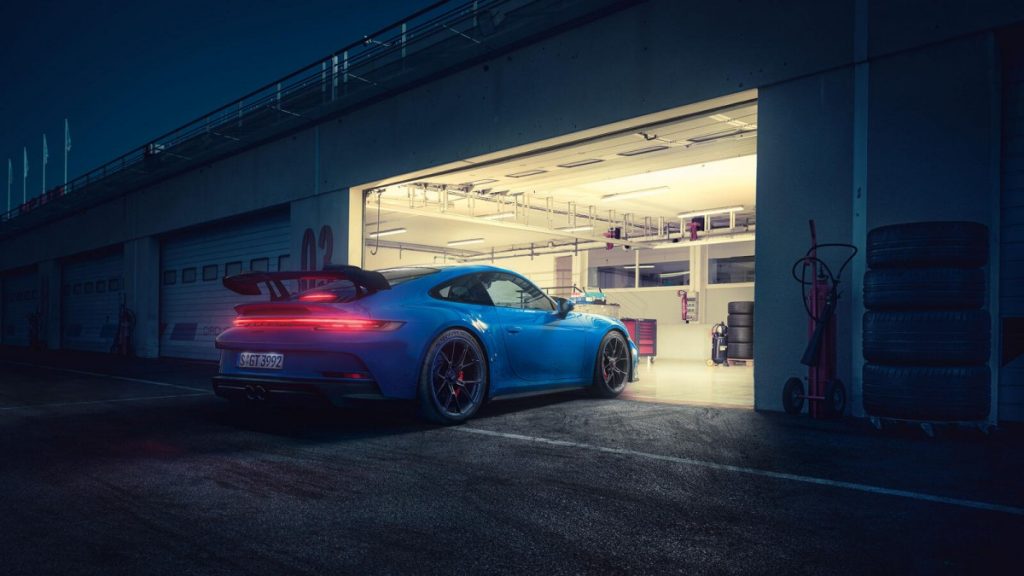 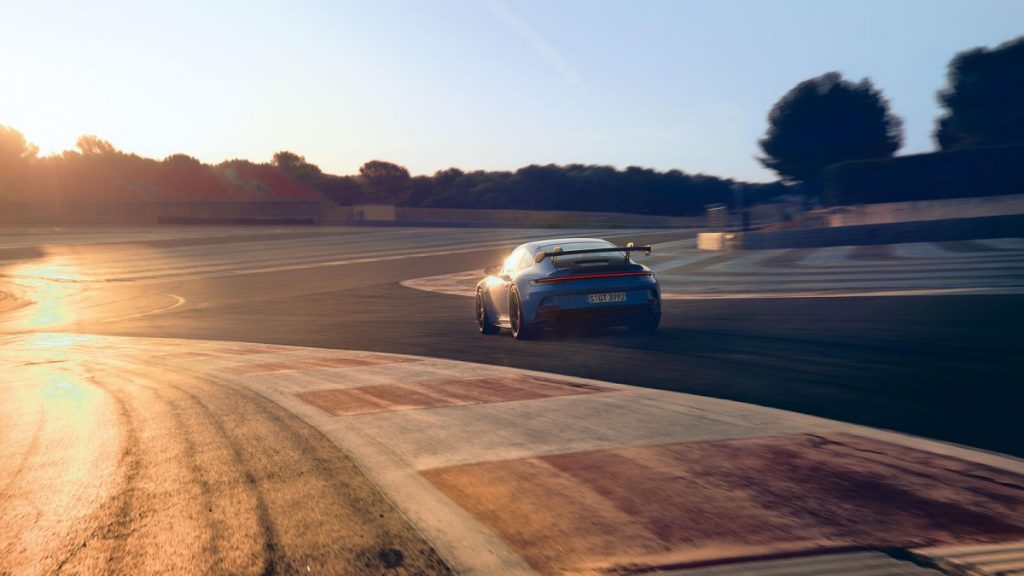 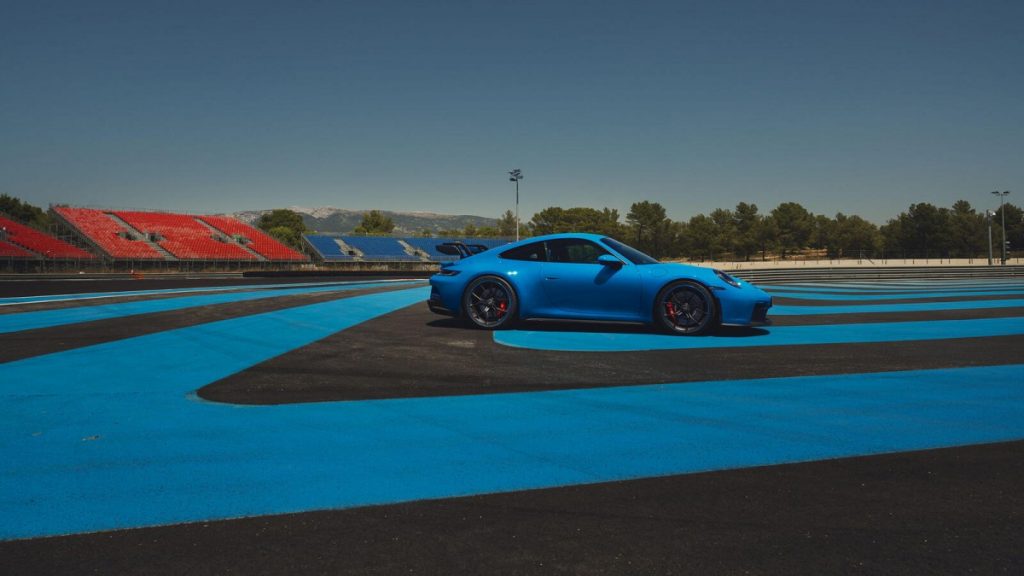 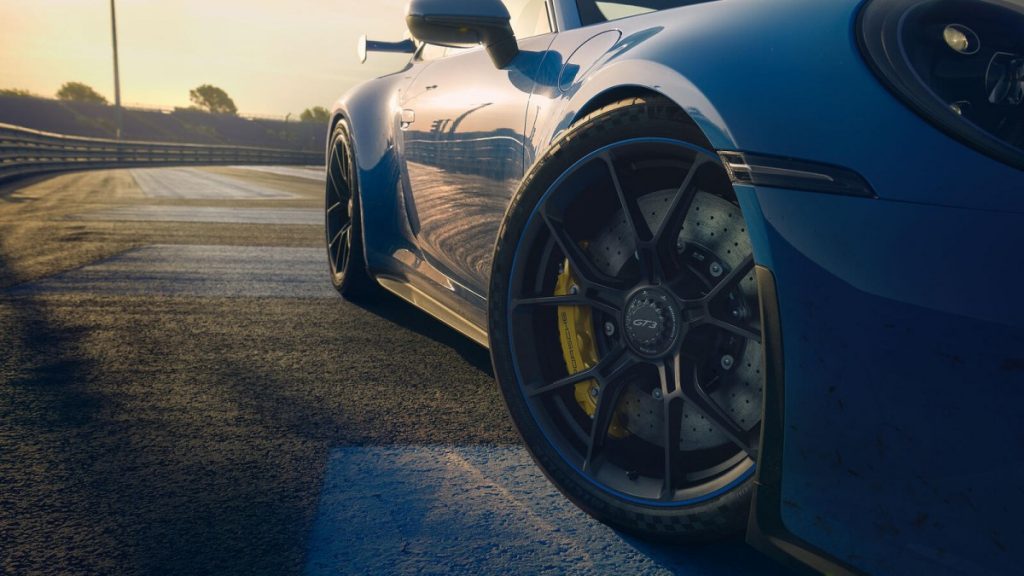 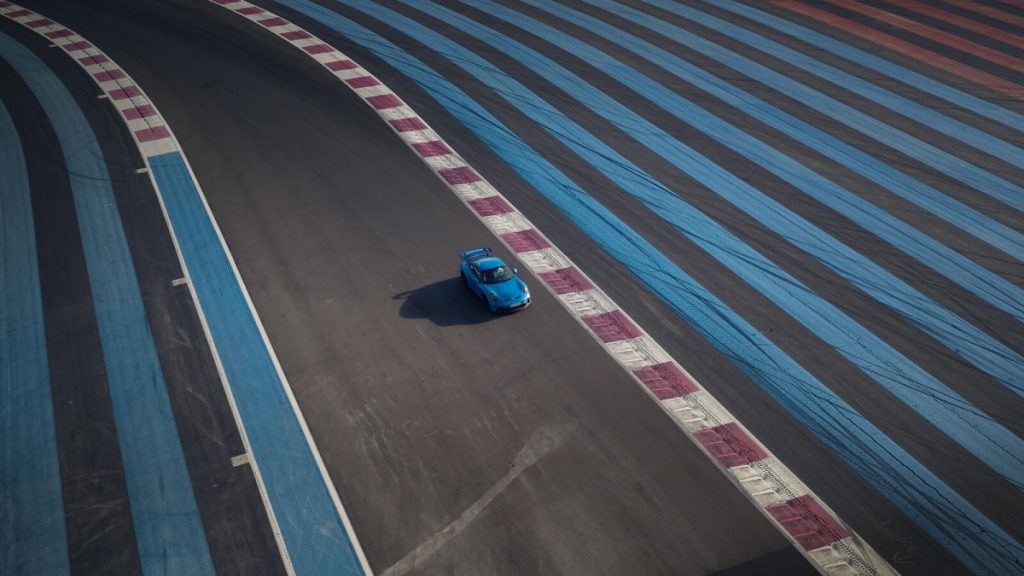 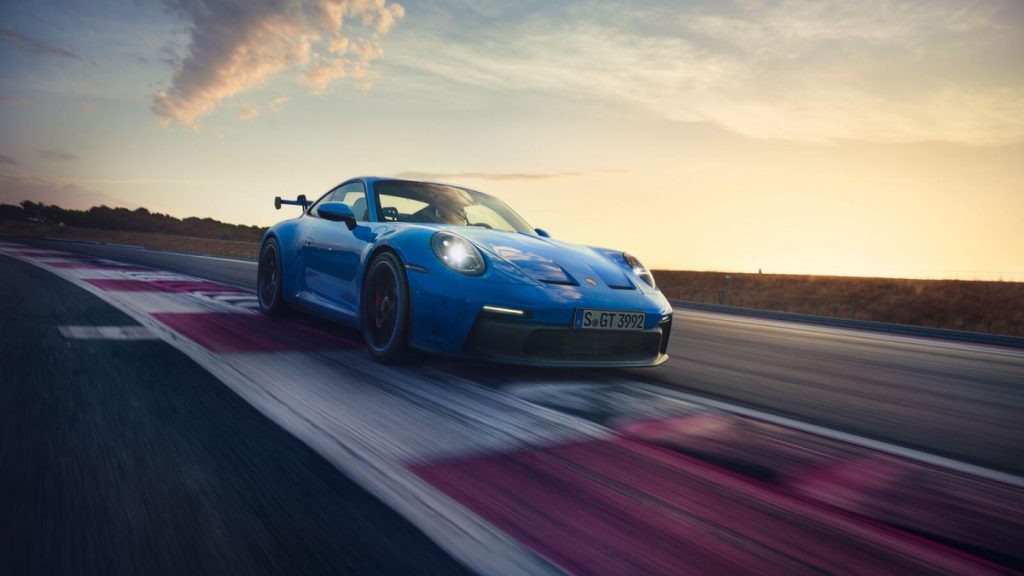