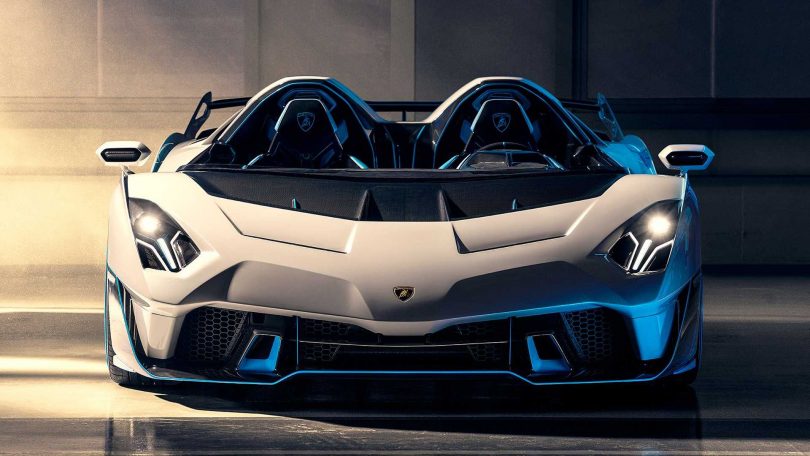 Lamborghini has launched yet another derivative of the Aventador, the SC20. This is a roofless variant but this is not the first time that the Italian carmaker has made a roofless car. The Aventador J, which was also a special edition based on the Aventador was a roofless hypercar as well.

The SC20 is created by Lamborghini Squadra Corse and is a road-legal car as opposed to the SCV12 which was launched earlier this year as a track-only coupe. The Squadra Corse had also built the SC18 Alston which was the first car built by them outside the motorsport world. Similar to the SC18 Alston. The SC20 is powered by a 6.5-litre naturally aspirated engine which makes 770 HP of power and an astounding 710 Nm of torque.

These specs are somewhat similar to the SVJ, which is till now the most powerful derivative of the Aventador. The gearbox is a 7-speed Independent Shifting Rod (ISR) and the power is channelled to all four wheels. The tyres offered are Pirelli PZero Corsa with the 20-inch front and 21-inch rear wheels.

On the exterior, the design language is in tune with the Squadra Corse’s concept of styling with aggressive cuts and creases. Lamborghini claims that the design is inspired by the J, the Diablo VT Roadster, Veneno Roadster, and the Gallardo-based Concept S. The taillights are quite quirky and have a resemblance to that on the Lamborghini Sian. The supercar is painted with Bianco Fu as the primary colour with subtle Cepheus Blue inserts. Carbon-fibre has been used extensively in the interiors to make the car as lightweight as possible without compromising on the structural rigidity whereas the door handles are finished in solid aluminium and the seats are finished in leather and Alcantara. The bonnet is inspired from the Huracan GT3 Evo and the rear wing is completely done in carbon fibre with three adjustable positions Low, Medium and High,

This will be the only SC20 made by Lamborghini and hence making it as one of the rarest among all the supercars. The owner is yet to be confirmed and also Lamborghini has not yet put up an official price tag for this supercar. 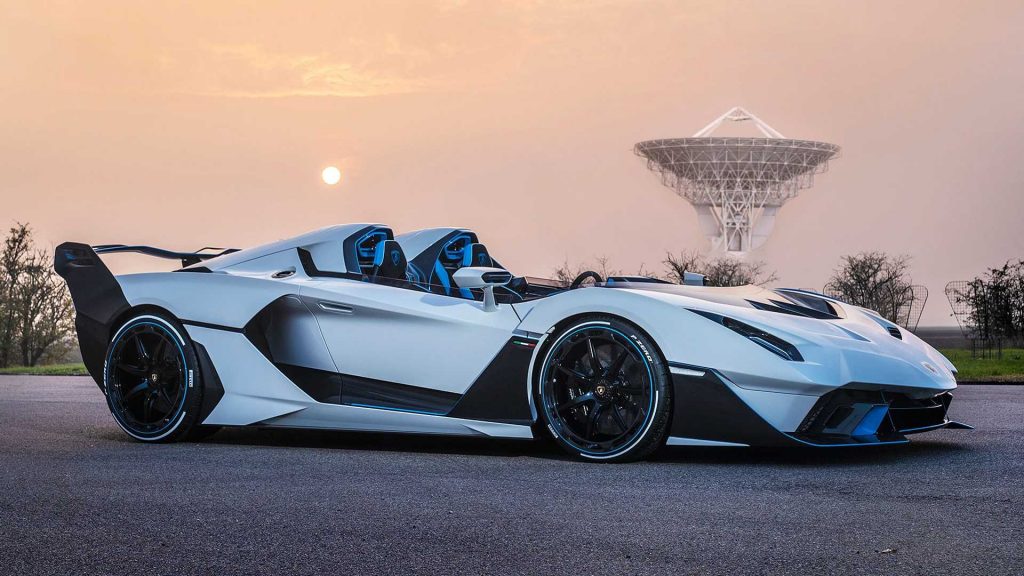 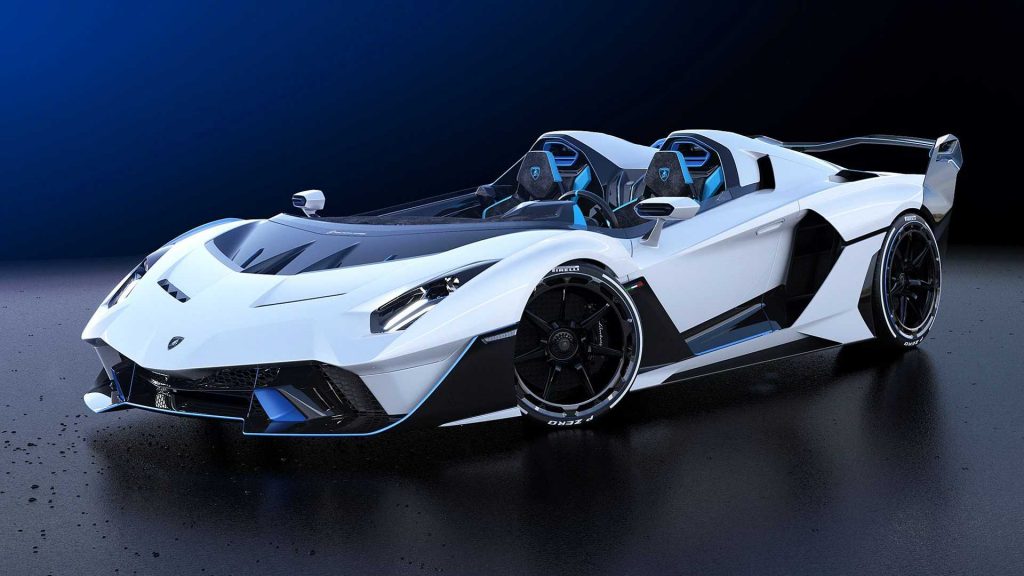 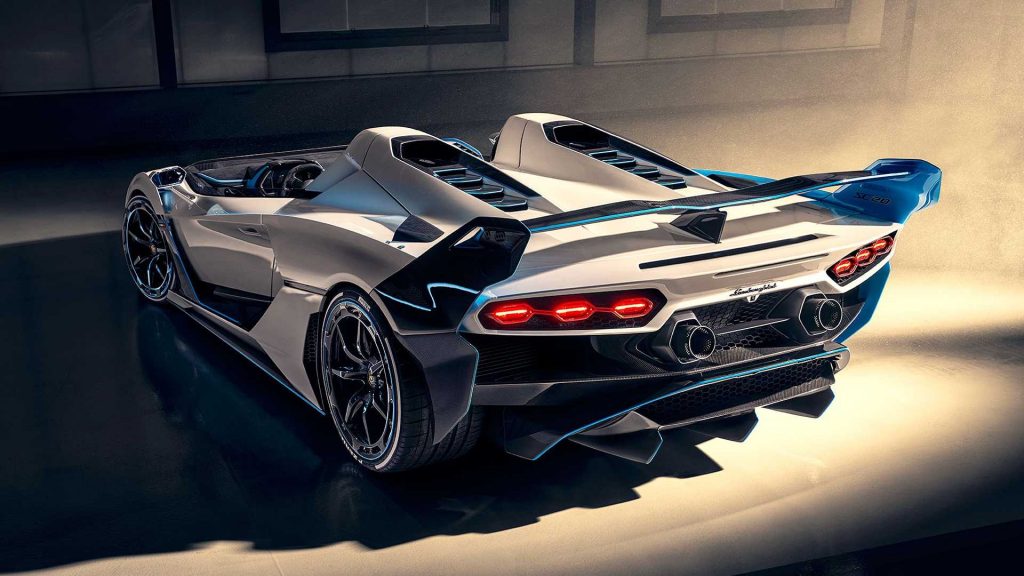 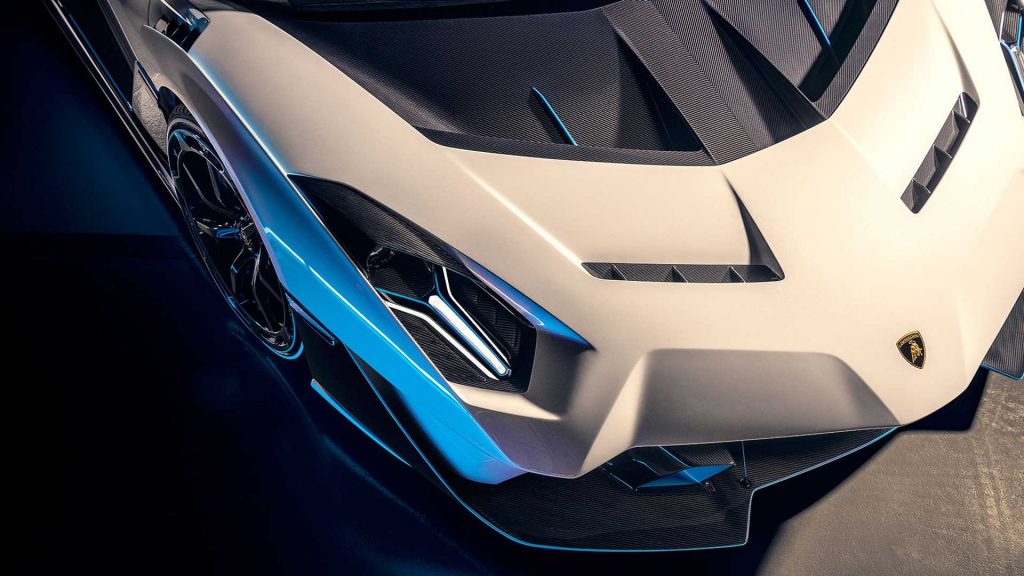