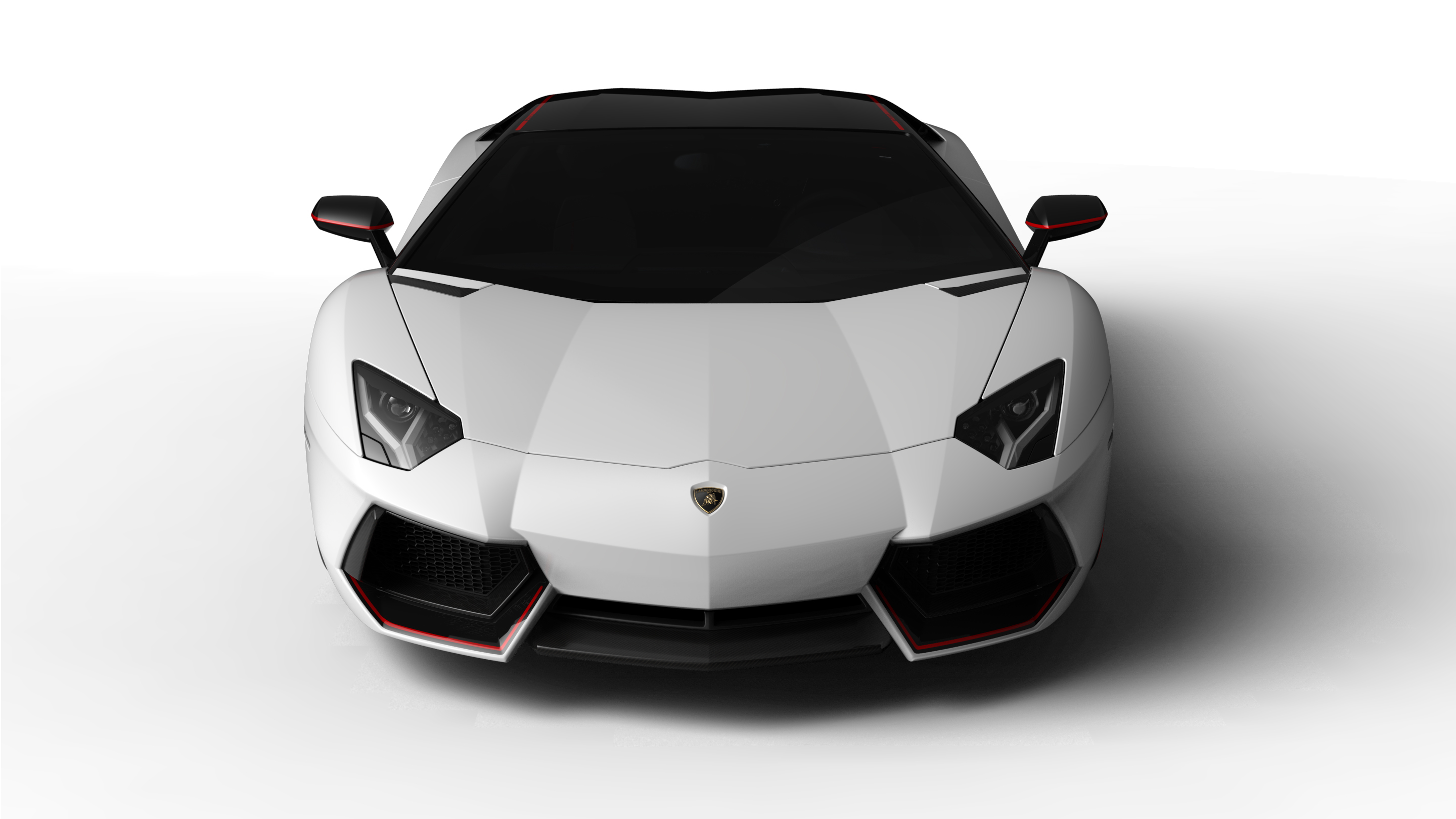 Lamborghini has announced production of an exclusive new special series, the Aventador LP 700-4 Pirelli Edition, created to celebrate the long and ongoing history of collaboration with prestigious Italian tire manufacturer Pirelli. The partnership began back in 1963, the year the House of the Raging Bull was established, and since then all Lamborghini cars have been equipped with Pirelli tires.

The new Aventador Pirelli Edition, available in Coupé and Roadster versions, will be produced in a special series and is available to order now from dealers, for delivery early summer 2015.

The super sports car maintains all its unique technical features, first and foremost the carbon fiber monocoque, the V12 engine, pushrod suspensions and the permanent all-wheel drive. The special Pirelli series is enhanced by exclusive equipment specifically designed by the Lamborghini Centro Stile.

The exterior sports a two-tone color scheme in two options. The first is matte black for the roof, the pillars, the rearview mirrors, the engine hood, and the front, rear, side and moving air intakes, in contrast with six glossy finishes for the rest of the body (Giallo Spica, Rosso Mars, Bianco Isis, Nero Aldebaran, Grigio Liqueo, and Grigio Ater). The second option is glossy black for the upper parts of the car and the air intakes, in contrast with four matte finishes for the rest of the exterior (Bianco Canopus, Nero Nemesis, Grigio Adamas, and Grigio Titans).

Another distinctive element of the body is a thin red stripe that runs along the roof and the engine hood, the rearview mirrors, and the outer profiles of the air intakes, a stylistic feature designed to evoke the unmistakable Pirelli branding. The Pirelli logo, once again in red, is visible at the start of the two roof lines and on the tires.

Standard equipment for the exterior also includes the transparent engine hood, the engine compartment in carbon, glossy black Dione 20’’/21’’rims, P Zero tires with red logo and red calipers (yellow only in the case of the Rosso Mars exterior).

The interiors of the Aventador Pirelli Edition are upholstered with black Alcantara with red contrast stitching. The red stripe on the body is also repeated on the inside, running along the interior ceiling and the seats, which feature the Lamborghini and Pirelli crests embroidered in red. Leather inserts adorn the door panels and the seat sides. And finally, to underscore its exclusiveness, each car will have a ‘‘Pirelli special series’’ plaque inside. 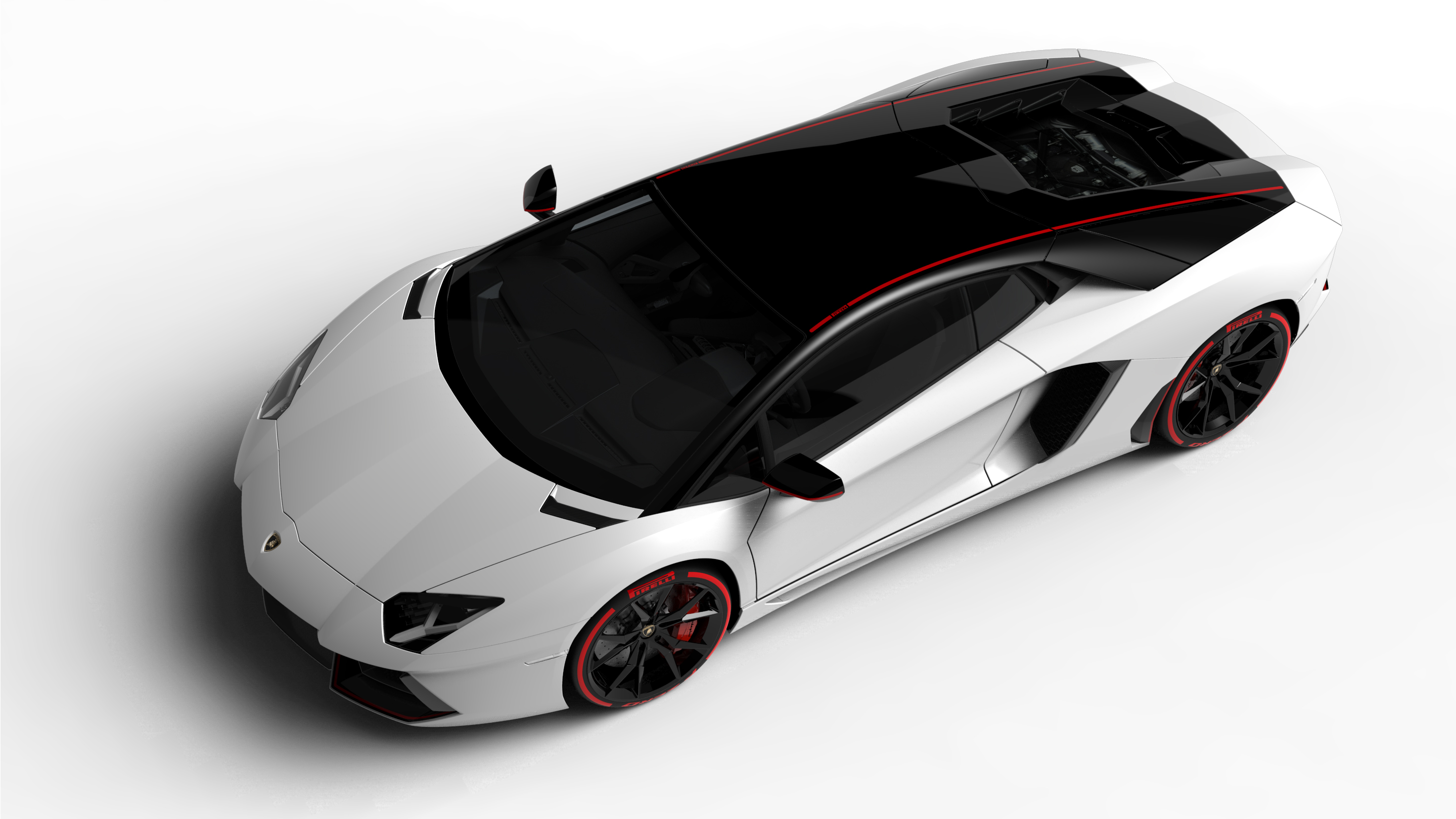 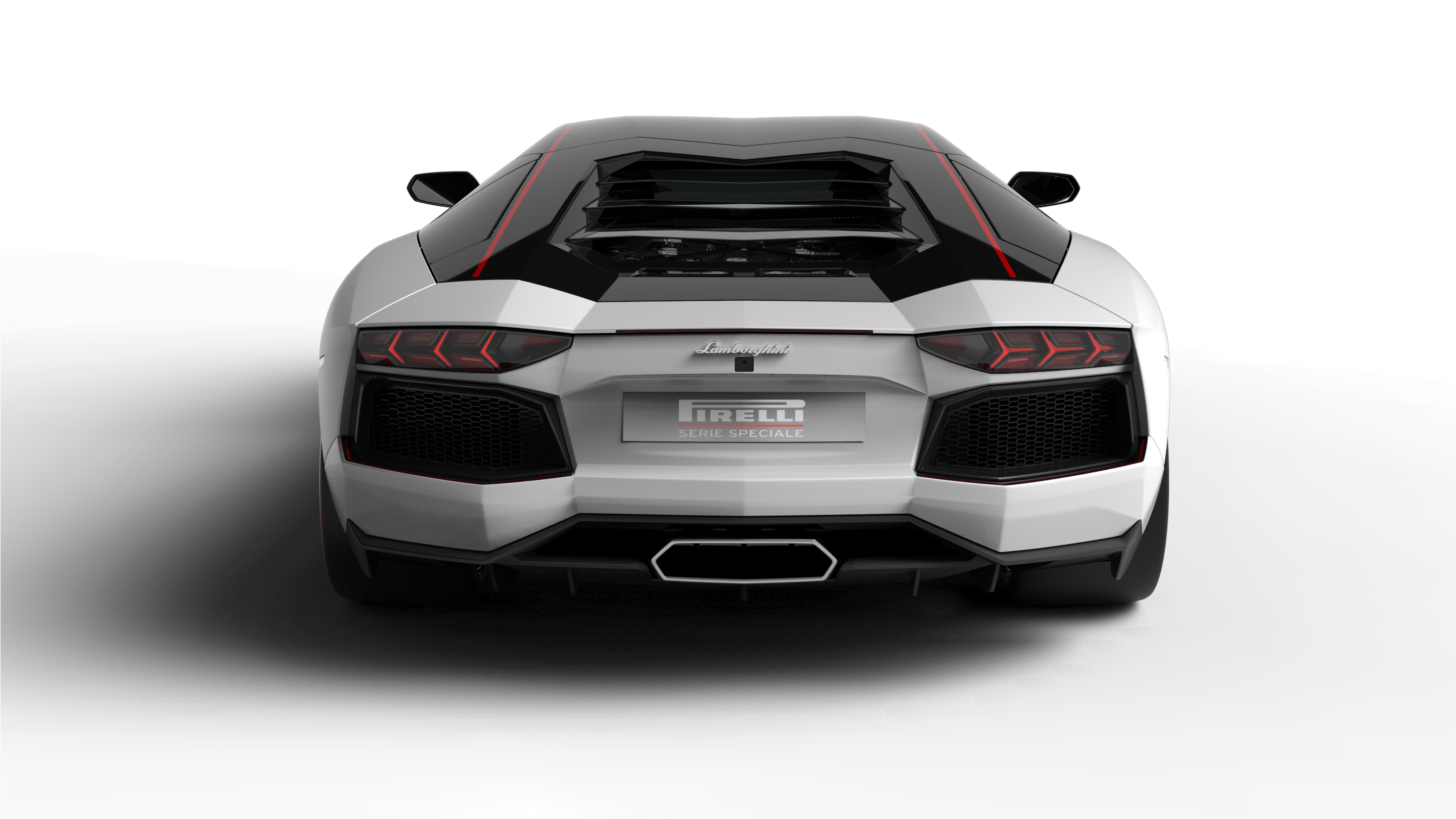