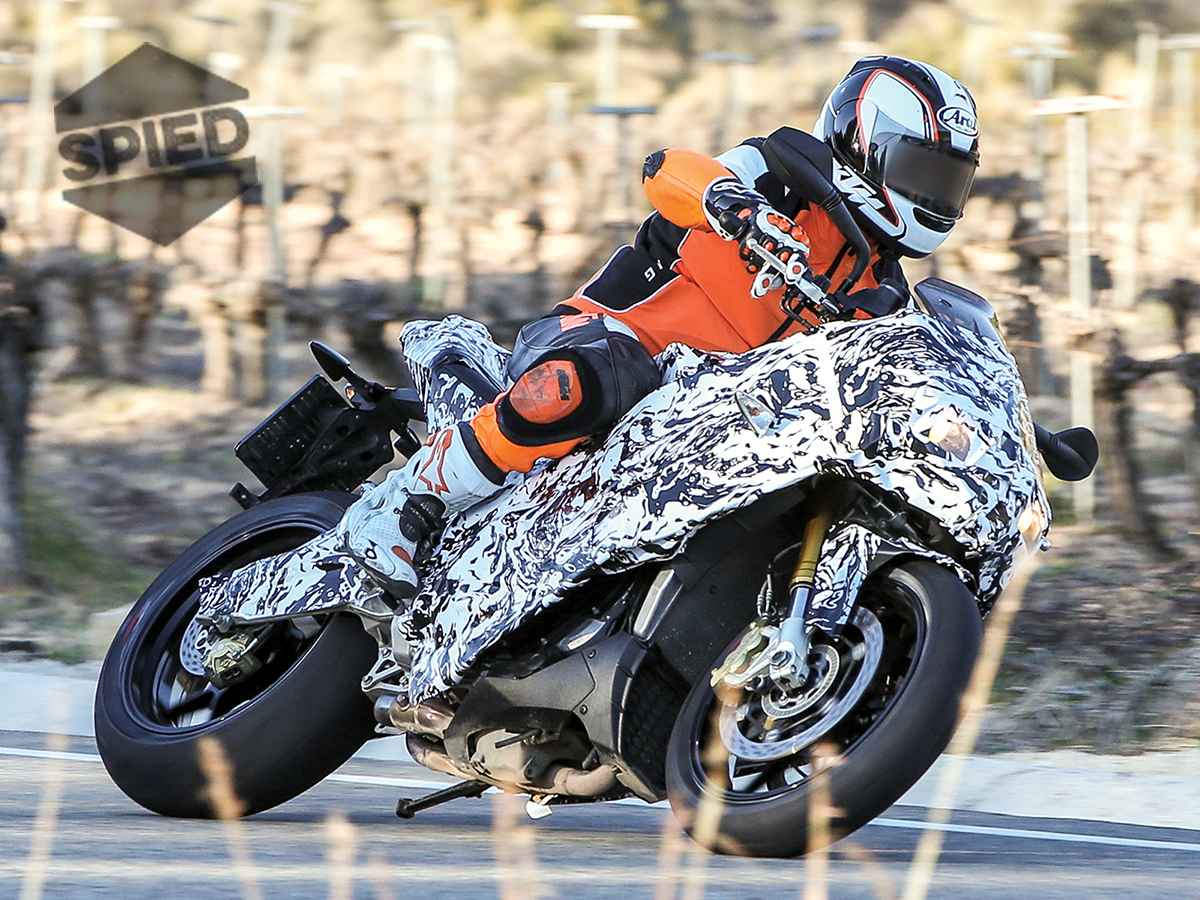 There have been rumors that KTM is working on a new V-4 powered sportsbike, but weren’t sure until this.

A KTM factory test rider was spotted along with a camouflaged motorcycle on international soil. The bike somewhat looks like the Aprilia Tuono V4 R. Now we wonder if this could be the replacement for the RC8. With heavy competition from Yamaha R1 and Kawasaki Ninja H2, we haven’t seen much of the RC8.

But in a recent interview the KTM President, Mr. Stefan Pierer mentioned that this bike will produce 200 horsepower and will be called the RC16. However this bike won’t be meant for the streets and KTM plans to produce MotoGP prototype based on this bike for 2017. This bike will also be available for normal customers but only for track use, like the Kawasaki Ninja H2R. So it remains unclear if this would be KTM’s liter class flagship worldwide.

Although the RC8 is not launched in India, we have seen some great smaller cc bikes from KTM in the past few years. Along with Bajaj, KTM has established a decent market share in India. Considering this, KTM to introduce liter class superbike in India seems like a distant dream.