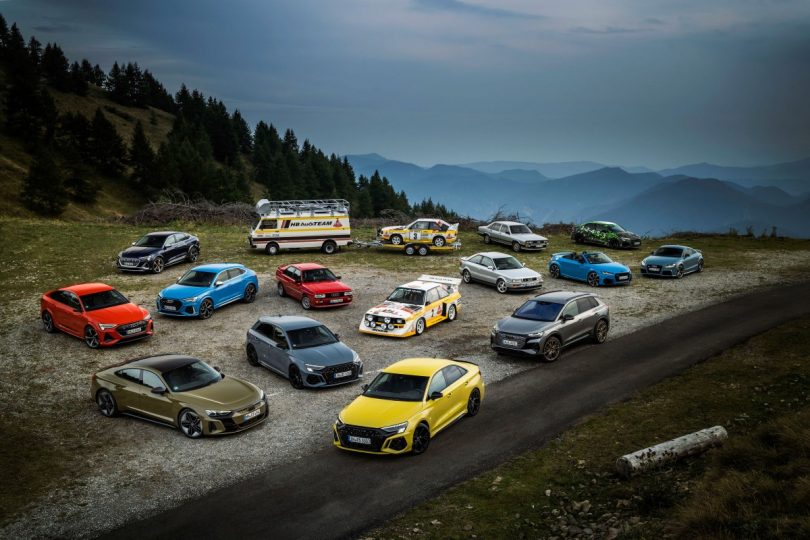 Released in 1980, Audi’s infamous Quattro drive system combines dynamic handling, driving stability, traction, safety, technical expertise and top performance. The term “Vorsprung durch Technik” symbolises a system that transfers power to all four wheels, making Quattro exclusive to the Audi brand. The journey of the original Quattro to the current electric all-wheel-drive system and torque vectoring found in Audi’s e-Tron series is one for the ages.

The 1980 Geneva Motor Show saw the debut of a lightweight, compact and efficient all-wheel-drive system with minimal distortion. Termed the Quattro, the concept was not only new for the passenger car segment but was also suitable for Audi’s fast and sporty cars. The system has been synonymous with Audi for over 40 years, gaining widespread recognition, acclaim and achievements towards motorsports and customers alike.

Advertisements and campaigns featuring the Audi 100 CS Quattro, driven by professional rally driver Harald Demuth up a ski jump, further contributed to its renowned status. With age for e-mobility and manufacturing 11.8 million cars, Audi aims to set the benchmark by introducing the electric Quattro in e-tron models.

The Quattro is a purely mechanical all-wheel-drive system, made available in all Audi models except for the A1 series. The RS torque splitter is the latest feature found on the system in the new Audi RS 3, distributing torque variably between the rear wheels. Electric Quattro made its debut in 2018 with the e-Tron and e-Tron Sportback, where dual electric motors power the front and rear axle, respectively.

The S-series of the e-tron line-up features a system using three electric motors, with 2 powering the rear-axle. This enables electric torque vectoring with targeted torque distribution between the two rear wheels, allowing the Quattro drive system greater agility and traction. Since Quattro has always been known for its infamous traction, driving experience and safety, Audi ensures its coverage across its model range.

How does it function?

The vehicle monitors the all-wheel drive and torque vectoring systems using the electronic chassis platform and the permanent driving information. In the Audi e-Tron, this system calculates the longitudinal and transverse torque distribution, manages the rear wheels, prevents slippage and makes handling even safer. Electric all-wheel-drive is typically activated in scenarios with low-friction roads, enthusiastic driving and coasting or braking for energy recuperation.

Acting as generators to convert kinetic energy into electricity for the battery, the electric motors are activated when the car decelerates to a value of 0.3 g. The e-Tron S regenerates up to 270 kW of power during braking and accelerates using 370 kW of boost power with 973 Nm of torque. Driver’s can customise the ‘Quattro’ system using the standard ‘Audi drive select’ dynamic handling system and the electronic stabilisation control (ESC).

Audi’s drive select allows users to customise the car’s handling and performance to make it comfortable, efficient or sporty. Road conditions and personal preferences are also factors that affect the steering assistance and drive characteristics, among other variables. Various ESC programs are customisable while off-roading to optimise stability, traction, and braking to activate the hill descent assist system. 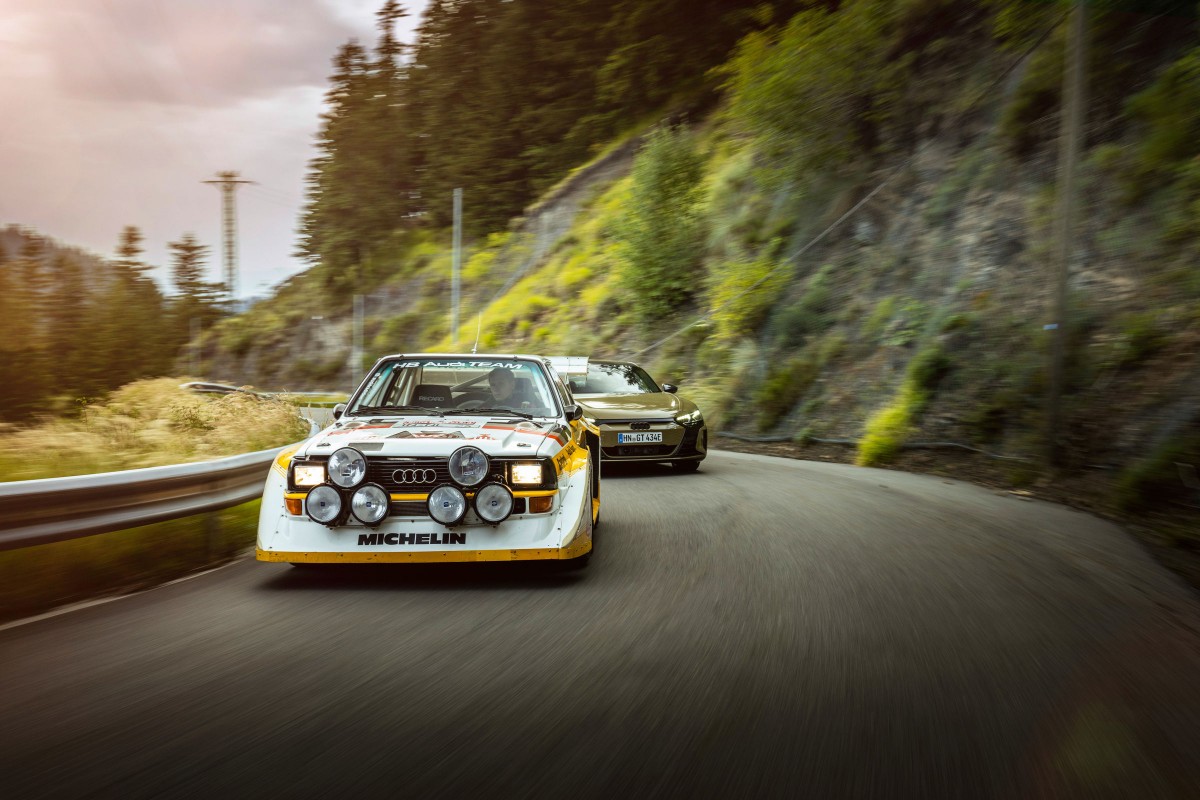 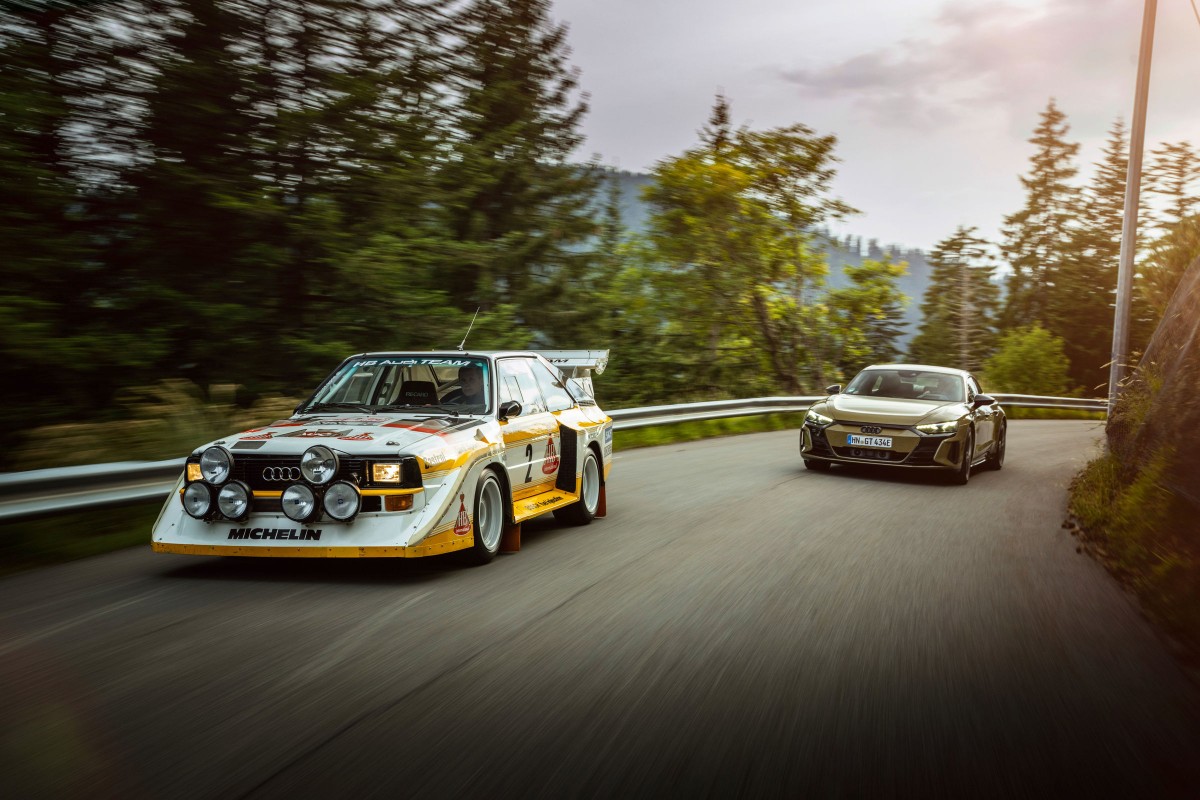 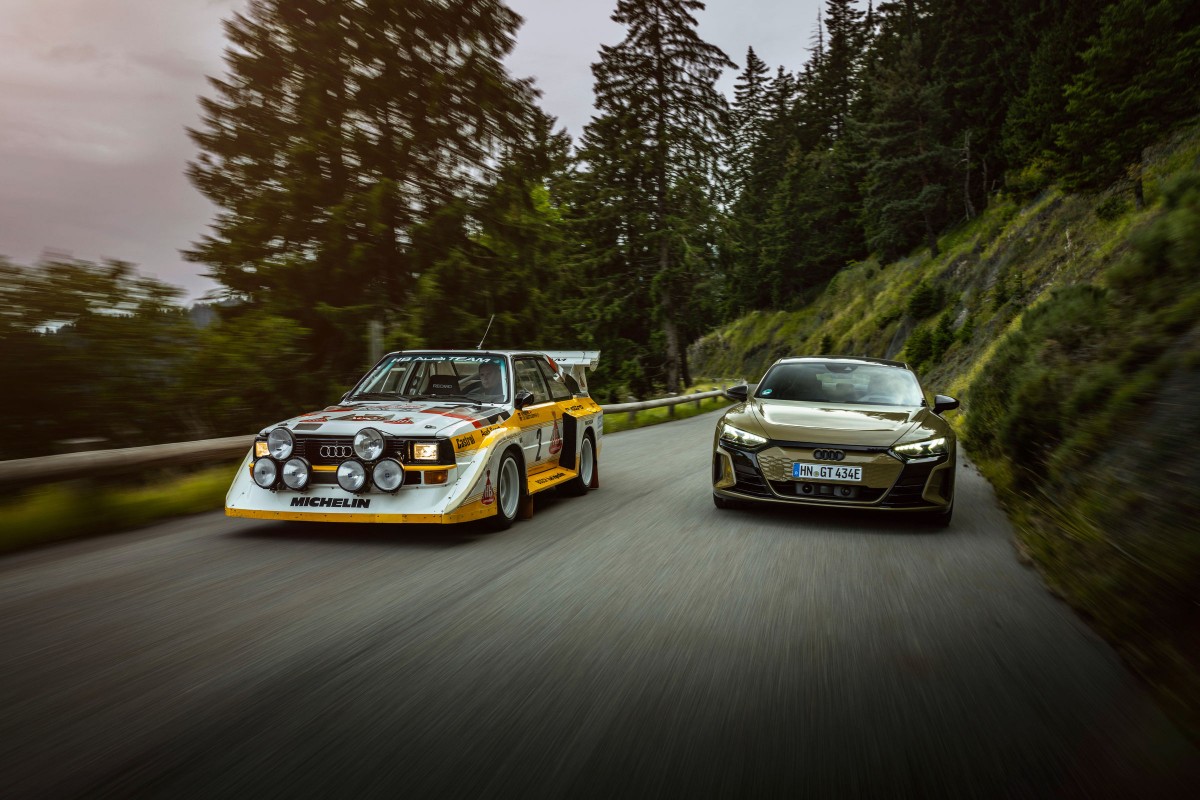 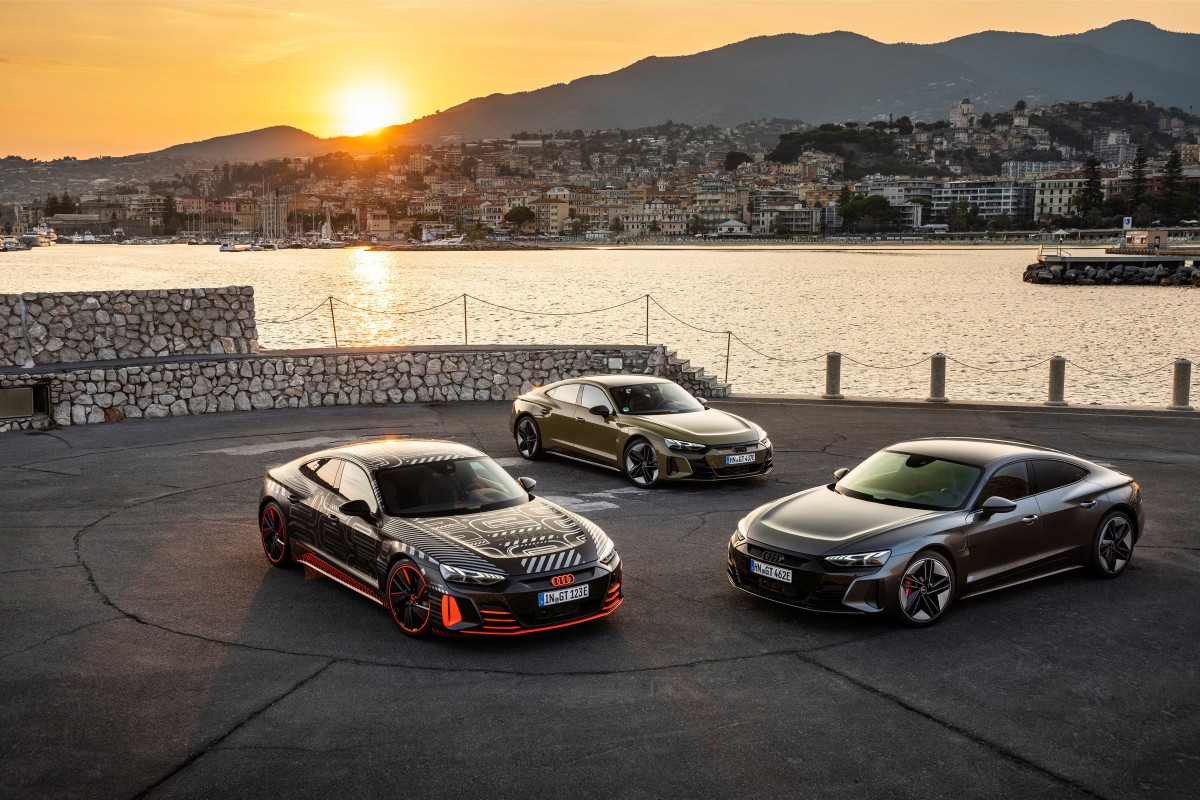 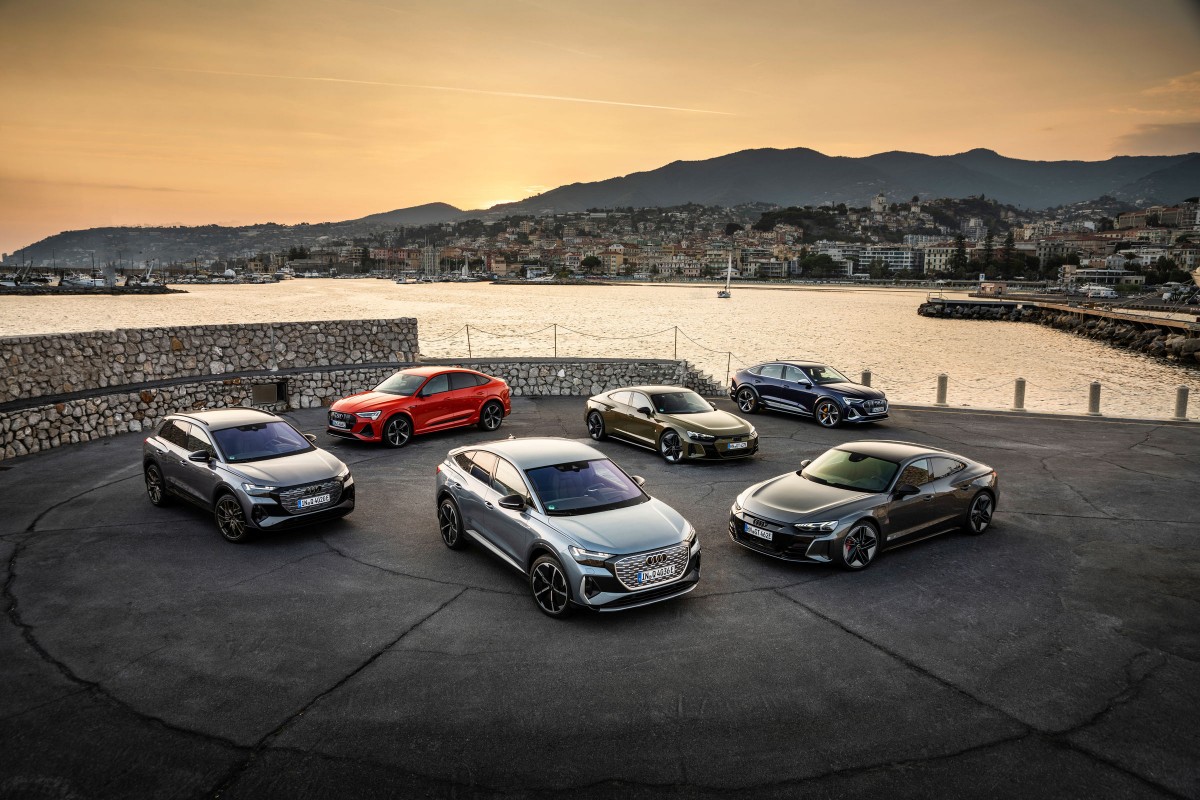 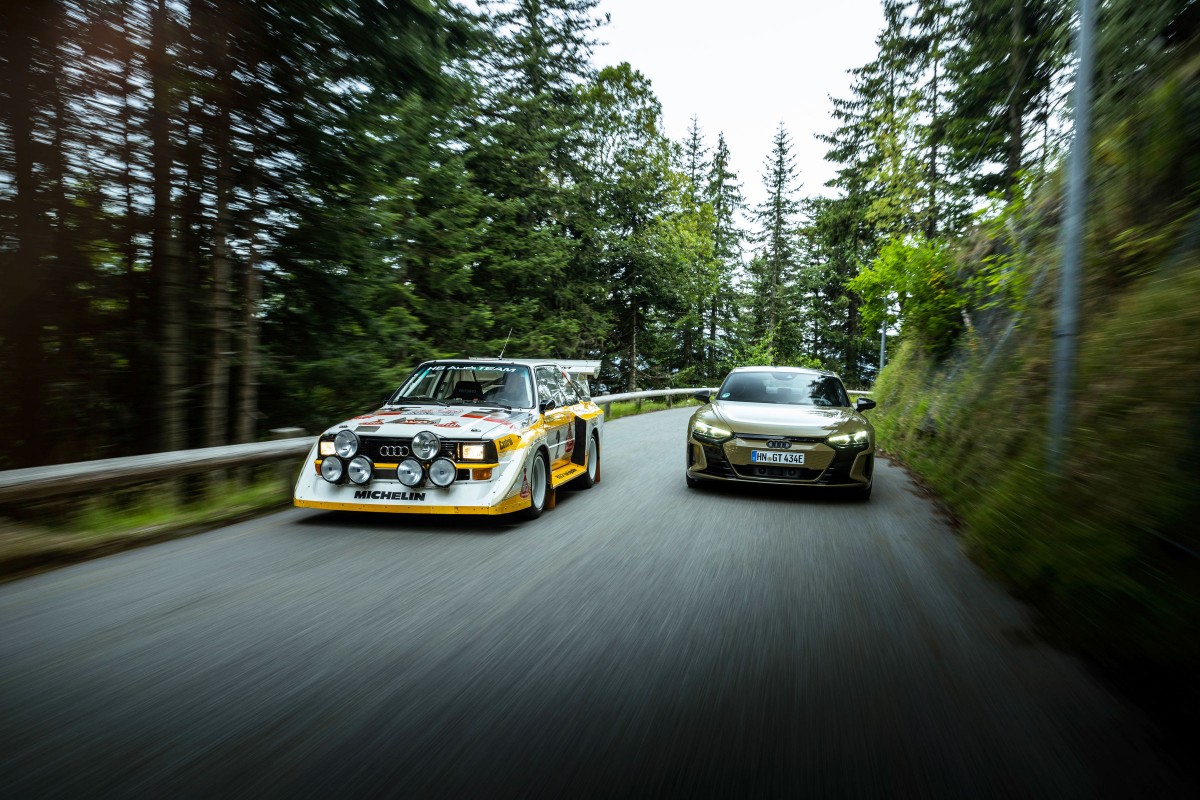