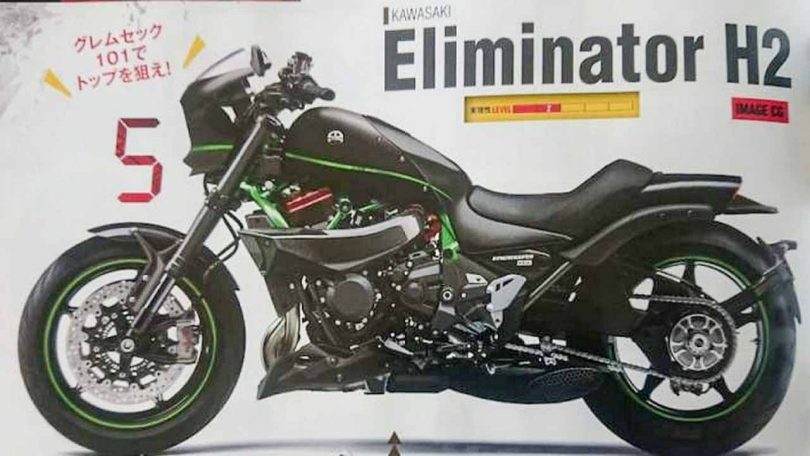 A rendered image of the Kawasaki Eliminator H2 has appeared on the internet. The new turbo-cruiser appears to be an amalgamation of the Eliminator cruiser motorcycle and the H2 engine and chassis. The motorcycle is also likely to borrow a few components from the Z H2 turbocharged naked motorcycle. The Eliminator H2, if they call it that, is likely to come with an upright design language, wide handlebars, raked front suspension, a teardrop style tank, ergonomic seating, chopped fenders, alloy wheels etc. The rendered image also shows the hallmark green finished chassis and matte black body which reverberates with the brand’s H2 design theme.

In the engine department, the Kawasaki Eliminator H2 could borrow the engine from the Kawasaki Z H2 which employs a 998cc in-line four-cylinder liquid-cooled, 4-valve DOHC, Supercharged engine with a highway-specific supercharger design tuned for highway riding characteristics. The Z H2’s supercharger has been specifically designed for street use and features a planetary gear train that uses the engine power but amplifies the speed by 9.2 times the speed of the crankshaft. The Kawasaki Eliminator H2 is also expected to use the same Dog-Ring transmission and slipper assist clutch that does duty on the Z H2. The motorcycle is also expected to feature a strengthened trellis frame that rides on the upside-down front fork and a monoshock on the rear integrated with riding modes to provide the optimum balance between performance highway riding and urban runabouts.

The Kawasaki Eliminator H2 is expected to break cover by the end of 2021 and is likely to compete against the Triumph Speedmaster 1200 and Honda Rebel 1100. 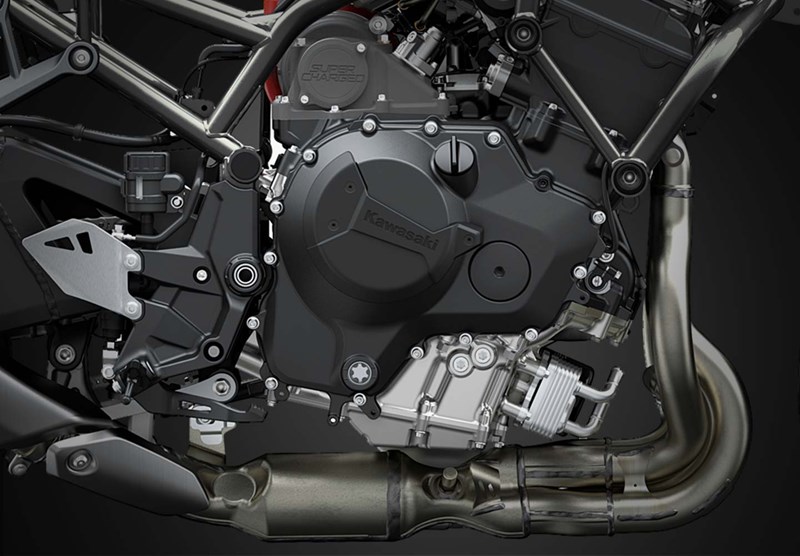