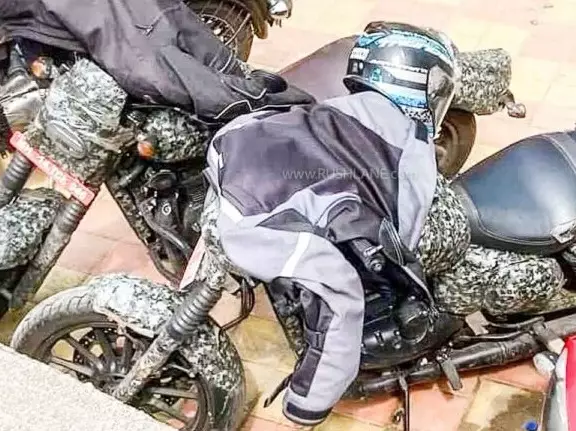 Jawa is reportedly planning to launch a modern classic roadster that will take on the Royal Enfield Hunter 350. Spy shots have emerged on the internet that suggest that, indeed, Jawa is testing the motorcycles. The motorcycles in the images look heavily camouflaged, but there are some subtle details that we can talk about. The overall design is similar to the other Jawa titles on sale in the market. But, some distinctive additions will make this cruiser motorcycle stand out in the crowd.

From the looks, the headlight is round in shape. Another highlighting design feature in the front is the small fly screen. The motorcycle will most likely get the same fuel tank and under-seat panel, very similar to what we see in the current Jawa models. The rear section of the motorcycle looks like it is carrying a new long and swapping fender. Other highlights as identified from the spy shots include black alloy wheels, front fork gaiters, blacked-out engine casing and a very similar-looking exhaust as found in Royal Enfields.

As per the power unit is concerned, Jawa will most likely use the same engine as with the Standard and Forty-Two model. This is a 293cc liquid-cooled single-cylinder motor that makes 27 BHP and 27.05 Nm. The equipped gearbox is a 6-speed unit. As of now, we cannot comment on the features that will come with the motorcycle. But, as we move more towards the connected tech world, Jawa might surprise us with some tech overhaul. 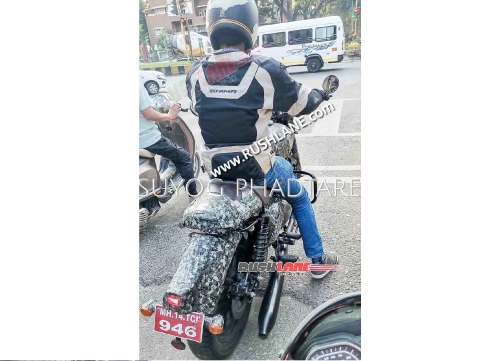