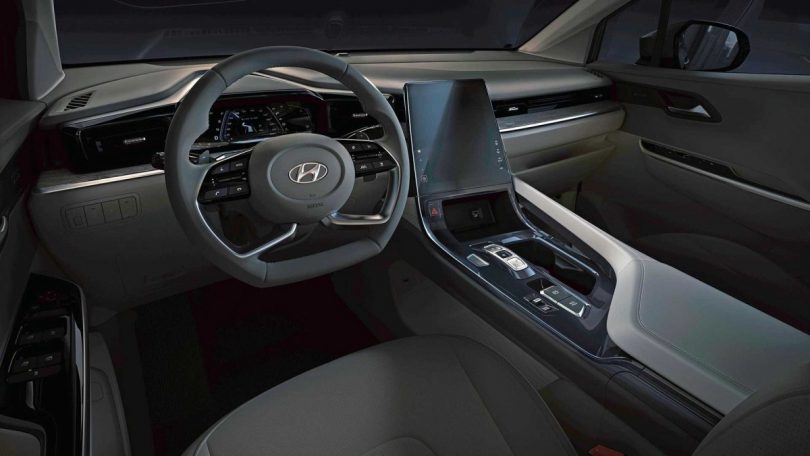 The Hyundai Custo will come with a multilayered dashboard and Hyundai’s new-generation D-Cut steering wheel. The steering wheel features controls for the infotainment and the instruments. The bridge type centre console features a generous armrest for the driver as well as the front passenger. The raised tunnel also features shift-by-wire drive select, an electric parking brake with auto-hold function, a smartphone charging cradle and two cup holders.

But the piece de resistance is the central infotainment system which also appears to integrate the air conditioning controls. The air conditioning controls also get dedicated feather touch keys on the infotainment screen for easier access. The brand will be offering a sizeable vertically-oriented touchscreen that rises from the central console. The car also features a digital instruments cluster with integrated navigation, as seen in the teaser images. The Custo will also come with wooden embellishments on the dashboard, chrome trim, intelligent storage spaces and high-end features.

The Hyundai Custo MPV will come with a 2+2+3 seating layout. The middle row features plush captain seats with a contoured design and premium quilted pattern stitched into the seatbacks. The seats will also come with individual electric operation with controls on the armrests. The seats also feature a pop-out leg rest, making long journey’s more comfortable. Hyundai is also likely to add a rear entertainment system with individual screens mounted on the front seatbacks. The third row will come with bench seating, but it is hard to hypothesize the legroom and headroom at this point.

The Hyundai Custo will make its debut on 27th August 2021. The brand is developing the MPV under the Beijing Hyundai joint venture, and the car is likely to go on sale in the Chinese market first. Looking at the demand in the three-row SUV/MPV market in India, the brand is also likely to launch the Custo in our country in the future. 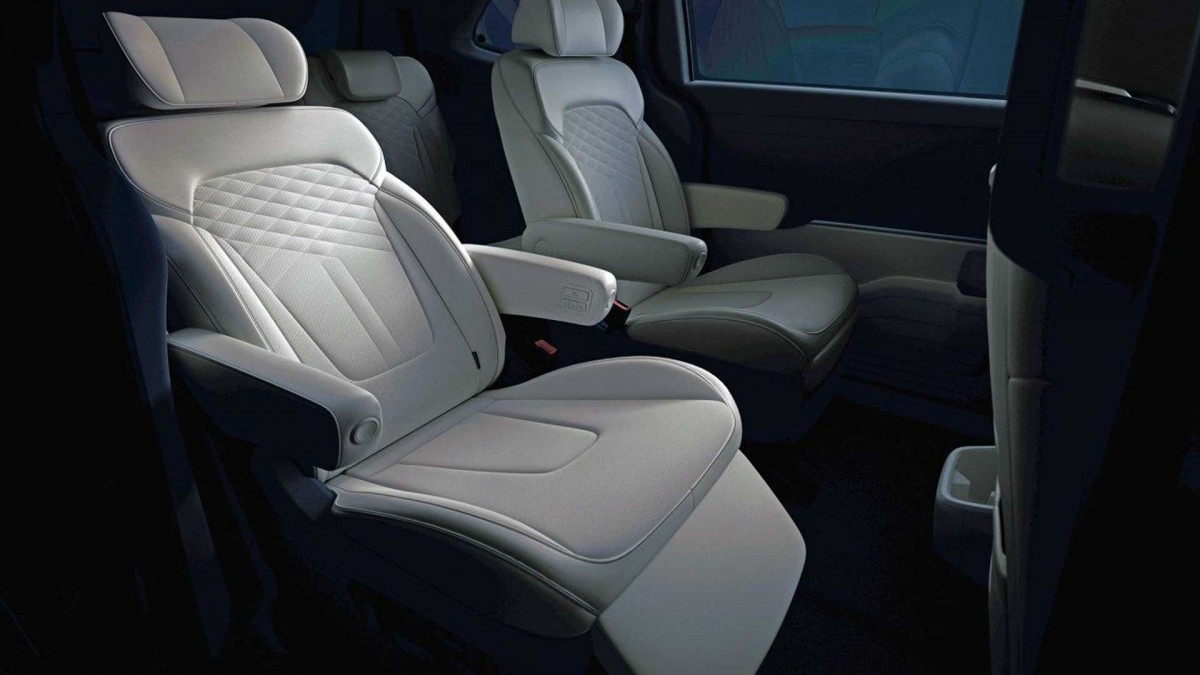 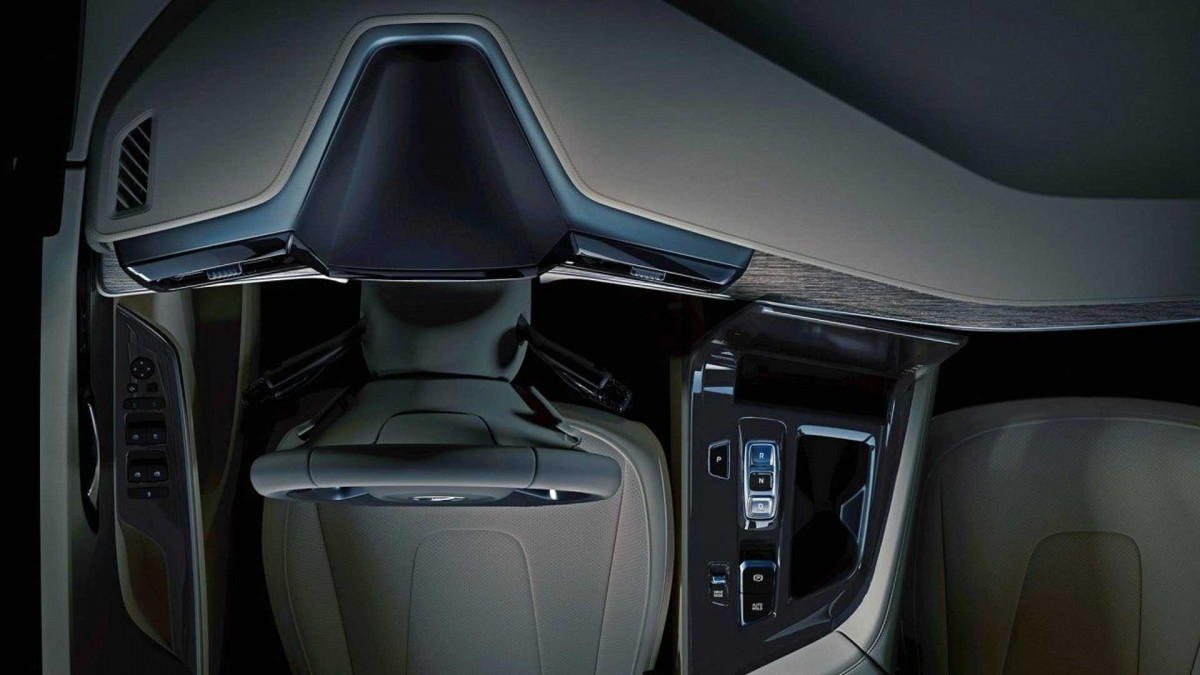