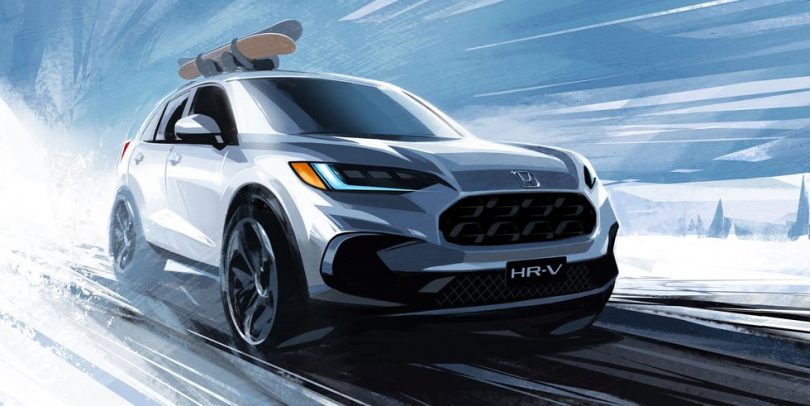 Honda has revealed the upcoming HR-V SUV in design sketches. The wintery sketches of the new HR-V reveal that the family SUV will be based on the Honda Civic platform. The SUV is targeted primarily for the North American markets, and the brand has not revealed if it plans to introduce the HR-V in other developing markets such as India. The 2023 Honda HR-V is likely to go on sale later this year.

The 2023 Honda HR-V is likely to be based on the new Honda Civic. The sketches reveal a new front fascia featuring sleek headlamp units and a wide grille. Lower down the bumper, the car features a C-shaped air dam with a sleek yet aggressive design. The brand also gives the new Honda HR-V new LED light signatures that make the headlamps appear a little bit larger than the current model. The HR-V will come with rounded wheel arches and alloy wheels, that fill up the wheel wells. The car comes with a progressive roofline and a back that slopes in, giving it the signature Coupesque design. The rear end also comes with LED taillamps in a wraparound style.

Speculation is that Honda will employ the latest-generation powertrain from the Civic sedan. This leads us to believe that the HR-V will come with a naturally aspirated 2.0-litre petrol engine that produces 158 Hp of power. In addition to this, the HR-V will also come with a 1.5-litre turbo-petrol engine that churns out 180 Hp of power. A new hybrid engine is also likely to join the line-up. The engines are likely to be an upgrade as the current HR-V gets a 1.8-litre unit that makes 141 Hp of power.

Back in 2019, Honda was planning to bring the HR-V to India, but the plans have been shelved since the COVID-19 pandemic. 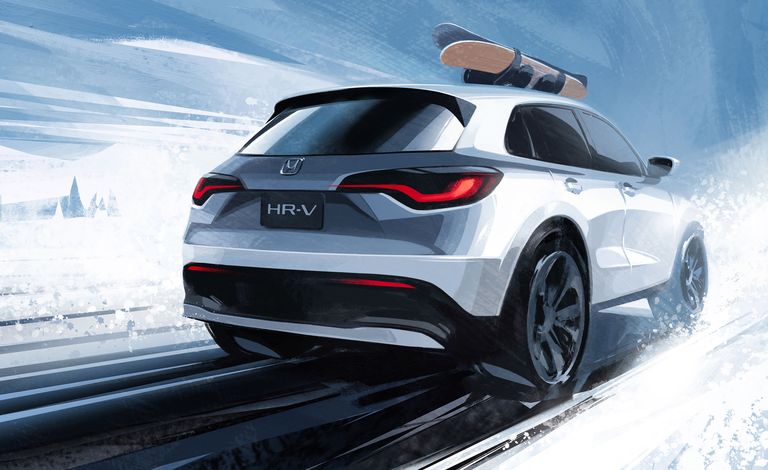