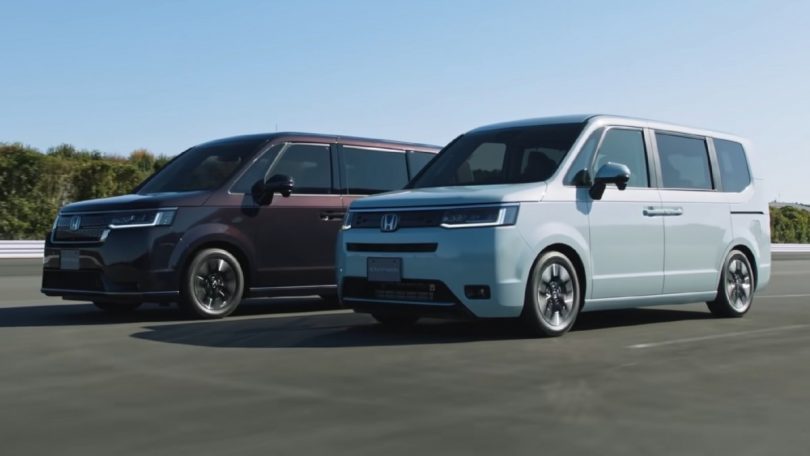 Japanese automotive giant Honda has unveiled an online preview of its all-new, sixth-generation Step WGN before its physical debut. Honda will showcase the Step WGN at the Tokyo Auto Salon and launch the minivan in Japan by spring 2022. Honda launched the first-generation Step WGN in 1996, which means that the minivan will celebrate its 25th anniversary in 2022.

The automaker stated that it would offer the 2022 Step WGN in two variants – Air and Spada. According to sources, the new Step WGN will feature hybrid and petrol powertrains with the EV sporting three drive modes. The e:HEV is likely to use a two-motor hybrid system with EV, Hybrid, and petrol-only during high speeds.

Honda has utilized its latest design language to create the sixth-gen Step WGN, which sports a clean and simple look. Meanwhile, the brand announced a flagship trim level for the Air variant of the Step WGN called the Premium Line. At the front, the minivan features neatly integrated LED headlights with LED DRLs and a horizontal character line.

With minor changes to the front bumper and grille of the Air and Spada variants, the minivan sports a two-box layout. Additionally, the new Step WGN features a long front overhang, a stretched A-pillar, a lower beltline, and large sliding doors. Along with 16-inch alloy wheels, the minivan features a flat tailgate, vertically shaped LED taillights, and a flat rear bumper.

Honda offers the Step WGN as a 3-row minivan that can accommodate around 6 passengers with loads of head and legroom. For the middle row, Honda offers two individual captain seats for passengers, which feature reclining footrests and armrests. Middle row passengers can also slide the captain seats towards the front and back along with left/right sides. Along with a foldable third row, the Step WGN features an easy-to-clean, water and oil-repellent “Fabtech” upholstery across the interior.

Meanwhile, the front dashboard of the Step WGN houses the large 11.4-inch touchscreen infotainment system along with HVAC controls. Honda also offers a 10.25 digital driver’s display and a front passenger-mounted, practical tray above the glove box. The center console of the new Step WGN features the buttons for the automatic gearbox and honeycomb-pattern, slim climate vents. Other details of the new Step WGN include the roof-mounted 15.6-inch monitor for rear passengers and ADAS features. 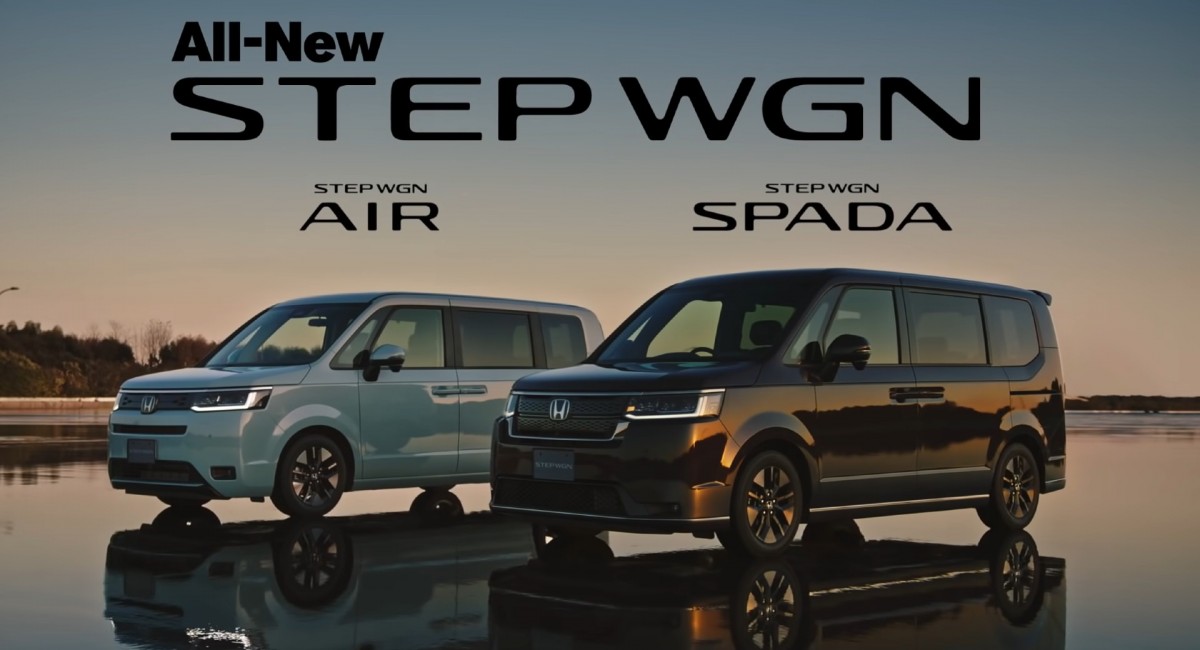