In the engine department, the new City is likely to have the BS6 emission compliant 1.5-litres i-VTEC petrol engine with the option of a 5-speed manual gearbox and a CVT (Continuously Variable Transmission). The petrol engine is likely to be carried forward from the predecessor which makes 119 PS of power and 145 Nm of torque. Earlier it was also speculated that the engine would be a refreshed version of the 1.5-litre engine with DOHC and with a different bore and stroke that produces 121 PS of power and is likely to have better noise and vibrations along with better bottom-end torque than the predecessor. Needless to say, the new engine will be BS6 compliant from the day of its launch. Honda is also expected to get the 100 PS / 200 Nm i-DTEC diesel engine in BS6 avatar for the new 2020 Honda City.

On the outside, the car comes with a completely refreshed styling that features LED headlights, LED daytime running lights and refreshed front and rear fascia. The interiors are also speculated to receive new updates such as an 8-inch touchscreen infotainment unit with connected features and Alexa integration as standard across all variants, multiple airbags, cruise control, traction control, vehicle stability assist, tyre pressure monitoring system, headrest on all 5 seats and 3-point seatbelts for all passengers.

The car had been spied testing on Indian roads and at the end of CY 2019, it was launched in Thailand. The car is expected to be launched around mid this year but is slated to be officially revealed on 16th March. 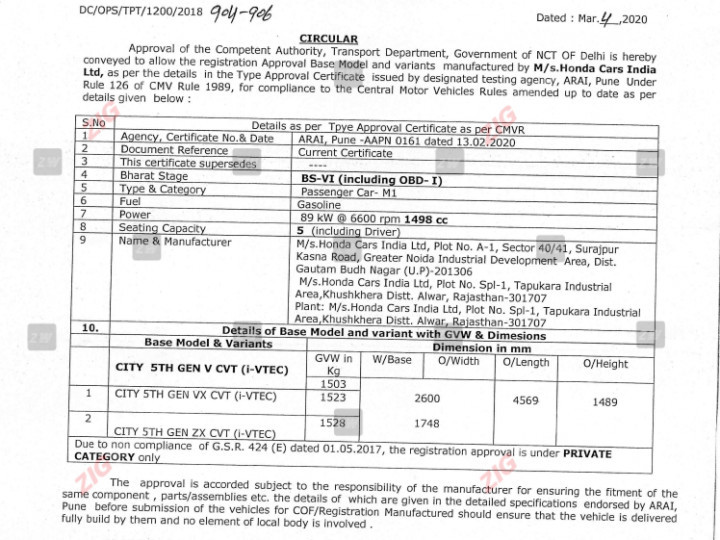 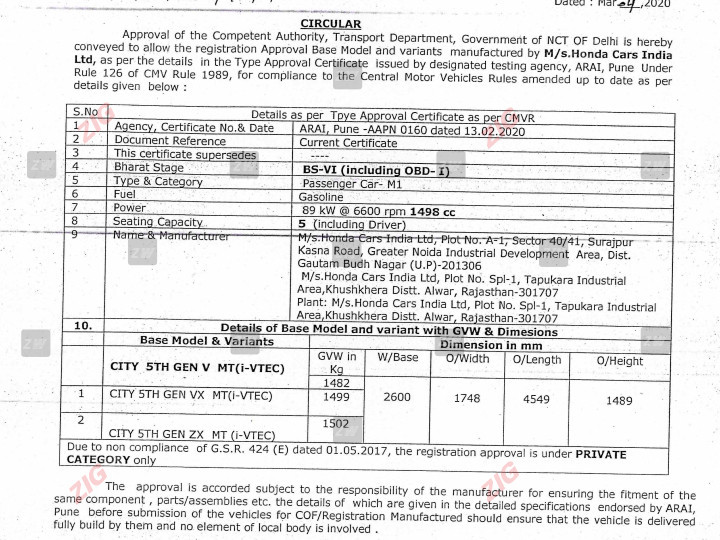