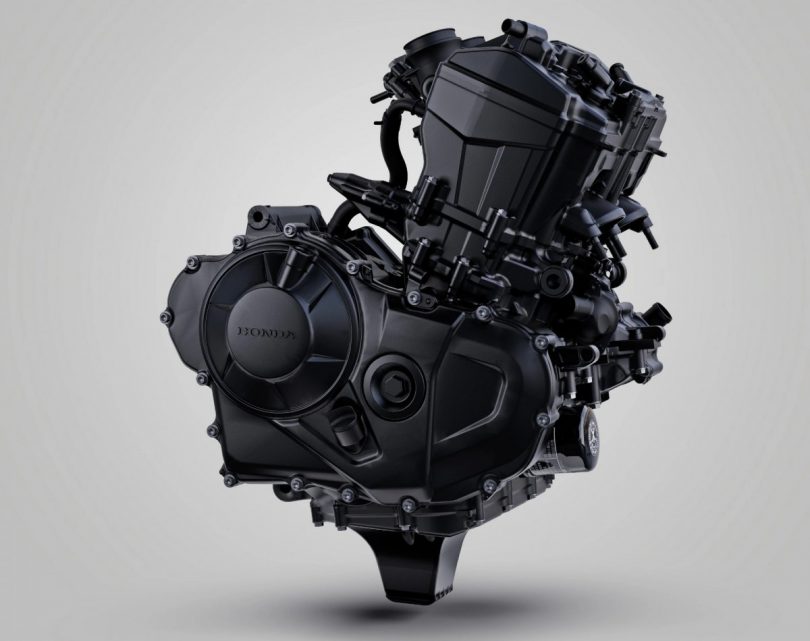 Honda has revealed details about the all-new 755cc parallel-twin engine that will power the upcoming Honda Hornet. In addition to this, the Honda Transalp adventure bike will also use the same engine. Honda will launch both these models as a part of its 2023 lineup. Honda already has a 745cc engine that it uses in the NC750 range. However, even with a 10cc increase in displacement, the new one will be very different.

Honda says the Hornet is a very special project for them. The company wanted to develop a motorcycle with good top-end performance while also delivering good bottom-to-mid-range torque. The latter makes it ideal in urban riding conditions and powering out of corners.

Honda designed the 745cc motor in the NC750 for low-end torque and better economy. Thus, it makes a modest 58 BHP at 6,750 rpm and 69 Nm at 4,750 rpm. However, the new Hornet’s engine is very different. The new 755cc engine churns out 91 BHP at 9,500 rpm and 75 Nm of torque at 7,250 rpm. Hence, even though they both are similar in displacement, the Hornet’s engine will offer a completely different feel and delivery. It is unclear if Honda will offer the new 755cc parallel-twin with a DCT gearbox as the NC750. Details about it will likely be out before its global launch.

Like most modern parallel-twin engines, such as the Yamaha MT-07, the new 755cc parallel-twin has a 270-degree crankshaft. This gives the engine the same firing interval as a 90-degree V-twin engine. Thus, improving not only improving the power delivery but also the character of the engine.

The 755cc parallel-twin engine will also get Honda’s Unicam SOHC architecture. Honda will borrow this from its CRF models. The Unicam architecture means it comes with a single overhead camshaft which acts directly on the intake valve, while it uses rocker arms to open the exhaust valves. It aims to offer a good compromise between SOHC and DOHC setup. Furthermore, it allows for a more compact cylinder head and a narrower included valve angle. The latter allows for a flatter roof to the combustion chamber. Thus, making it possible to achieve higher compression ratios.