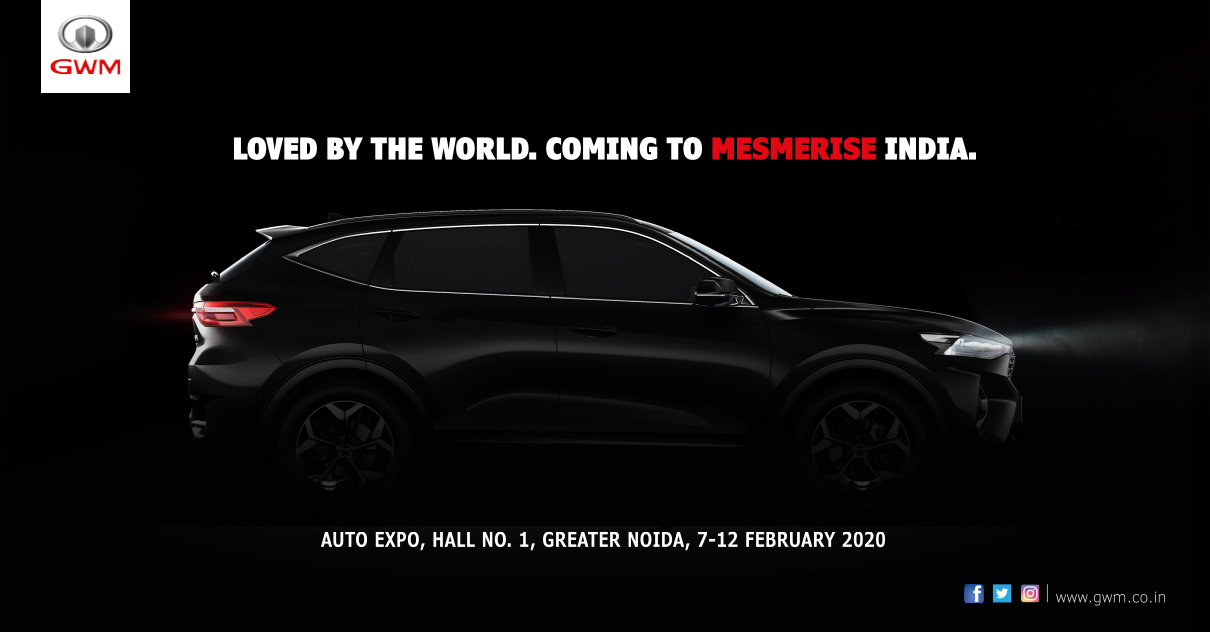 China’s largest SUV manufacturer Great Wall Motors which in short is known as GWM is ready to make its India debut on the 5th of February at the Auto Expo 2020 in Greater Noida, with the global premiere of its Haval Concept H and the Indian Debut of Concept Vehicle Vision 2025, announced the Chinese manufacturer. In addition to this, GWM will also showcase its range of Haval SUVs, a marquee owned by GWM which specialises in SUVs, GWM EV products and its innovations in connectivity, intelligent safety and advanced autonomous systems.

For its entry in India, on 17th January 2020 GWM signed an agreement to acquire the General Motor’s plant in Talegaon, near Pune, Maharashtra, which reinforces the brand’s commitment towards the Indian market.

Currently, GWM has a sales network in more than 60 countries along with marketing centres in Australia, South America, South Africa, Middle East and Russia. The brand has Research & Development centres in Bengaluru in India, China, Japan, South Korea, the United States of America, Austria and Germany.

The success of the Morris Garages brand in India has generated interest in a lot of manufacturers from the Chinese market to consider India as an opportunity for their global growth. MG Motor India has the Hector SUV and the ZS EV electric SUV currently on sale, both of which have been received well by the SUV loving Indian audience. It remains to be seen if Great Wall Motors, the largest SUV brand from China can replicate a similar marketing strategy which turns out to be successful at least in the short term.