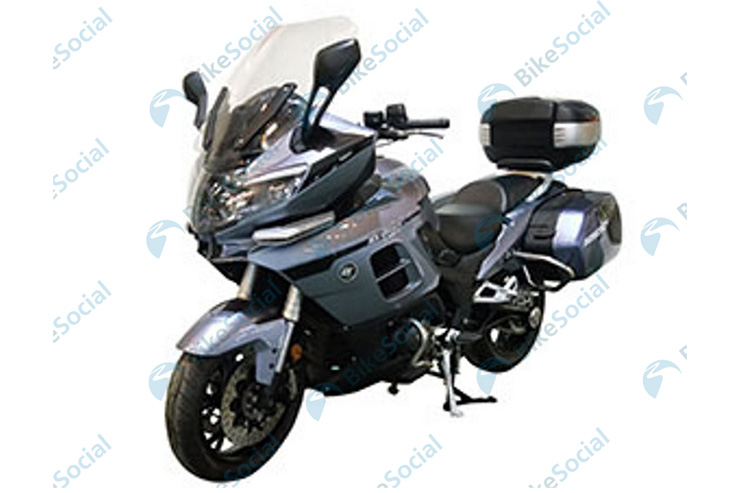 Benelli may be planning to bring in their most powerful motorcycle in the form of the QJ1200-3, the designs of which were seen back in 2016. The QJ1200-3 is likely to be developed under the Qianjiang brand, which is Benelli’s parent company. But in the international markets, the motorcycle will most likely be sold under the Benelli brand name. According to sources, the motorcycle has been type-approved in China and will be pushed towards production soon. The QJ1200-3’s design will place it in the touring category of motorcycles.

The design highlights on the QJ1200-3 are a large windscreen and headlights, upside-down front forks, dual disc brakes on the front wheel, large semi step-up seats and luggage panniers. Other features may also include cruise control and Bluetooth connectivity.

The motorcycle is likely to be powered by a 1209cc, three-cylinder engine which churns out 134 HP of power and is likely to be based on Benelli’s old 1130 triple engine that used to power the Benelli Tre, TreK and Tornado. The pictures reveal the drive system to be a conventional chain drive as opposed to the shaft drive with a single-sided swingarm from the older 2016 designs. It is also being speculated that the motorcycle will be able to do a top speed of around 220 kmph which is about right for a 338 kg big bike.

The type-approval currently conforms to ‘China IV’ emission norms which replicate the ‘Euro IV’ standards but will have to achieve tougher emission standards to be sold in our subcontinent as well as Europe.

Qianjiang is likely to introduce the pre-production model of the QJ1200-3 under the Benelli badge at the next EICMA. The QJ1200-3 could become the most powerful touring motorcycle to roll out of China and will compete with the BMW R1250 RT tourer as it matches the power output figures with it.

Benelli in India currently sells the TRK 502 in the middleweight adventure tourer category and it remains to be seen if the company will bring the production model of the QJ1200-3 with new stringent BSVI norm to India.