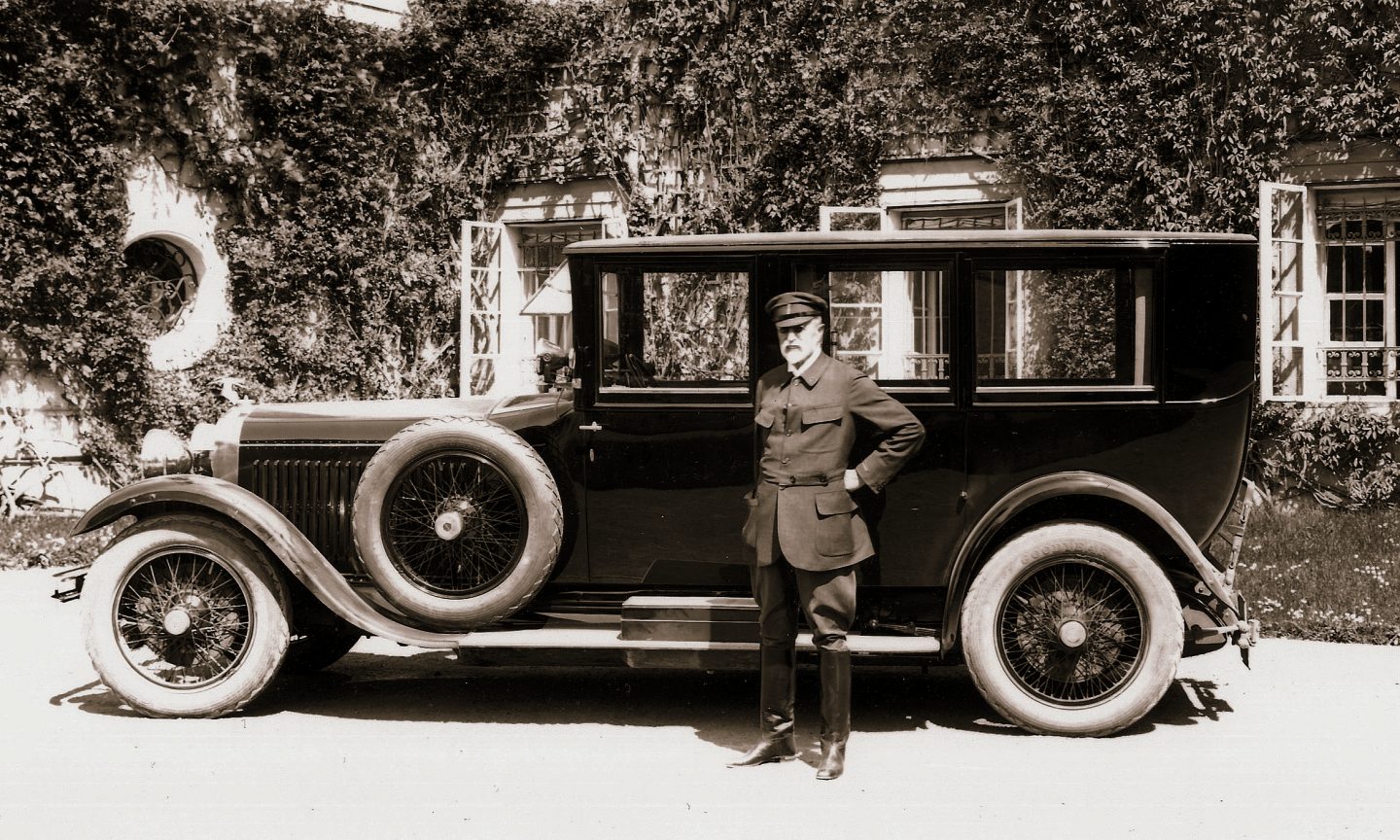 In the year 1895, in the town of Mladá Boleslav, two keen cyclists Václav Laurin, an experienced mechanic and Václav Klement, a bookselling businessman came together to make Czech bicycles. The connection was mediated by another cyclist and enthusiast Dr Zimmermann a local lawyer who was motivated by the sport and before the Christmas of 1896, the two joined hands and found the L&K brand. 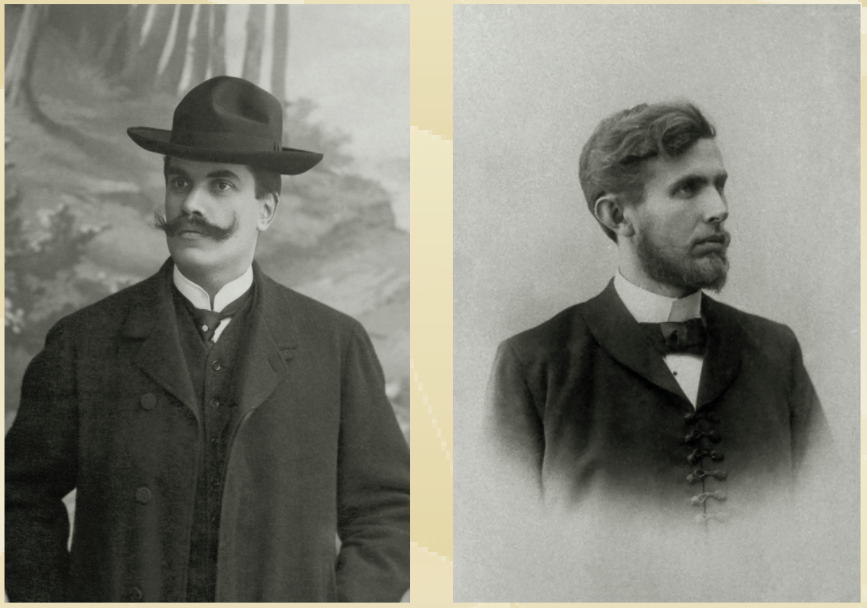 The company started with five employees and soon grew to 21 and offering five SLAVIA bicycle models. The two founders soon progressed from pedal power to petrol power and in 1899 the bicycles were painstakingly adapted with the new compact petrol engine which became the first motorcycle in the world to come with the motor mounted low in the frame. The new motorised cycles were offered with a power output of either 0.9 kW or 1.3 kW.

In 1905, Laurin & Klement took yet another revolutionary step and transitioned from a bicycle to two-wheeler to now a four-wheeler. The first L&K automobile was called the ‘L&K Voiturette A’ and was powered by a 1.0-litre two-cylinder engine that could propel the four-wheeler to a top speed of 40 Kmph. The brand further developed four-cylinder and luxury eight-cylinder engines, that not only topped the sales charts but also won numerous races. The brand soon became synonymous with the biggest automobile names in the Austro-Hungarian Empire. 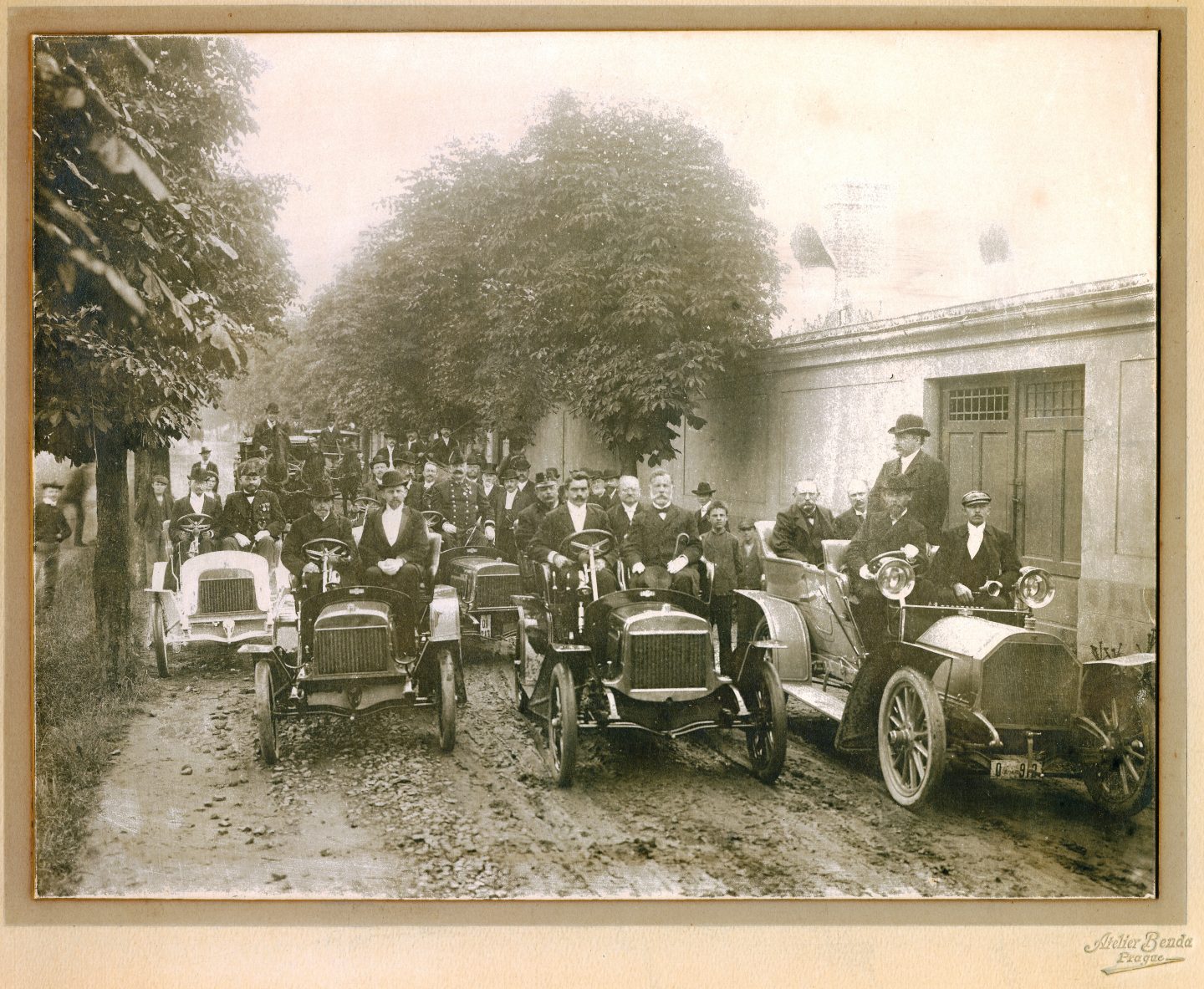 On 17th July 1907, Laurin & Klement registered their firm into a joint-stock company and new shareholders strengthened the company’s international standings by paying-in a total of 1,968,750 crowns for its shares, even when the original firm was valued only at 450,000 crowns. Aristocrats such as Prince Erich von Thurn und Taxis and Count Filippo Consolati opened doors to the highest social circles for the carmaker as a good word from them in Vienna would come in useful after the outbreak of World War I.

The end of world war I may have brought peace and celebrations but on the other hand, Europe was also engulfed in the Spanish Flu pandemic, factories stood idle and traditional markets collapsed. In this situation, Laurin & Klement was saved by its acquisition from a strong strategic partner, the Pilsen-based Škoda Works which was managed by its French owners after the Škoda family left its management in 1919. The acquisition gave the carmaker financial injection. Škoda was a machine engineering and armaments giant and in the post-war era where demand from the army was lost, both benefitted from the merger and paved the way for fundamental modernisation with state-of-the-art production facilities. 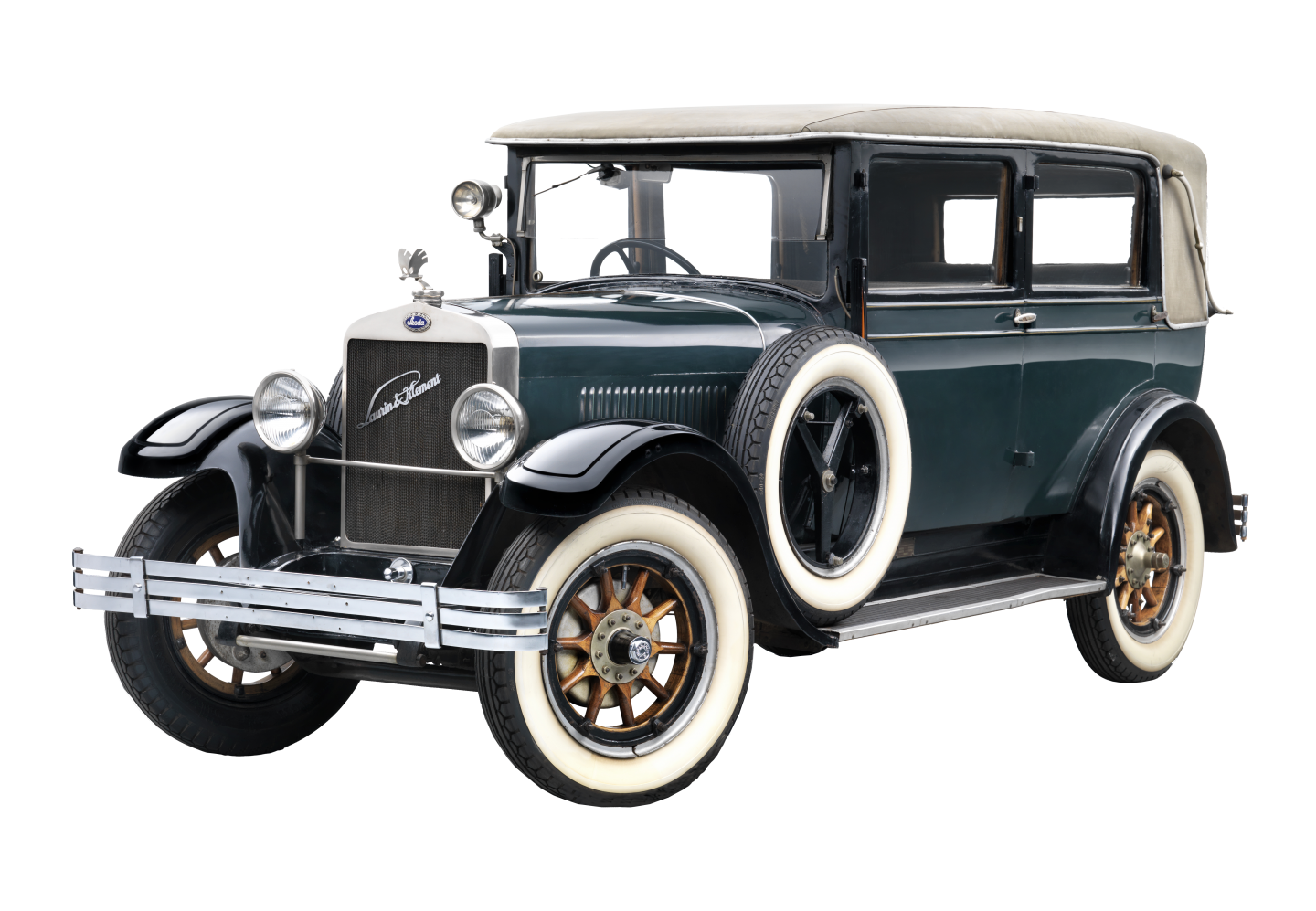 In 1964, a new-generation car called the Škoda 1000 MB was launched built in a modern car factory at Mladá Boleslav. The engines were made on a Renault automated line and much of the equipment in a French pressing plant with automated point welding line for the monocoque bodies. But the most admired features were the company’s metallurgical works where pressure casting of engine blocks made of aluminium alloy was used for mass production of automobiles, a first in Europe. 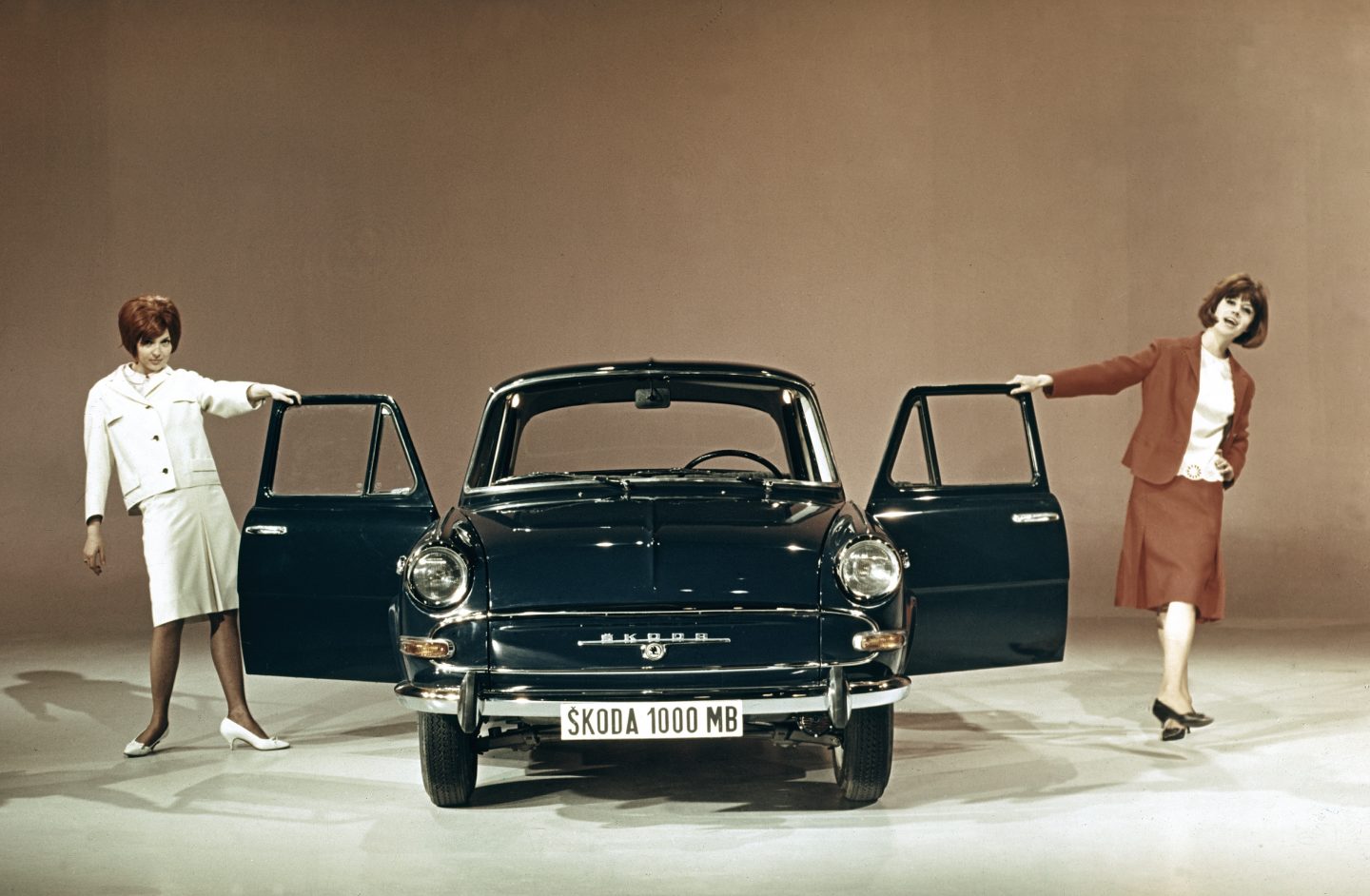 In New-Zealand, an economical 4×4 off-roader Trekka based on a shortened OCTAVIA Super chassis was produced in 1966. The production in New-Zealand ended in 1972, with 2,800 units made and the Trekka was also exported to Fiji and Oceania. Disassembled units were also sent to Australia and Pakistan. 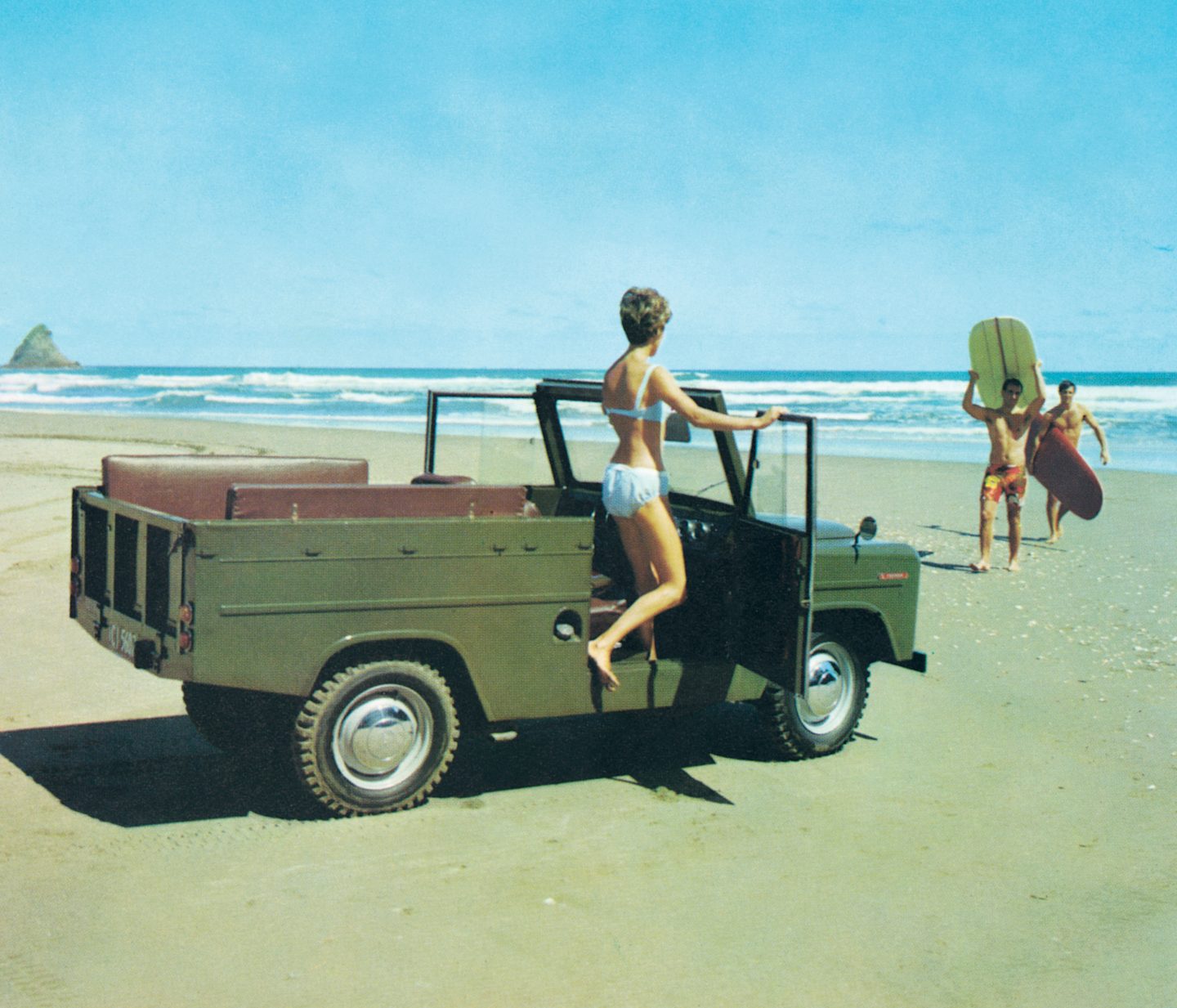 In 1969, after several months of negotiations, a contract was signed with the progressive Ital Design (ID) studio that had been founded by 30-year-old Giorgetto Giugiaro and by the end of August, his team, working with the carmaker, took the first sketch phase to a functional specimen of the Š 720 ID in four months. The 4.4-metre sedan could do a top speed of 157 kmph but unfortunate, re-hardening of the political situation sidelined the Š 720 project, which was ultimately scrapped entirely.

In May 1970, Škoda along with Haroon Industries Ltd. in Karachi Pakistan started production of a new vehicle under the joint venture named SKOPAK. And just like the Trekka in New-Zealand the SKOPAK was also derived from the OCTAVIA chassis and once again Josef Velebný was in charge of the project. The SKOPAK’s windscreen could be laid flat and its height in this position was only 1,100 mm ideal for driving obstacles like fallen trees. But with the war between India and Pakistan, only 1,400 units of the car were made. 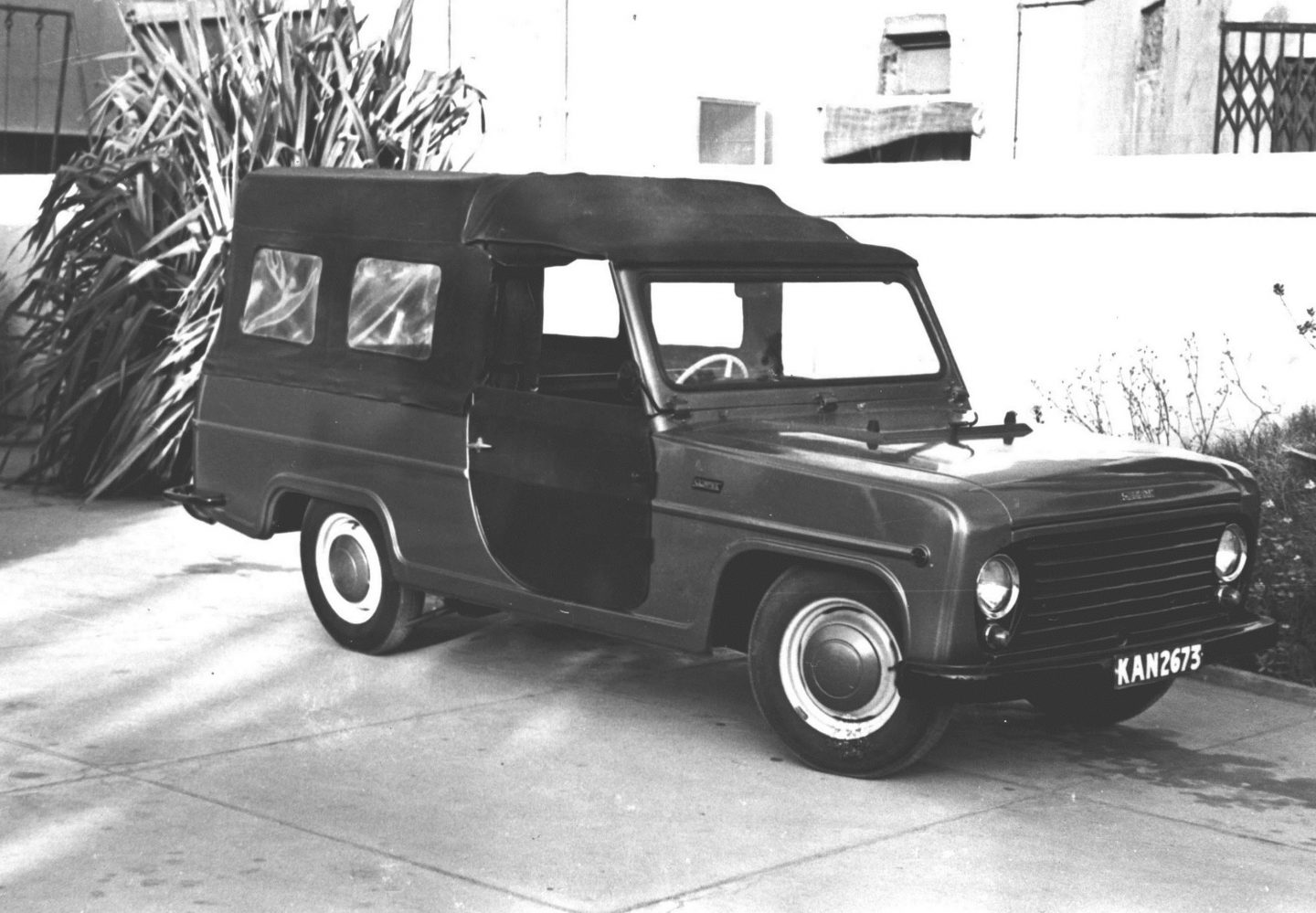 From 1982 – 1987 a new generation of cars especially the ŠKODA FAVORIT and Škoda established contacts with Porsche and Volkswagen which ultimately played a role in ŠKODA becoming part of Volkswagen Group in 1991. ŠKODA currently manufactures and develops components such as engines and gearboxes for the group and out of global sales of 10.34 million automobiles achieved by the concern in 2019, ŠKODA accounted for 12% or 1.24 million vehicles. 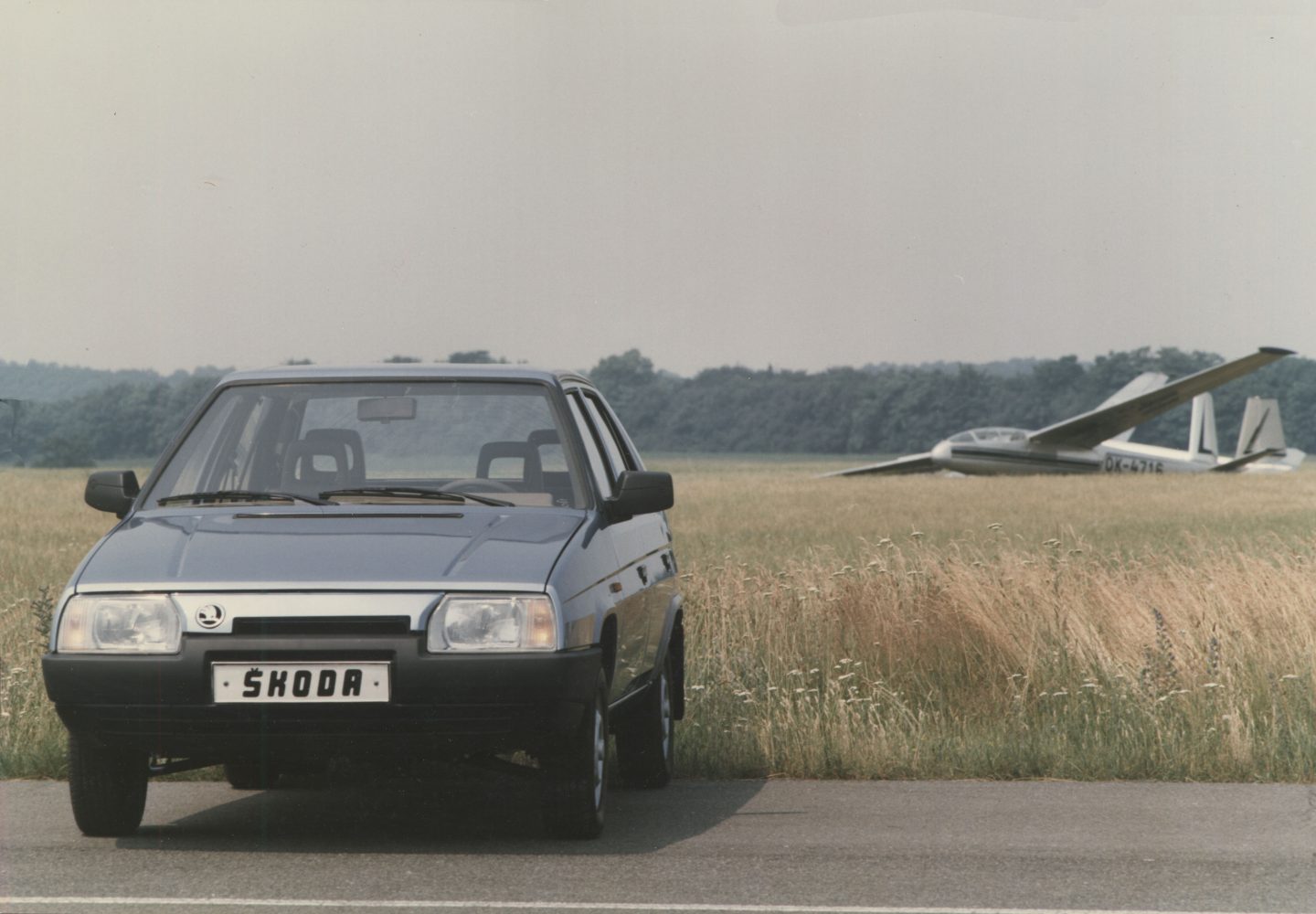 The ŠKODA brand has also been a part of elite sports events at home and abroad such as the Tour De France and IHF Ice Hockey World Championship, which ŠKODA has supported since 1992. 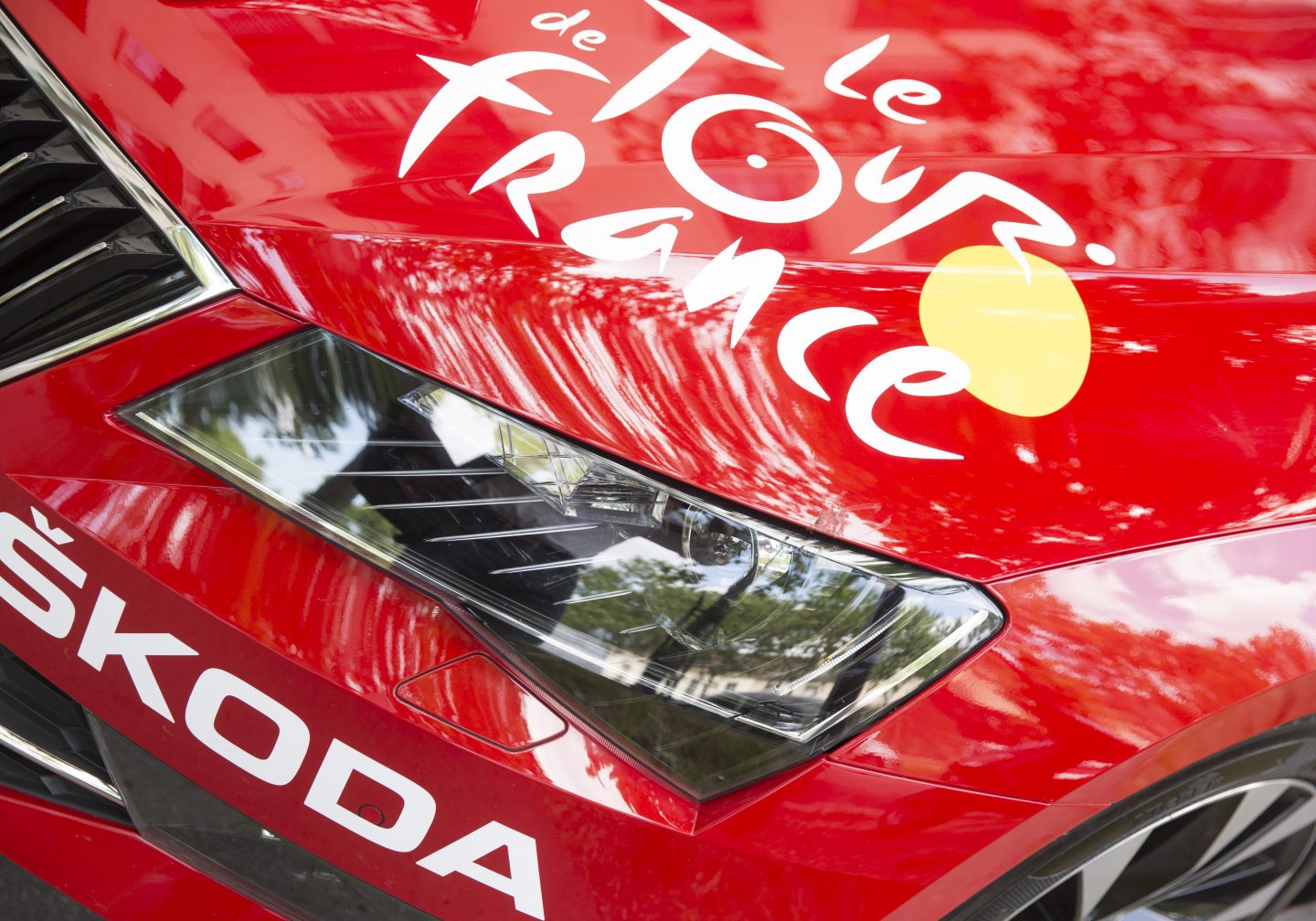 The Czech carmaker also has partnerships with local partners in China and India. The brand has three production plants in the Czech Republic but also manufactures cars in India, Russia, Slovakia and China in conjunction with Volkswagen and in Ukraine and Kazakhstan in collaboration with local partners. 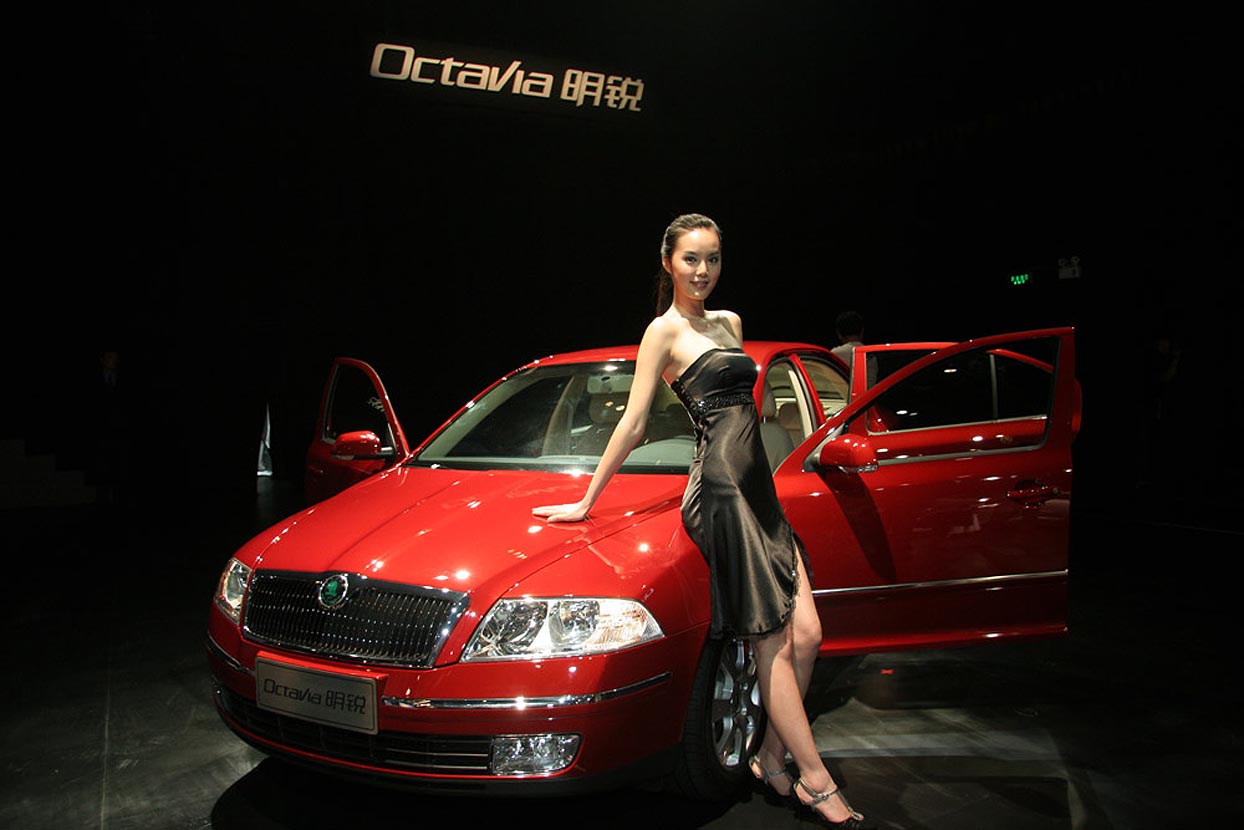 In 1998 at the Auto Expo in Delhi Škoda announced its entry in India and 13 January 2000 the ground-breaking ceremony took place on the main assembly plant at Aurangabad. The brand started production on the Octavia series in November 2001. The brand currently manufactures the Octavia, Kodiaq and Superb at the Aurangabad plant and the Rapid is made at the brand’s production facility on Pune.

Škoda is also responsible for all Volkswagen Group activities in India and spearheads the INDIA 2.0 project.