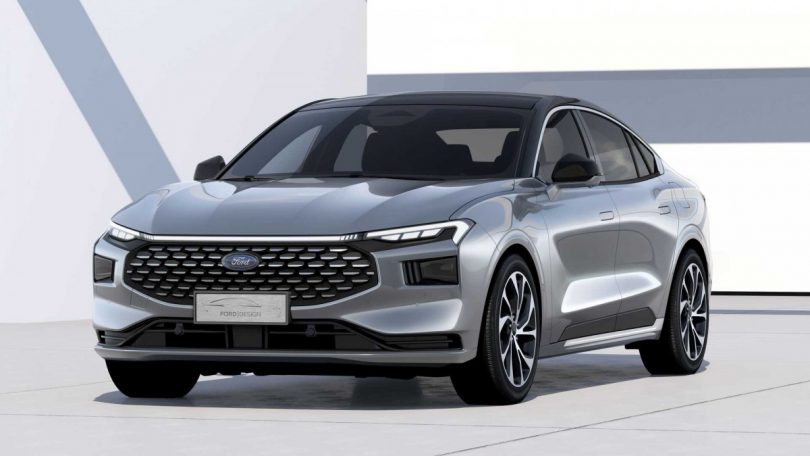 American automotive giant Ford has pulled the covers off its all-new Mondeo sedan exclusively for the Chinese market for now. Ford unveiled the new Mondeo at the China Design Center in Shanghai, which now sports the brand’s new design language. The brand stated that it has scheduled the deliveries of the new Mondeo in China during the second quarter of 2022. Ford will produce the all-new four-door saloon as a joint venture with Chinese firm Changan.

Using Ford’s all-new ‘Progressive Energy in Strength’ design philosophy, the new Mondeo borrows inspiration from its sibling, the Evos crossover. The brand aims to showcase its ‘rich heritage’ by utilizing an iconic design that fulfils the preferences of Chinese buyers. Ford states that the three defining characteristics of its new design language on the Mondeo include “commanding, agile and responsive.”

The new Mondeo features key design elements such as the octagonal-shaped grille and slim LED headlights with a connecting lightbar. Along with the separate LED DRLs, the front also features an A-shaped graphic for the air duct underneath the bumper. Additionally, the new Mondeo also sports a contoured bonnet, smooth wheel arches with 19-inch alloys, and a coupé-style line roofline.

The four-door saloon also showcases structured flanks with flush-fitting door handles and a trailing design line across the rear doors. The new Mondeo measures 4,935mm long, 1,875mm wide, 1,500mm tall, and sports Mustang-inspired rear taillights with a lightbar. Ford has also equipped the Mondeo with a diffuser on the rear bumper and a chrome panel that mimics the exhaust.

All these systems will likely utilize Ford’s new Sync+ 2.0 UX system along with Baidu-developed software packaging. The new Mondeo will reportedly offer virtual assistant technology, over-the-air software updates, Level-2 driver assistance functions, and car-to-X technology. Thanks to the ‘245’ badge at the rear, the Mondeo will likely use the 2.0-litre EcoBoost turbocharged engine. The engine will reportedly develop 245 PS of power at the front wheels via an 8-speed automatic transmission. 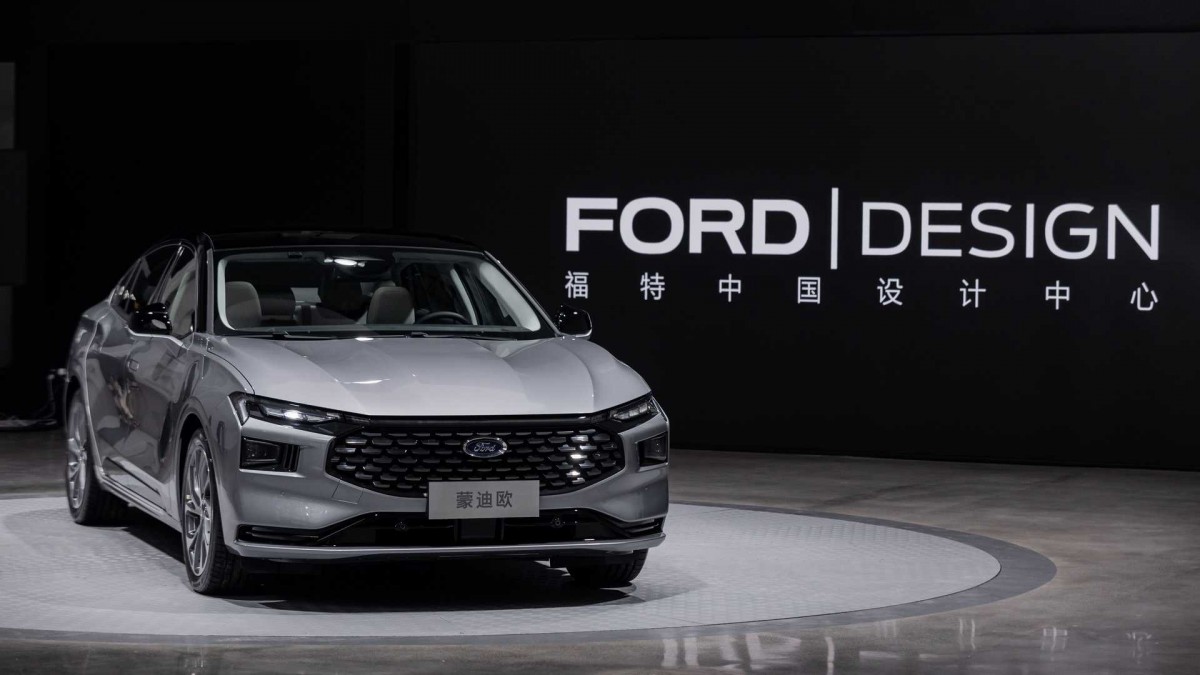 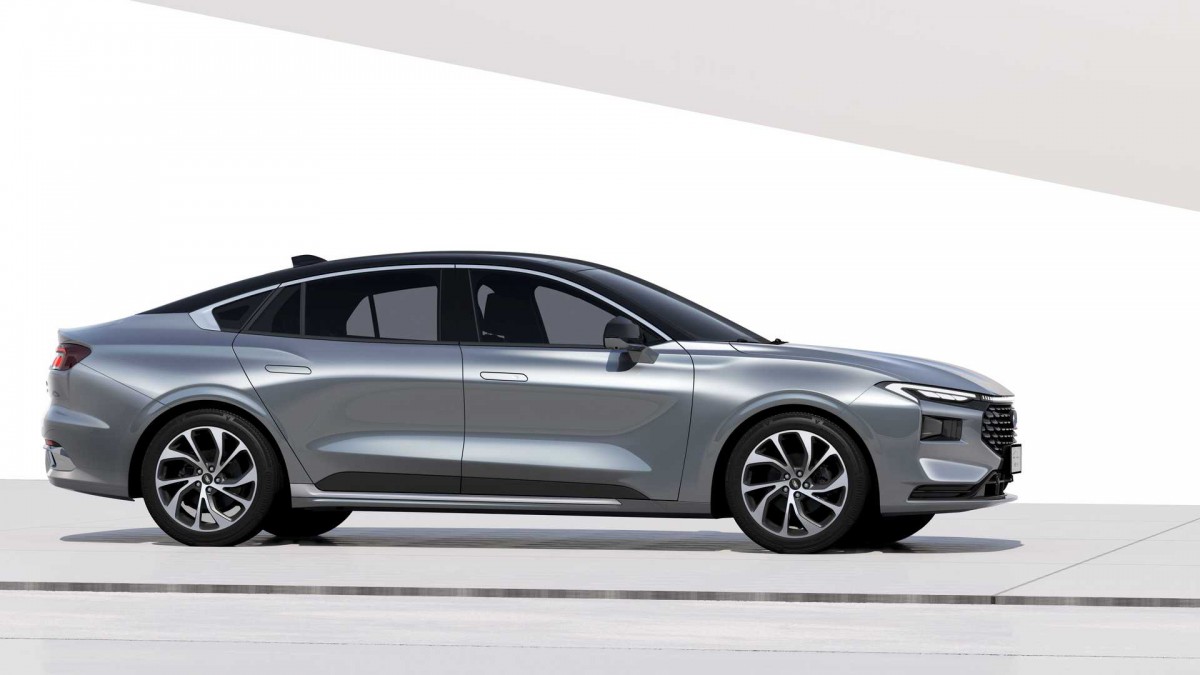 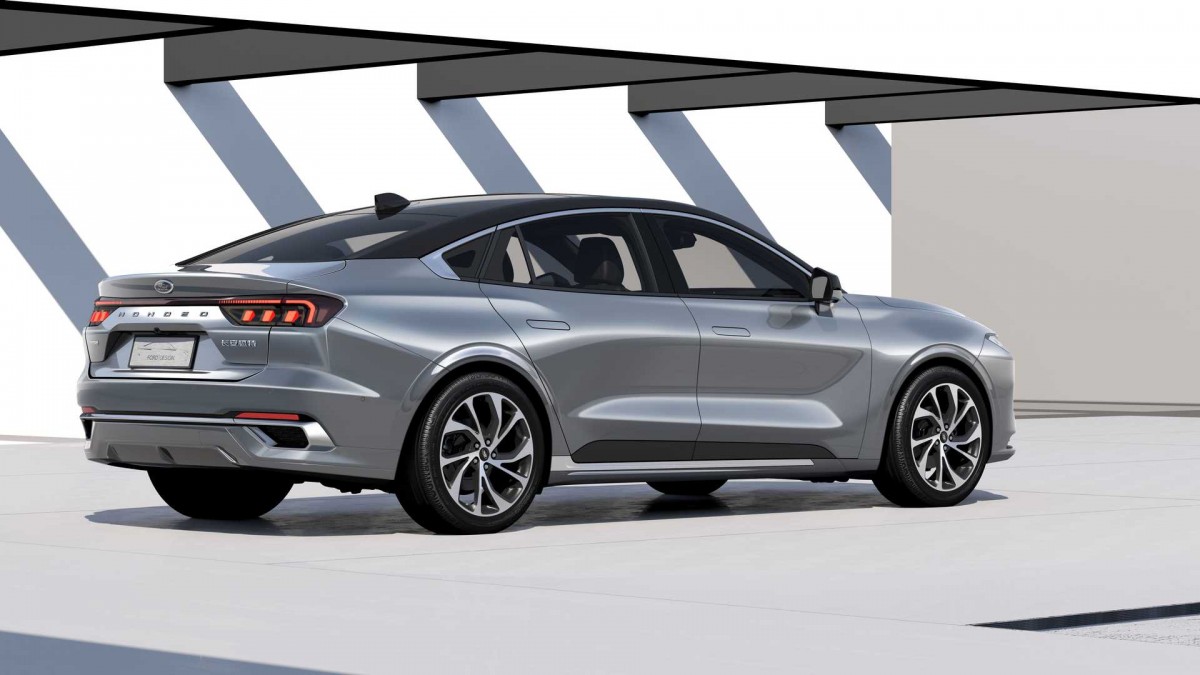