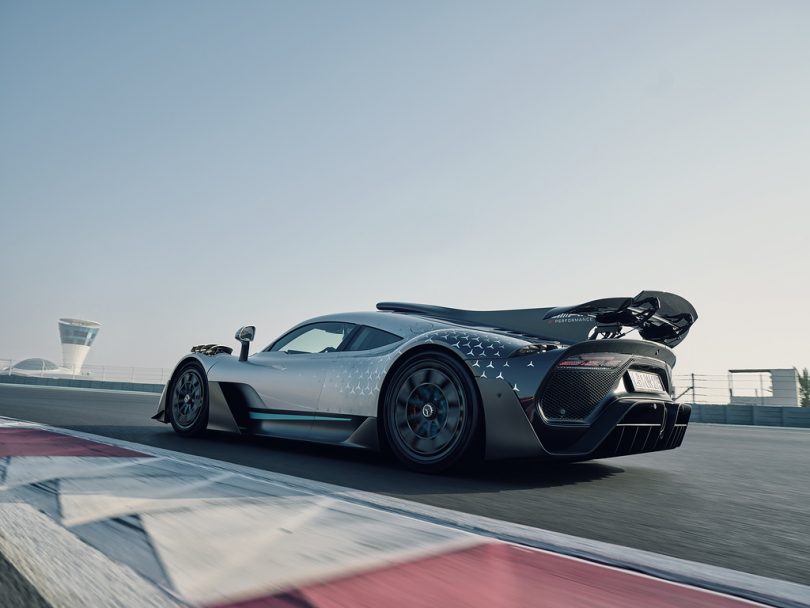 The five and a half years wait was long, but Mercedes-AMG One is finally here. Starting off as Mercedes-Benz saying the company will be cramming a Formula 1 engine into a street-legal road car, we finally get to see the end product. The new Mercedes-AMG One hypercar fulfils all the promises Mercedes-AMG made. At the AMG One’s core is an F1 engine, which is road legal and packs 1,049 HP from the hybrid powertrain.

The latest announcement by Mercedes-AMG did not reveal any production details. However, the news has been out that for a while that there’ll be only 275 units. All the units are already spoken for, and each cost around or over USD 2 million. The Mercedes-AMG One will make its public debut around the end of June at the 2022 Goodwood Festival of Speed.

The company says they had to push more than the boundaries for the AMG One. One of the immense technical challenges was to adopt a Formula 1 powertrain for road use. This pushed the company to its limits. During the development period, many from the company also thought that implementing the project was impossible. However, the teams didn’t give up, and the company has the greatest respect for all the participants and their teamwork.

Mercedes-AMG One – The Biggest Highlight, The Powertrain

Mercedes-Benz announced the project way back in 2017. Since then, it has been known that the company was using an F1 engine for the hypercar. The most difficult challenge and the reason it took so long to arrive was making it usable in a street application. The AMG One uses a 1.6-litre V6 engine with a single turbocharger with electric assist. The engine can spin to a sky-high redline of 11,000 rpm. In addition to this, it uses a DOHC setup, direct injection and air spring valves. Using a complex exhaust gas cleaning system, Mercedes-AMG was also able to make it Euro-6 compliant. The total power output of the engine is 566 HP.

Figuratively and literally, the engine is just one half of the story. The AMG One also has four electric motors. Out of the four, Mercedes-AMG located two electric motors on each front wheel. The front two motors cumulatively make 322 HP. The location of the two electric motors at the front also gives it all-wheel-drive capability. The third motor sits within the engine and sends 161 HP to the crankshaft.

At the same time, the fourth motor is the one assisting the turbocharger. Mercedes-AMG says the fourth motor adds another 121 HP. As the exhaust gases spin the turbo, the motor can also recoup the energy and send it elsewhere. Combined with all the four electric motors, the AMG One produces 1,049 HP.

The hypercar tips the scales at 1,695 kg. This enables the car to go from 0 to 100 kmph in 2.9 seconds. Making such acceleration possible is the power, torque and other factors too. Two of the other ones are AMG’s 4Matic+ AWD system and a specifically developed 7-speed automated manual transmission. The AMG One does the 0 to 200 kmph sprint in 7 seconds flat. The top speed for the AMG One is 352 kmph or 219 mph.

Mercedes also spent a lot of time on the hypercar’s lithium-ion battery packs. The total battery capacity is just 8.4 kWh. The AMG One can also drive in an all-electric mode for 18 km. For Mercedes-AMG, maintaining the temperatures of the batteries was critical. An electric battery can deliver optimum performance at the right temperatures. Hence, the company uses a complicated liquid-cooling system for each battery. This also made Mercedes-AMG keep the batteries’ weight down.

The hypercar uses a monocoque chassis in combination with a push-rod suspension for the ultimate performance. There’s also extensive use of aluminium underneath the body. The AMG One features five arms and two adjustable struts, both at the front and rear. The struts also have a transverse mounting. This mounting position, which is in the direction of travel, replaces a traditional stabilizer bar and reduces the body roll. The AMG One gets various several driving sub-modes which adjust the suspension accordingly. The AWD system’s torque vectoring also changes according to the various modes.

When it comes to aerodynamics, Mercedes-AMG does not disclose the exact downforce figures. Still, the aerodynamics of the hypercar is a case study in itself. The AMG One is able to generate a negative lift from around 50 kmph and above. The hypercar features a lot of active aerodynamics. The front diffuser gets active spoilers, and the front wheel arches also have ventilation slots. At the rear, you, of course, have a massive rear wing. Mercedes-AMG says the downforce in Race Plus and Strat2 program under Track mode results five times higher than in other normal modes. It also has a low-drag, Race DRS mode for those top speed runs.

Apart from all the aero-wizardry, the AMG One features special ten-spoke wheels with Michelin Pilot Sport Cup 2 M01 tyres. Also available as an option are nine-spoked forged aluminium wheels. The engine and suspension are not the only ones delivering the Formula 1 experience. Step inside, and you’ll find that it continues on the inside as well.

The steering wheel has an F1-style rectangular design. The seats are also deeply sculptured and provide a racecar-like straight-out orientation for your legs. What looks out of place and an afterthought are the two 10-inch digital screens. Even though it is an extreme hypercar, it does not skimp out on creature comforts for weight savings. The AMG One gets air-conditioning and power windows. Additionally, a camera replaces the traditional inside rear-view mirror. All in all, the AMG One is truly in a class of its own. 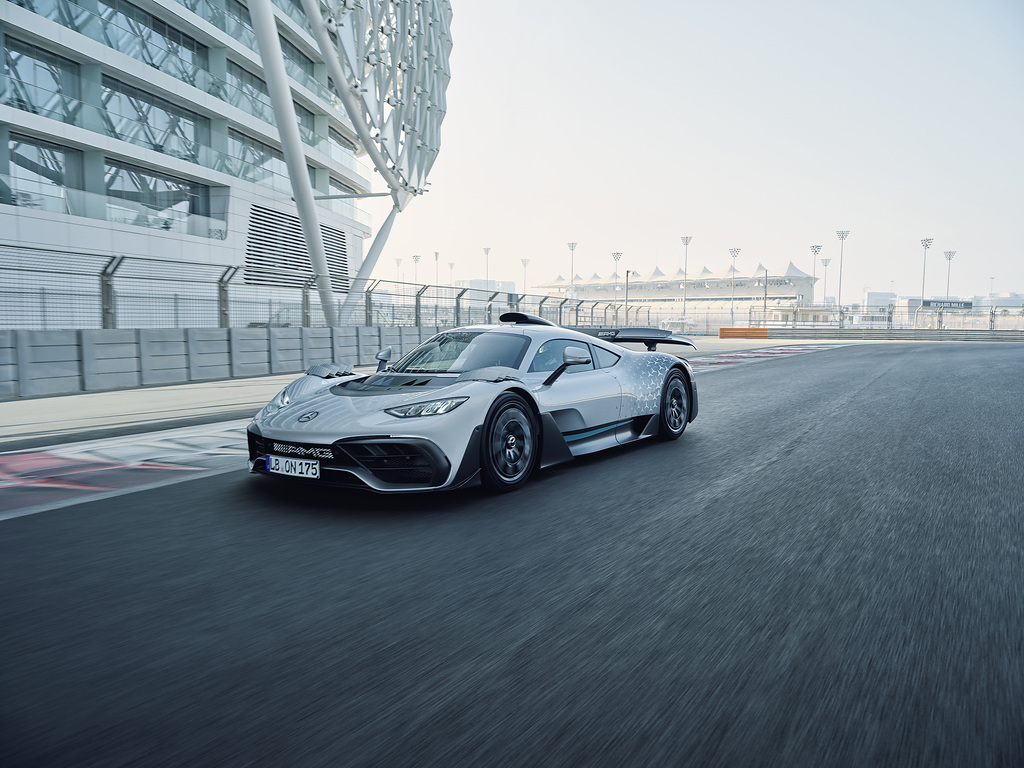 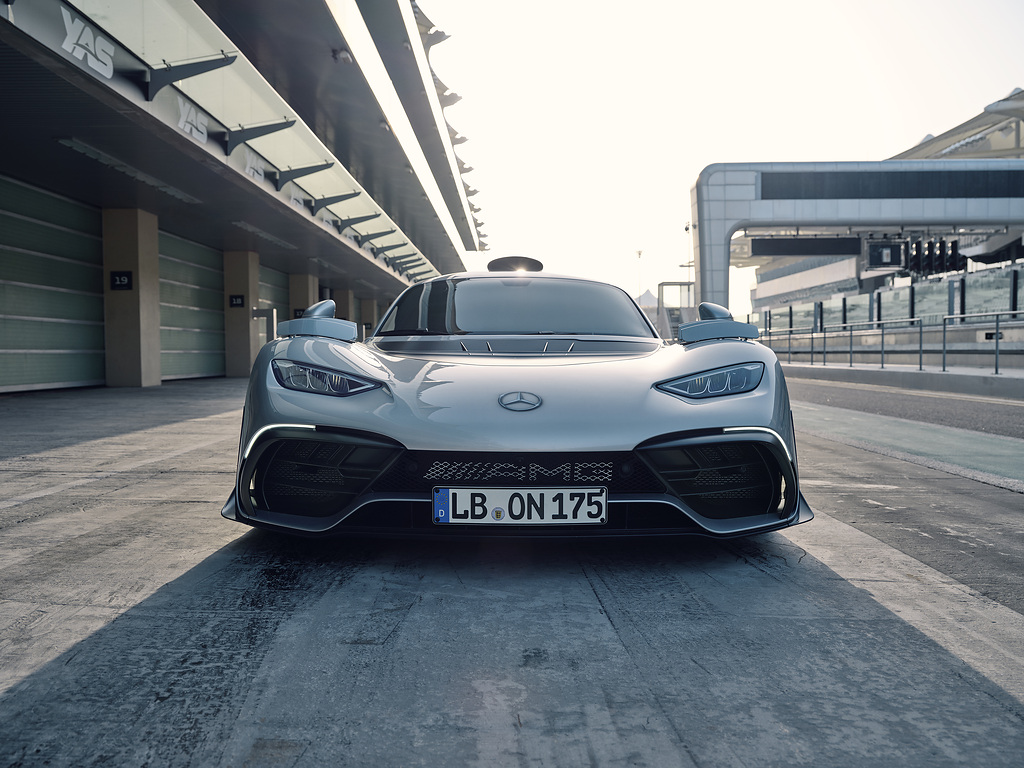 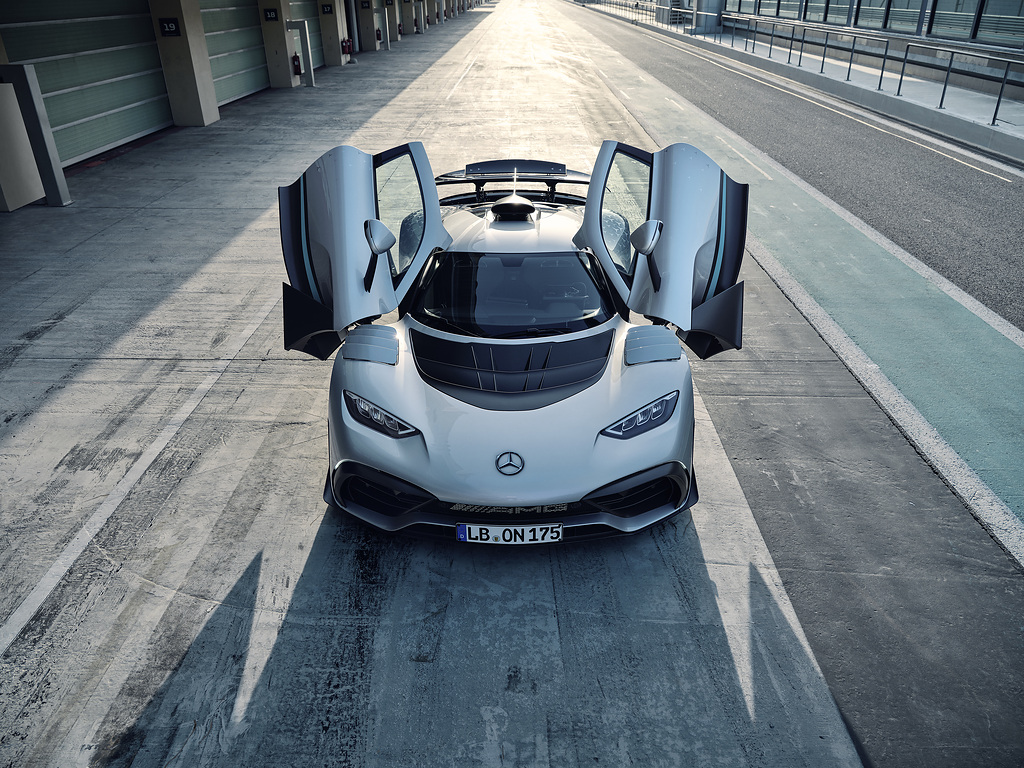 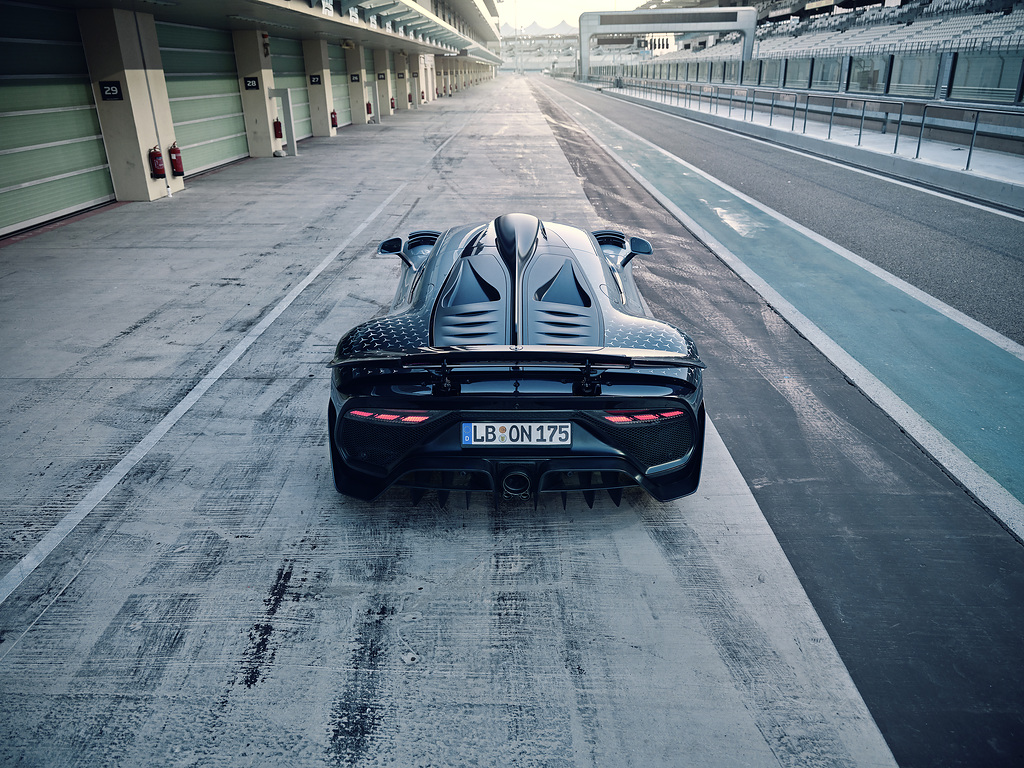 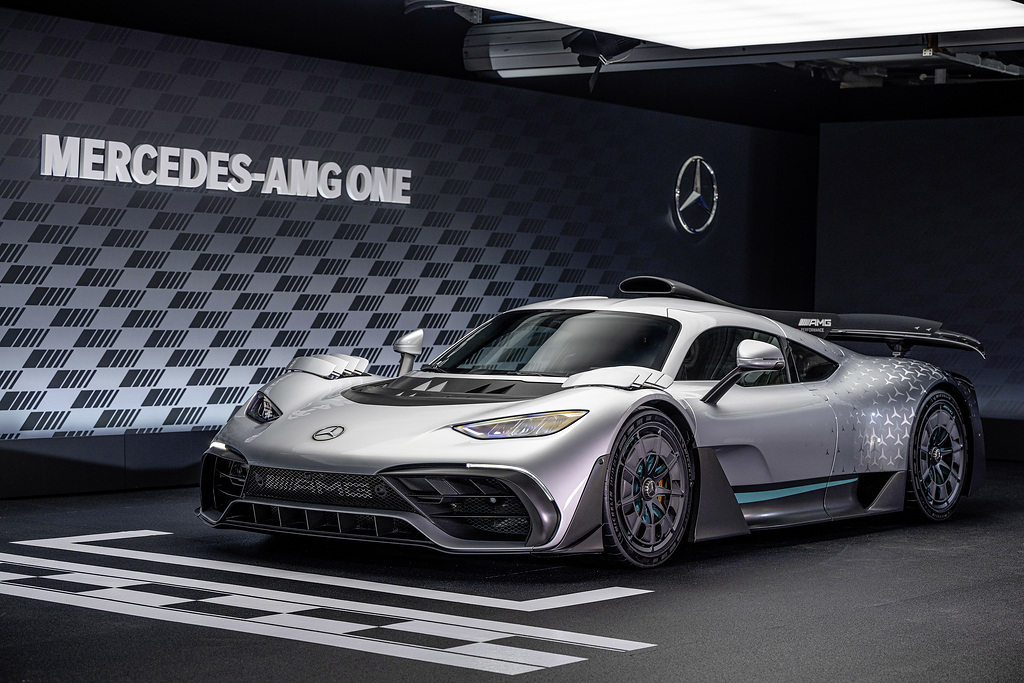 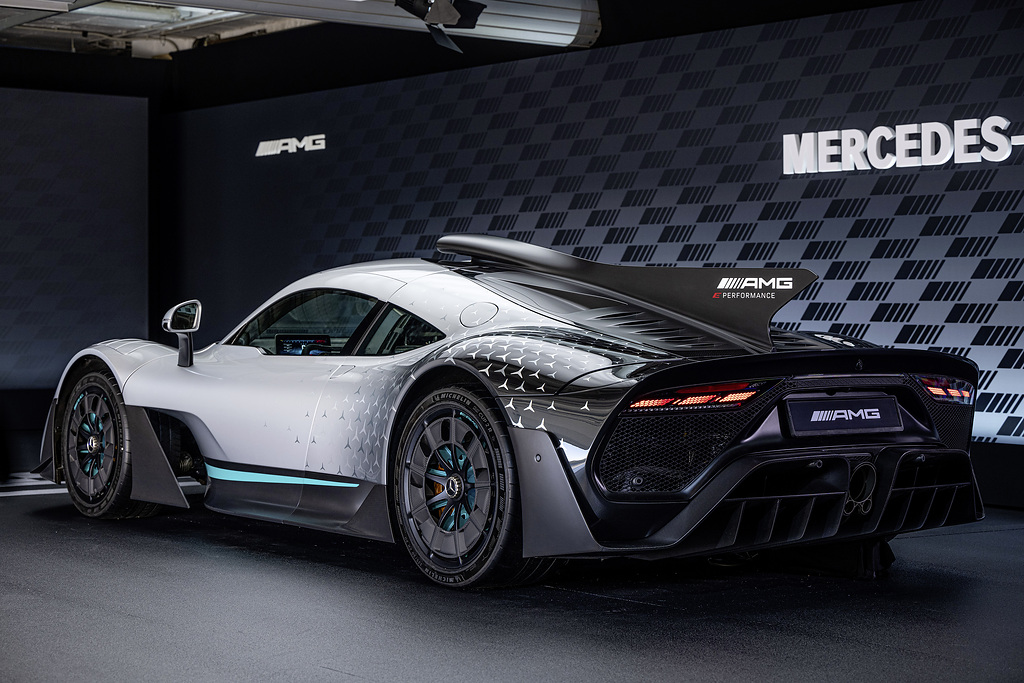 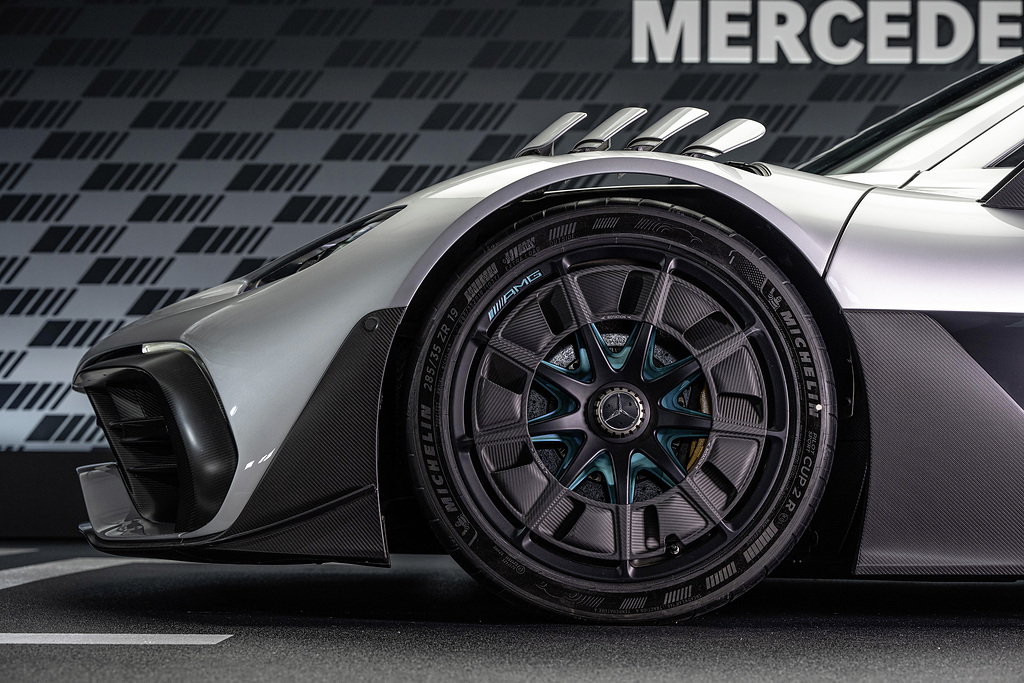 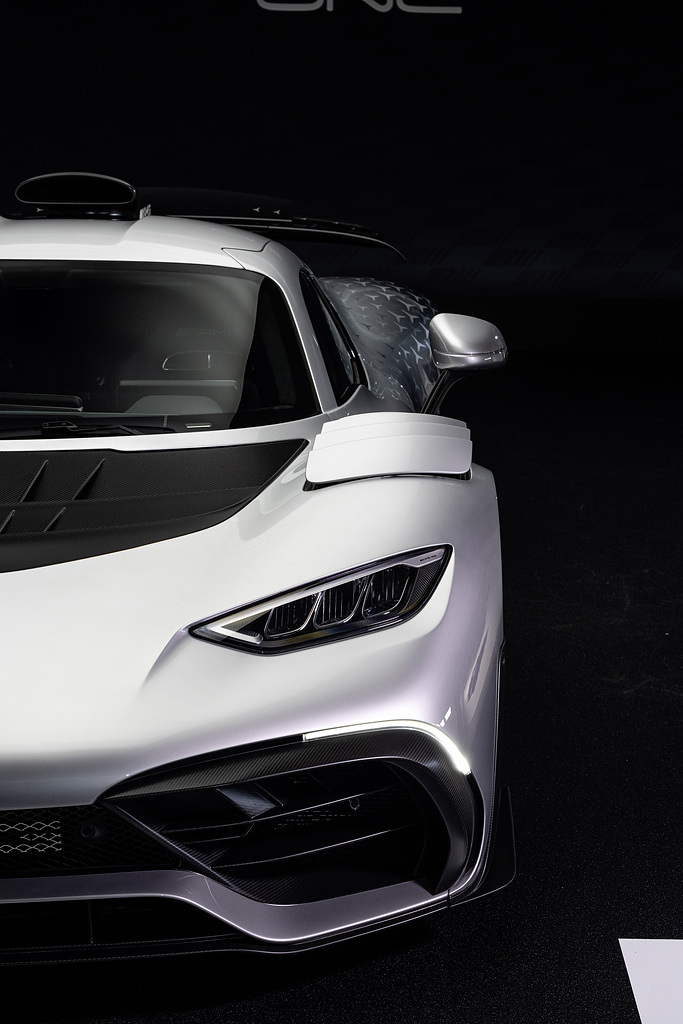 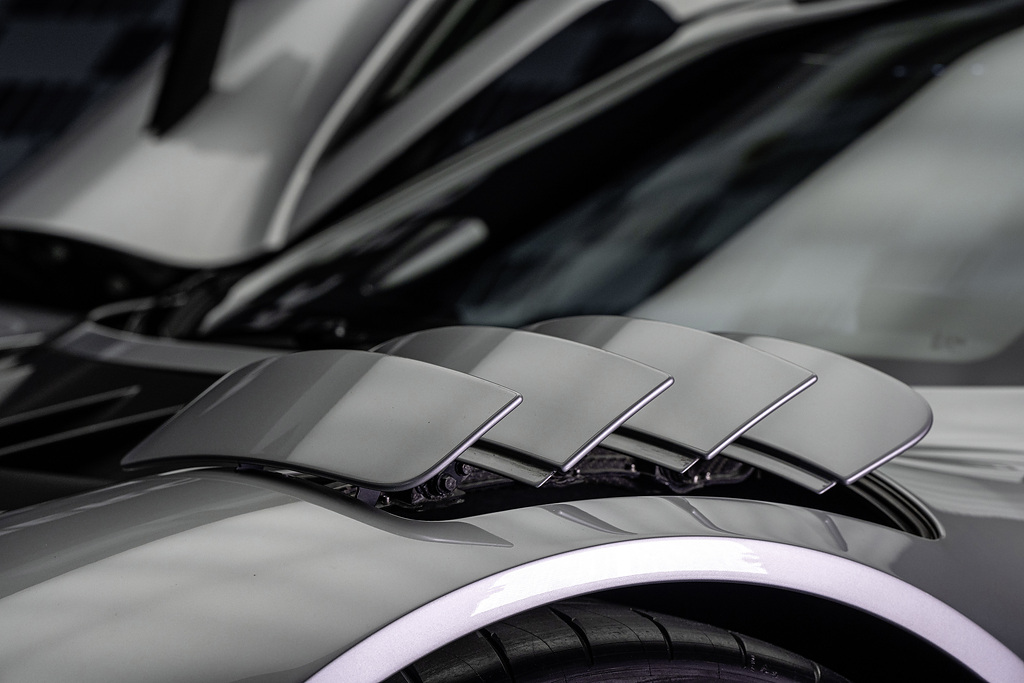 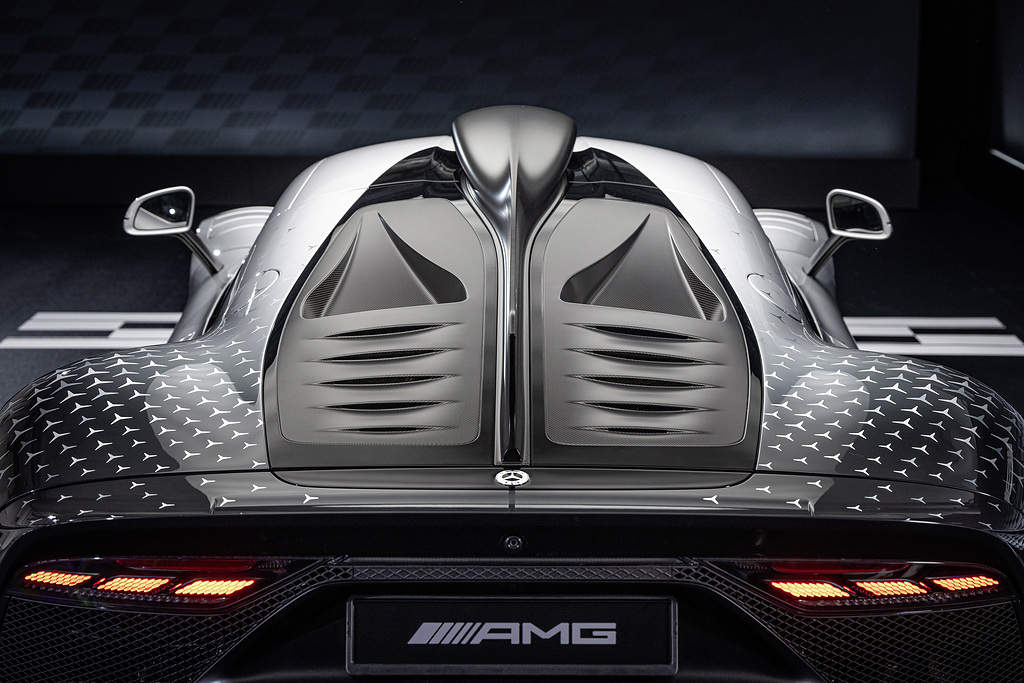 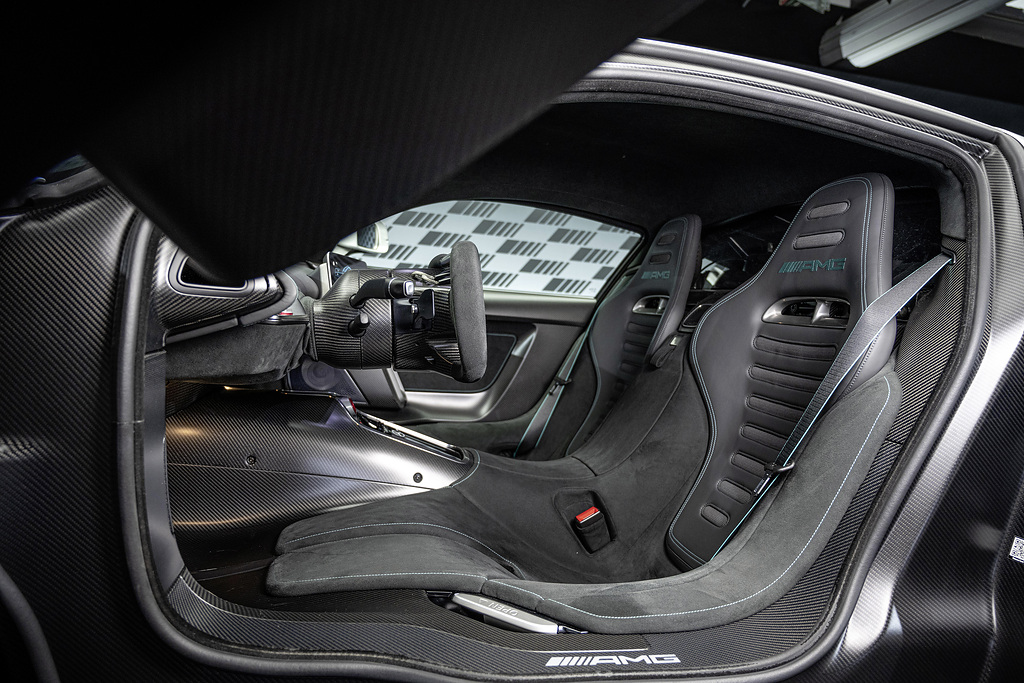