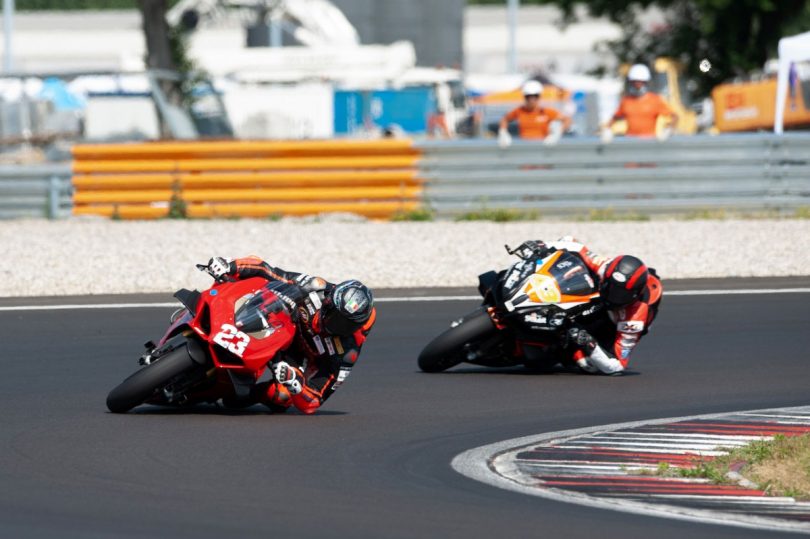 The Ducati Panigale V4 S Superbike, in its production-spec, took first place in an Italian race. The motorcycle also set a new racetrack lap record during qualifying at the MotoEstate Trophy. Ducati, in collaboration with Luca Salvadori, an Italian rider and YouTuber, achieved this feat at the Cremona round of the MotoEstate Trophy. This demonstrates the prowess of the Ducati Panigale V4 S, even in its production-spec guise.

The Ducati Panigale V4 S won the amateur trophy equipped only with three performance upgrades. Ducati Performance racing exhaust system, Pirelli slick tires and racing brake pads. The motorcycle is the only one in the world to come with a “Cornering Only Front Racing” ABS setup. The bike also gets an electronic suspension. Luca Salvadori’s primary opponent was Fabrizio Perotti, a popular and fast Italian rider. Perotti was racing a full Superbike Spec Aprilia RSV4, proving that it is possible to be competitive in this type of competition with a production bike.

On the 29th and 30th of May, Luca Salvadori also set a new racetrack lap record during qualifying. Apart from conquering the pole position, Luca also set a new record of the Cremona circuit with a time of 1’31’945 and the best race lap. The competition in the “Open Class” of the Trophy also shows the high level of competitiveness of the Ducati Panigale V4 S road bike. In the race setting, Luca Salvadori finished the race with a time of 1:32.492. Fabrizio Perotti came in second with the time of 1:32.673 with a gap of 0.181 in the 13 lap race distance.

Powering the Ducati Panigale V4 S is a 90-degree V-four-cylinder Desmosedici Stradale engine with a 42-degree bank from the horizontal. The 1,103cc liquid-cooled engine is the first mass-produced engine derived from the MotoGP Ducati Desmosedici. The motor features a counter-rotating crankshaft and Twin Pulse firing order. The engine produces 214 Hp of power at 13,000 rpm and 124 Nm of torque at 10,000 rpm. 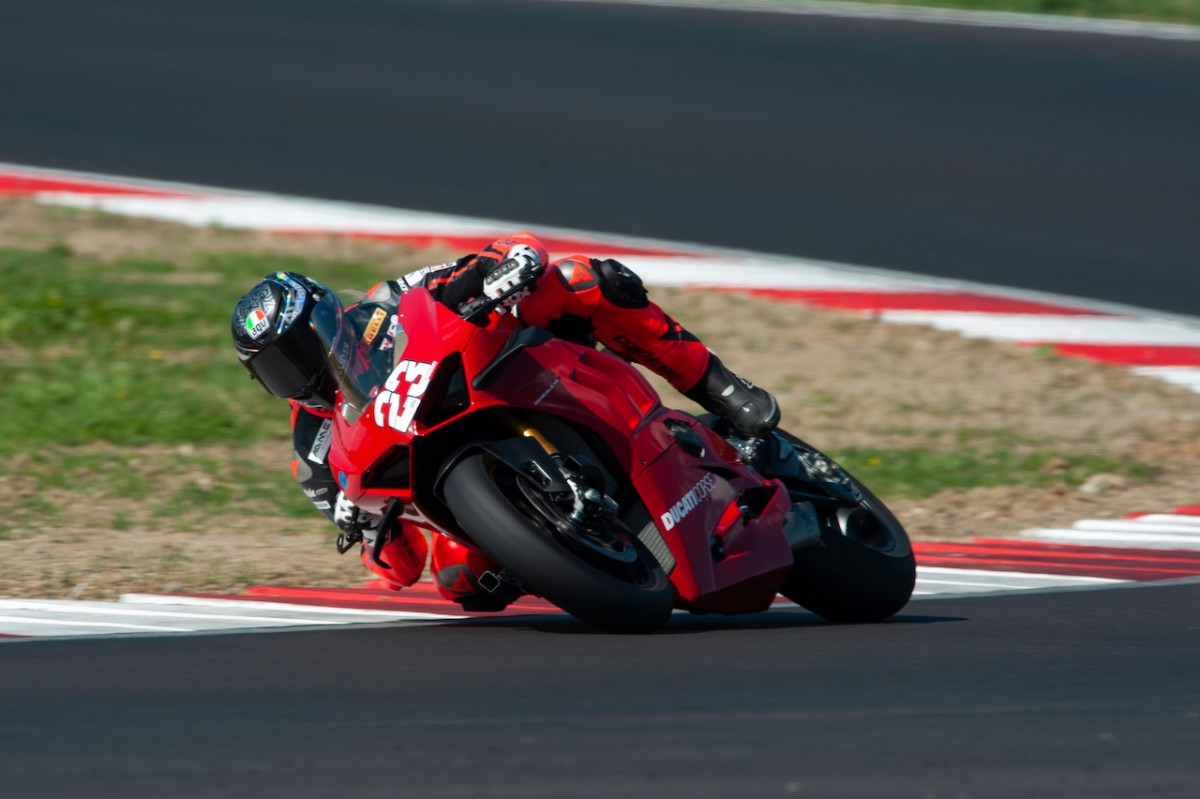 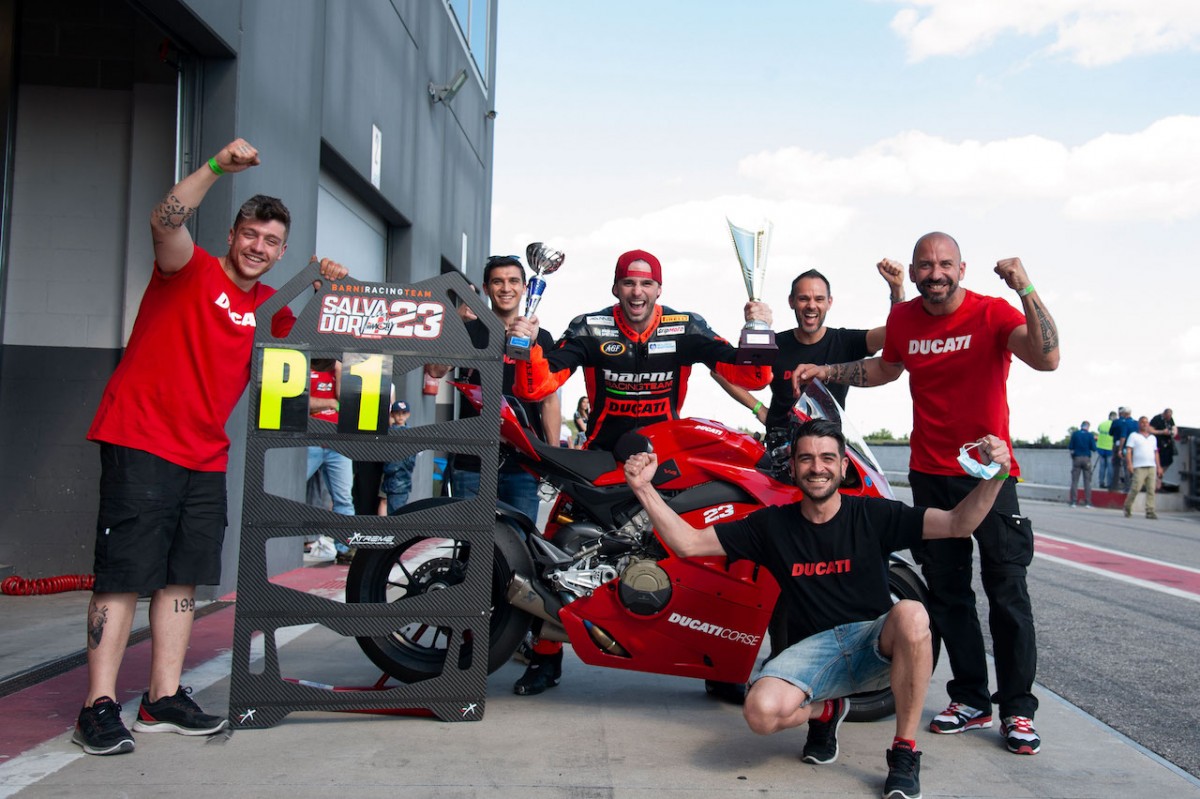 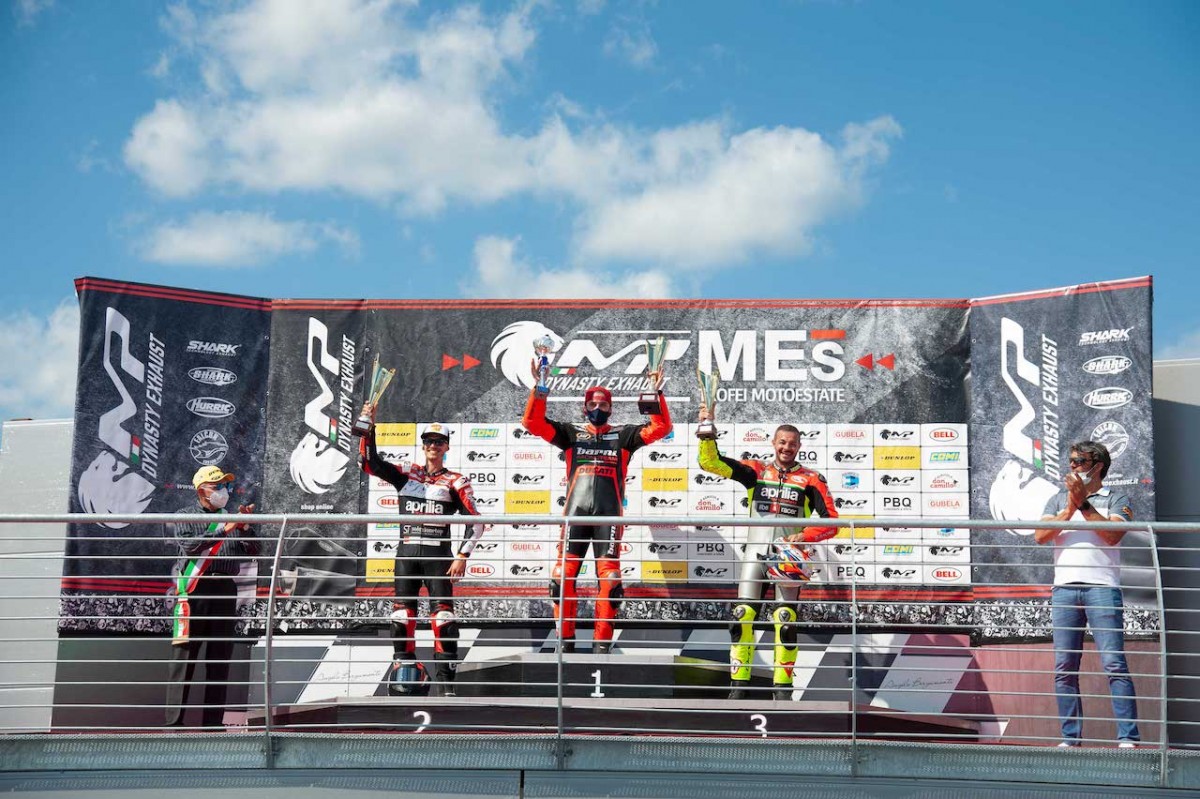 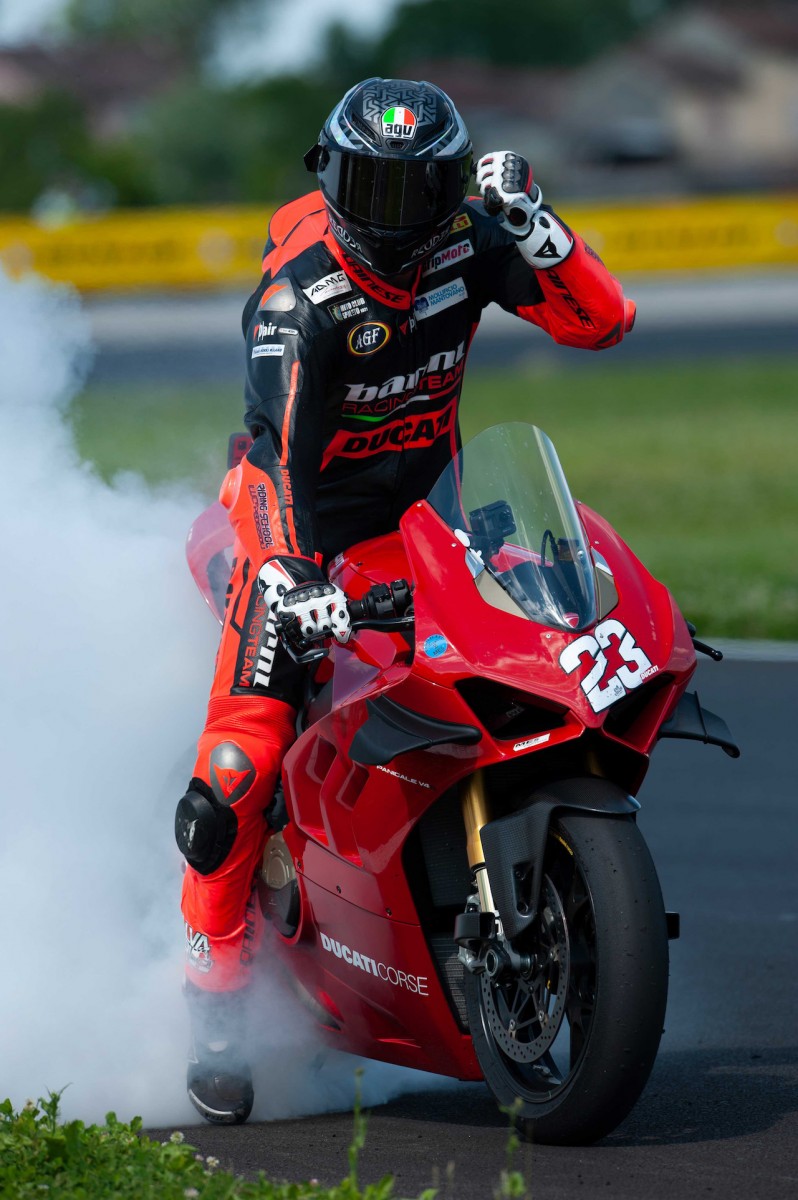