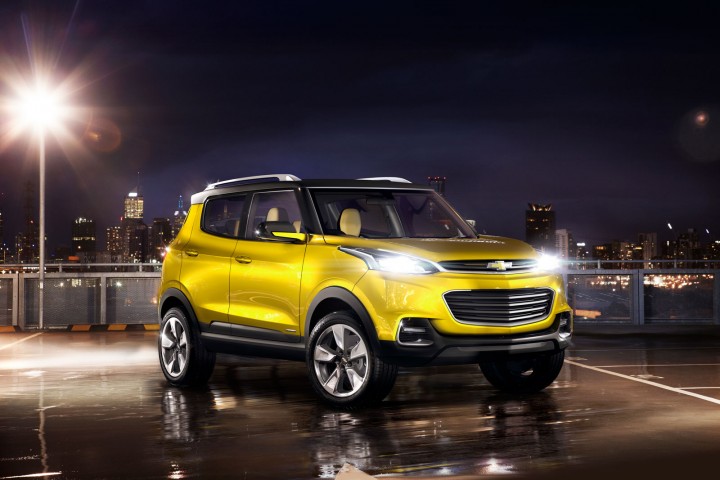 Chevrolet revealed the Adra compact-SUV concept at the 2014 Indian Auto Expo. The new SUV is expected to hit the Indian streets in 2017 and will also be launched in other emerging markets.

Based on the Amber platform, the Adra compact-SUV will be accompanied by a compact-sedan and a new hatchback as well.

The sub-4 metre SUV will fight against the Ford EcoSport and upcoming compact-SUVs such as the Hyundai ix25 and Maruti Suzuki XA Aplha.

Details about the engines and specifications are unavailable, but a petrol and diesel motor are expected to be available once launched.

Design highlights on the concept: 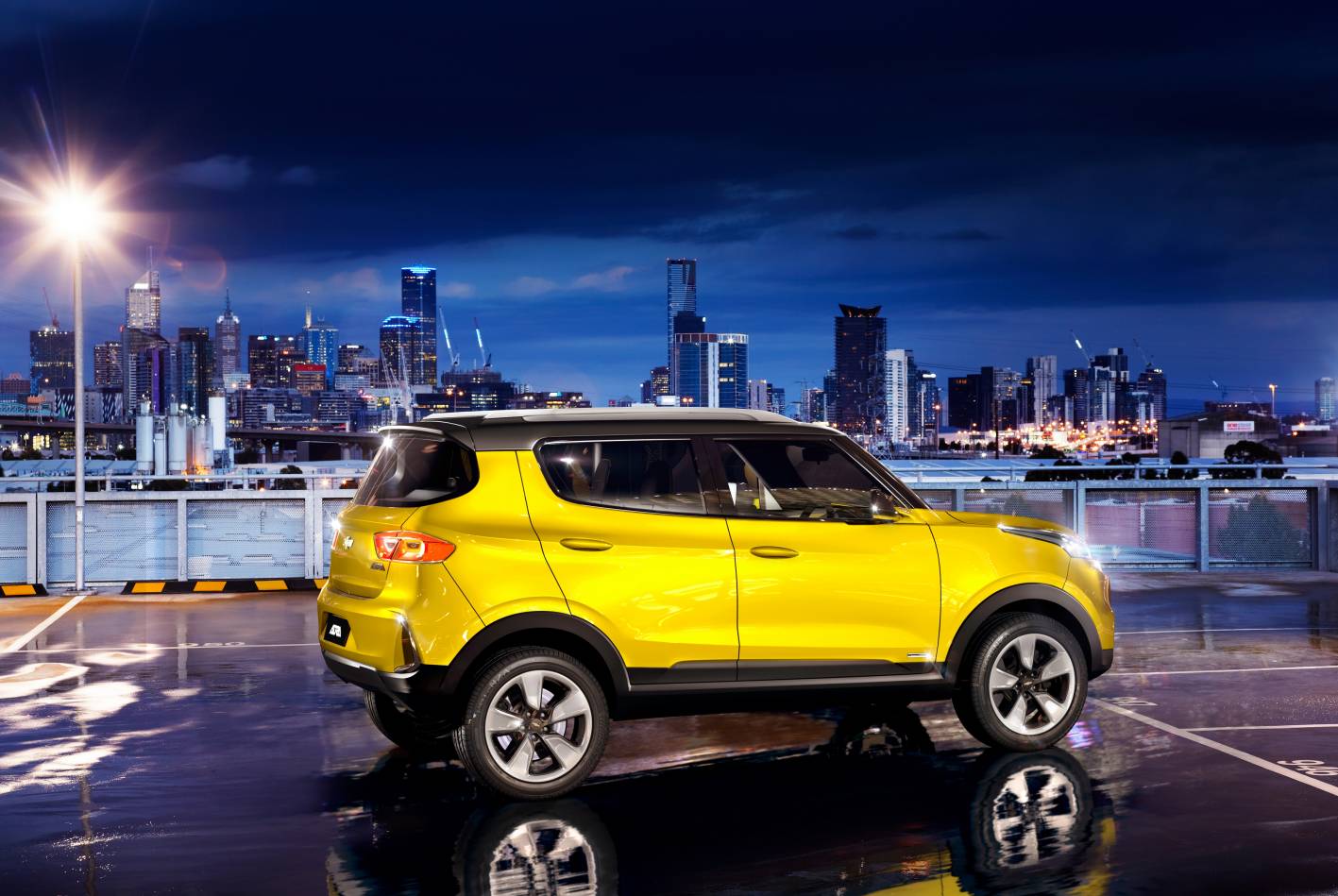