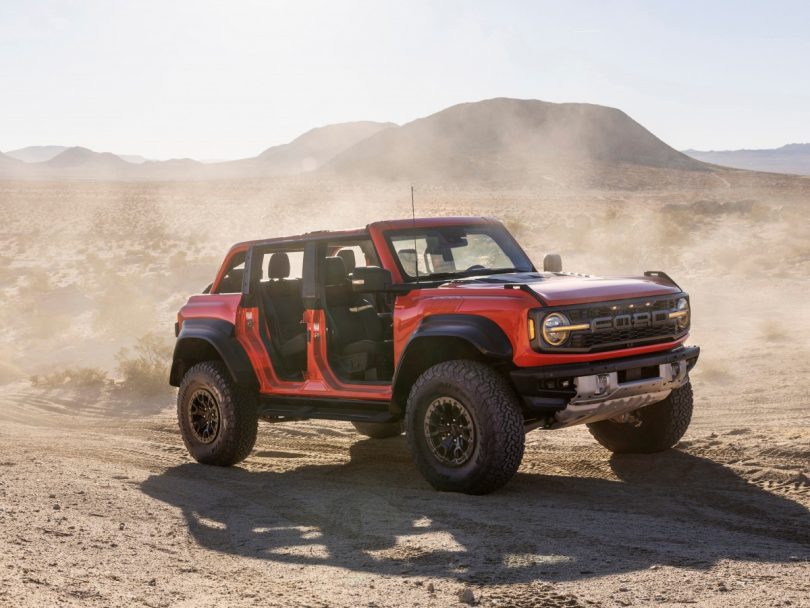 Ford’s exit from India was one of the key highlights in the automotive world in CY 2021. But now, Ford is in the news for all the right reasons. The American carmaker has announced the launch of its extreme off-roader, the Bronco Raptor. This makes it the most powerful street-legal Bronco Ford has ever produced. Moreover, this is also the first SUV to draw its inspiration from the Ultra-4 Racing series. For the ones wondering what exactly is Ultra-4 Racing? This is an event that is often dubbed as being the toughest one-day off-road race on the planet. With a price tag of USD 68,500, this car is one of the exclusive SUVs on sale.

When compared to the standard Bronco, this Raptor edition is wider by almost 9.8 inches. The overall physical dimensions measure 4,851mm in length, 198 cm in height and 2,177mm in width. In terms of aesthetics as well, Ford has done enough to make it stand out from the base trim. The unique muscular bodywork adds to the SUV character.

Powering the monster is a 3.0-litre V6 EcoBoost engine that’s made of graphite iron block. Ford mentioned that these iron ones are much more durable, especially under heavy load usage. The official power figures are not yet out, but Ford has plans to breach the 400 HP mark. The cooling system consists of an intercooler alongside an air-induction mechanism. The equipped 10-speed gearbox is similar to the one we see in the F-150 Raptor and the Ranger Raptor.

What Makes the Bronco Raptor The Most Capable Off-Roader?

Ford is equipping the SUV with a four-wheel-drive system that gets 7 different “G.O.A.T” modes. The key highlighting mode is the new Baja Mode, which activates a turbo anti-lag system. For the ones looking for pop and crackles and making a presence in the arena, this SUV won’t let them down. Ford has also worked on improving the agility of the SUV. Bronco Raptor gets Ford’s new Performance control arms. This results in wheel travel of 33 cm in the front and 35.5 cm in the rear. The front bumper made of steel gets removable end caps for better clearance. 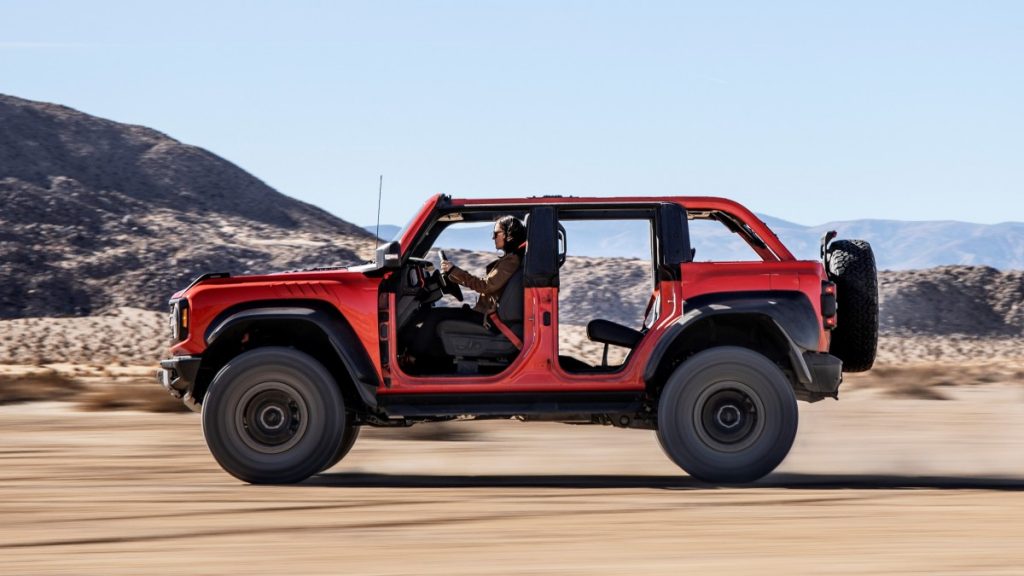 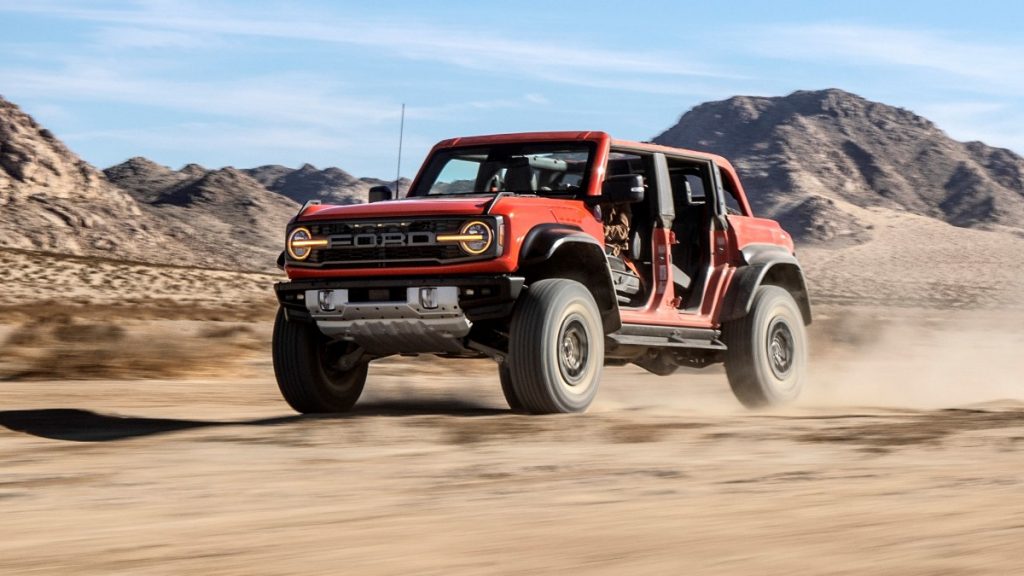 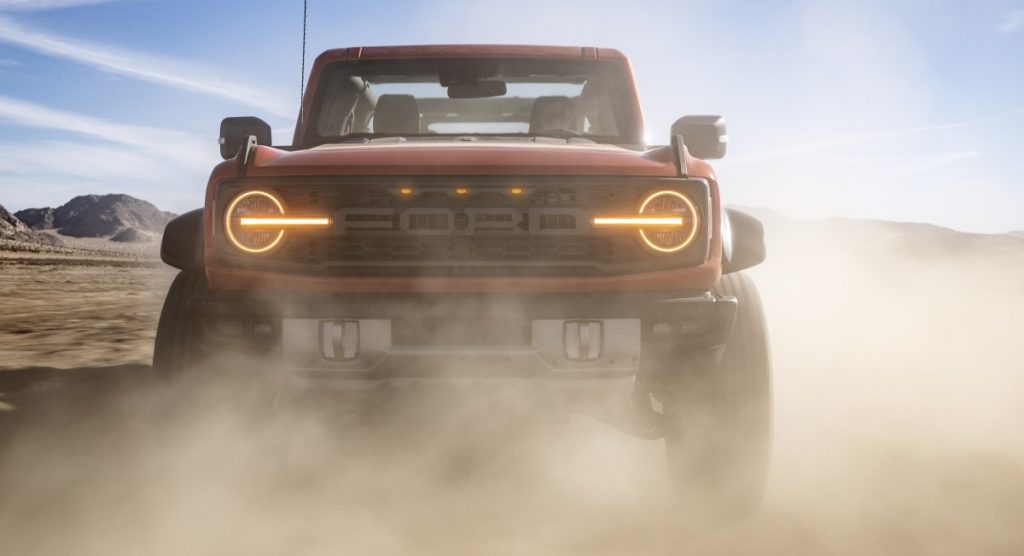