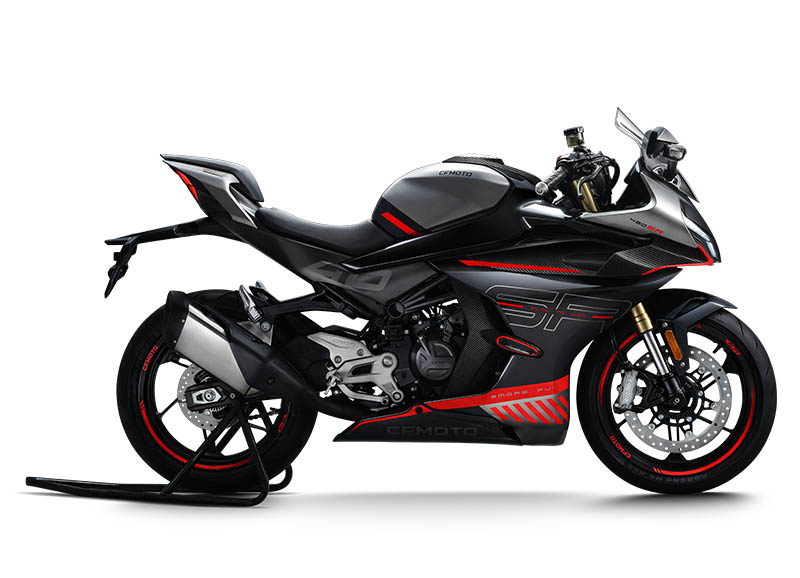 CFMoto has been showcasing quite a few new models of late. This time, it is the fully faired SR450.

Design of the CFMoto SR450

This new bike takes inspiration from the concept model – SR-C21, which was displayed at the 2021 EICMA Show. In terms of looks, the SR450 is a welcome departure from the styling of the 300SR. The SR450 looks much more futuristic. We can also notice similarities with the Keeway 300SR, which is currently being sold in India. The front end is sleek, and the bike sports an aggressive design. It gets LED DRLs and a headlamp.

CFMoto is offering the grey, black and red paint job, which was sported by the concept bike as well. One unique feature of the bike is the aerodynamic winglets on the fairings.

Regarding braking hardware, the bike gets a single 320 mm disc at the front and a 220 mm disc at the back. Other features include ABS, USB ports, a 5-inch TFT display and a connected module called a T-box which includes 4G connectivity and real-time information like the location of the motorcycle, mileage, etc. The T-box can also be paired with the user’s mobile phone.

Powertrain of the CFMoto SR450

The bike gets a 450cc parallel twin-cylinder engine with DOHC. The engine develops a power of 49.61 BHP @ 9,500 rpm and a maximum torque of 39 Nm @ 7,600 rpm. While the concept bike had a full exhaust from SC Project, sadly, it hasn’t made its way to the production version.

The company has claimed a sub 5-second time for the 0-100 km/h sprint. Other features include

It is unlikely that the SR450 will make its way to the Indian shores. Even though CFMoto was briefly present in India, it looks like they won’t be resuming operations anytime soon. 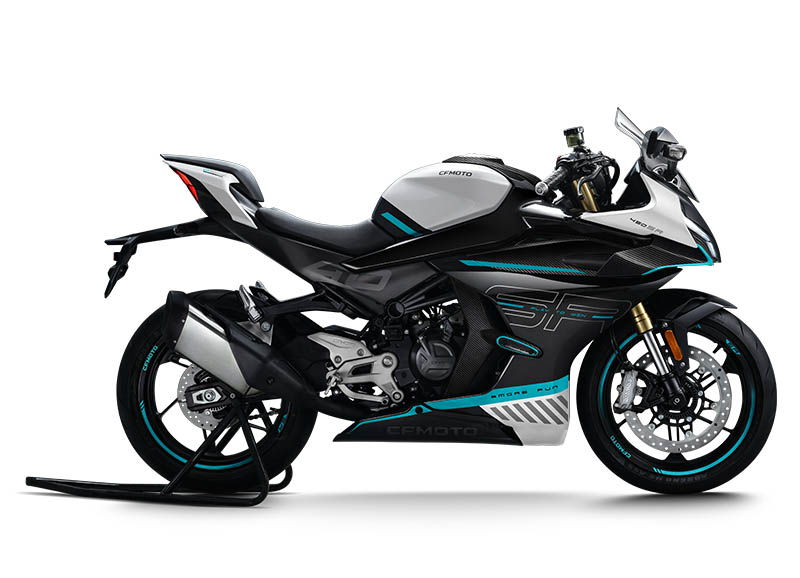 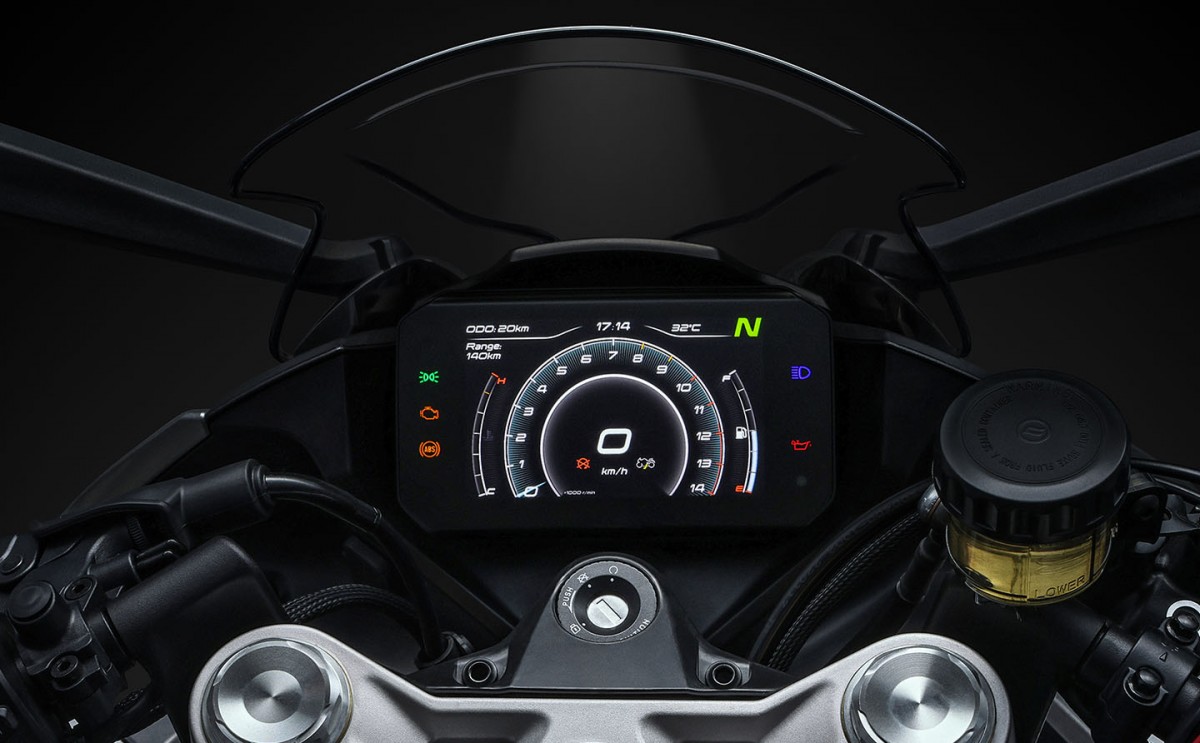 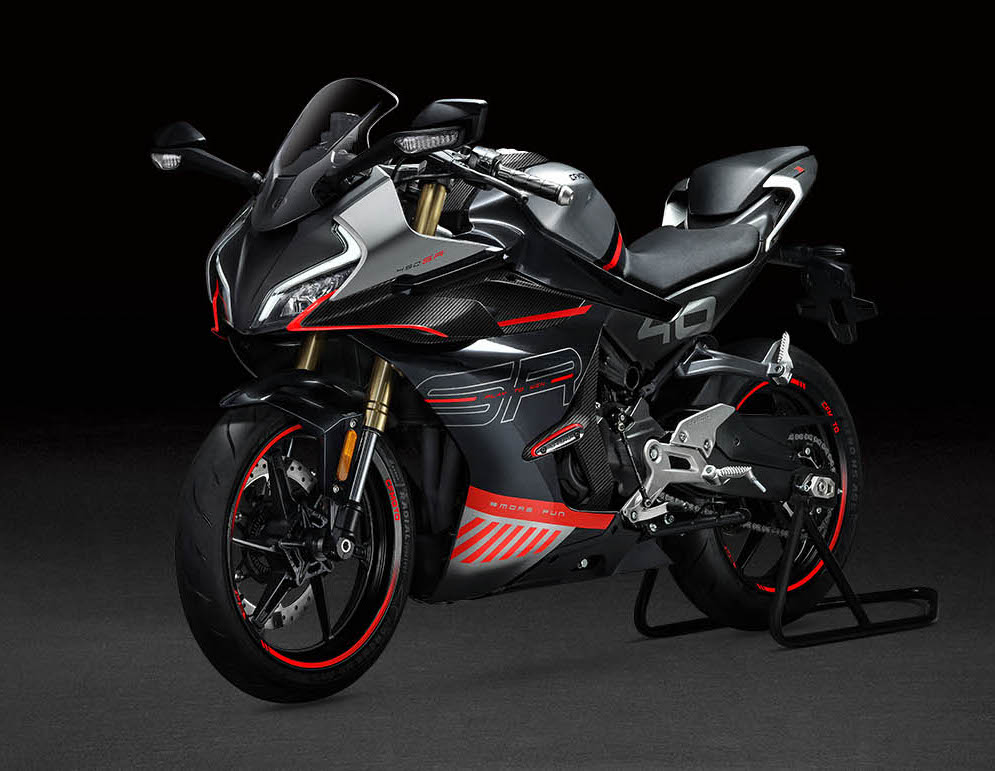