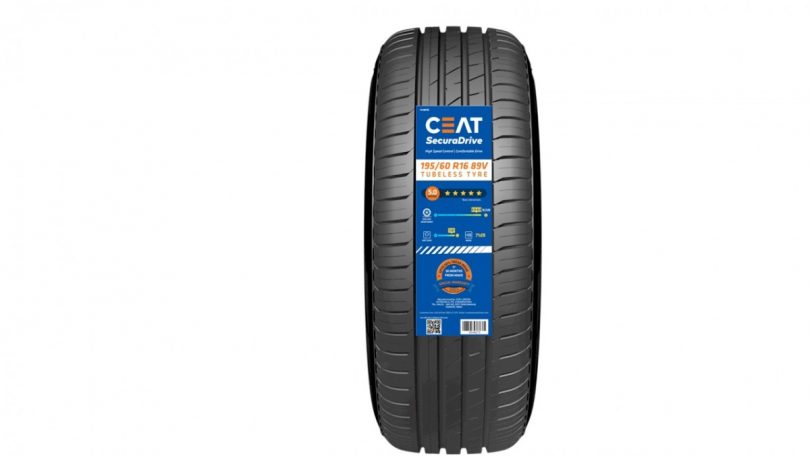 CEAT has introduced its first ‘Label Rated’ car tyres in the Indian market. The new range of performance indicator ratings for its premium offerings namely Fuelsmarrt and SecuraDrive. The new label rated tyre allows the customer to comprehend what is being offered before making the buying decision. The brand has announced that the rating system is in line with the international rating system already present and widely accepted in the tyre industry.

The brand has already implemented performance ratings known as labelling norms in European and the Middle East and CEAT Fuelsmarrt tyres are available for premium hatchbacks in the 12-14 inch rim size and the SecuraDrive tyres available in the 15-inch size offered on most sedans and compact SUV. The rating system on these tyres indicate factors such as Rolling Resistance, Wet Grip and Tyre Noise level. The Rolling Resistance indicator shows how good the tyre is in terms of its fuel savings technology. Likewise, the Wet Grip indicator shows how efficient is the braking performance is, making the car safer and finally the Tyre Noise indicator shows the lower NVH levels translating to a comfortable drive.

In the recent past, CEAT announced that the brand has become the Original Equipment supplier for the Renault Kiger B-SUV in the Indian market. The CEAT tyre that will come with the Kiger will be in the size of 195/60/R16 giving the SUV a wide appearance. The tyre for the Kiger is made with an advanced silica polymer compound that offers low rolling resistance, low noise and optimum grip. Apart from the Renault Kiger, the brand has also become the OEM tyre supplier for the Nissan Magnite.