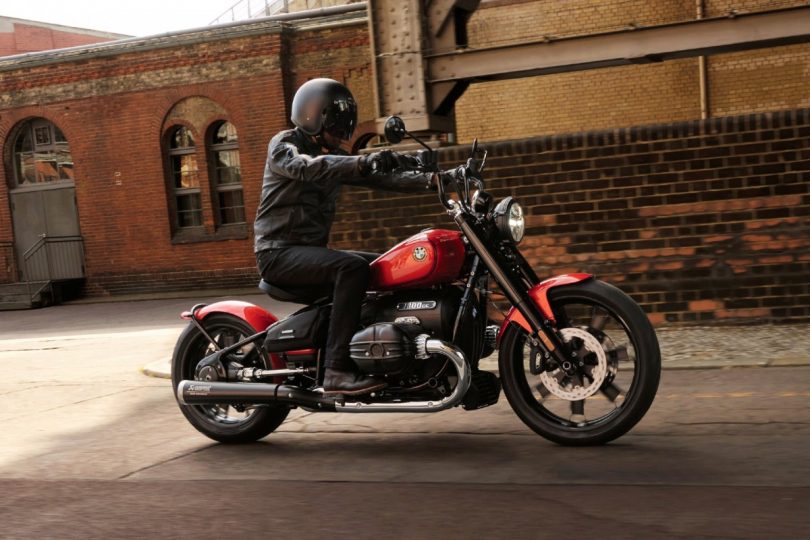 BMW Motorrad’s popular R18 cruiser motorcycle now gets a fresh dose of style and a sonorous boost from the new Akrapovic rear silencers. BMW Motorrad’s R18 took everyone by surprise when the brand unveiled it in April 2020. The brand later on, launched the bike in September 2020. The R18 is BMW’s attempt to tap into the heavy cruiser market segment. Currently dominating the segment are Harley-Davidson and Indian Motorcycles.

Like most models from Harley-Davidson, the R18 is conversion-friendly. This helps buyers to individualise the bike to their liking with the plethora of options available. Now, with the new Akrapovic exhaust system, customers will have another option added to that long list of options available.

The new Akrapovic rear silencers for the BMW Motorrad R18 are 97 mm shorter than the standard ones. Furthermore, compared to the standard chrome ones, these get a matt black coating and durable stainless steel construction. The exhaust system also gets a silver end cap, which is adjustable in 90-degree steps. All these changes to the rear silencers lend the R18 a much sportier appearance.

The centre of the end cap also houses a stylised BMW brand symbol – the “propeller”. BMW says this acts as a fine, high-grade detail and special identification mark. To protect the rider’s footwear, both the manifold connection of the slip-on rear silencers get screwed-in heat protection plates.

BMW claims the two Akrapovic rear silencers weigh 8.2 kg. This makes them 1 kg lighter than the standard rear silencers. According to BMW, the new rear silencers are optimally tuned to match the R18’s 1,802cc “Big Boxer” engine. This helps it create a particularly rich and powerful sound. Furthermore, BMW Motorrad homologated the new rear silencers together with the complete vehicle. Hence, it is not necessary to enter these in the vehicle documents. 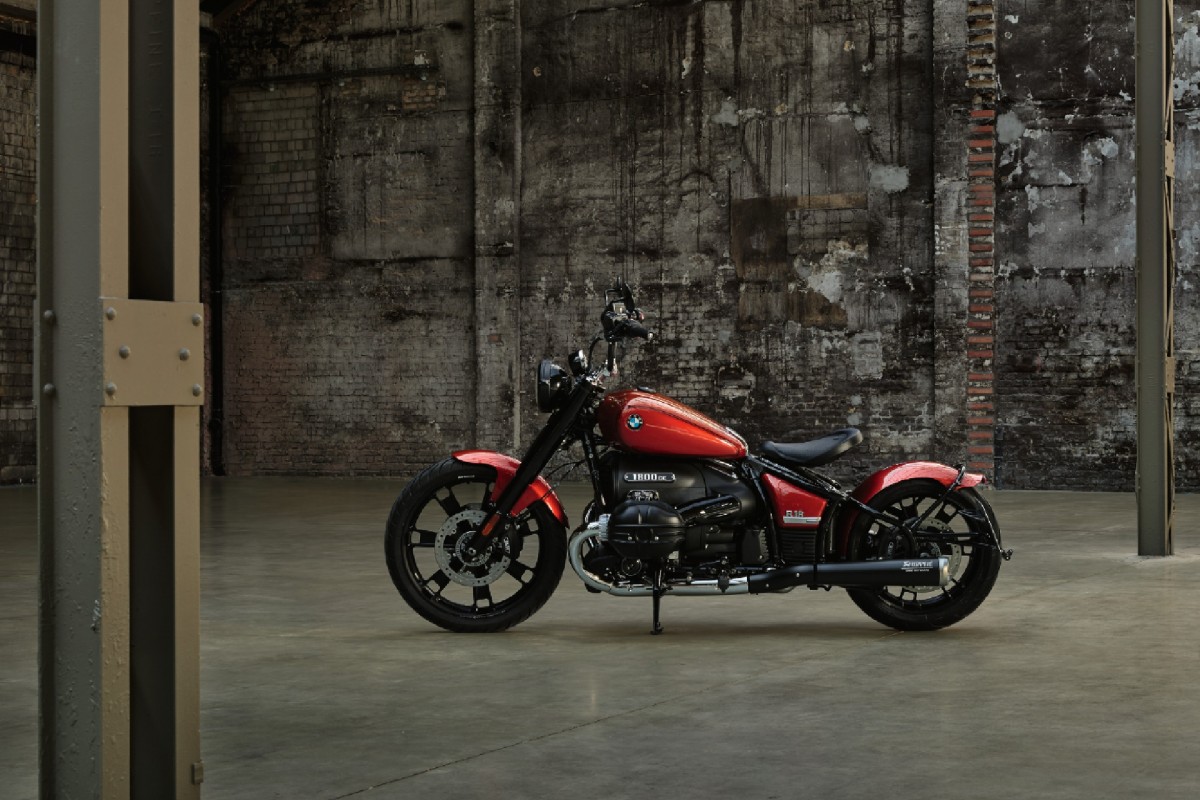 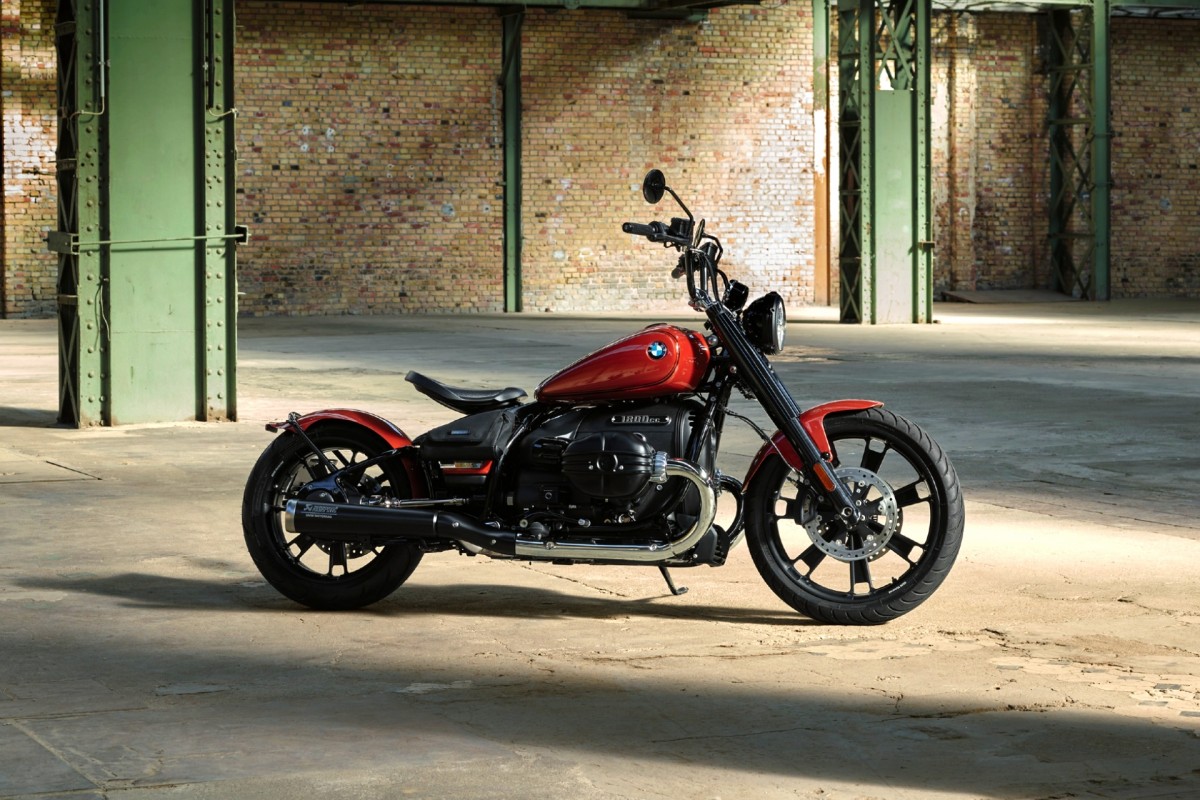 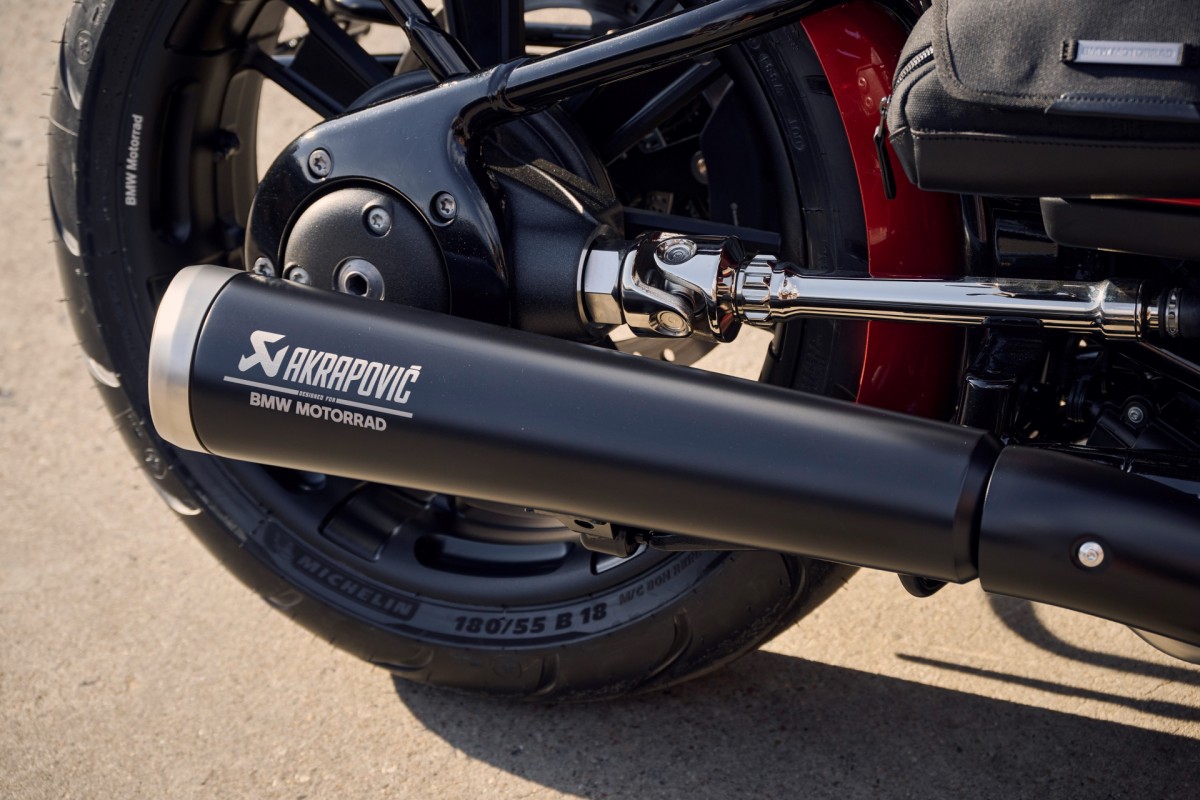 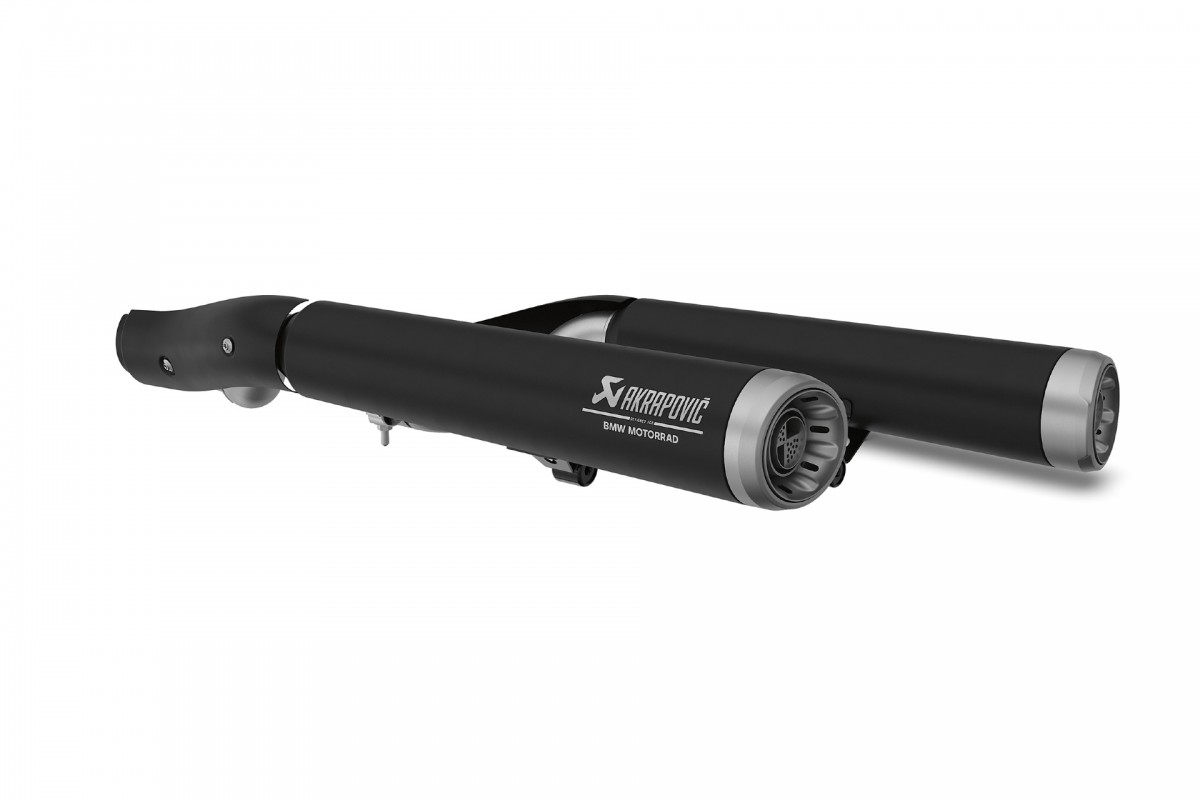