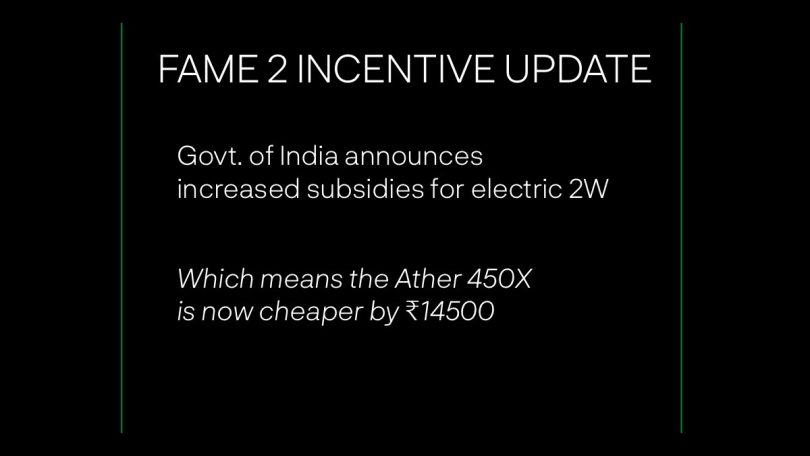 Ather 450X – The growth of electric vehicles in the last few years has been quite appreciable. The Government of India is also encouraging its citizens to opt for zero tailpipe emission vehicles by introducing various incentives. E-mobility is the future of automotive, and there are no two ways about it. The advantages of electric automobiles over their fossil fuel-powered counterparts are pretty significant. And, thus the Government of India and the State Governments are pushing the citizens to choose electric vehicles. Fame II is one of these schemes that attract more customers to buy electric vehicles by offering subsidies.

The scheme was first introduced in 2019 by the Ministry of Heavy Industry. Under this scheme, various electric vehicles which fulfil criteria like having a minimum range of 80 km and a minimum top speed of 40 kmph get multiple discounts. The Government of India was providing a subsidy of INR 10,000 per kWh. But, now the scheme has been revised, and all the electric vehicles are eligible to get a subsidy of INR 15,000 per kWh. The MHI has set up a cap for the incentives. For electric two-wheelers, the incentives cannot be greater than 40 per cent of the cost of vehicles. As it stands, this new revised Fame II policy is only applicable for electric two-wheelers.

Ather 450X and 450 Plus Prices Decreased 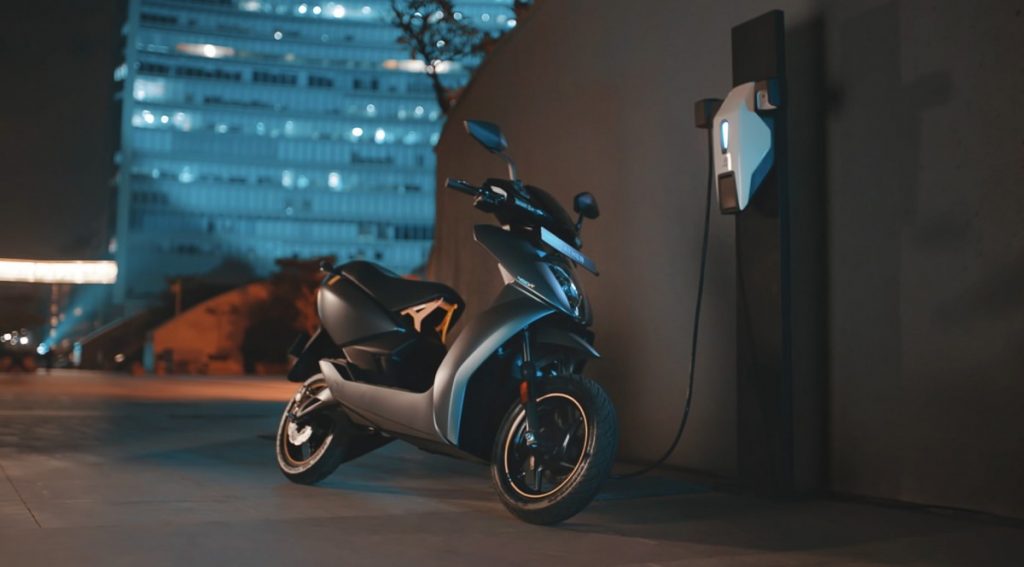