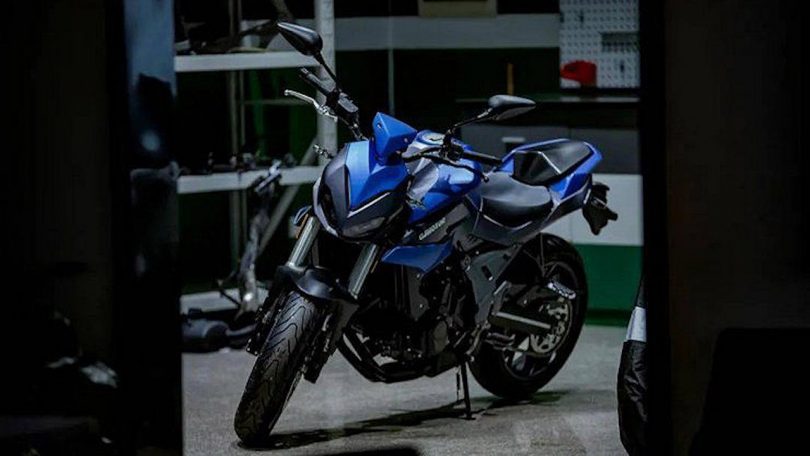 Earlier today we reported the new 2021 Benelli 350 which is likely to make it to the Chinese market in 2021, under the QJ Motor branding, but that is not the only Benelli/QJ Motor lined-up for next year. Another naked streetfighter also appears to be on the brand’s books. While most have been spied before in some form or the other, this appears to be a new motorcycle.

The model name of the new streetfighter is still unknown, but according to media reports, it is expected to be powered by a new 700cc motor that does not match with Benelli’s existing line of powertrains. Unconfirmed reports suggest that it could be a parallel-twin motor but it is not similar to the Benelli 752 motor nor the smaller 502.

Having said that, the motor shares similarities in terms of design and displacement with CF Moto’s twin, as seen in the new 700CL-X. In the overall design department, the new streetfighter appears to draw inspiration from the QJ Motor 350 but the styling appears to be similar to the Kawasaki Z1000, with its low slung LED headlamp unit, muscular fuel tank, a high mounted sharp tail section, split seats, upside-down front fork and a monoshock suspension on the rear.

While further details are still scarce on the new streetfighter, it is safe to speculate that the motorcycle will make its public debut by 2021 in China followed by its launch in the international market. The naked motorcycle is also likely to be sold under the QJ Motor brand in China and could be rebranded as Benelli in the European market.

In related news, a 350cc roadster from QJ Motor is also likely to be revealed in the Chinese market as mentioned before. A Benelli iteration of the QJ Motor motorcycle could also make it to the international market later in 2021.

As of now, no reports of any of the two above-mentioned motorcycles suggest that they could make it to the Indian market.