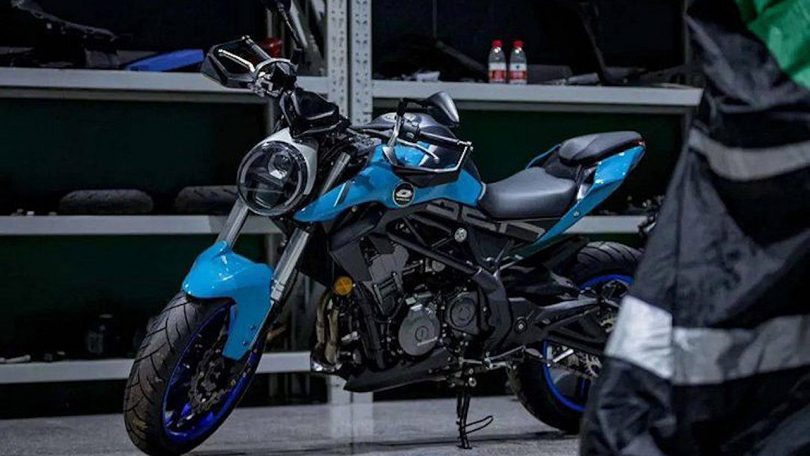 According to a media report, Benelli is working on a new streetfighter motorcycle. The new roadster is likely to be dubbed the Benelli 350S and is expected to be based on the Benelli 302S. It is also being speculated that the motorcycle will be available internationally under the Benelli brand but in the Chinese market, it could be marketed under the QJ Motor brand, Qianjiang’s premium motorcycle arm.

Looking at the leaked pictures, the QJ Motor brand on the tank and a 350 moniker confirming, that the motor has also been upgraded in terms of its displacement. If reports are to be believed the naked roadster will get a 354cc motor. The Benelli iteration is also expected to be upgraded to the same displacement.

The Benelli 350 is likely to use the same underpinnings from the 302S model and the bodywork appears to have improved over the Benelli 302S. The new roadster features an oval LED headlamp unit with projector beams, a wide handlebar with knuckle guards, chiselled fuel tank, split seats with a high mounted tail, aero duct styled rear cowling, boomerang-shaped tank shrouds and gets equipment such as upside-down front suspension, trellis frame, monoshock suspension on the rear etc.

The naked roadster is expected to be launched under the QJ Motor branding and is likely to be launched in the Chinese market by 2021 followed by the European market, under the Benelli brand. As of now, there is no confirmation if the motorcycle will arrive in the Indian market.

In related news, the Harley-Davidson could be developing a new 338cc motorcycle which was earlier speculated to be powered by a 350cc engine owning to the project name – ‘HD350’ which was announced in the past and the 338cc engine capacity is also speculation based on the moniker that might reflect the engine capacity. The Harley-Davidson motorcycle is also likely to share its underpinnings with the Benelli 302S.