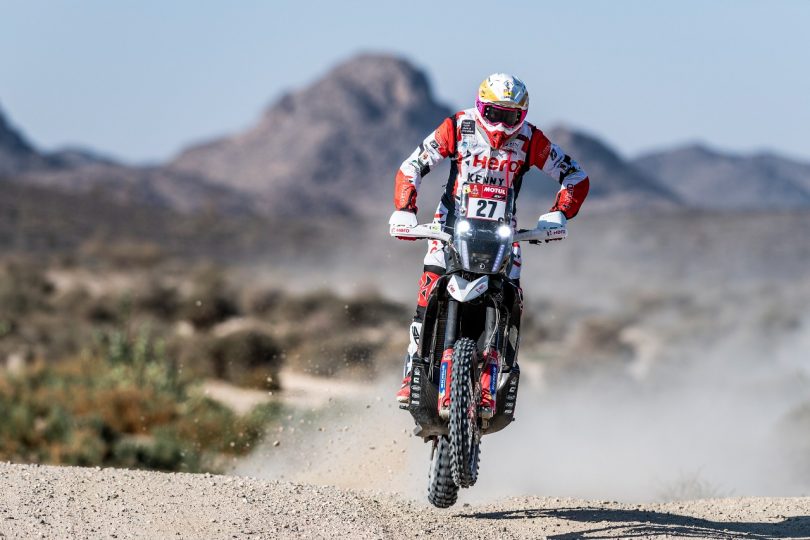 The Dakar rally which started off on 3rd January 2021, saw the Hero MotoSports Team Rally perform at their best. All the three riders of the teams put on a great show and finished the first stage as follows; Joaquim Rodrigues finished with the 22nd position followed by Sebastian Buhler at the 29th meanwhile C S Santosh finished at the 43rd position.

Sebastian Buhler started off with a great lead but upon choosing a wrong track along with 20 other riders caused them to lose out on the position and ultimately he finished at the 29th position. Joaquim Rodrigues and C S Santosh were more cautious about their moves to avoid all the possible causes of accidents and finished at 22nd and 43rd position respectively. The new Hero 450 Rally Bike was also tested to its limits on the first day and it did perform quite well. The second stage of the event is scheduled to start from 4th January which will be 685 km long.

The world’s toughest rally race started off on 3rd January 2021, and stage 1 was held between Jeddah and Bisha. This track of 623 kilometres of length included a 277-kilometre Special stage which was 48 per cent sand and 48 per cent soil where the rider could attain great pace but the dust caused some issues to the riders. The newly updated tyre restriction meant that the rest 3 per cent of the track which was made of stone gravel also proved to be a challenge. The Dakar Rally is divided into 12 stages and is scheduled to conclude on 15th January 2020. 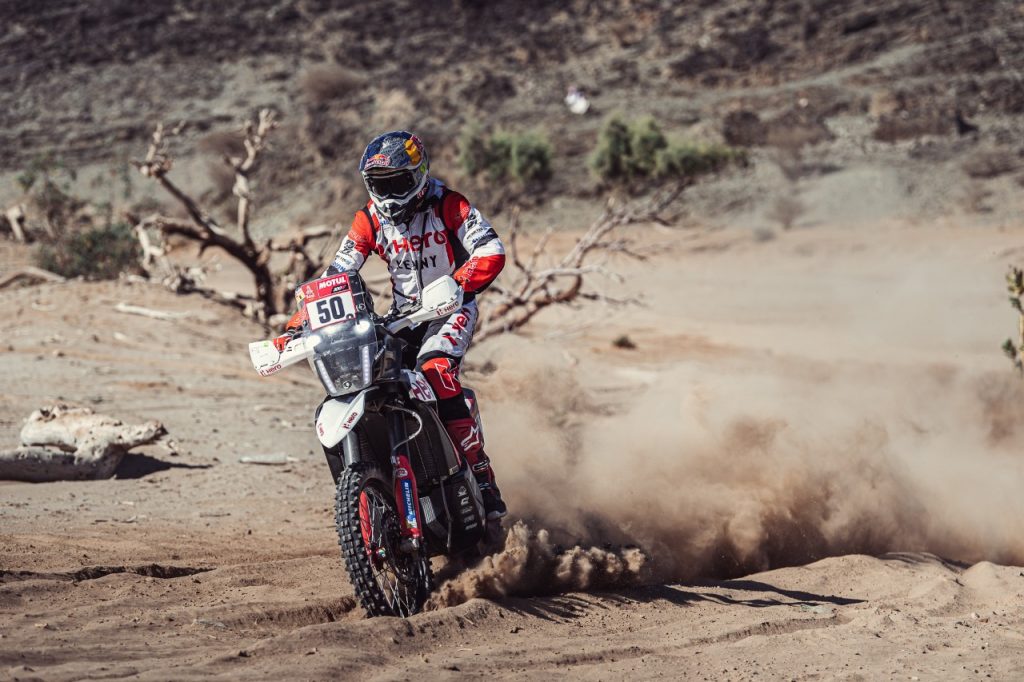 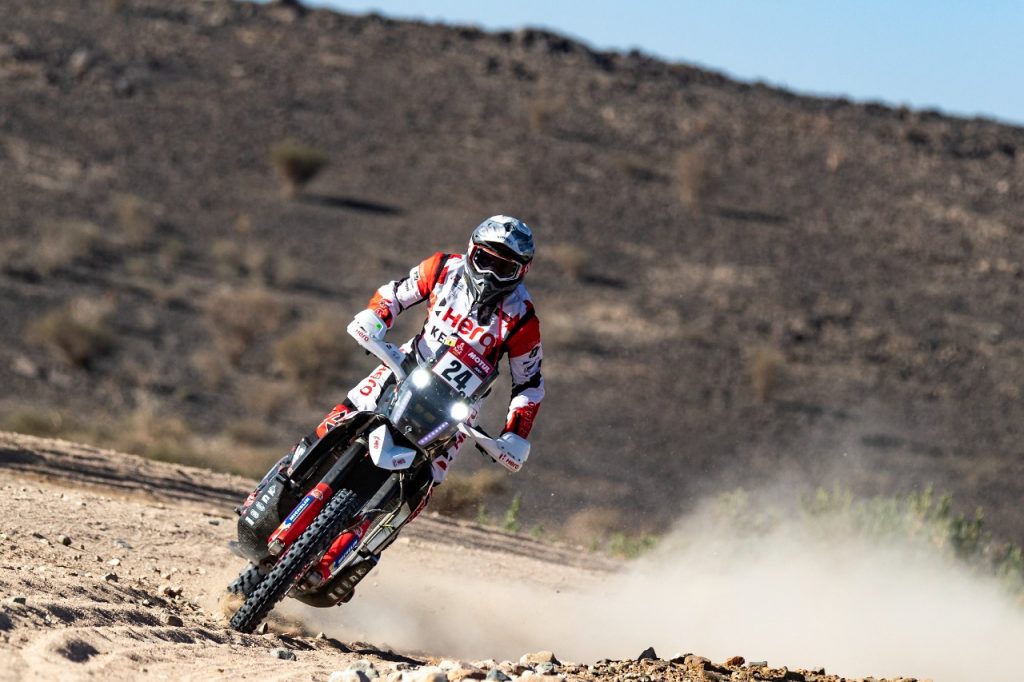