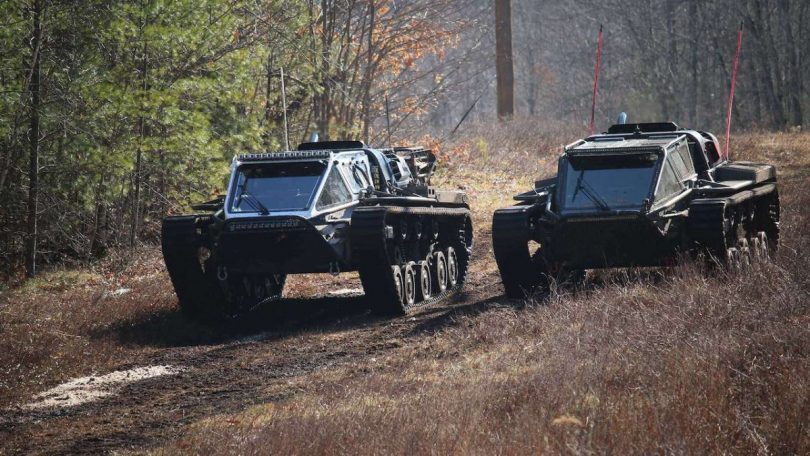 Are you stressed about bad road conditions? How about buying a tank? If you have USD 425,000 lying idle in the bank account, you could own one of the fastest tracked vehicles in the world. Hemmings Auctions is selling a 2020 Howe & Howe Ripsaw EV3-F4 Personal Recreational Tank on its website. The bidding is currently live with a bid of USD 425,000 and ends on 2nd October 2021, a little more than two days from now. Currently, 34 people had bid on the outrageous luxury tank, with 476 watching, when this article was published.

Howe & Howe builds the Ripsaw EV3-F4, a personal recreational vehicle at Old Orchard Beach, Maine. The Ripsaw EV3-F4 is one of the world’s most exclusive rapid dual track vehicles. While Howe & Howe are renowned for building uncrewed vehicles that carry out the most treacherous jobs globally, the EV3-F4 is a human-crewed vehicle with a seating capacity of four.

Powering the Howe & Howe Ripsaw EV3-F4 is a modified 6.6-litre Duramax V8 turbo-diesel engine. The proven oil motor comes paired with a rugged Allison transmission. The brand has optimised this for high-speed driving on all terrains. Pacific Performance Engineering in Montclair, California, has tuned the engine, which now produces 800 Hp of power and a whopping 2033 Nm of torque. As standard, the Ripsaw comes with a PPE Duramax engine that makes 375 to 550 Hp of power and 495 Nm to 950 Nm of twisting force.

This enables the 10,000 Lbs (4,535 Kg) vehicle to achieve a top speed of 88.5 kmph. While that might not sound impressive, until you try doing that off-roads. The four and a half-ton vehicle can also turn on a dime and comes with a turning radius of just 8 feet. The Ripsaw EV3-F4 also boasts a ground clearance of 508mm.

The Ripsaw EV3-F4 come with a steel chassis that rides on high-performance proprietary suspension and custom dual-rate shocks. The tank also gets a rubber track and a 166.5-litre fuel tank capacity. With today’s diesel rate, more than INR 97 a litre, a full tank of fuel would cost approximately INR 16,500. The Ripsaw comes with front, side, rear LED lighting, LED perimeter lighting and engine bay lighting. The tank also features four gull-wing doors and electrically adjustable premium front bucket seats and bench seats for rear occupants. The vehicle also gets heating, air-conditioning and defrosting as an option.

The unit on auction is just one out of six Ripsaw EV3-F4’s in the world. 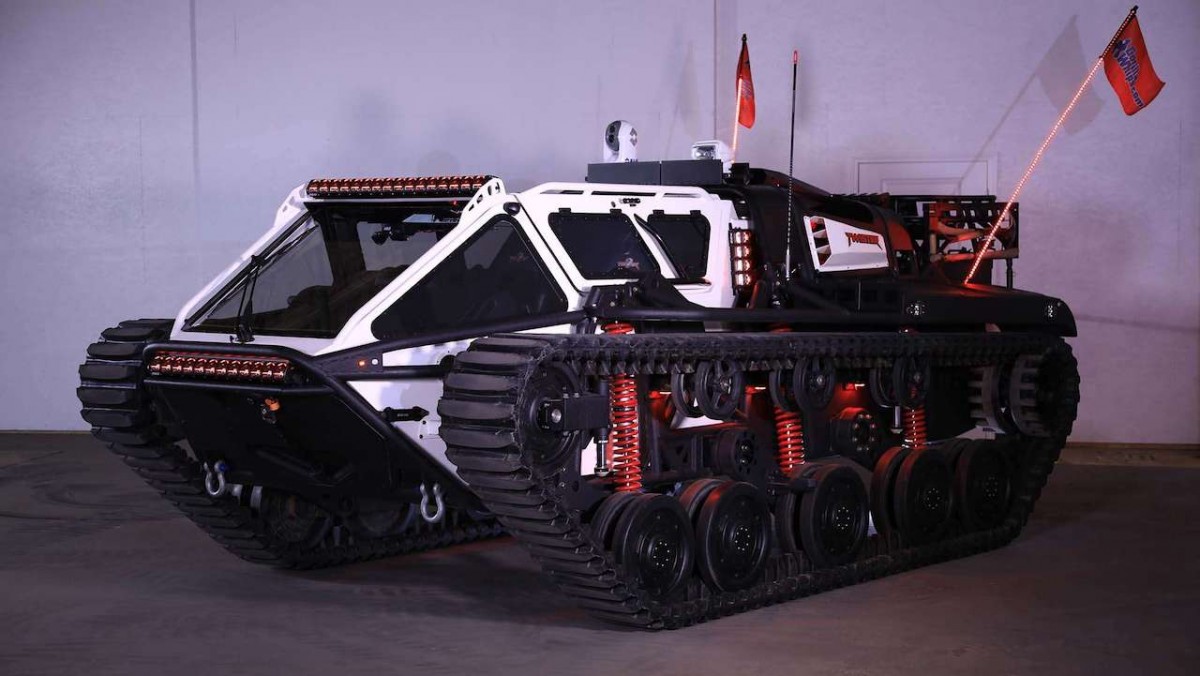 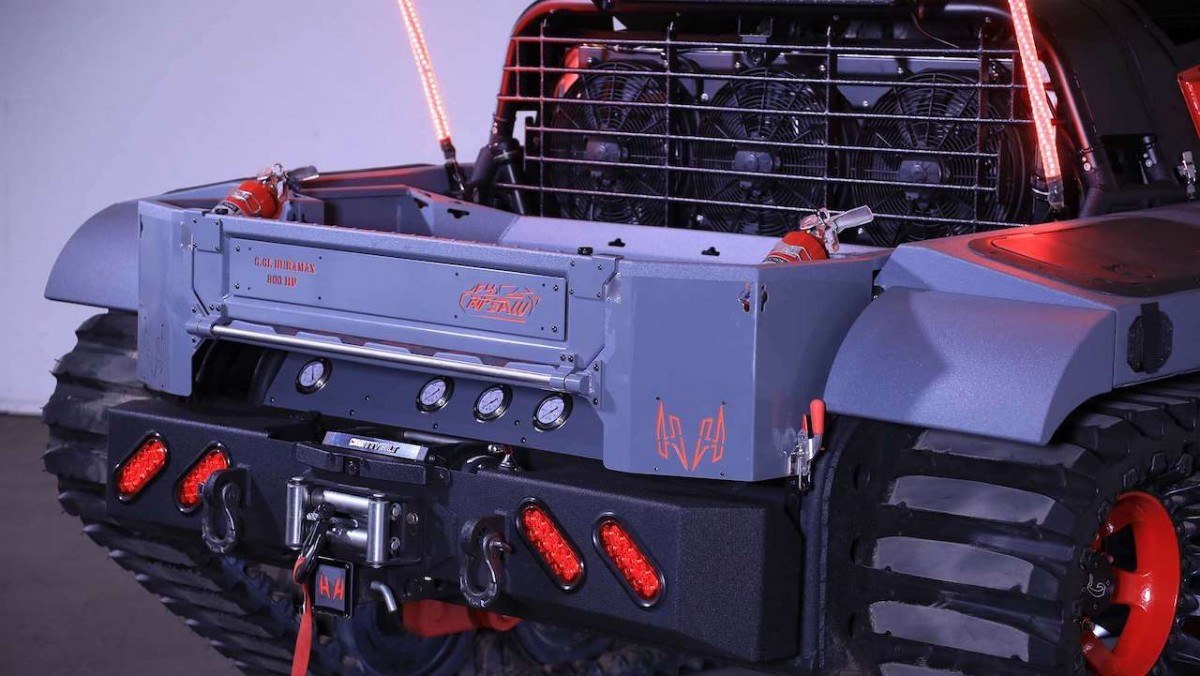 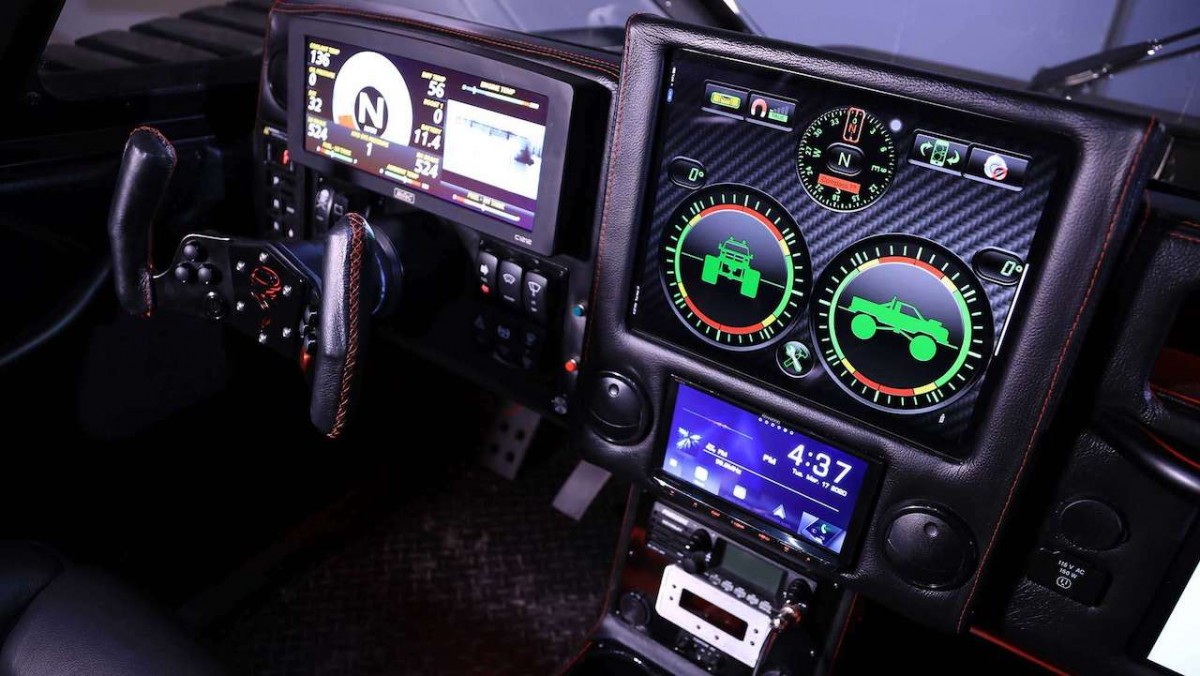 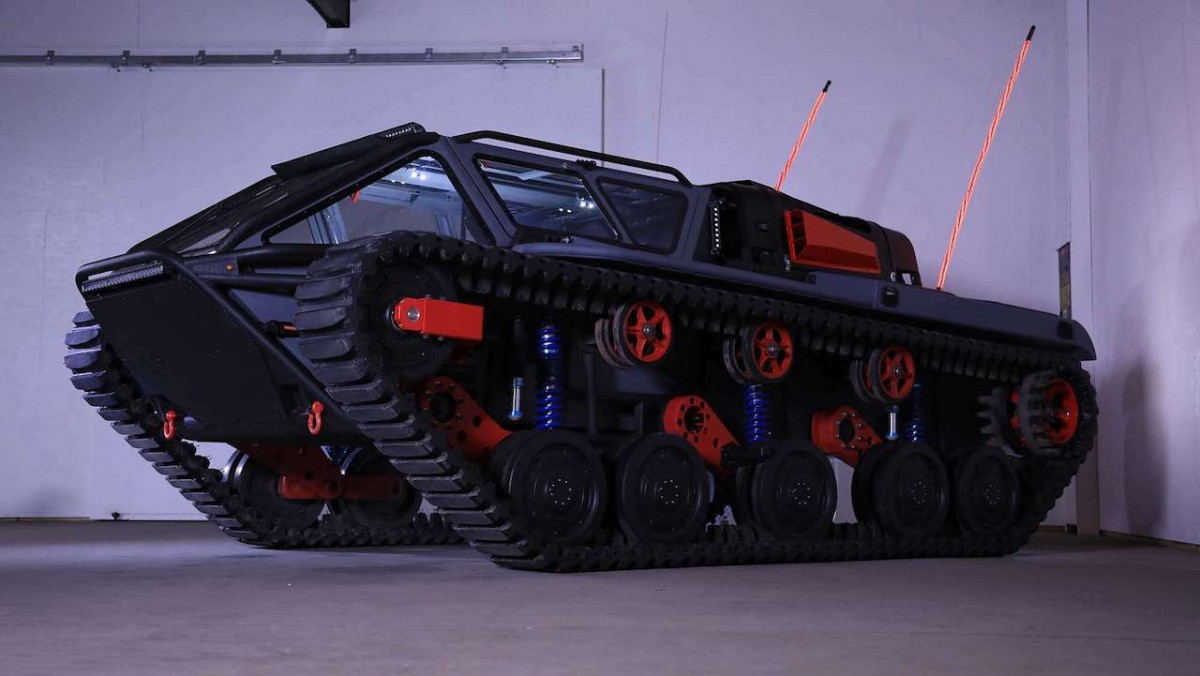 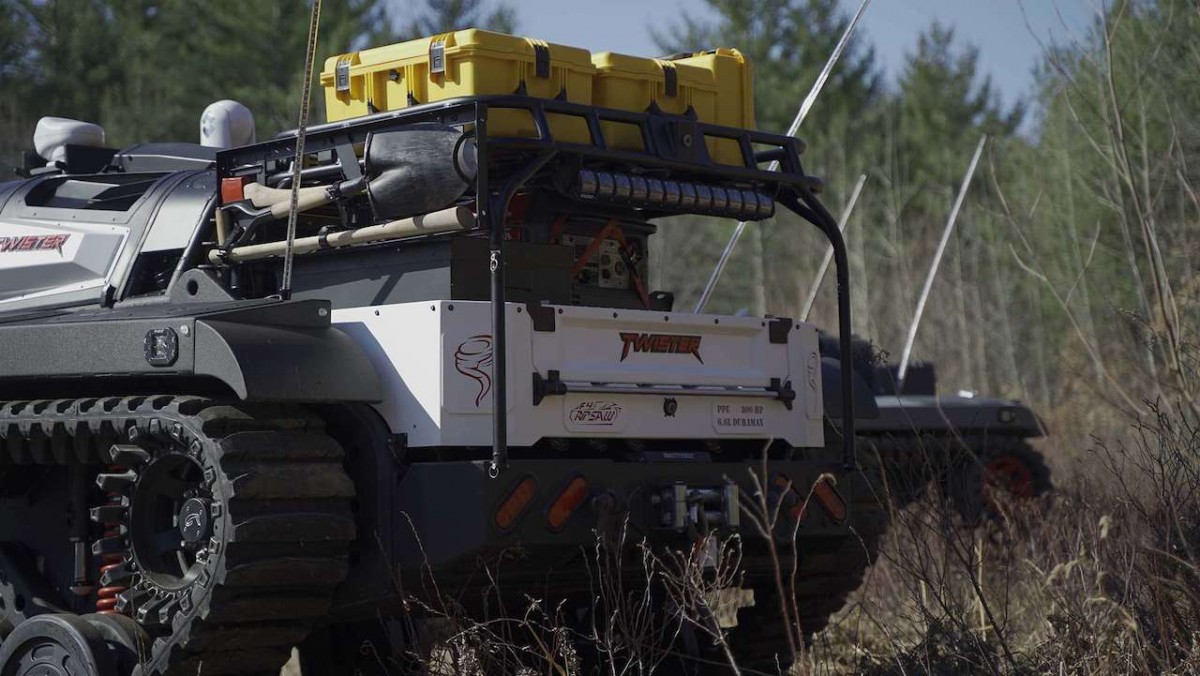 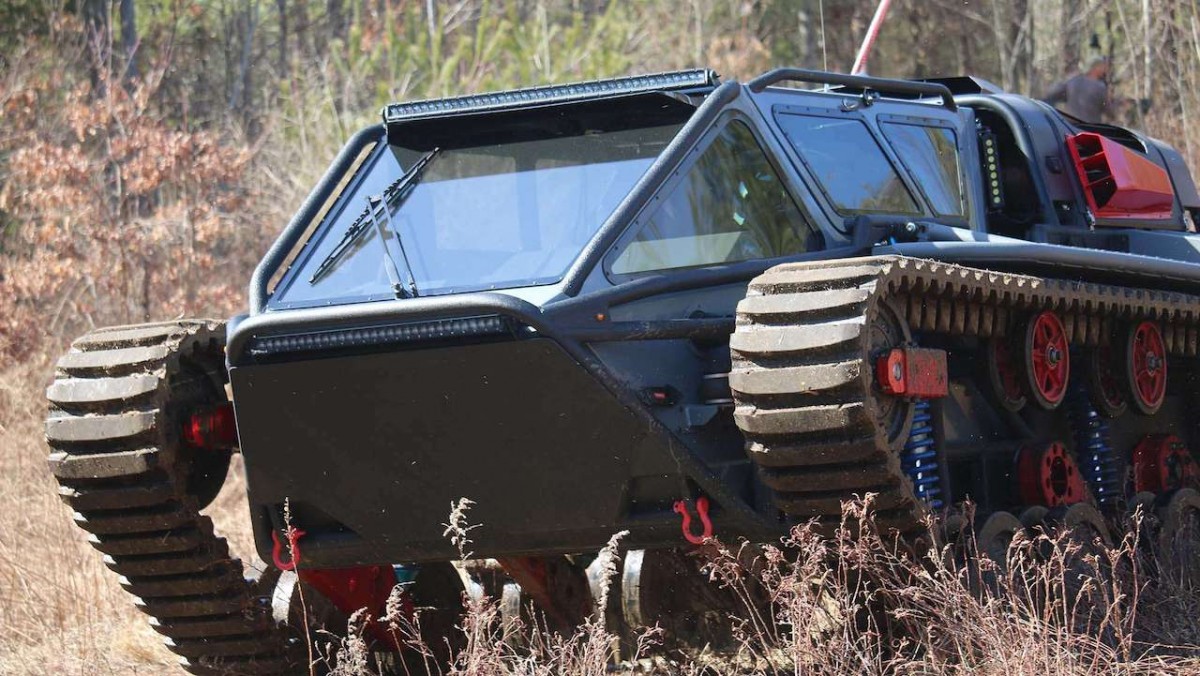 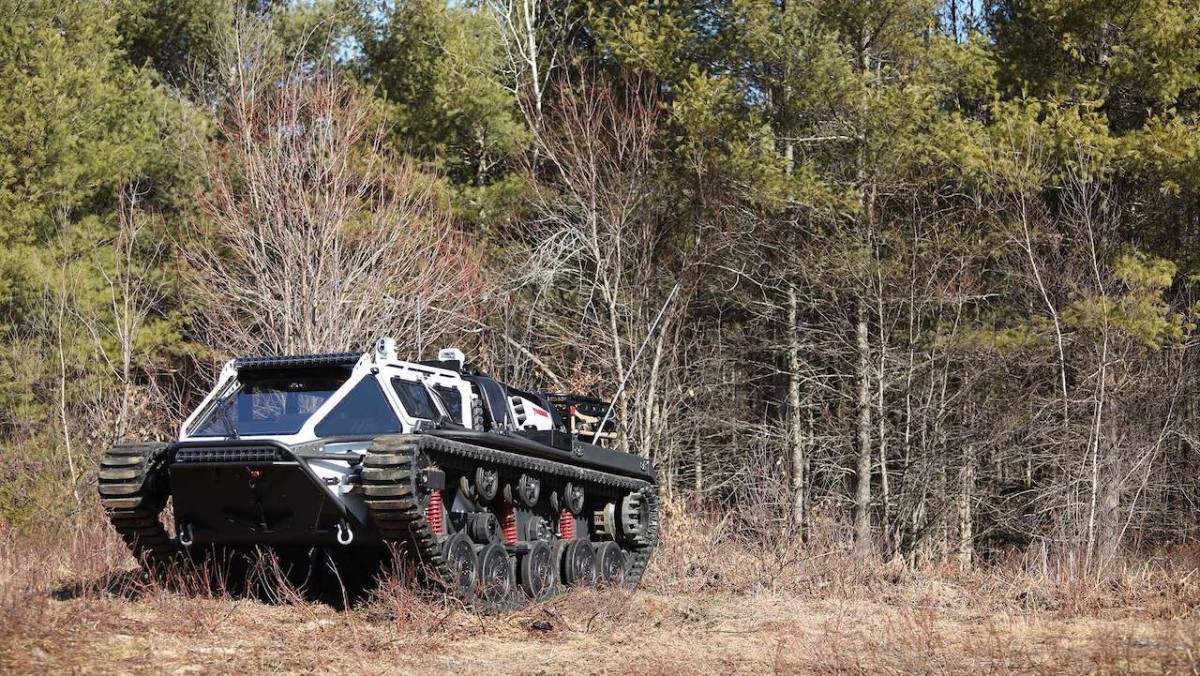 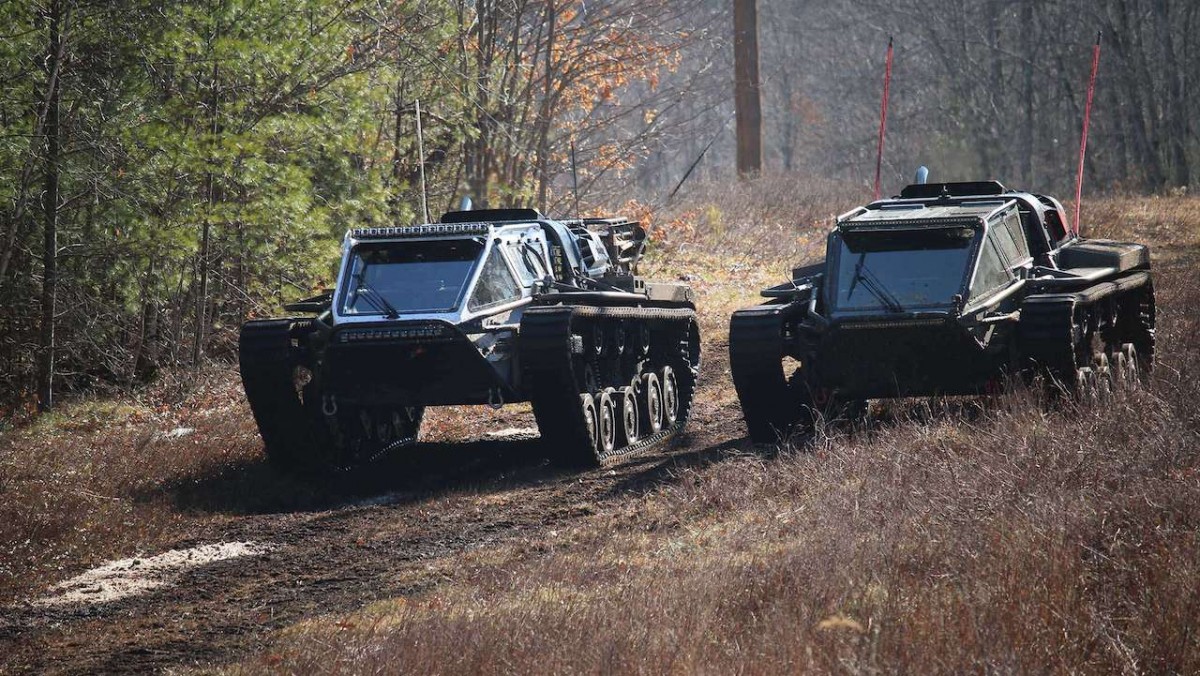 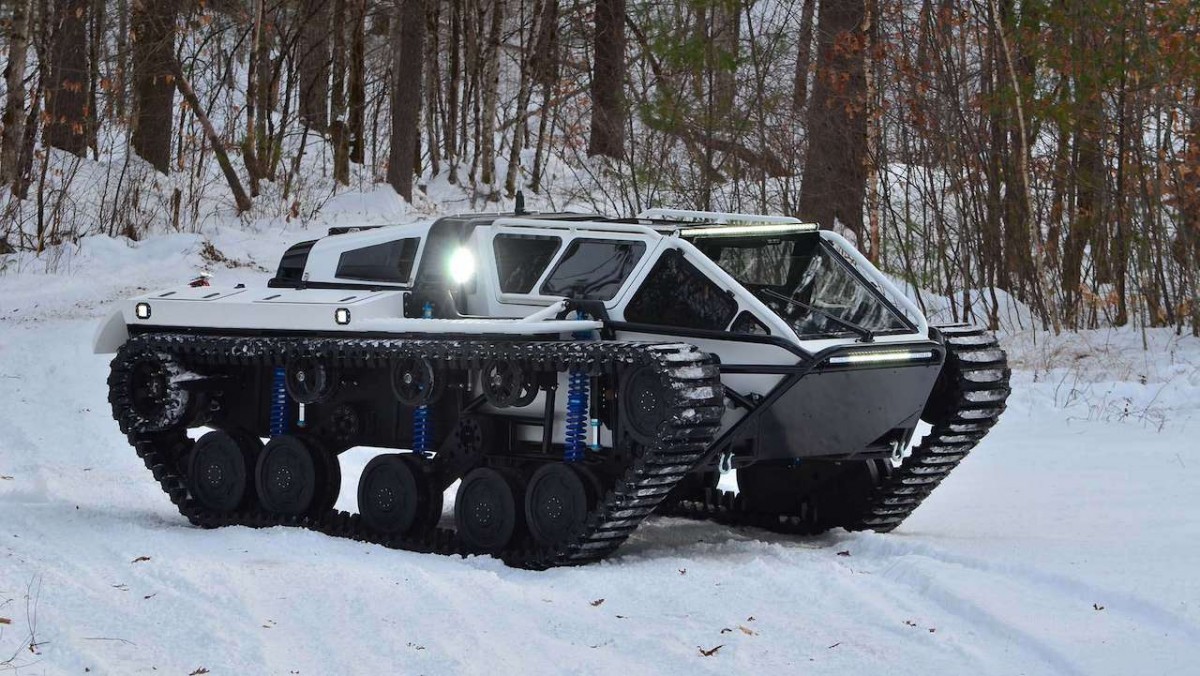 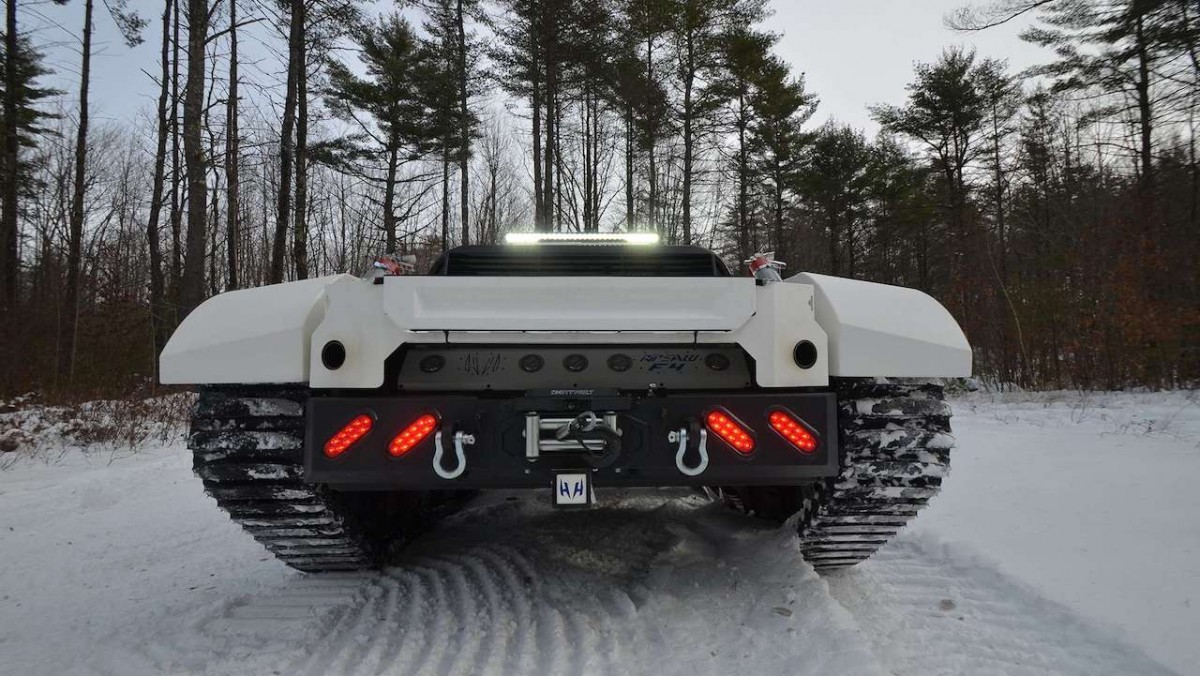