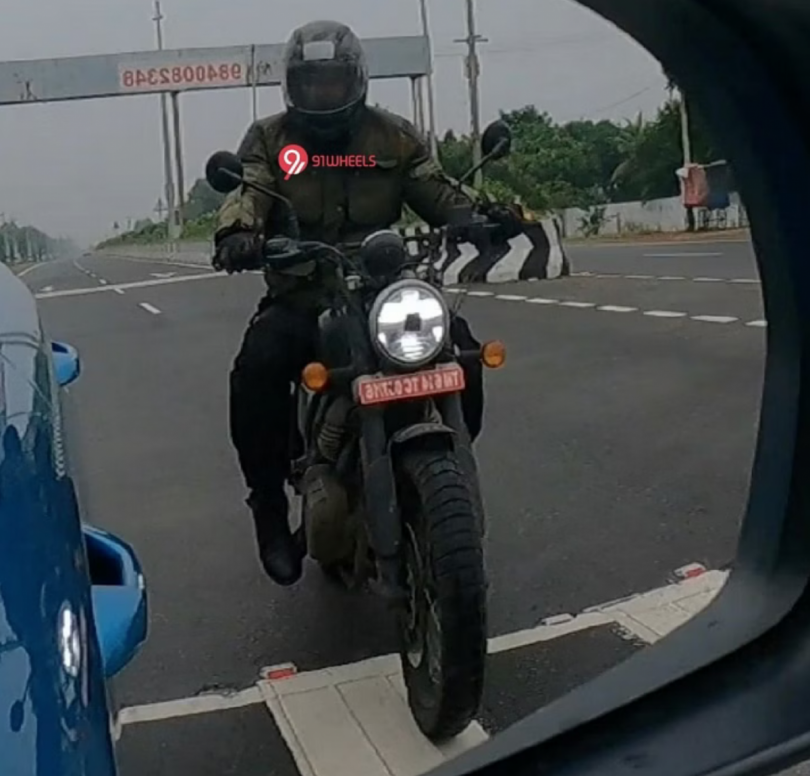 As reported before, Royal Enfield has been on a development spree. From launching new bikes, to on-going development of new upcoming bikes, the Indian bike maker is having its hands full. Now, the 650cc-based Scrambler has been spotted again, this time with a new feature.

The latest images show us the LED headlamp of the bike. The Scrambler will be retaining its character as seen in the images. The bike will get the same 648cc parallel-twin engine that develops 46 BHP and 52 Nm of peak torque. It is possible that Royal Enfield might re-tune the engine. This engine will be paired to a 6-speed gearbox with slipper clutch.

The bike also gets a single exhaust. It uses a different exhaust header which routes the spent gases into a single channel. This means that the exhaust will be less heavier than the current twin-exhaust setup. This exhaust is said to be even more bassy and louder than the current exhausts found on the modern Royal Enfield bikes.

Royal Enfield has equipped the Scrambler with USD forks at the front and LED headlights like the ones found on Super Meteor 650. Exposed wiring at the LED turn indicators could mean that the bike maker is testing out new components..

Unlike other bikes, Royal Enfield has modified its rear subframe. This has ensured that the bike gets a typical scrambler look. The bike comes with a single-seat design and it has a ribbed seat cover.

The seating posture is upright and the riding posture can be described as neutral. Footpeg placement is rear-set which added sportiness to the posture of the rides. The handlebars’ position seems slightly elevated compared to the Hunter 350. Along with the handlebars, the instrument cluster too has moved upwards. A windscreen is missing from the bike, but the production version might be coming with a flyscreen. 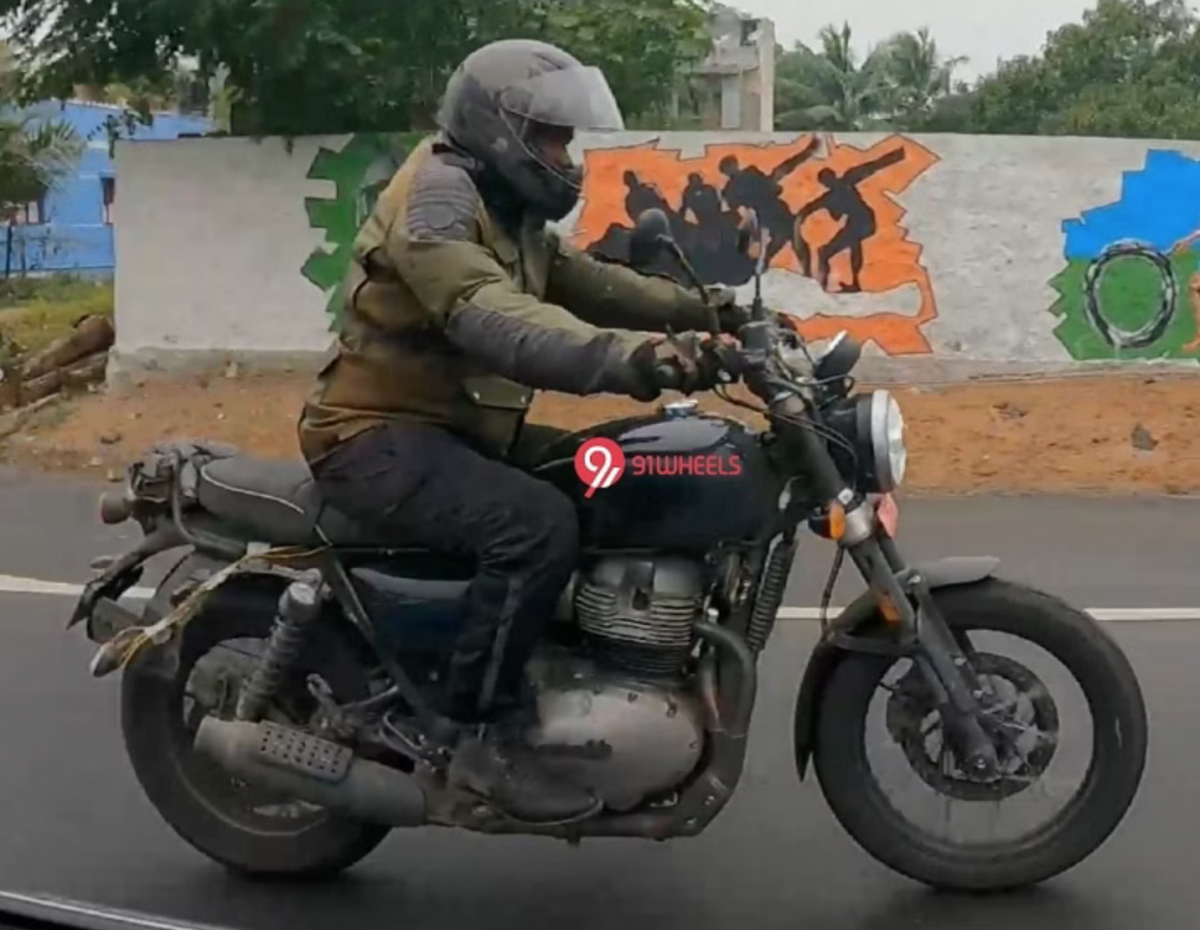 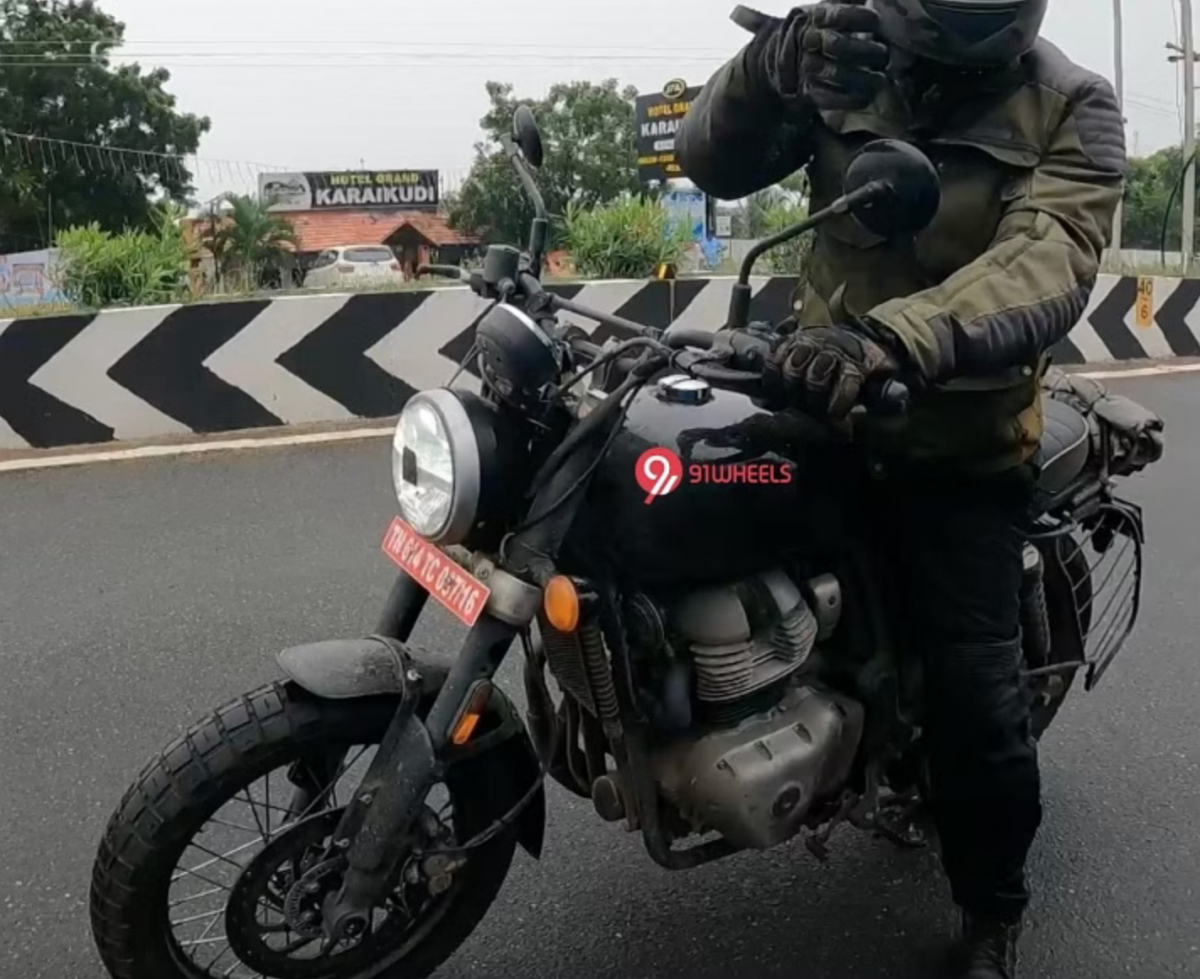