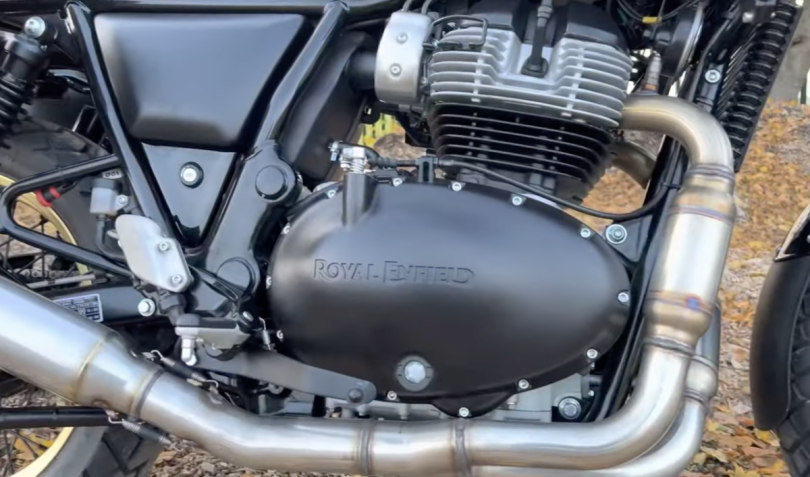 Here are the bikes which are on sale / will be brought soon by the Indian bike maker:

The Royal Enfield Interceptor 650 gets a twin-cradle tubular steel frame. It has been designed by Harris Performance. The motorcycle gets the support of a 41mm conventional telescopic front fork and twin shock absorbers on the rear. The braking power comes from a single 320mm disc brake on the front and a 240mm rear disc brake.

The spy images have revealed a single-seat design. The bike also gets a semi-fairing at the front. To add to its retro-appeal, it also has bar-end mirrors. The rear suspension gets a remote adjuster for the dual shock absorbers. That said, the remote adjuster could be for the purposes of fine-tuning the suspension and is unlikely to be made available with the production version.

The bike was finished in a Dux Deluxe colour. The same round headlights have been carried over, but the blinkers have been repositioned to accommodate the fairing. The semi-fairing extends right up to the fuel tank. Looks like owners can also mount a full fairing. Possibly, the fairing could be offered as part of the official accessory for the bike when launched.

The upcoming Shotgun 650 on Indian has been spotted testing on Indian roads. The new spy shots of the latest 650cc model reveal some of its accessories.

Firstly, we get to see a pair of new dual-tone alloy wheels. These are different from any other options available on current Royal Enfields. We also get to see a blacked-out fly screen and LED turn signal indicators. The Shotgun 650 test mule also sports a large crash guard that wraps around the upper half of the engine.

The latest to join this 650cc bandwagon is the scrambler. This motorcycle was recently spied testing in India. The latest spy pictures give us a few hints of the changes to what was seen on the previous test mule.

Back when Royal Enfield’s 650cc scrambler was spotted overseas, it sported flat-tracker style side panels. But these were not present on the bike that was spotted for the first time on our shores. But interestingly, now, they have made a comeback, albeit the overall finish still looks quite rough. So we understand that this particular Royal Enfield is still some time away.

Royal Enfield also showcased a custom scrambler at the 2022 EICMA motorcycle show in Milan. This 650cc Scrambler is based on the Interceptor 650 and has quite a few noteworthy changes. Point to note, a few test bikes of such a scrambler-styled Interceptor 650 have been spotted out on the Indian streets. Possibly, such a product could debut by mid-2023 here in the Indian market. When launched, will this be called the Royal Enfield Scram 650

The leaked document also shows us an outline of the upcoming adventure bike. This model will be a derivative of the lead model, which is none other than the Interceptor 650. This adventure bike will have a lot of changes compared to the standard model to qualify itself as an adventure motorcycle. The bike will get wire-spoke rims. The front wheel also appears to be bigger in size than the rear. It gets a scooped seat for the rider and a tall-set handlebar. The upright stance of the bike is also very noticeable. A large wind deflector sits up at the front. 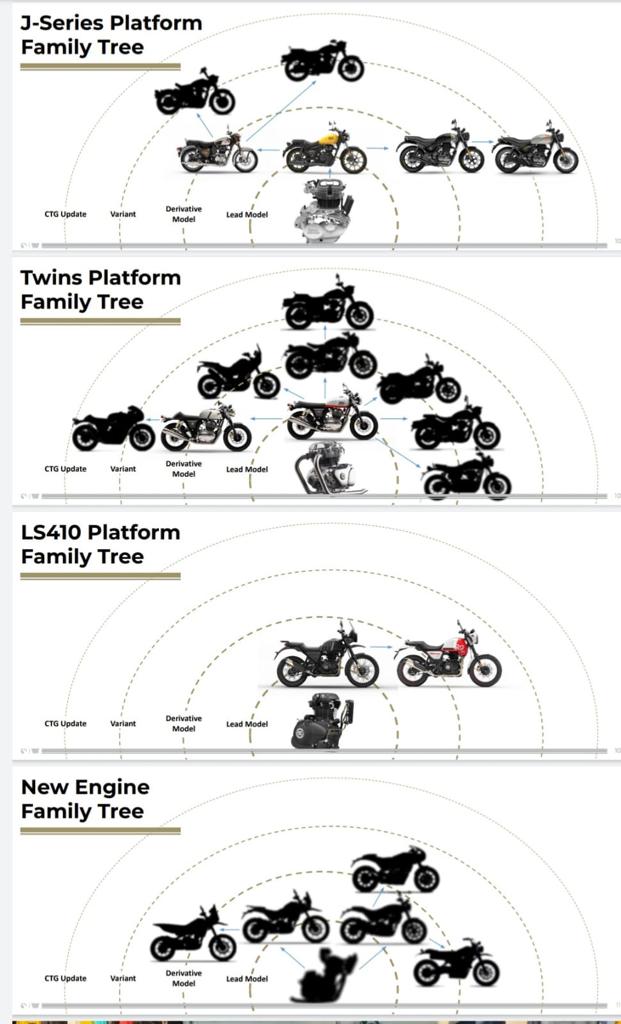 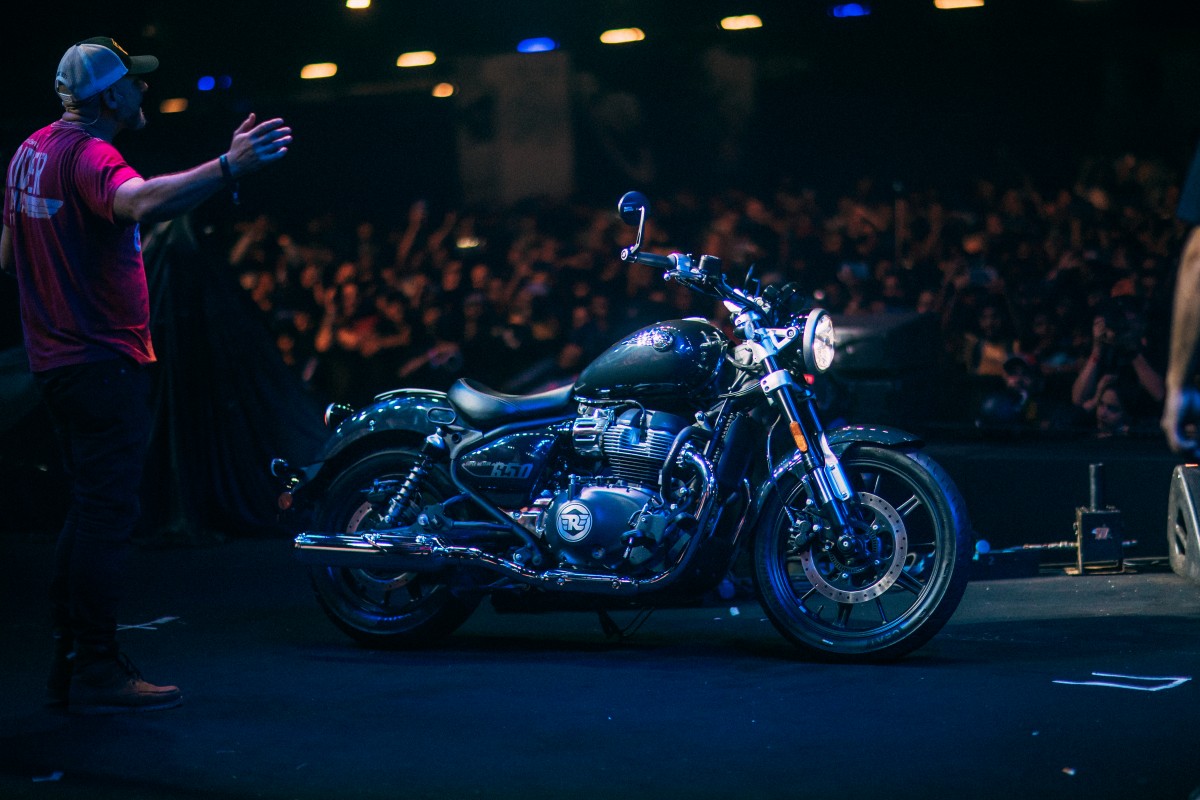 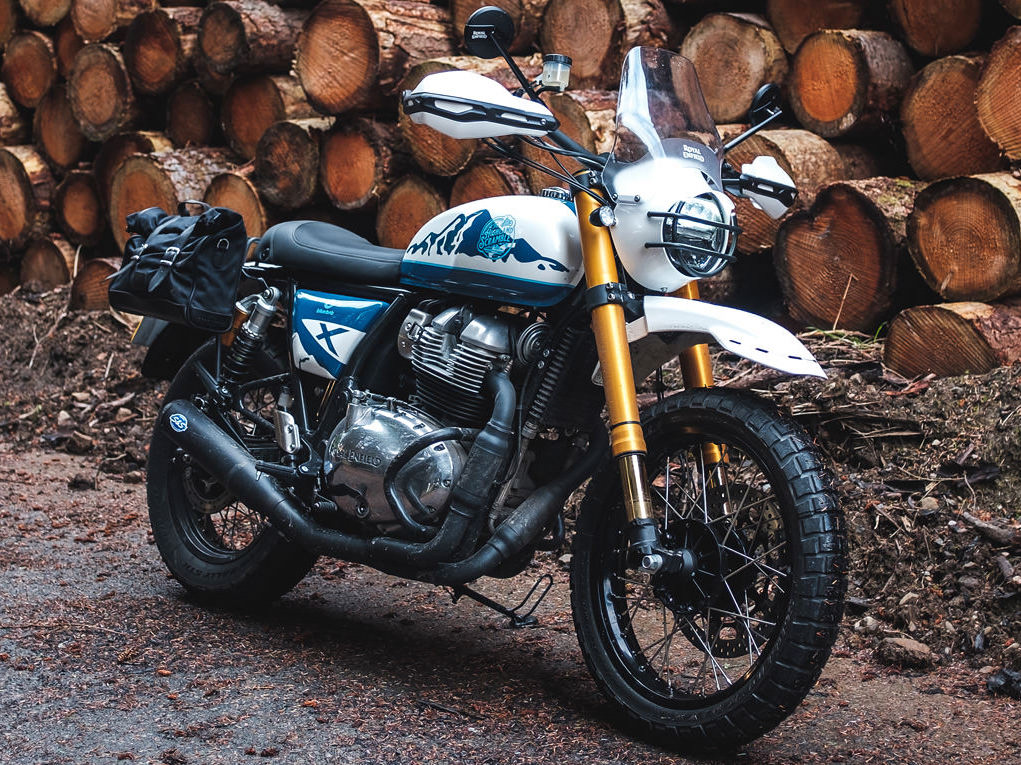 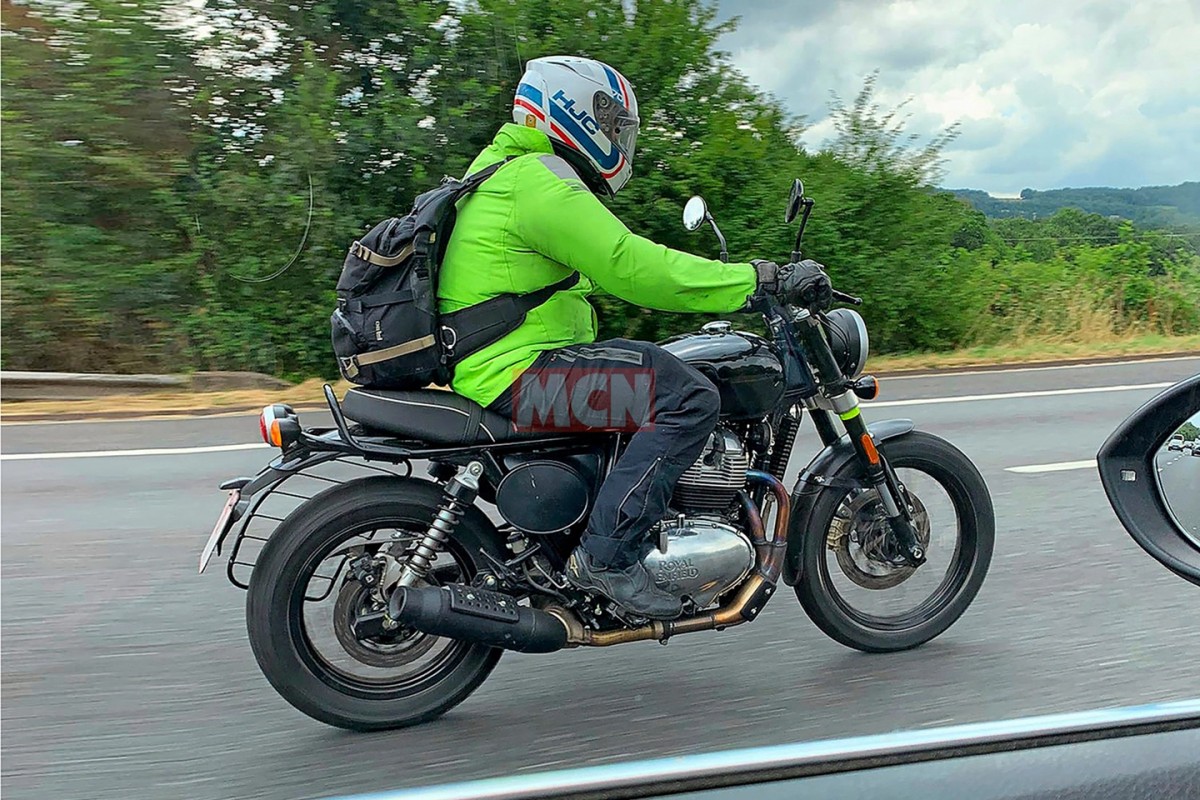 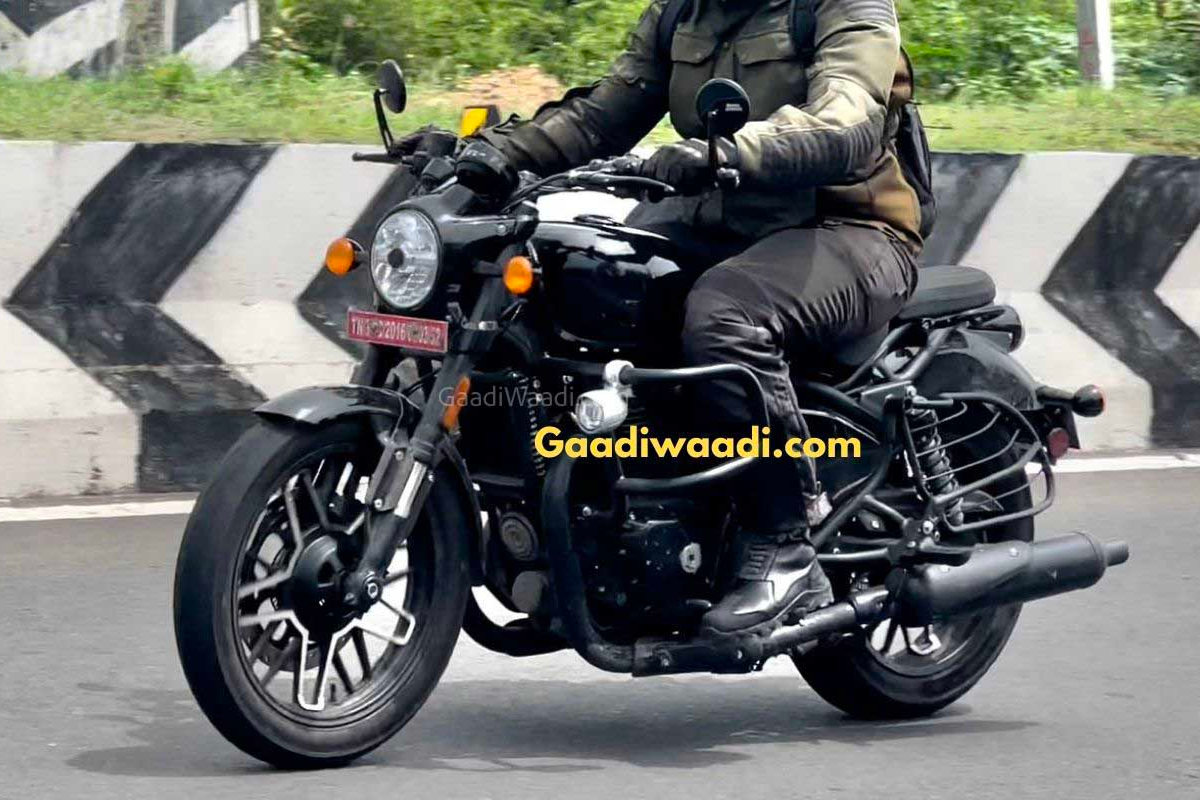 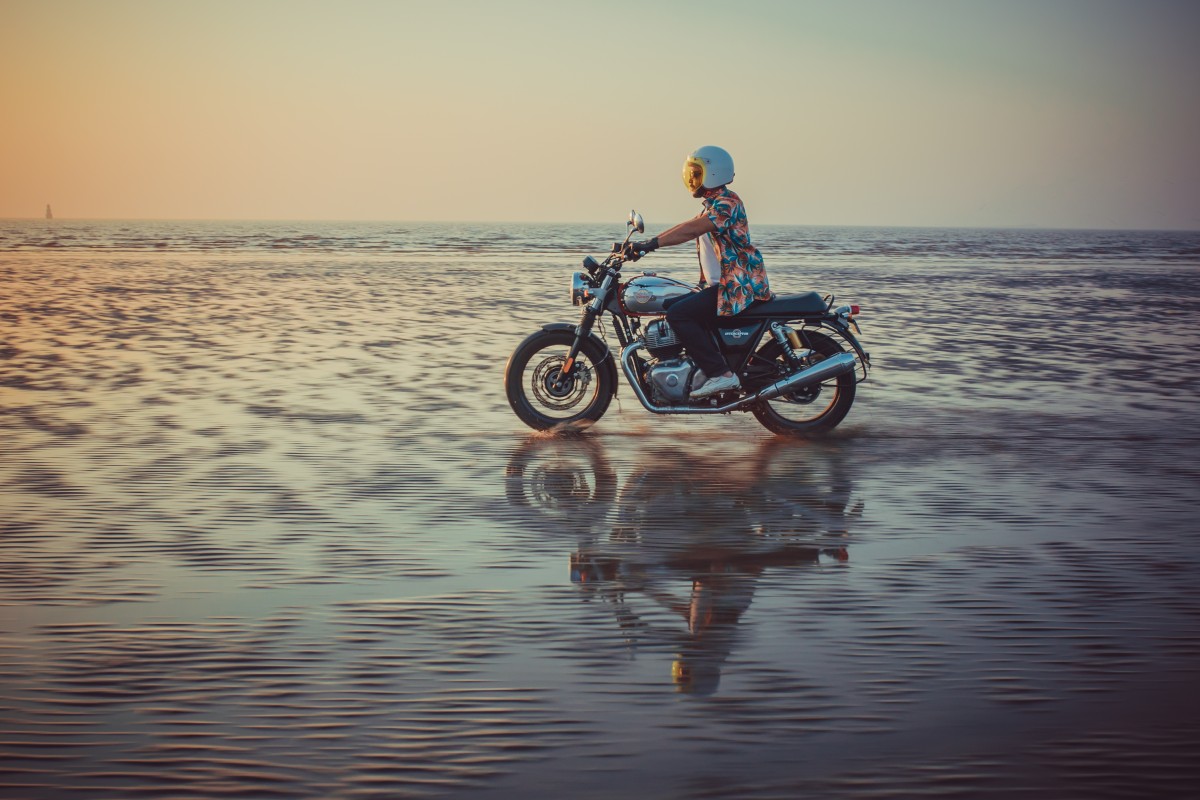