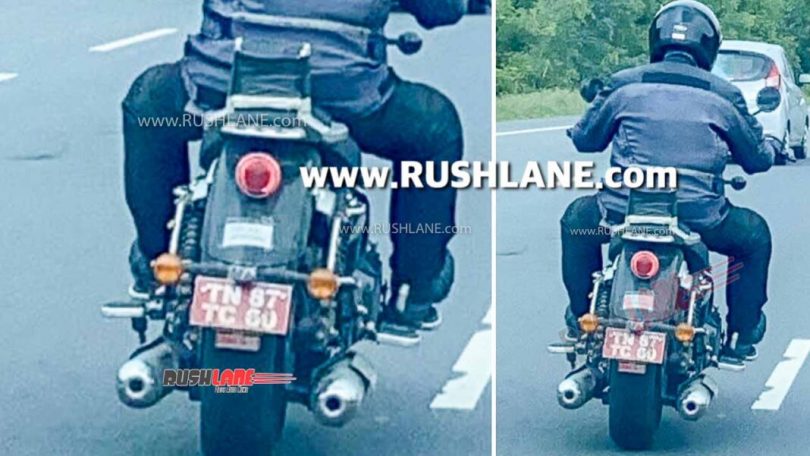 To strengthen its position in the domestic as well as the international market, Royal Enfield plans to launch 28 new motorcycles in the 250cc to 750cc segment in the next 7 years. IN the recent past, the brand had revealed that it already possesses enough production capacity for the next 2 to 3 years but will be several hundred Crores towards expanding operations, development of new capabilities and development of new products and technologies.

Royal Enfield has already started the activity with the launch of the all-new Meteor 350 range based on a brand new engine architecture and chassis and other motorcycles in the portfolio such as the Classic 350 is also expected to follow suit. The brand is also working on the flagship 650 Twins to introduce new iterations to exploit the full potential of the platform, as evident from the recent spy shots.

The 650 Twins are likely to come with a roadster and cruiser iterations. Though the brand is expected to use the same engine in a different state of tune and modify the chassis to better suit the dynamics, new soy pictures suggest that the new motorcycles are also expected to be better equipped and will not be just another nip and tuck job.

The Royal Enfield Cruiser 650 is expected to draw inspiration from the KX Concept and feature a relaxed foot-forward riding position and has been recently spotted equipped with a classic peashooter style exhaust pipe. The upswept exhaust system from Interceptor 650 and the Continental GT 650 will be replaced for an authentic cruiser look.

Recent spy shots of the motorcycle also reveal that the Cruiser will come with a pillion backrest which is likely to be offered as an optional extra. The Roadster, however, is expected to come with a mid-set foot position and shorter front and rear fenders. But both the models are expected to come with the same BS6 compliant air-oil-cooled 648cc parallel-twin motor with electronic fuel injection that pumps out 47 BHP of power and 52 Nm of torque matched to a 6-speed transmission.

The Cruiser is expected to come with taller gearing which is likely to be more apt for long highway tours while the Roadster is likely to come with close-ratio gears for urban blasts. The brand is also likely to use the CEAT Zoom CRUZ tyres as OEM in place of the Pirelli Phantom Sportcomp.