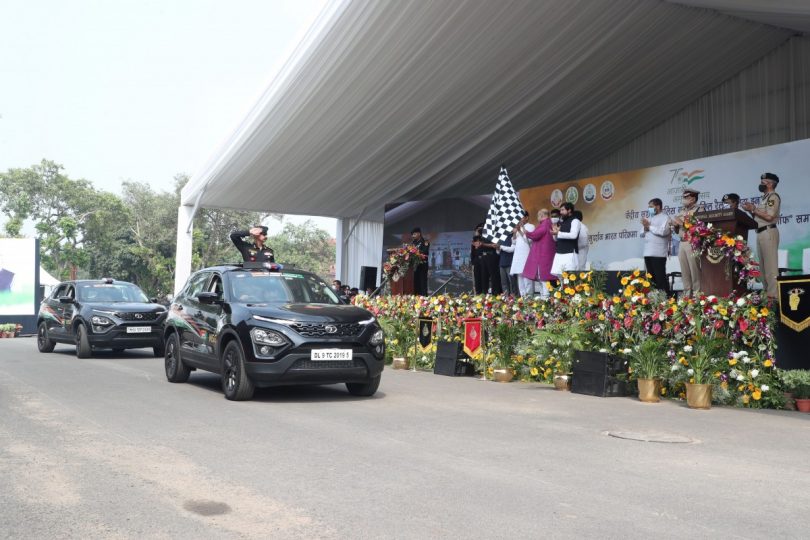 ‘Gandhi Jayanti’ saw 47 National Security Guard (NSG) commandos celebrate ‘Azadi ka Amrit Mahotsav’ that memorializes the 75th anniversary of India’s independence. To cover the length and breadth of India, the elite group began the ‘Sudarshan Bharat Parikrama’. The NSG’s picked the #Dark edition, Tata Harrier, for the expedition. They chose the vehicles due to their resonance with their edgy personas as black cat commandos. Being part of the NSG’s counter-terror force allows the commandos to be brave, highly motivated and specially trained to win in tricky situations.

The Minister of Home Affairs, Government of India, Hon’ble Shri Amit Shah, will flag off the historic rally. The NSG commandos will travel 7,500 km in less than a month via 18 cities using 15 Tata #Dark edition Harriers. The ‘Sudarshan Bharat Parikrama’ will begin at the Red Fort in New Delhi. The drive will cover India’s significant war memorials and monuments. Honouring the dedication and perseverance of the nation’s protectors, the rally will cover the following cities. These cities include Agra, Lucknow, Varanasi, Bodh Gaya, Jamshedpur, Kolkata, Bhubaneshwar, Berhampur, Vizag, Vijayawada, Hyderabad, Ongole, Chennai, Bengaluru, Hubli, Mumbai, Ahmedabad and Jaipur. Customers of the #Dark edition Harrier will also join the rally to cheer and salute the NSG.

Harrier #Dark Edition: What is it?

The traditional Humanity line found on all JLR products also gets a gunmetal grey treatment. The black finish found on the grey stitched leatherette seats is also found on the door handles. Other than these changes, there are no mechanical updates done to the Dark Edition Tata Harrier. Powering the Harrier is a 2.0-litre diesel engine producing 170 Ps of power and 350 Nm of torque. The engine comes with a 6-speed automatic and a 6-speed manual gearbox. The Harrier also sports a 5-star Global NCAP crash safety rating. 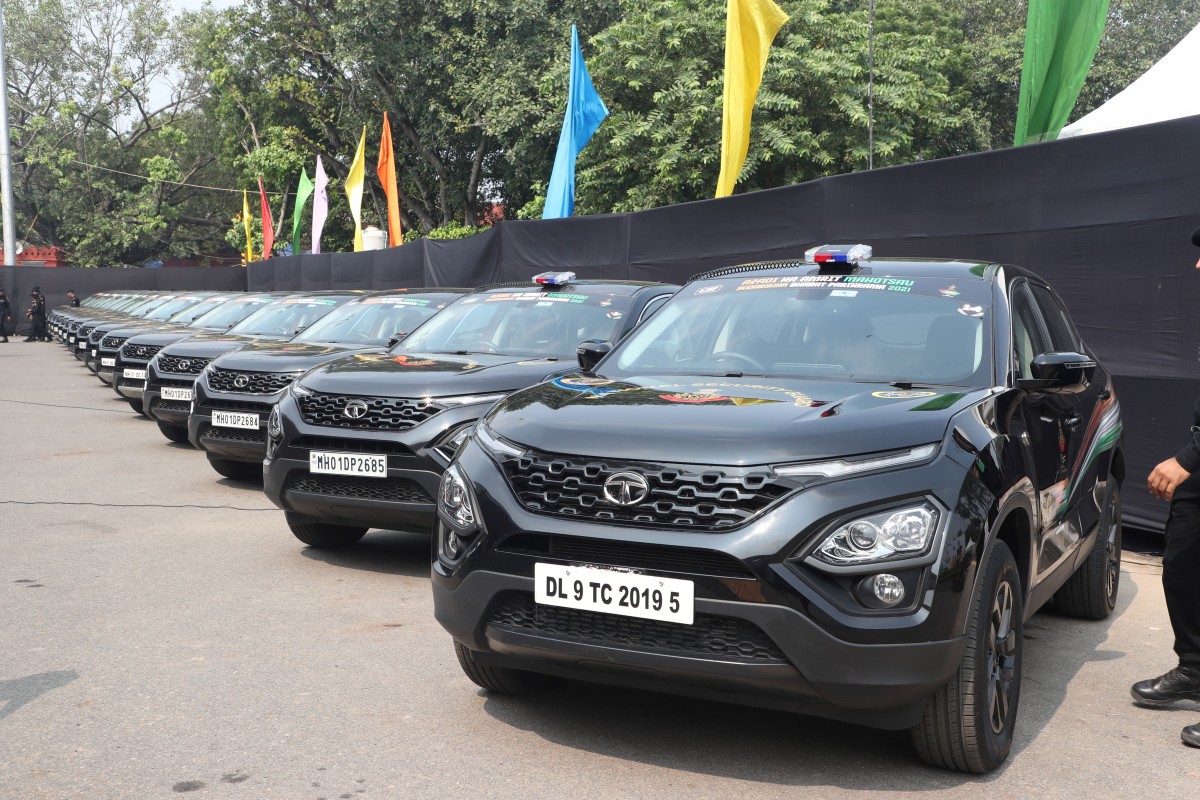