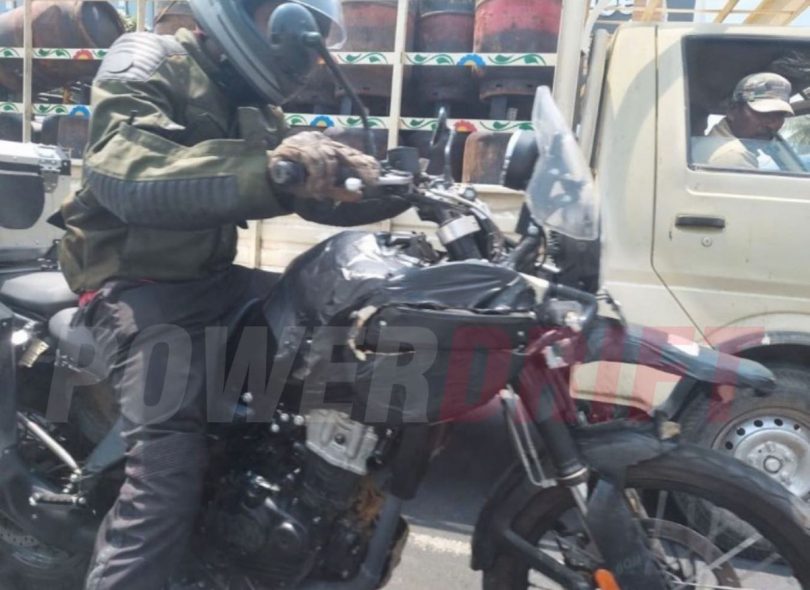 Royal Enfield could be planning to upgrade the Himalayan with a powerful new engine and suspension. The brand is likely to stick to the same design language; however, styling is likely to be tweaked. In the recent past, a rendered image of the new Himalayan emerged on the internet, revealing an enduro-style motorcycle dubbed as the Himalayan 450. Rumours suggested that the new Himalayan 450 will come with an all-new chassis, engine and body design.

When the first rendered image was leaked on the internet, it was believed to just be an artist’s impression. However, now the first spy shots of the Himalayan 450 have emerged, leading us to believe that the motorcycle is indeed taking shape and is likely to go into production soon. While the image of the prototype motorcycle is completely camouflaged, it does reveal some key features. For starters, the engine appears all-new and liquid-cooled. The front suspension is of the upside-down type, and the rear retains the monoshock suspension. The brand also appears to have relocated the instruments cluster to a much higher position on the dashboard. However, this could just be for testing purposes.

The Royal Enfield Himalayan 450 could come with an enduro-inspired design language. The bike in flesh is likely to appear similar to the Dakar motorcycles of the early ages. Spyshots and rendered images reveal a high-mount front fender slightly longer than the current Himalayan, rounded headlamp unit, a tall windscreen, muscular fuel tank, split seats, raised rear fender, and wide handlebars. Details include rounded mirrors, side stays and a robust bash plate.

The Himalayan 450 could come with a single-cylinder 450cc liquid-cooled engine that is likely to produce around 40 Hp of power. The fuel-injected engine is likely to be matched to a 6-speed gearbox. The 6-speed unit is likely to enhance the Himalayan’s long-distance riding capabilities. The motorcycle could ride on upside-down front forks and spoked 21-inch front and 17-inch rear rims.

Royal Enfield could be planning to debut the new Himalayan 450 in 2023. More details of the motorcycle are expected in the near future. 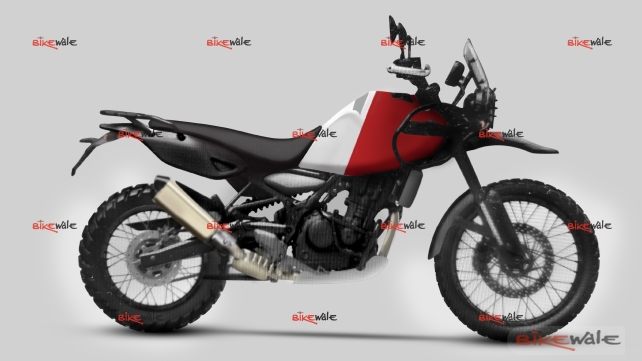