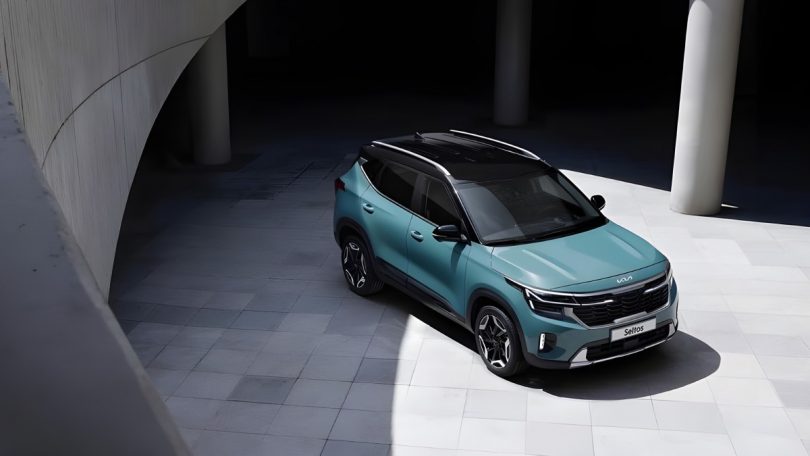 At the beginning of 2022, we saw that Kia was testing a facelift version of the Seltos in India. Details were unknown about the facelift model until now. Kia has unveiled the 2023 Seltos facelift in the international market. The Seltos has been in the Indian market for close to 3 years without a major update. Hence, the update will make it to the Indian market sooner than later.

Kia has not revealed further details about the new facelift model. However, the model will likely make its debut at the 2022 Busan International Motor Show on 15th July.

The exterior and interior both get many updates with this facelift. On the outside, Kia has tweaked the front grille and bumper. It also features a new LED DRL signature. The rear of the SUV sees bigger changes. Kia has added a full-width light bar at the back, joining the taillights. The taillights themselves have a different, vertical design at the ends. The rear bumper also seems to be taller and includes a bigger skid plate.

The sides of the facelift model remain more or less identical. However, Kia has given the 18-inch alloy wheels a new design. These wheels look more in line with the brand’s current offerings.

On the inside, the biggest difference is the new dual-screen display. One side of the display houses the infotainment screen, while the other is the instrument cluster. As of now, we can not be sure of the size of the display. The Seltos will also ditch a traditional gear shifter in favour of a shift dial. The two interior photos show a dual-tone brown and black interior and an all-black interior. In India, we will mostly get a white/beige theme for the HT Line and all-black interiors with the GT Line.

Also Read: Kia will launch Carens like RV EV in India by 2025 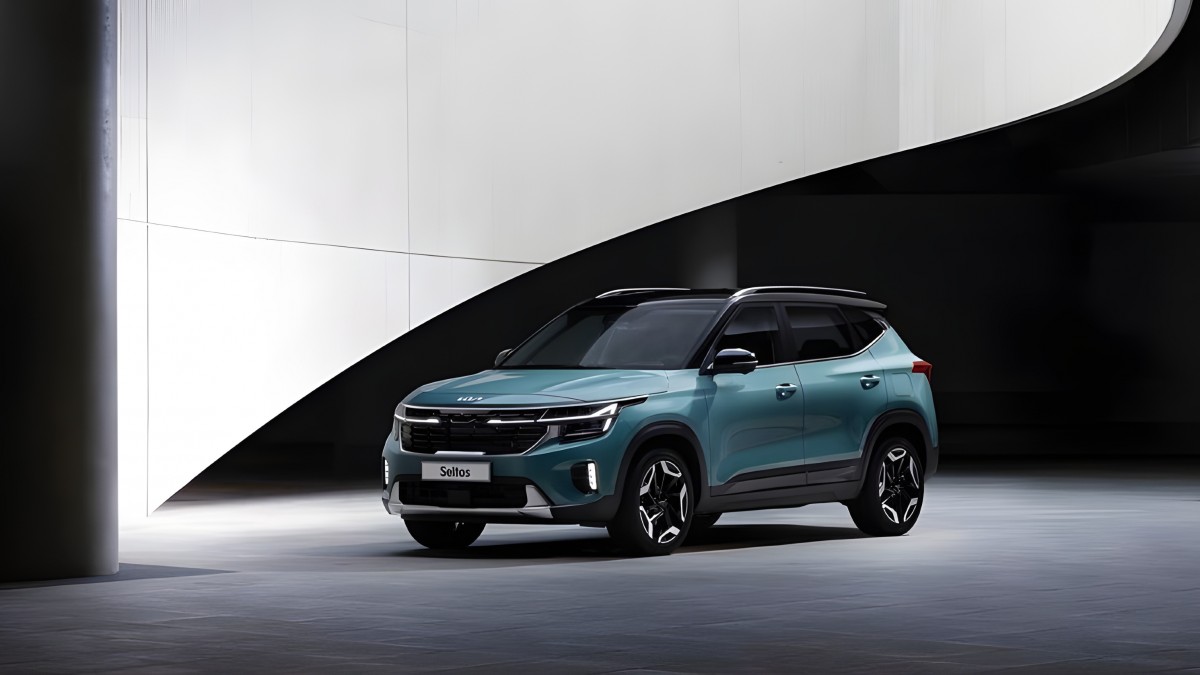 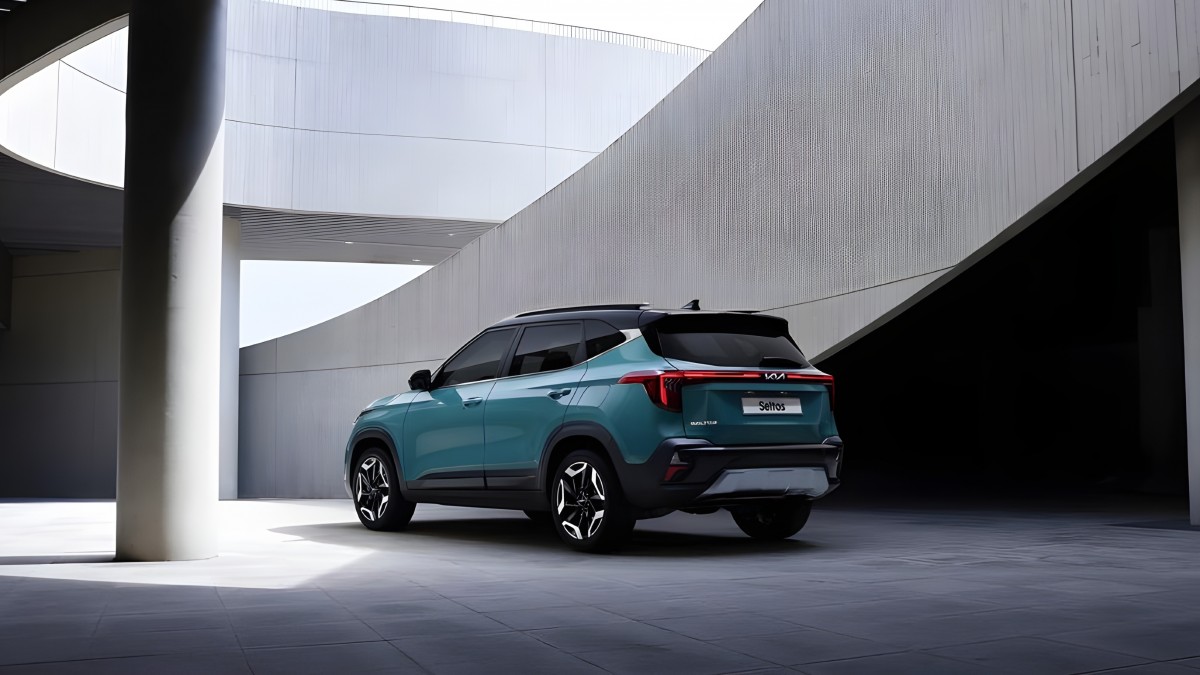 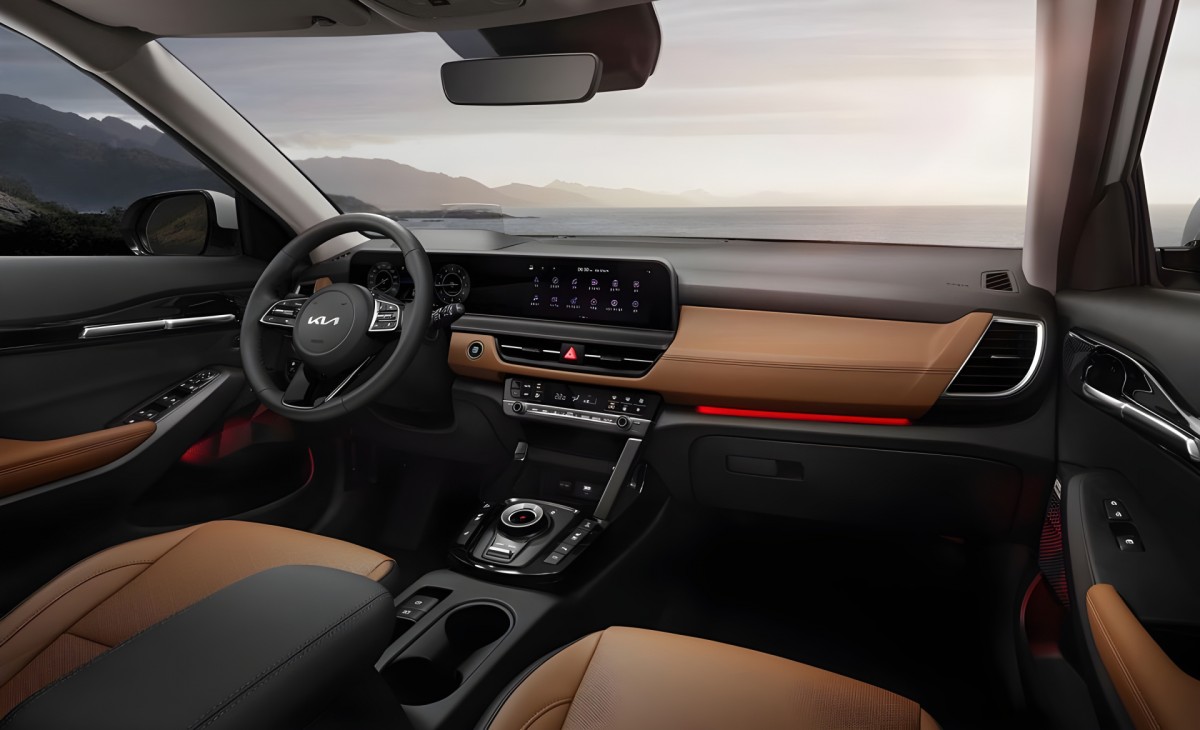 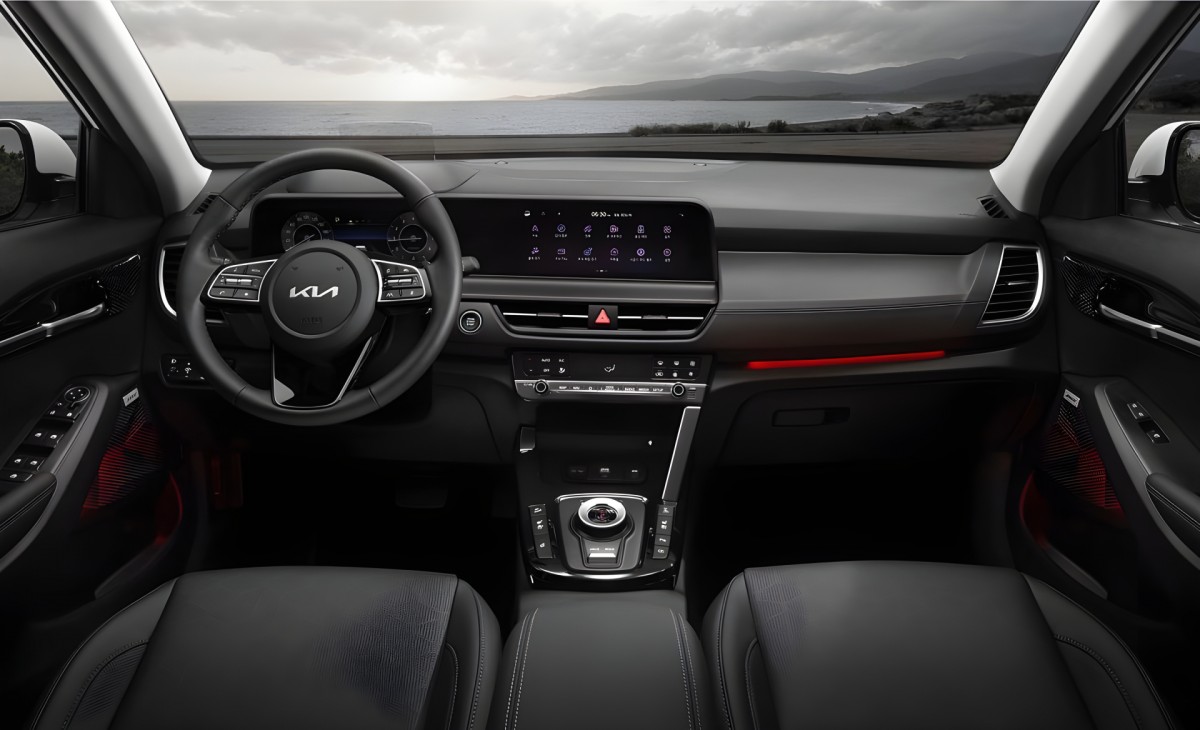