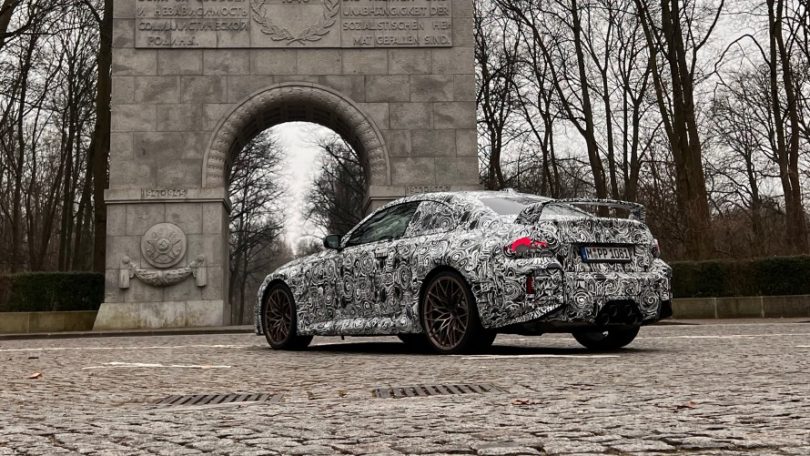 BMW has taken to social media platforms to tease all new-generation of the M2 performance coupe. The M2 is known for its compact size and the performance it offers. The company confirmed that the assembly for the new model would begin at the end of 2022. Production will take place at BMW’s factory in San Luis Potosi, Mexico.

However, we don’t know exactly when BMW will unveil the M2. The company promises to debut a new car at the Goodwood Festival of Speed. The event will start on 23rd June and end on 26th June. Given the teasers, the new M car to debut could be the M2.

The new teasers uploaded on the social media site by BMW show the M2’s tail and profile. The model wears a swirly camouflage to hide the design details. However, the profile photo gives an idea of the car’s proportions. The new M2 has a long nose, prominent side sills and muscular rear fenders. Also visible in the spy shots is the trunk spoiler, likely to be an M Performance part.

The gold alloy wheels of the car also look similar to the current M2 CS. Hence, they could also be an M Performance part. The rear of the car shows a diagonally-stacked, central quad-pipe exhaust system. The quad-pipe exhaust system is similar to the one optional on the BMW M4. From what we can see, the rear bumper will also get a more aggressive design.

Compared to the old M2, the new one will definitely raise the bar in terms of power and performance. Reports say it will use a reworked version of the S58 3.0-litre twin-turbo inline-six engine. In the new M2, the power figure will be around 450 HP. To date, the M2 is only available with an automatic gearbox. However, it is unclear whether BMW will offer a manual option with the new M2. 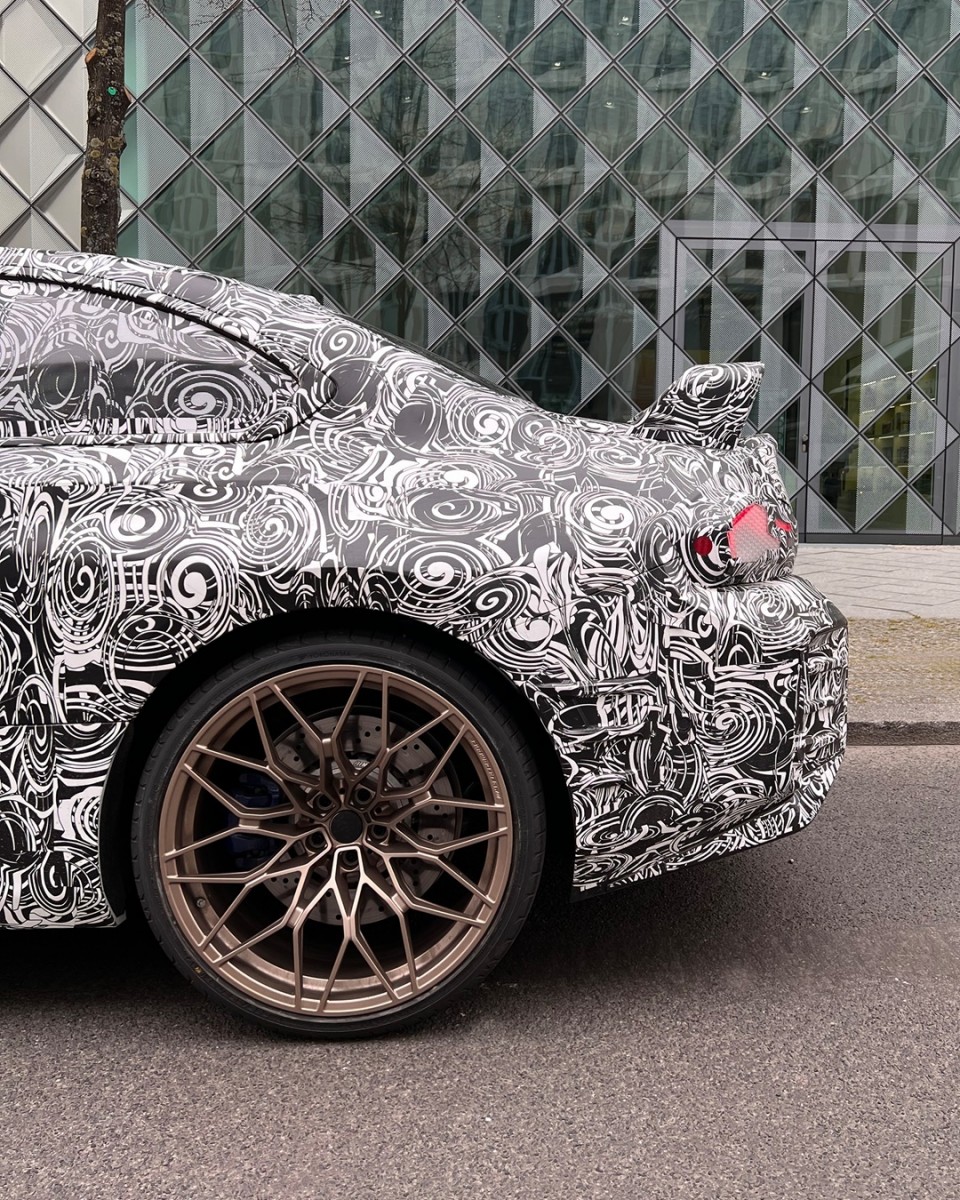 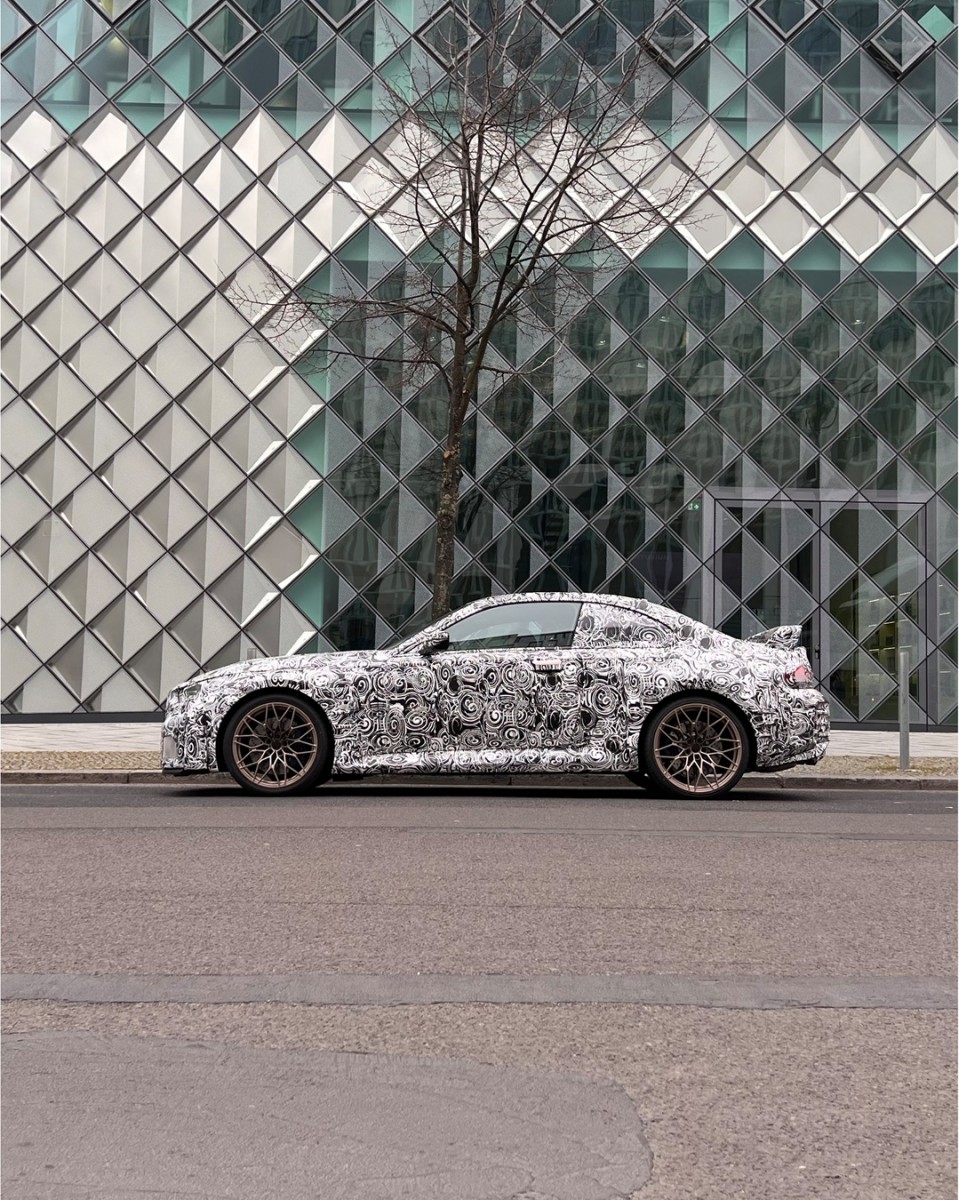