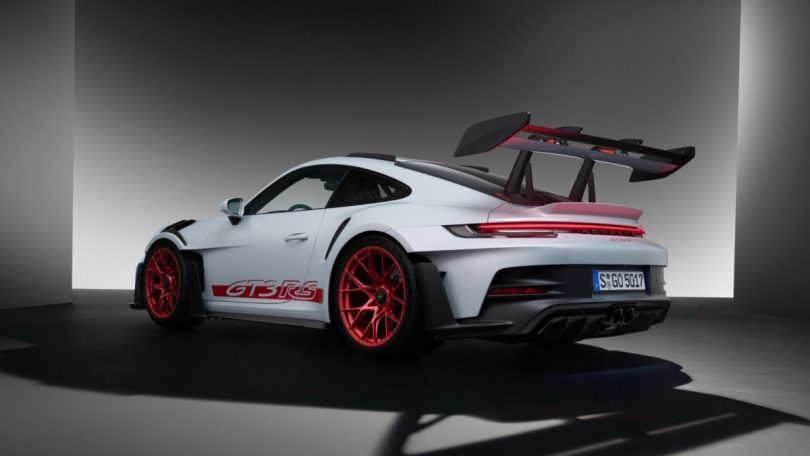 Just a day after its global unveiling, Porsche has launched the most track-focused version of the 911 range, the 2022 911 GT3 RS, in India at INR 3.25 crore (ex-showroom, India). When Porsche introduced the 992-generation 911 GT3, many wondered what Porsche could improve in the RS version. We no longer have to wonder.

The 2022 911 GT3 RS is all about improved track performance. The new 911 GT3 RS gets more power and, more importantly, major updates to the aerodynamics. This also includes the largest-ever rear wing fitted to a production-911. Another highlight is the DRS, or drag reduction system, which is a first for a production Porsche.

The new 911 GT3 RS continues to use the same high-revving naturally-aspirated 4.0-litre flat-six cylinder engine as the 911 GT3. However, power is up from the GT3’s 510 PS to 525 PS. This is largely down to the use of newer camshafts and modified cam profiles. Unlike the base 911 GT3, the RS does not get an option of a 6-speed manual transmission. Thus, the only available transmission is the 7-speed PDK. Porsche has also shortened the overall gear ratio when compared to the 911 GT3. There are also new air intakes on the underbody, which Porsche says helps the transmission withstand extreme loads during frequent track use.

The new aero-kit and shorter ratios also mean that top speed has gone down from 319 kmph to 296 kmph. However, the additional power and shorter ratios mean the 911 GT3 RS is faster off the line. Porsche claims a 0 to 97 kmph time of 3 seconds flat, which is 0.2 seconds faster than the regular 911 GT3.

Unlike the three-radiator layout on the previous cars, the 2022 911 GT3 RS uses a large, angled centre radiator which is housed in the nose of the car. Thus, it no longer gets a front boot. The first time Porsche used this was on the Le Mans winning 911 RSR and then the 911 GT3 R. The central location of the radiator frees up space on the side and now integrates active aerodynamic elements.

The GT3 RS also gets the largest-ever rear wing on a road-going Porsche 911. The ‘swan neck’ wing measures about six feet in terms of width and is also taller than the roof of the car. The rear wing consists of a fixed main wing and a hydraulically adjustable wing element above it. Other changes include a front splitter instead of a spoiler, sideblades, front wheel arch ventilation, roof fins, and a slightly redesigned rear diffuser.

First for a production Porsche, the 2022 911 GT3 RS features a DRS system. The system allows achieving a low drag and higher speeds on straight sections of a racetrack. It does so by flattening the wings at the push of a button. However, this is in a specific operating range. In addition, it also gets an airbrake function that activates during emergency braking from high speeds. During this, the front and rear wing elements are set to create maximum downforce. Thus, creating an aerodynamic deceleration effect that supports the car’s brakes.

The 2022 911 GT3 RS gets 20-inch front and 21-inch rear wheels with a centre-locking mechanism. As for the tyres, Porsche is using top-level track day tyres from Michelin. They are also wider than before. Compared to the 911 GT3’s 255-section front, the GT3 RS uses a 275-section one. At the same time, the rear tyre size has gone up from 315-section to 335-section.

As standard, the 911 GT3 RS gets 408mm discs at the front with 6-piston aluminium monobloc fixed-callipers. For the GT3 RS, Porsche has increased the piston diameters from 30mm to 32mm. Furthermore, the discs are also thicker, going from 34mm to 36mm. The rear continues to use 380mm discs with 4-piston fixed-calliper brakes.

The Porsche Ceramic Composite Brake (PCCB) are also optionally available. The PCCB gets 410mm discs at the front and 390mm discs at the rear. Despite the bigger brakes, more aero and wider tyres, Porsche has managed to keep the weight gain to a minimum. The 2022 911 GT3 RS weighs 1,450 kg, making it 20 kg heavier than its predecessor and 15 kg than the current 911 GT3. 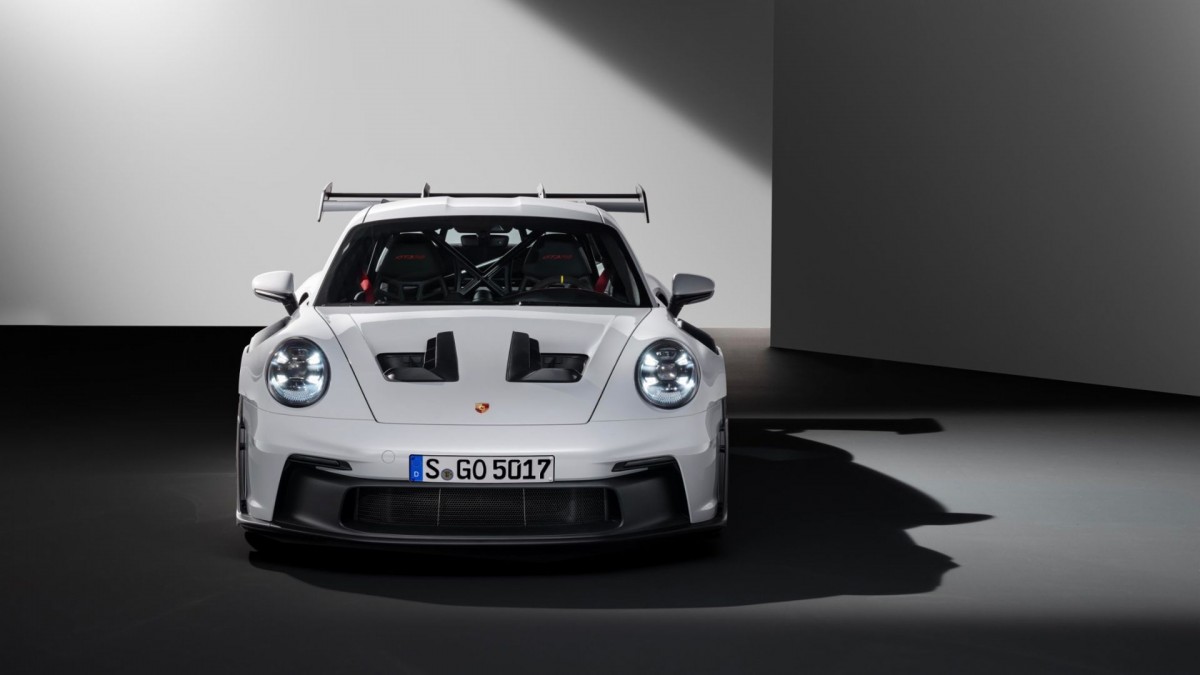 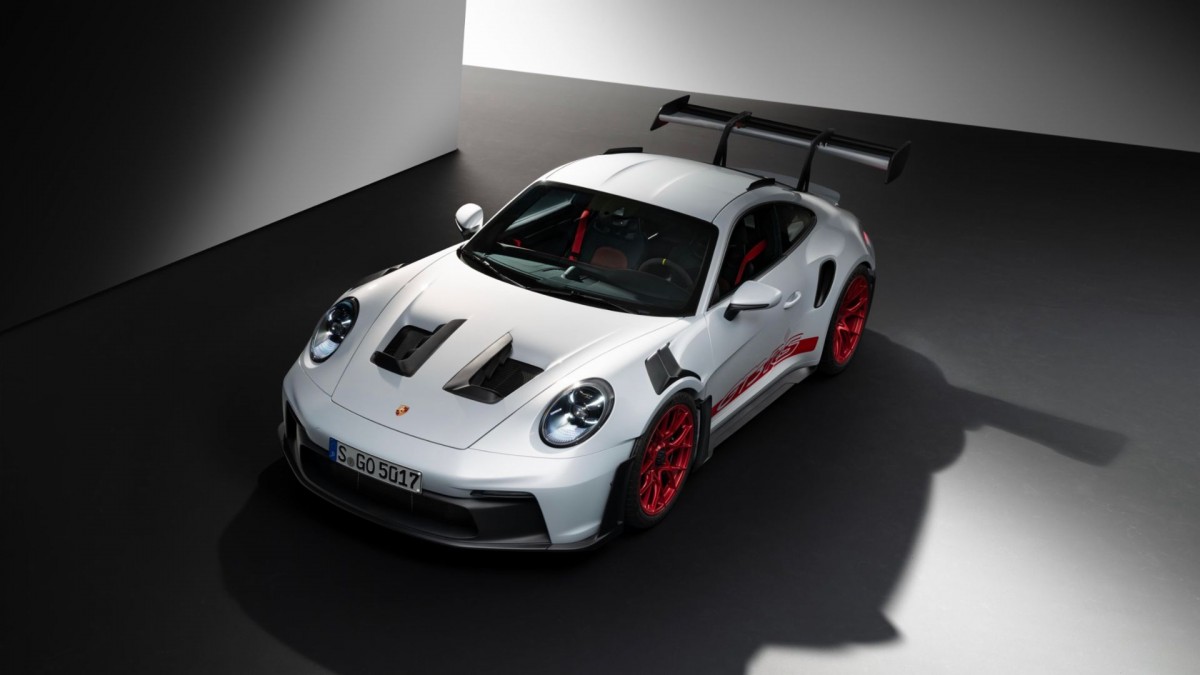 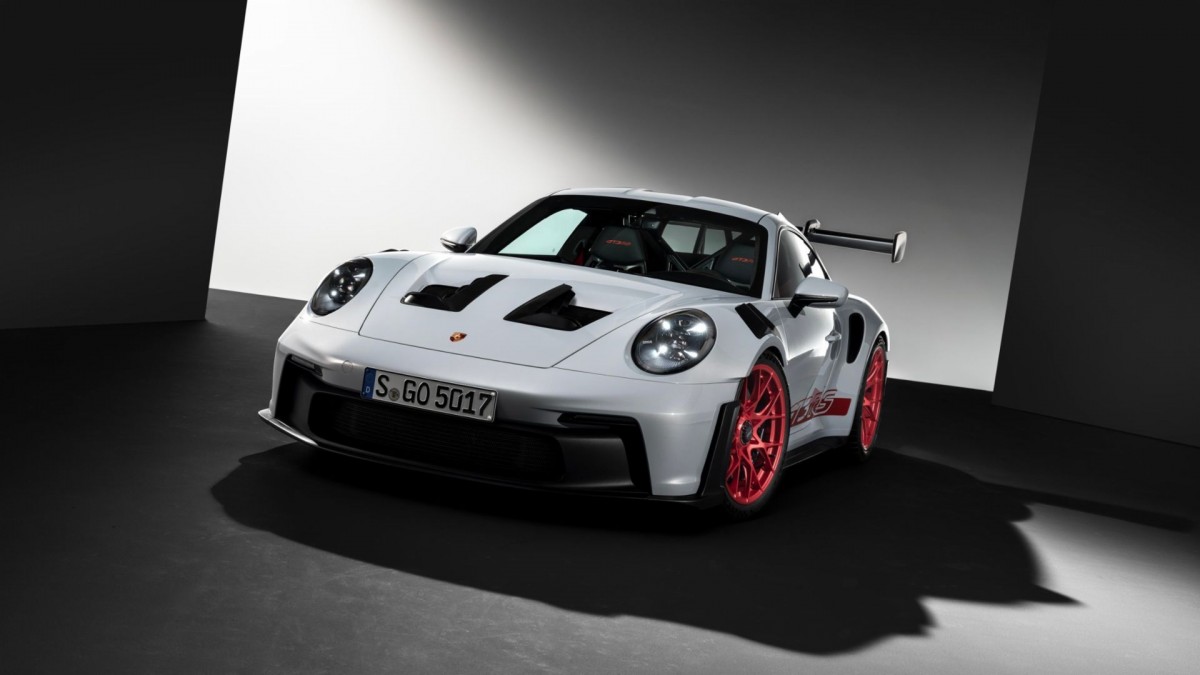 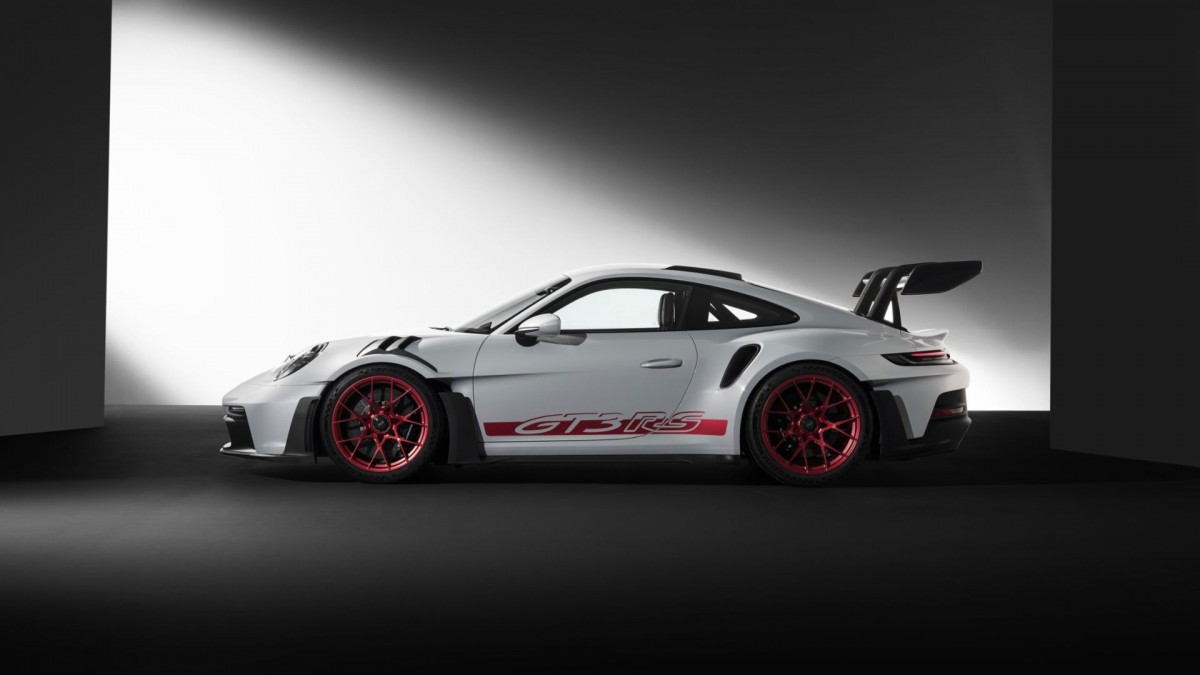 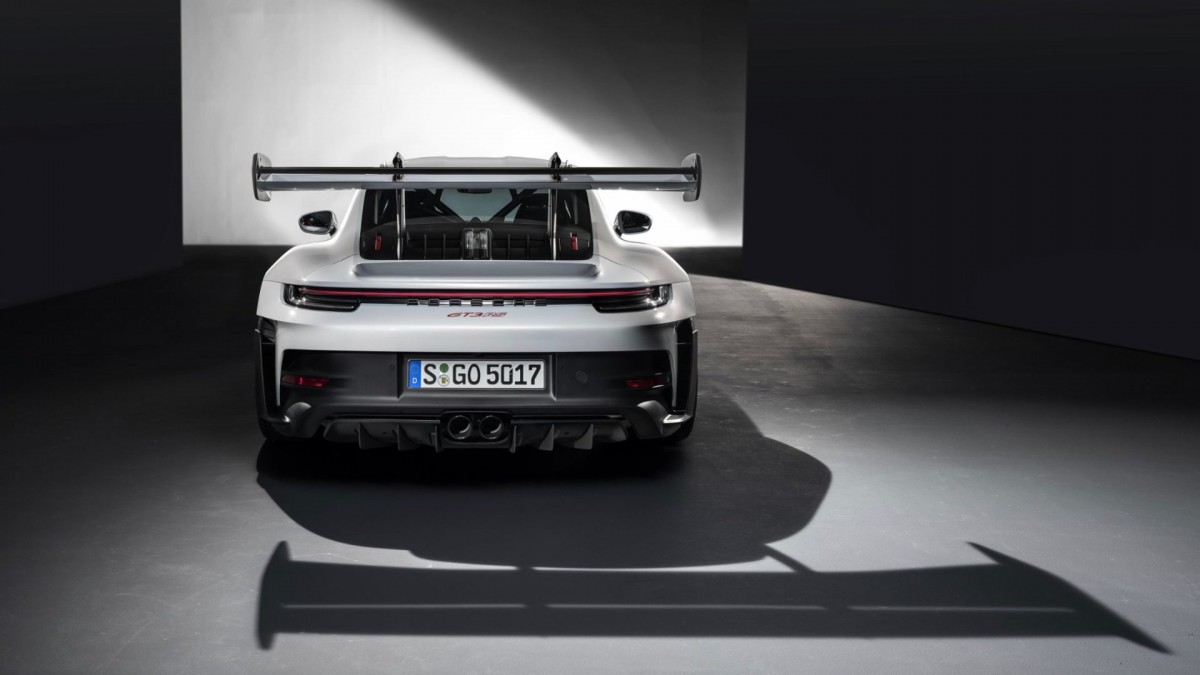 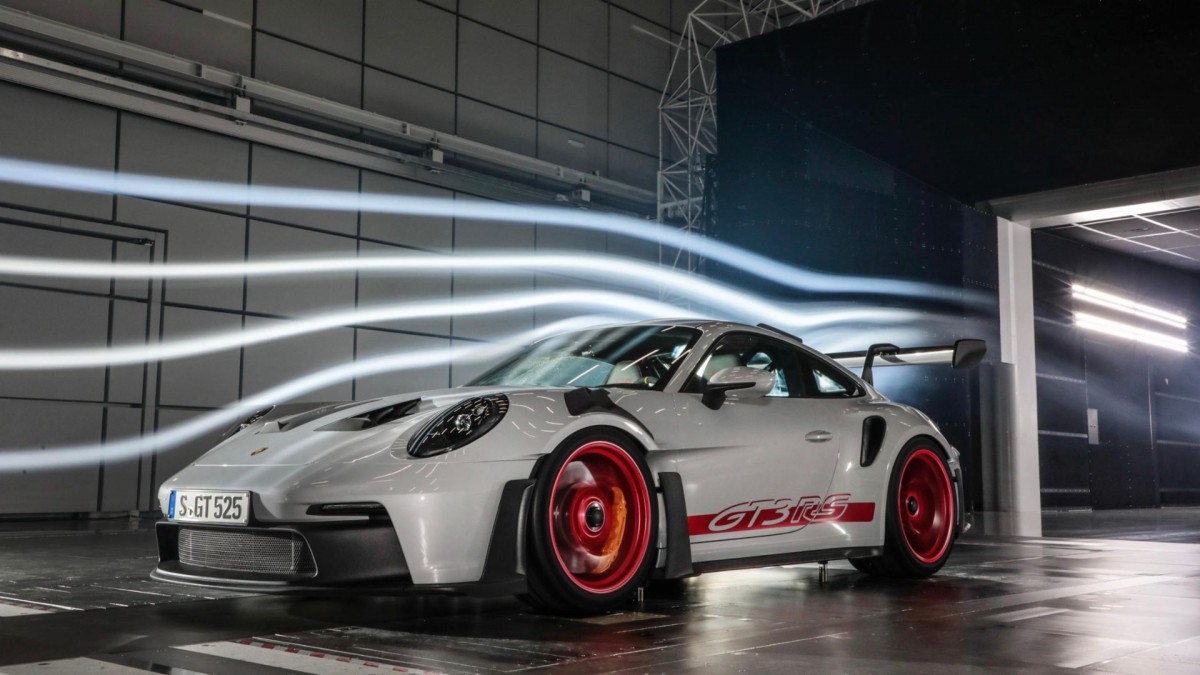 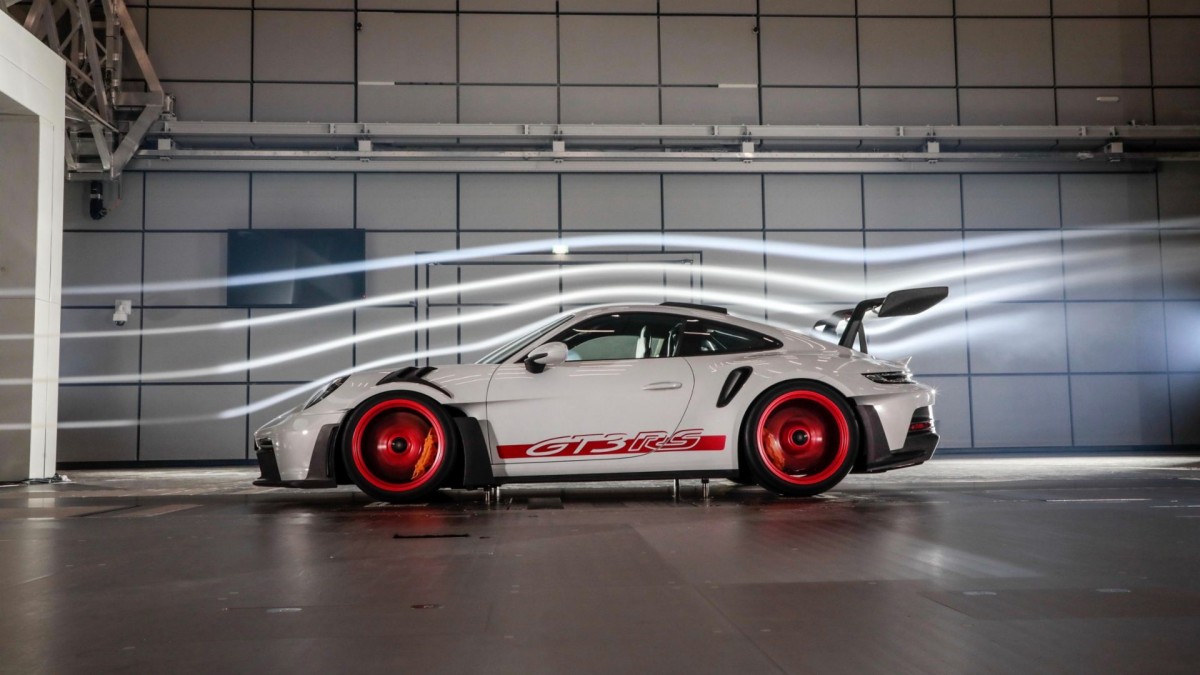 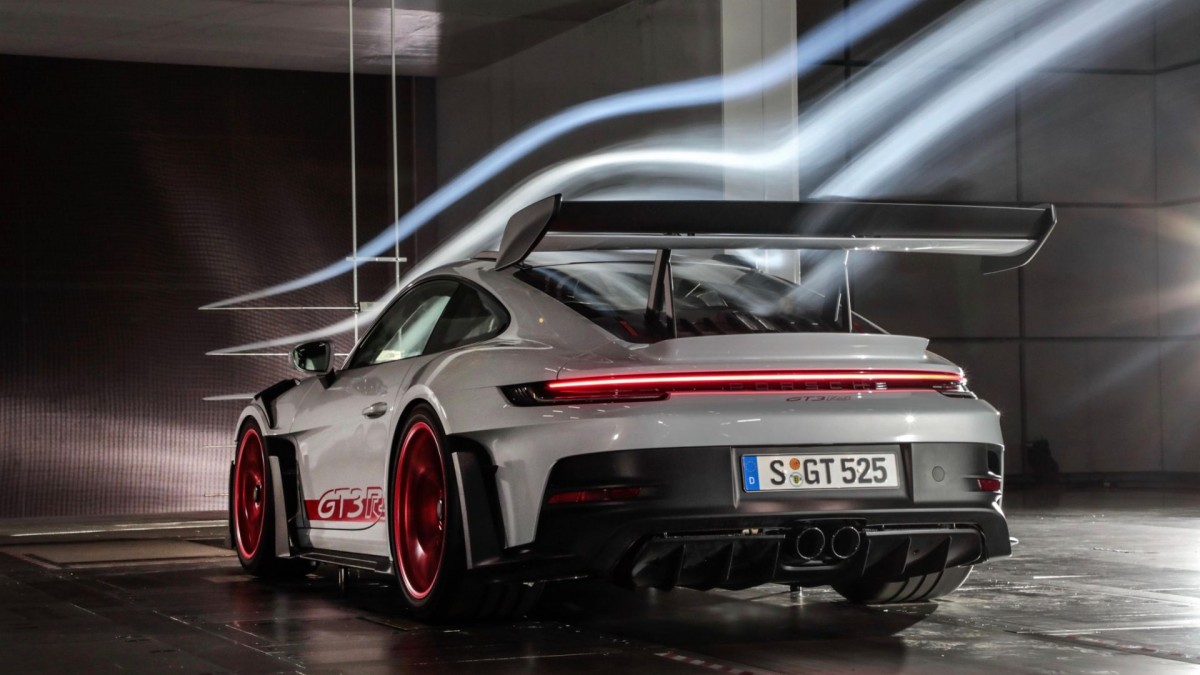 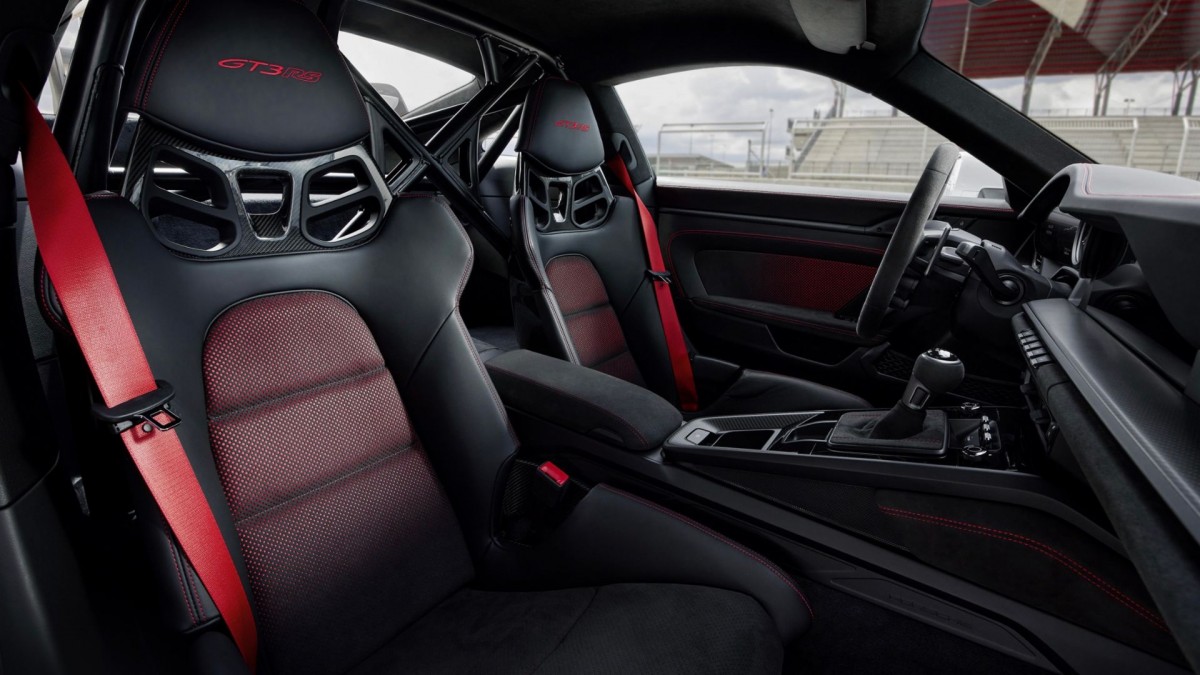