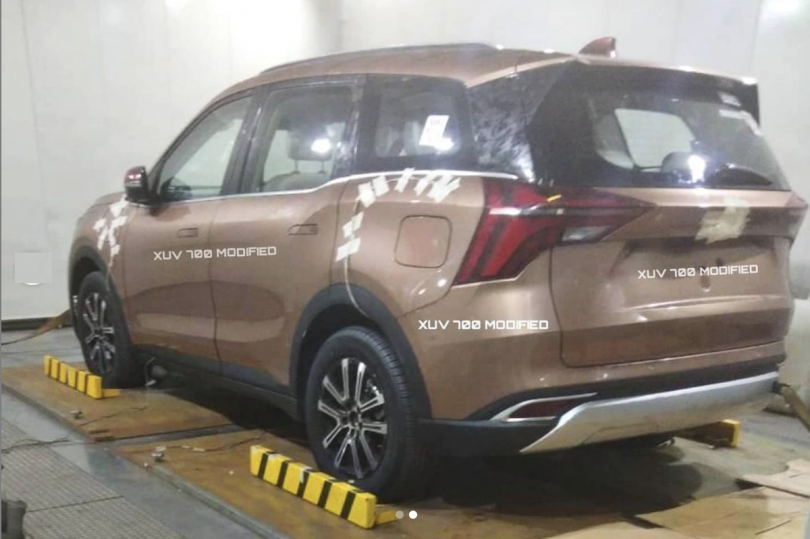 Mahindra is gearing up to launch the much-awaited XUV700 in the Indian market. The brand has been testing the SUV in India for quite some time. Needless to say, the prying eyes of the paparazzi have caught the car on multiple occasions revealing many details. But every time the XUV700 was photographed, the car was under camouflage wraps. Mahindra is also currently running a teaser campaign, talking about the car’s features. But for the first time, the Mahindra XUV700 is seen sans camouflage.

New spy shots of a production-ready XUV700 broke cover today through social media channels. The images reveal the complete exteriors of the SUV as well as minute details such as the headlamps, taillamps, bumper appliques and alloy wheels. The XUV700 will come with a new-generation Mahindra grille that features prominent vertical slats and a black-out bezel. The Mahindra logo on the grille and the tailgate is still under wraps. We suspect the XUV700 will carry the new Mahindra logo, which we reported recently.

The headlamp cluster features a C-shaped daytime running light and three-dimensional inserts. The brand has also officially announced that the XUV700 will get Auto Booster Headlamp technology. The new tech automatically turns on an extra set of lamps integrated into the main headlamp module over the speed of 80 kmph. The SUV also features LED combination lamps on the rear. The tail lamps come with a wraparound effect and are wide at the corners and taper towards the tailgate.

The SUV comes with butch but contemporary design language. The front features an upright fascia with a wide air dam and a silver skid plate. The bonnet comes with generous bulge lines and flared wheel arches with a plastic cladding that reiterates its SUV status. The window line tapers towards the rear end to match with the flared haunch.

The roofline is also progressive, and the car comes with black-out pillars giving it a floating effect. Up top, the XUV700 features a shark-fin antenna and a tailgate integrated spoiler. The rear bumper also incorporates a silver skid plate, reverberating with the front. The rear left-hand side quarter panel features the fuel filler door, but spy shots also reveal a round door similar in size on the front left quarter panel. While it is difficult to hypothesize what lies under the front fender door, we suspect it is quick access to fill in DEF (Diesel Exhaust Fluid). 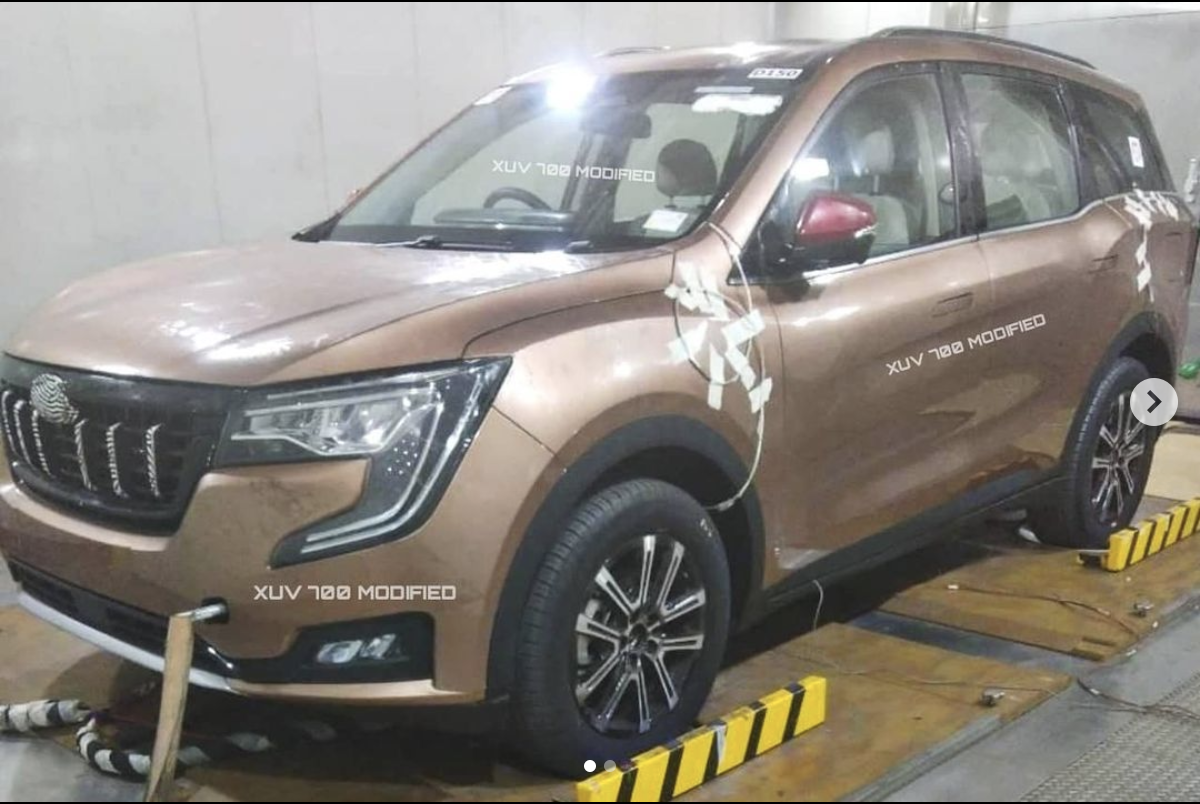