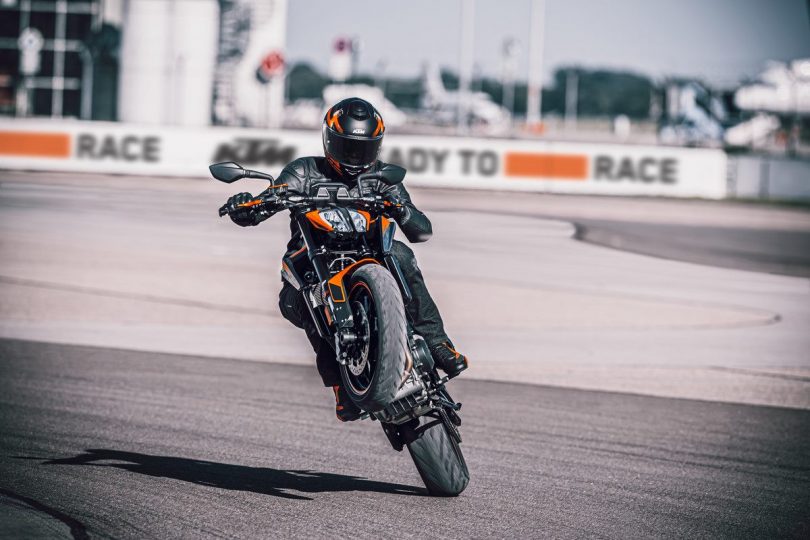 KTM has revealed the ‘2021 KTM 890 Duke’ which is based on the 790 Duke but with the LC8c powertrain from the 890 Duke R, creating a new base model of the 890 Duke R, dubbed 890 Duke. Complicated? In simple terms, the 790 Duke has been upgraded with more firepower and now it is called the 890 Duke. Apart from the new larger-displacement engine that guarantees to put a large grin on the rider’s face, the KTM 890 Duke features a lot of added equipment and upgraded tech.

The KTM 890 Duke is now offered with a Euro5 compliant powertrain has been upgraded from 789cc to 889cc and features a new sophisticated mapping logic that helps churn out 115 Hp of power and 92 Nm of torque which is 10 Hp and 5 Nm more than the predecessor (KTM 790 Duke). The engine also features a larger rotating mass on the crankshaft which has been increased by around 20% and ensures cornering stability and a smoother engine action at lower revolutions.

The 2021 KTM 890 Duke is also equipped with a tubular CroMo steel frame with the LC8c engine used as a stressed member along with a cast aluminium subframe, giving the naked streetfighter the stiffness and pinpoint dynamics of a supersport. The design also helps the Duke keep the weight low to just 169 kg (dry). The frame and engine ride on 43mm open cartridge upside-down WP APEX Suspension and a gas-assisted rear shock. 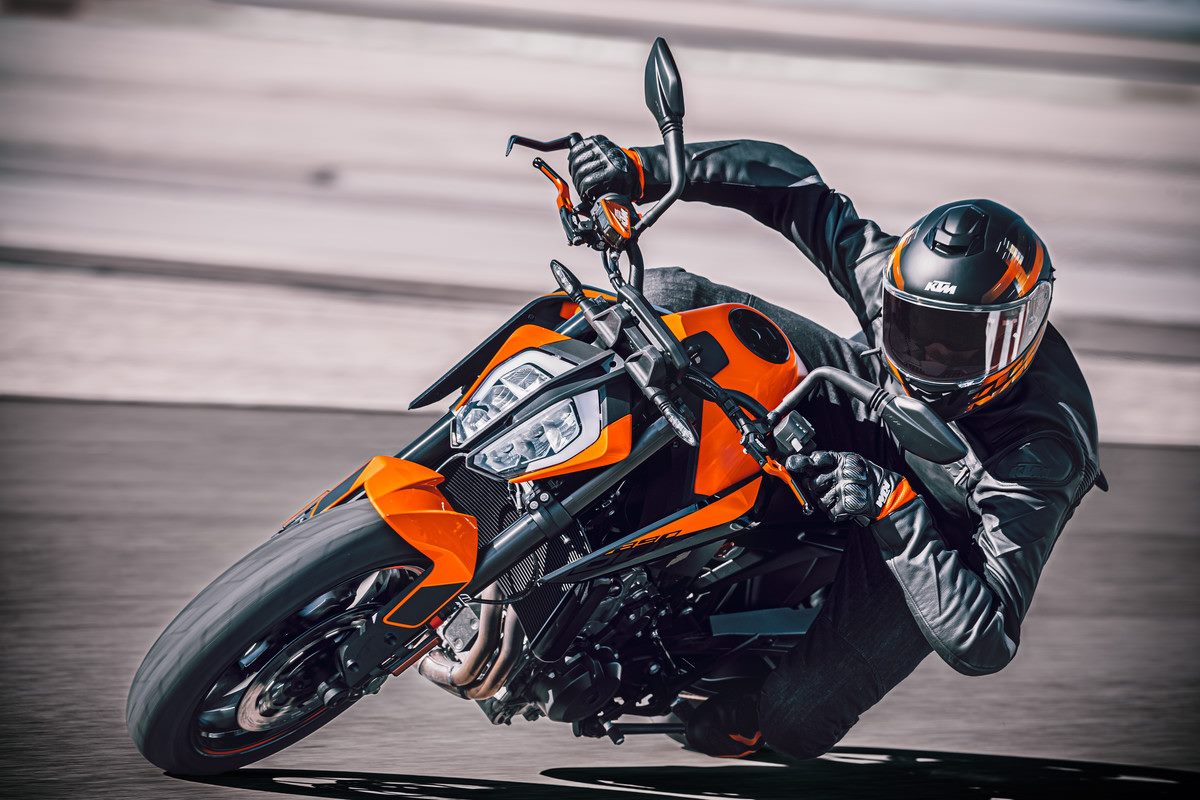 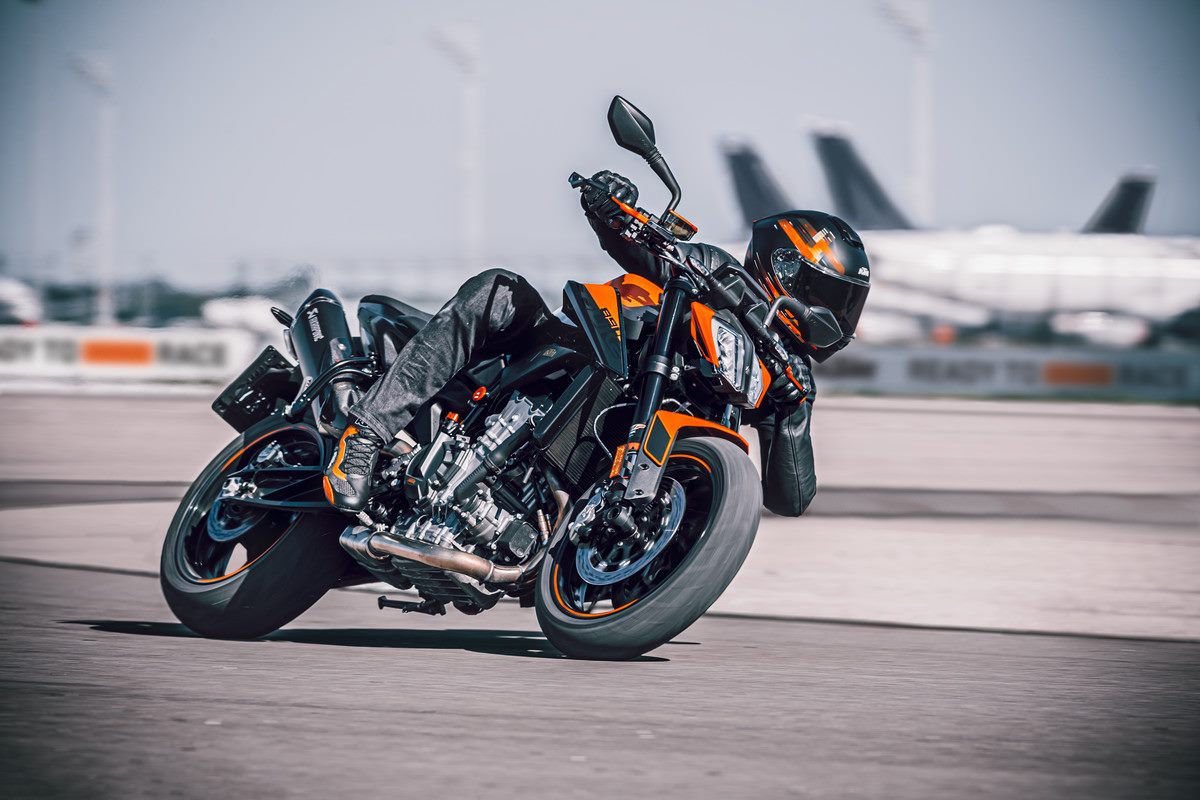 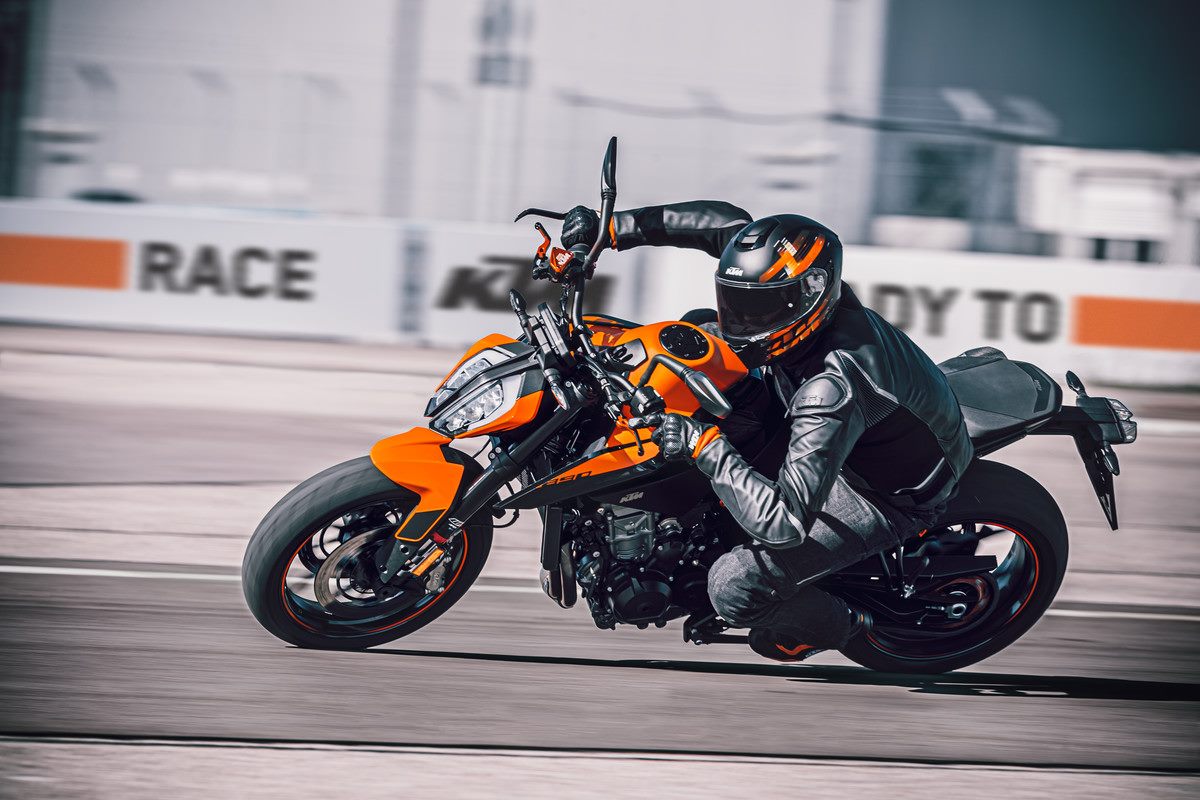 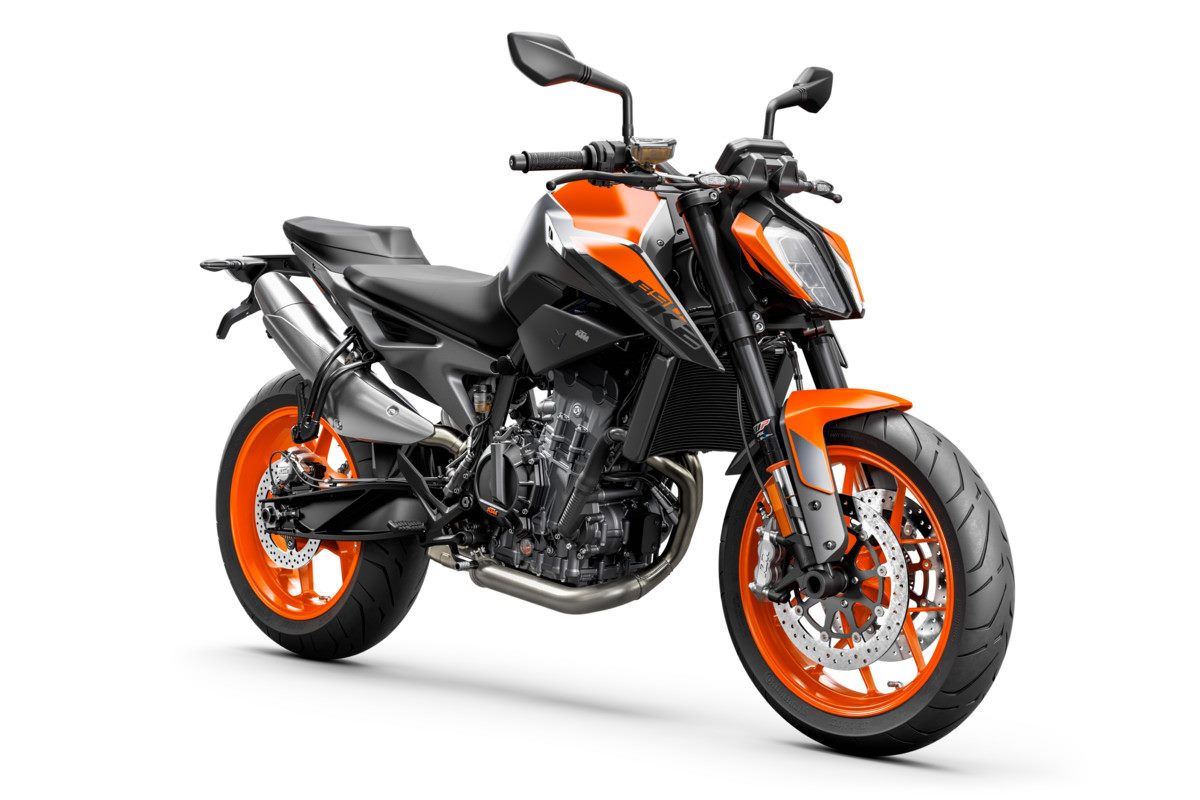 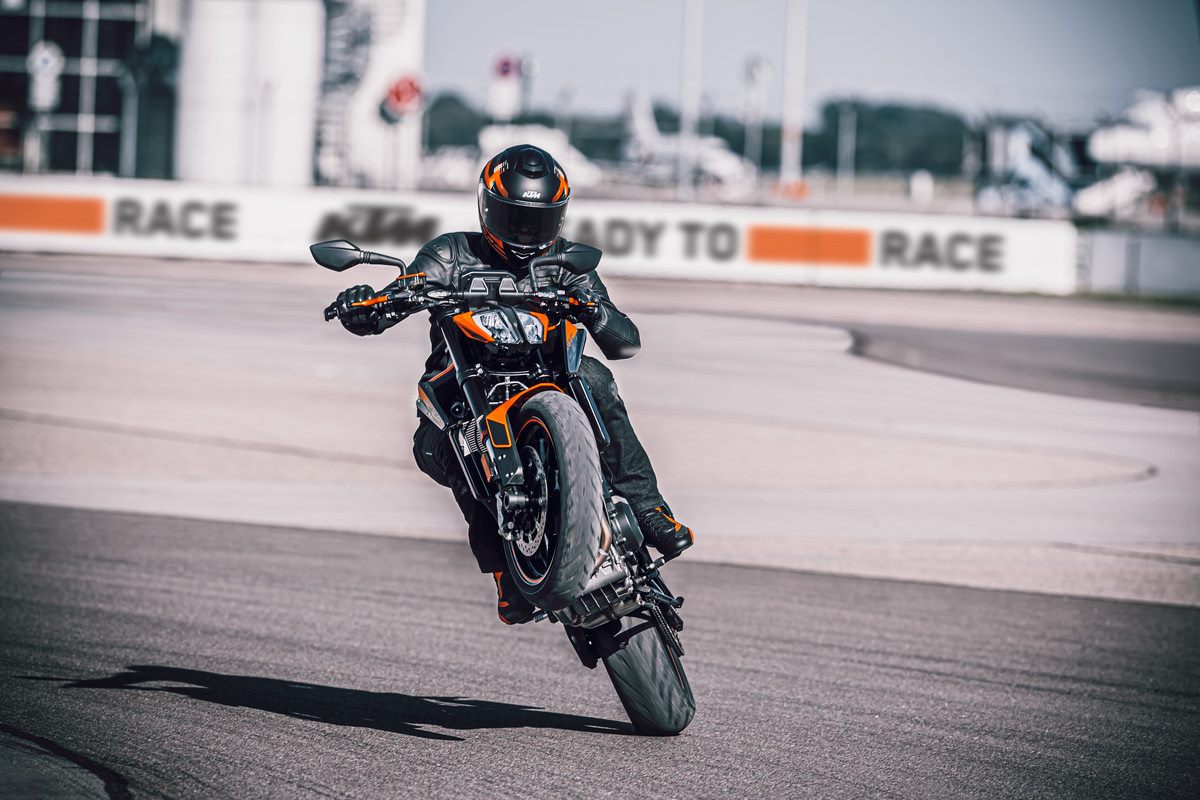 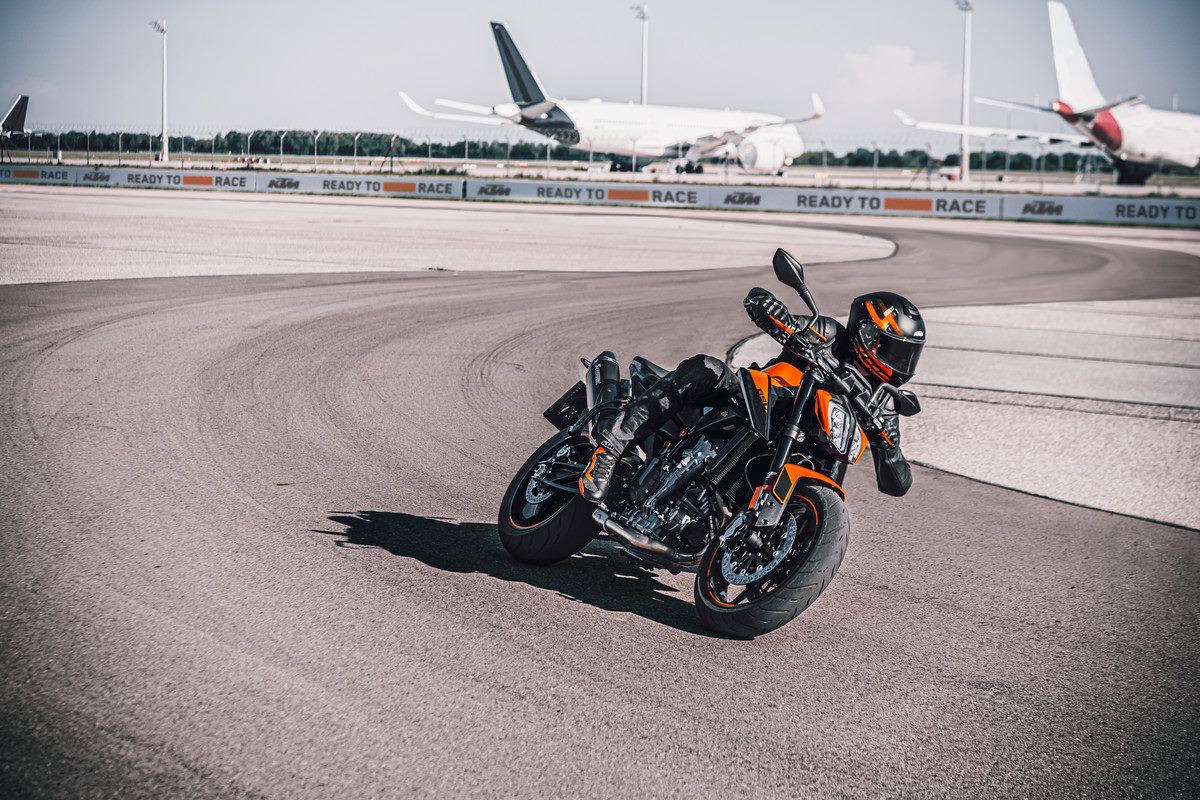