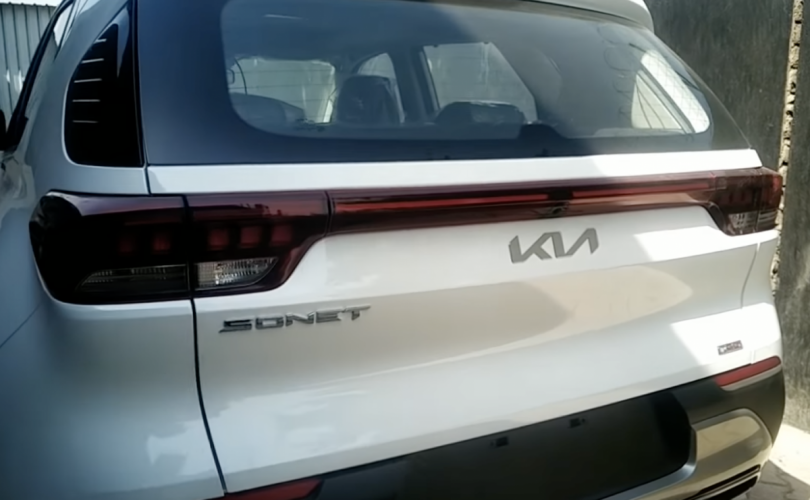 Kia is updating the Sonet compact SUV in the Indian market. The Sonet will now come with the new ‘KIA’ logo featuring the MovementThatInspires theme. The brand has also updated the 7DCT model with a new steering-mounted paddle shift system. This makes the new Sonet sportier than before. Images of the new Kia Sonet have been leaked on the internet before its launch. The updated model will make its debut very soon in India.

The Kia Sonet in the new avatar features the new KIA logo that will come on all future Kia vehicles. In India, Kia will be updating the Sonet, the Seltos and the Carnival in the near future. According to Kia, the new logo is a handwritten gesture and symbolises the company’s commitment towards realising inspiration for future products. The new logo features a rhythmic as well as symmetric design with upward strokes that denote the rising spirit of the brand. Kia Motor Corporation unveiled the logo at the beginning of 2021 using 303 pyro drones that launched several fireworks creating the new logo over the sky of Incheon, South Korea.

Leaked images show that the 2021 Kia Sonet will come with new paddle shifters on the steering wheel. This is likely to be available on the Turbo-Petrol engine with the DCT gearbox option and the 6AT gearbox which comes with the diesel engine. The brand could be shuffling the trims of the Kia Sonet as reported earlier. The HTX variant will be introduced with both turbo-petrol engine and diesel engine options. The HTX trim will also be offered with alloy wheels and both HTX and GTX+ with 7DCT and 6AT will come with paddle shifters. 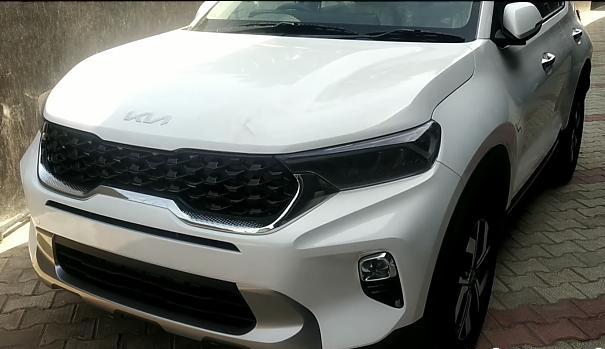 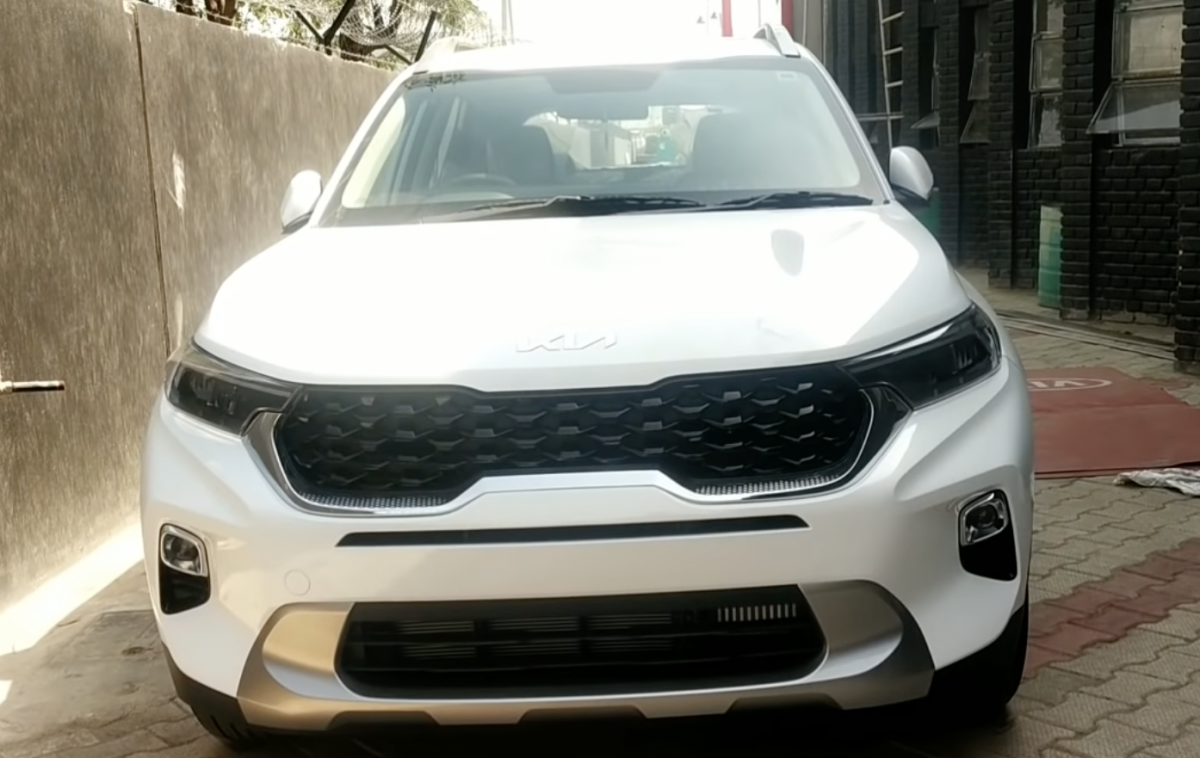 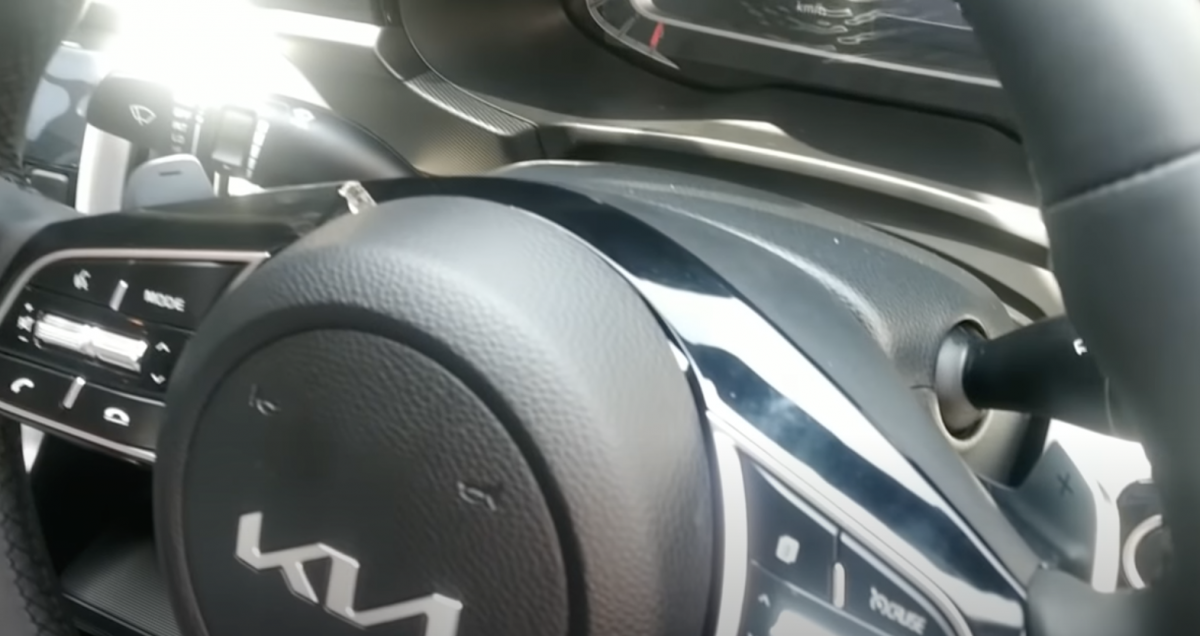 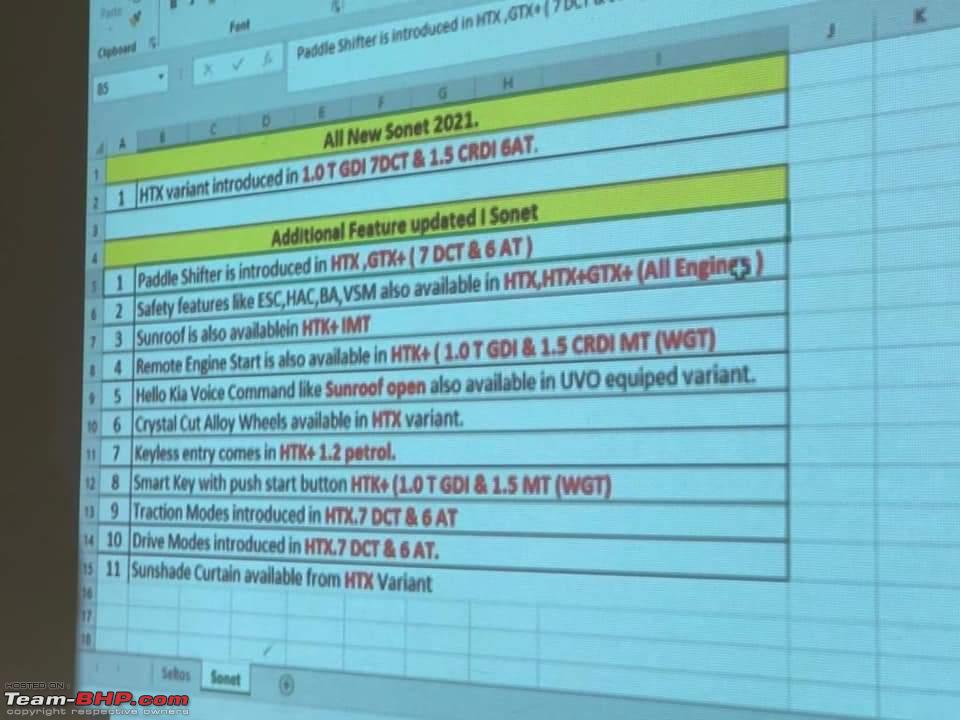