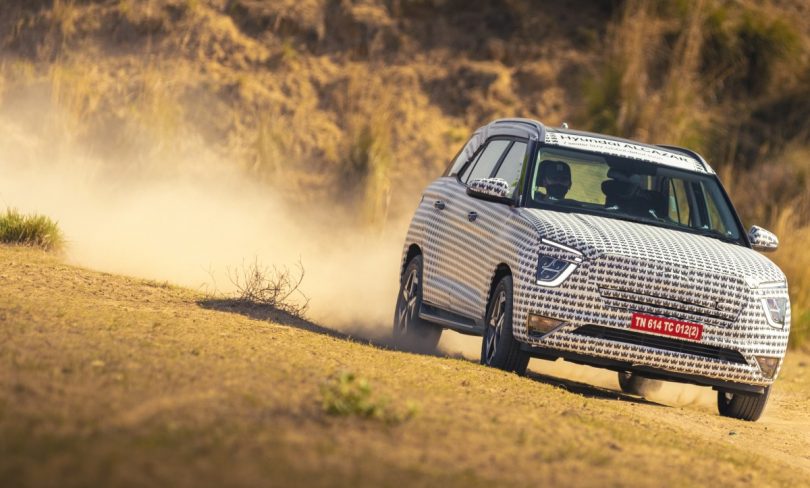 Hyundai Alcazar’s launch which was scheduled for 29th April has been now postponed to late May 2021. The recent spike in the Covid-19 cases compelled the company to take this decision. As of now, we know that the SUV will have two engine options. Alcazar is essentially a longer version of the Creta, to accommodate the third row of seats. There is a lot of resemblance to Creta which includes both the interiors and exteriors. Creta is selling in good numbers in the country and with the addition of Alcazar, the sales figure will increase further. Given the recent demand for SUVs in the Indian market, it is certain that Alcazar will make a good impact.

What Is Hyundai Alcazar?

Sharing the same platform as Creta, so Alcazar’s has a similar silhouette to that of Creta with a longer rear end. The SUV is available with two seating options, a six-seater with captain seats and a seven-seater with a bench. The car will look into taking on the other three-row SUVs in the market. Currently, the Tata Safari is selling in great numbers and Alcazar will try to lure some of its potential customers to Hyundai showrooms. The other cars in this segment include MG Hector Plus, Mahindra XUV500 and the upcoming XUV700.

Hyundai is known to load its cars with all the latest features and Alcazar is no different. The SUV will get all the features of Creta which include, 10.25-inch touchscreen system, 360-degree camera, panoramic sunroof, ISOFIX seat mounts, automatic climate control, wireless phone charger and more. In the officially released images of the Alcazar, we see a centre armrest in the six-seater trim with wireless charging.

There are two engine options available on the Alcazar, a 2.0-litre petrol motor derived from Elantra and a 1.5-litre diesel. In terms of performance figure, the petrol engine makes 159 HP of power and 192 Nm of torque. The turbocharged diesel motor shared from Creta but with a different map, cranks out 115 HP of power and 250 Nm of torque. Both manual and automatic gearbox options are on offer thus attracting a wide range of potential customers. 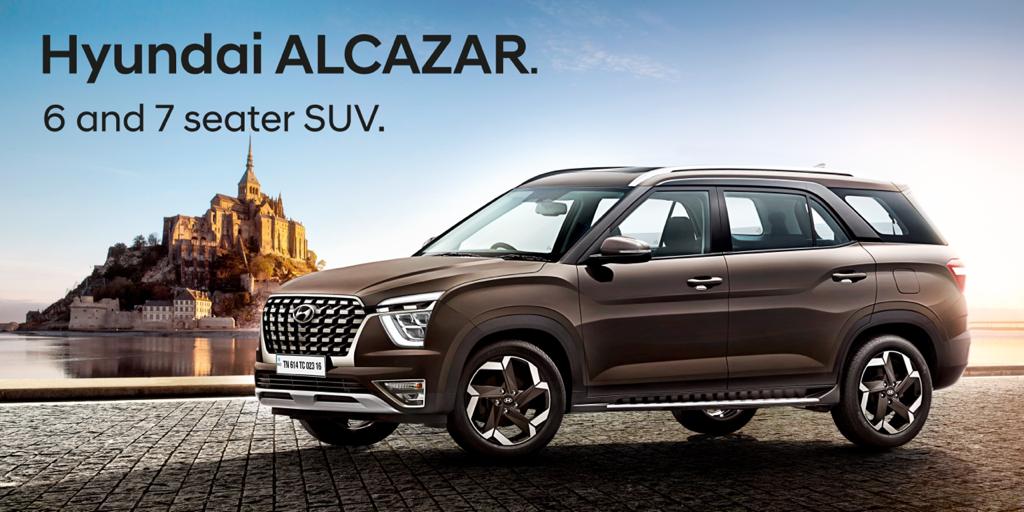 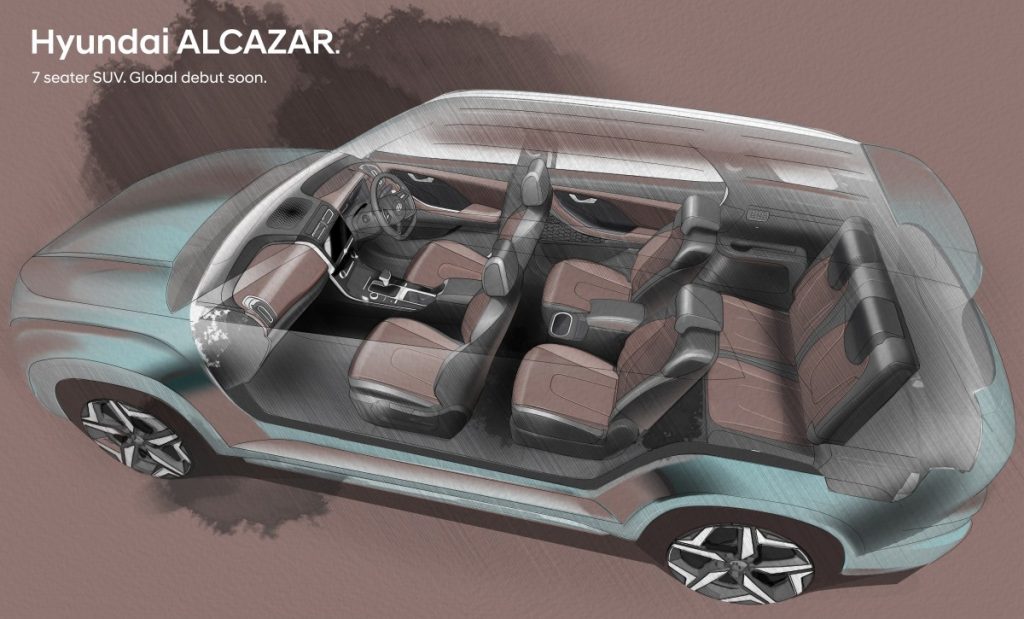