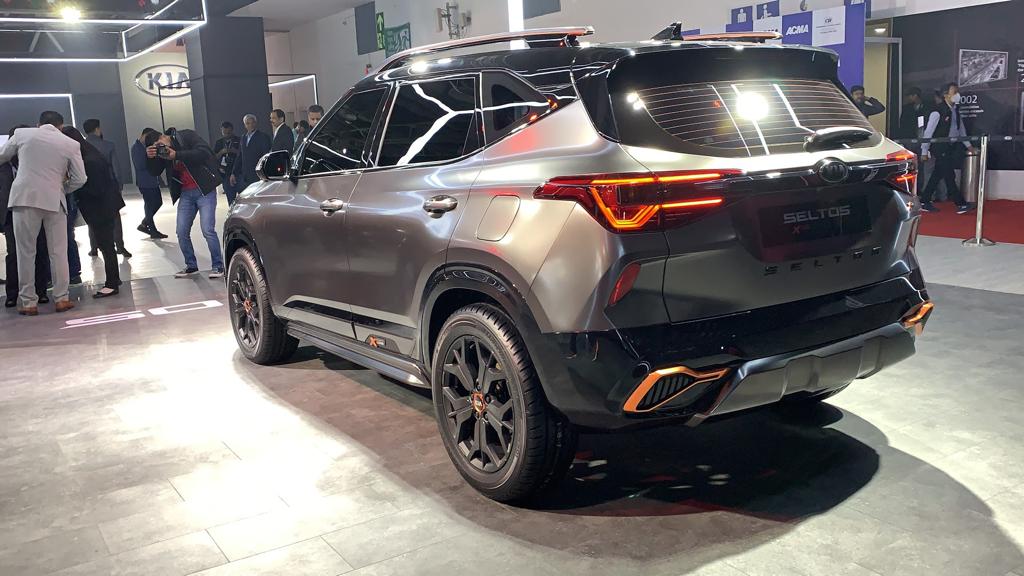 Recently, Kia India teased the new X Line trim on the Kia Seltos. While the brand has not yet unveiled the model, details of the “Project X” have emerged on the internet before the SUV’s launch. According to the official teaser, the new Project X, as the brand, is currently referring to the Seltos X Line. The brand had revealed the X Line concept at the 2020 Auto Expo in Delhi, but no model details were revealed back then.

According to sources, the majority of the styling cues draw inspiration from the Seltos X Line concept. Reports suggest that the X Line variant will position itself above the current range-topping GT Line. Unlike the Anniversary Edition model, the X Line will become part of the variant lineup. This means that Project X will not be a limited edition model.

The Kia Seltos X Line is likely to amalgamate a new sporty and rugged theme. The SUV comes with new appliques finished in chrome as well as a new finish on the sideboards. Sources reveal that the Seltos X Line will also come with a new Matte Graphite paint scheme. The X Line concept showcased at the Auto Expo also revealed Sun orange accents on the front bumper and rear bumper. The SUV also features a new tailgate applique, new skid plate and dual exhaust system. The X Line variant is also likely to come with 18-inch alloy wheels in a new design. 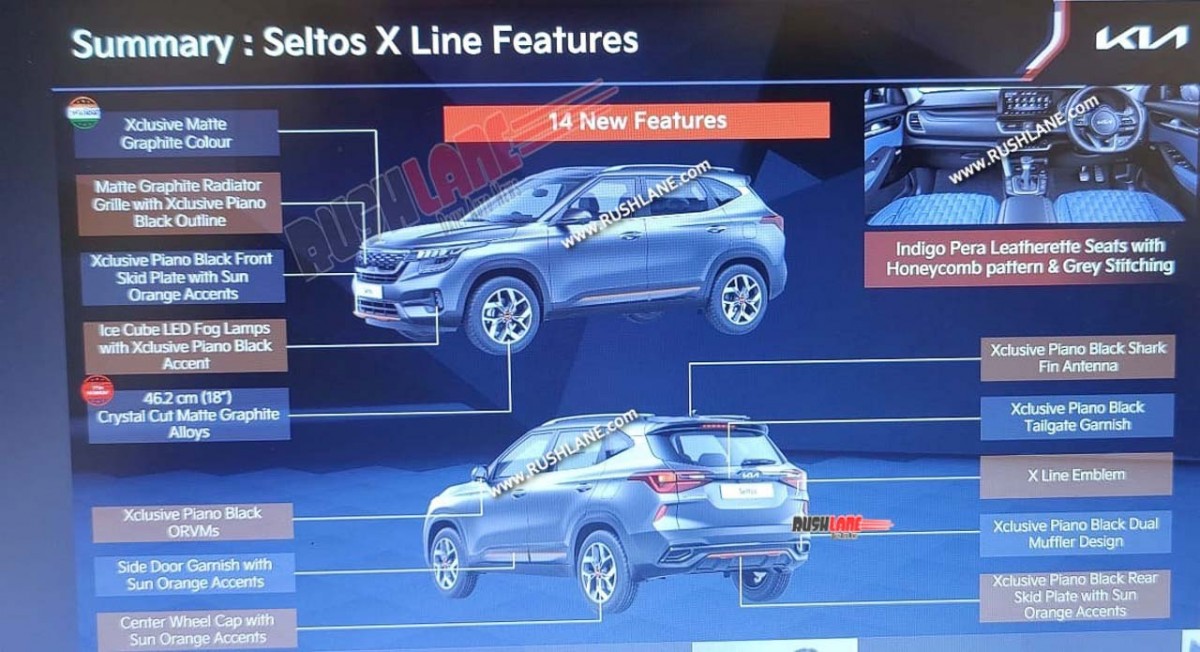 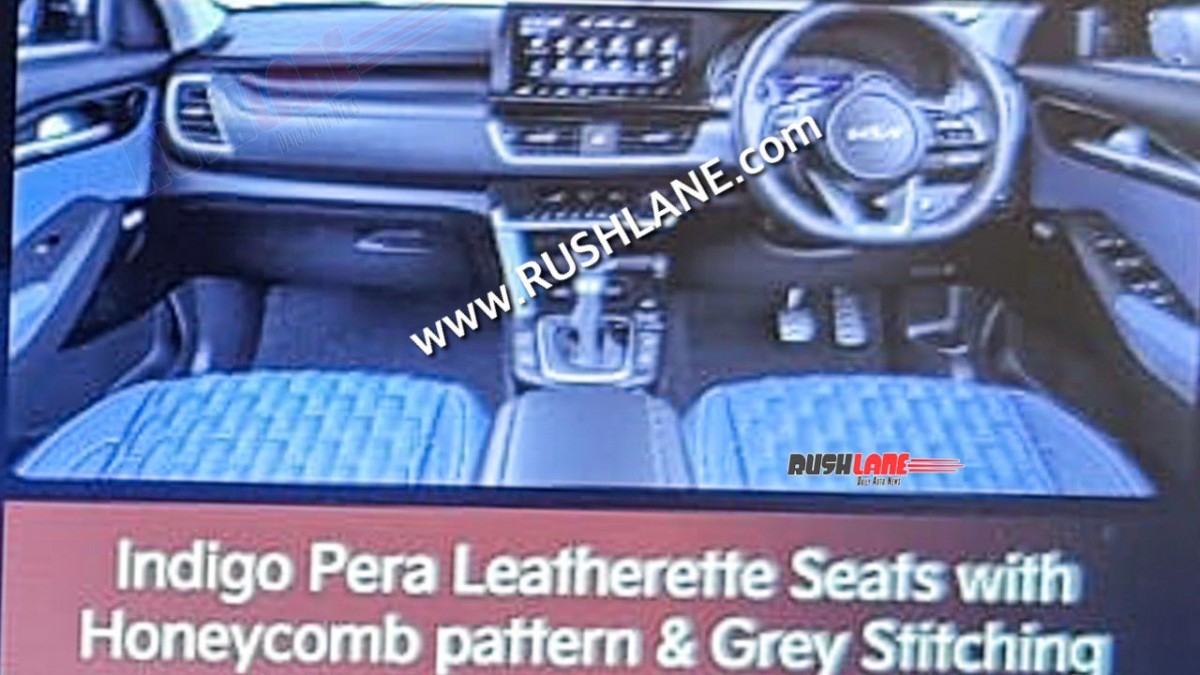