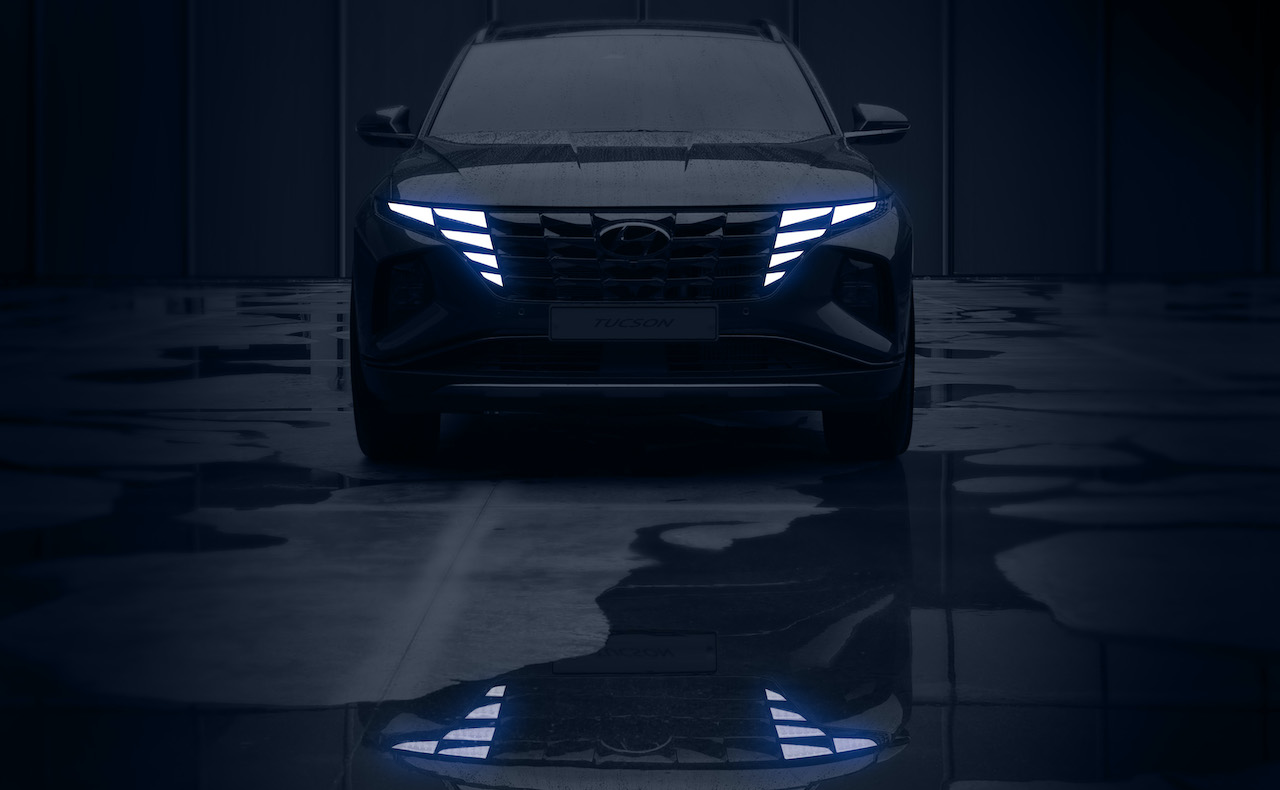 On the outside, the new Hyundai Tucson will be bigger and wider than the predecessor and comes with a long bonnet and short overhangs facilitating a longer than before wheelbase giving the C-SUV a Coupe-like character. The fourth-generation Tucson will come with a muscular wedge design with angular surfaces that follows the brand’s Parametric Dynamics theme that is in-line with the Hyundai’s ‘Sensuous Sportiness’ design identity, that is seen on the new Elantra.

On the front fascia, the Hyundai Tucson comes with a new jewel-like grille that seamlessly integrates with the LED daytime running lights and the new innovative Parametric Hidden Lights which are revealed only when the lights are switched on. The new-generation Tucson also features a sleek silhouette with angular wheel arches and a rising beltline. The rear end comes with a slightly rakish windscreen, wraparound LED tail lamps with an angular finish.

On the interiors, the all-new Tucson features INTERFACE design, an which is Hyundai’s interpretation of Integrated Interface that comes with a layered but decluttered layout with a lower instruments display that sits in the same plane as the top of the dashboard fascia. The dashboard offers a wraparound effect that merges seamlessly with the doors wrapping the occupants with a deep gorge effect. The centre fascia is inspired by waterfalls and integrates a large touchscreen system along with twin silver garnish trims streaming from the centre fascia to the rear doors.

Closer to home, the brand launched the 2020 facelift Hyundai Tucson in the Indian market at prices starting INR 22.30 lakh ex-showroom available in both two-wheel and four-wheel drive variants in petrol and diesel iterations both offered with an automatic gearbox. Considering that the brand has launched the facelift Tucson only a couple months ago in India, it will be long before the brand bring the new-generation C-SUV to the Indian market. 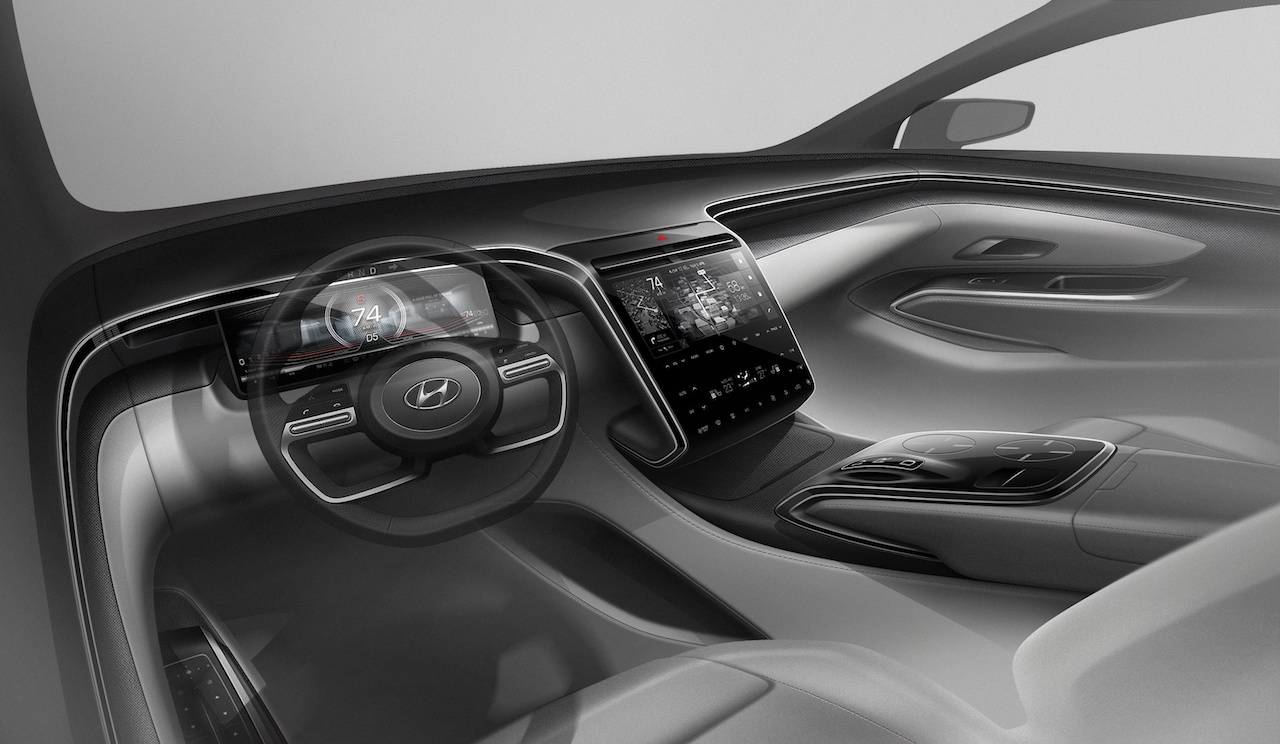 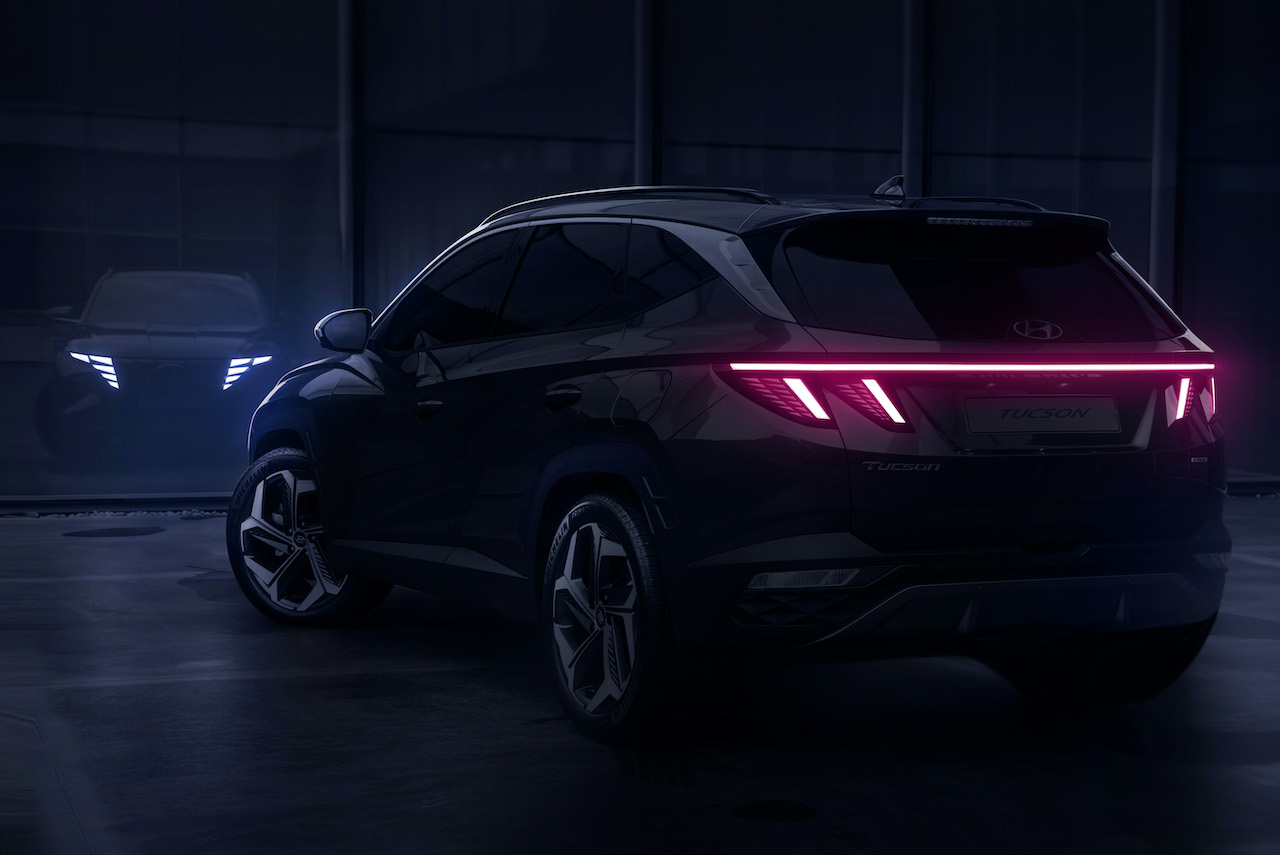