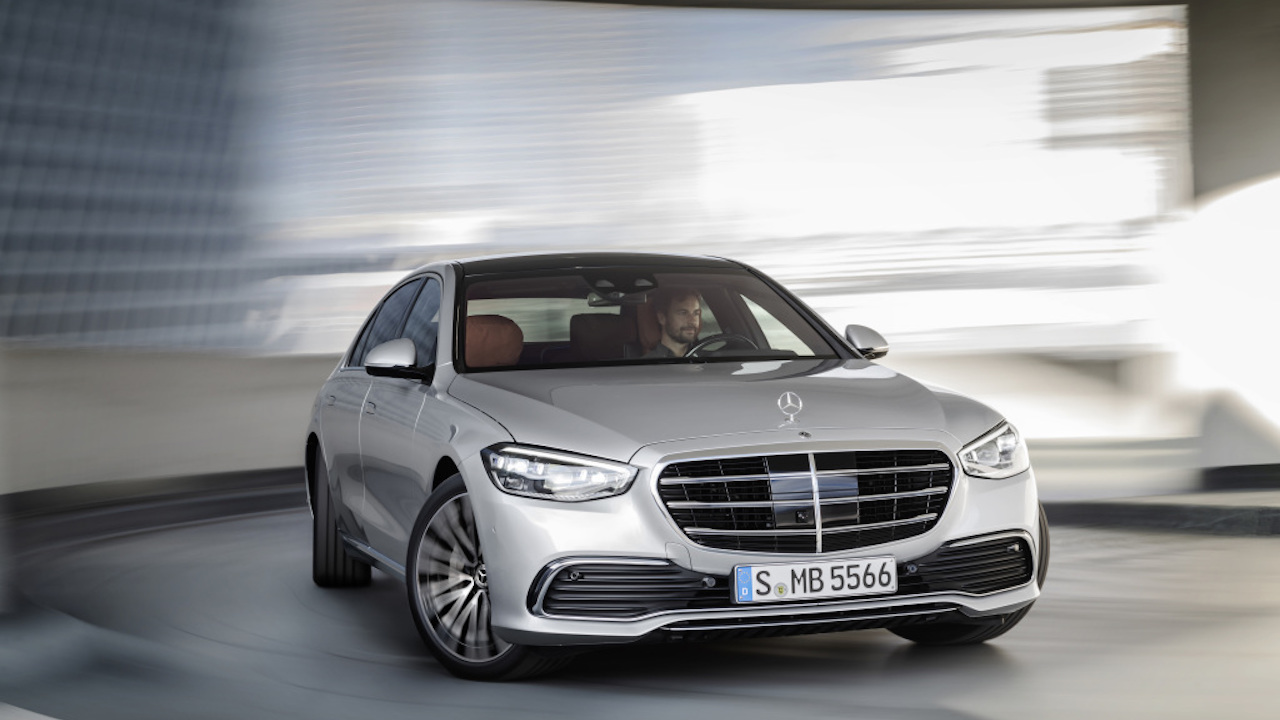 After a long-running teaser that went on for the last couple of month, the premium automaker has finally revealed the 2021 S-Class in full. On the exteriors, the new Mercedes-Benz S-Class features an ever more imposing front fascia that is larger than before, 200 sq. cm but the brand has worked around the aerodynamics so much so that the S-Class is one of the world’s most aerodynamic cars with the drag coefficient figure from 0.22.

In terms of design and styling, the 2021 Mercedes-Benz S-Class features a bold chrome-accented front grille with three horizontal blades and a vertical spine, wide lower air intakes with a chrome-accented wing-shaped element, chrome window lining, flush door handles wraparound LED taillights with a chrome bar that connects the two lights. The radiator grille is also flanked by sleek LED headlamp units integrated with DIGITAL LIGHT, a light module that comes with three extremely powerful LEDs that refracts light directed by 1.3 million micro-mirrors with a capacity of projecting more than 2.6 million pixels per vehicle.

On the inside, the 2021 S-Class features the second-generation MBUX infotainment system that features a portrait-oriented 12.8-inch infotainment screen s OLED (Organic Light Emitting Diode) technology along with a 12.3-inch 3D digital instrument display with Augmented Reality Heads-Up Display with animated turn-off arrows that are projected on the road lane, an MBUX high-end rear entertainment system with two 11.6-inch displays with touch controls on the rear of the front seat backrests along with the optionally available MBUX rear tablet on a docking system bringing five screens in the 2021 S-Class. The new S-Class also includes a 263 LED ambient light system, a 31-speaker Burmester 4D surround-sound system, fingerprint, face and voice recognition technology gesture control and a lot more.

The other option is an OM656 3.0-litre straight-six-cylinder diesel engine that comes in two states of tunes, a 286 Hp of power and 600 Nm of torque and another with 330 Hp of power and 700 Nm of torque. Both the petrol and diesel powertrains are matched to a 9-speed 9G Tronic automatic gearbox with 4MATIC all-wheel-drive system, except for the S 350d. The Mercedes-Benz S-Class also features a rear-wheel steering system.

The 2021 Mercedes-Benz S-Class also features a plethora of active and passive safety features that highlight features such as – E-ACTIVE BODY CONTROL, ENERGIZING seat kinetics, a new innovative tent-like Rear airbag technology, Centre airbag, next-generation PRE-SAFE function with Impulse Side protection system that uses radar-based technology to predict an imminent side-impact and deploys air cushions in the seat to move the occupants to the centre of the car and more. 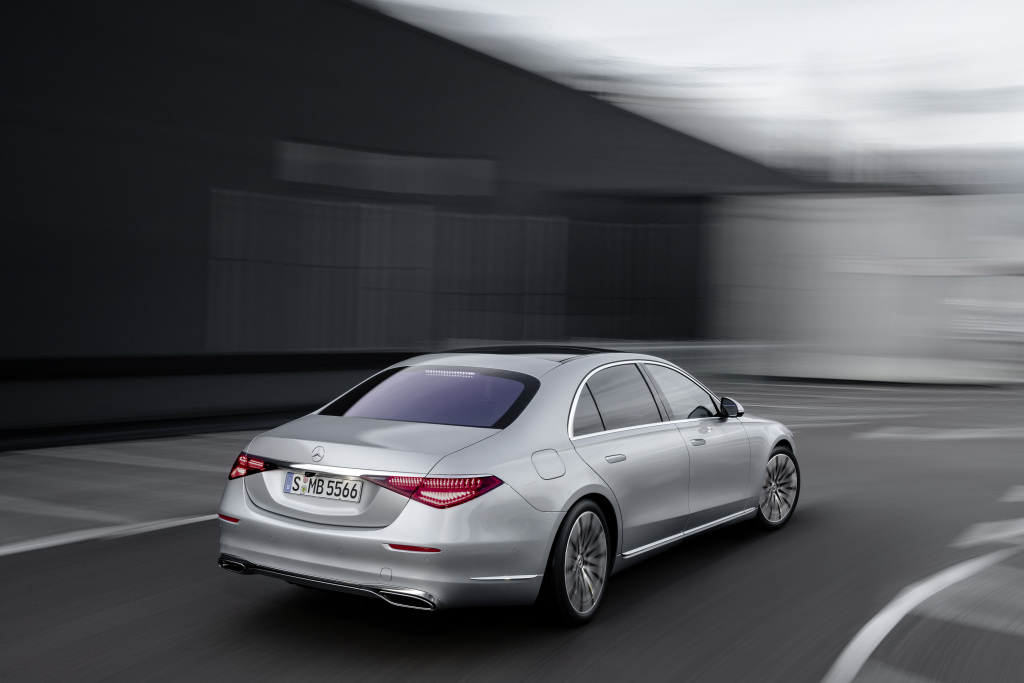 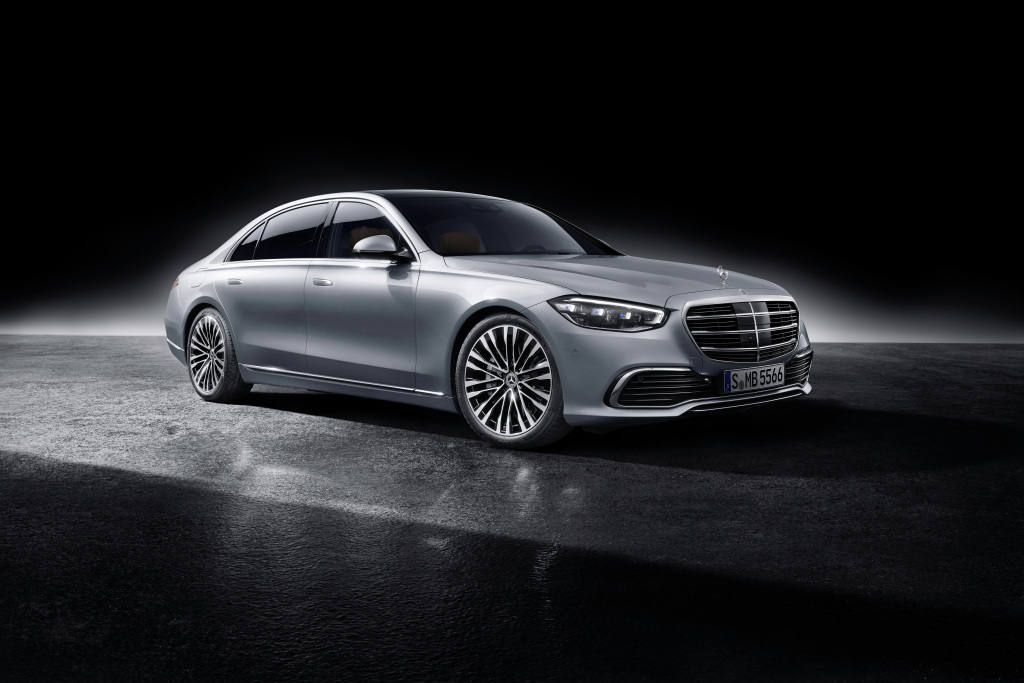 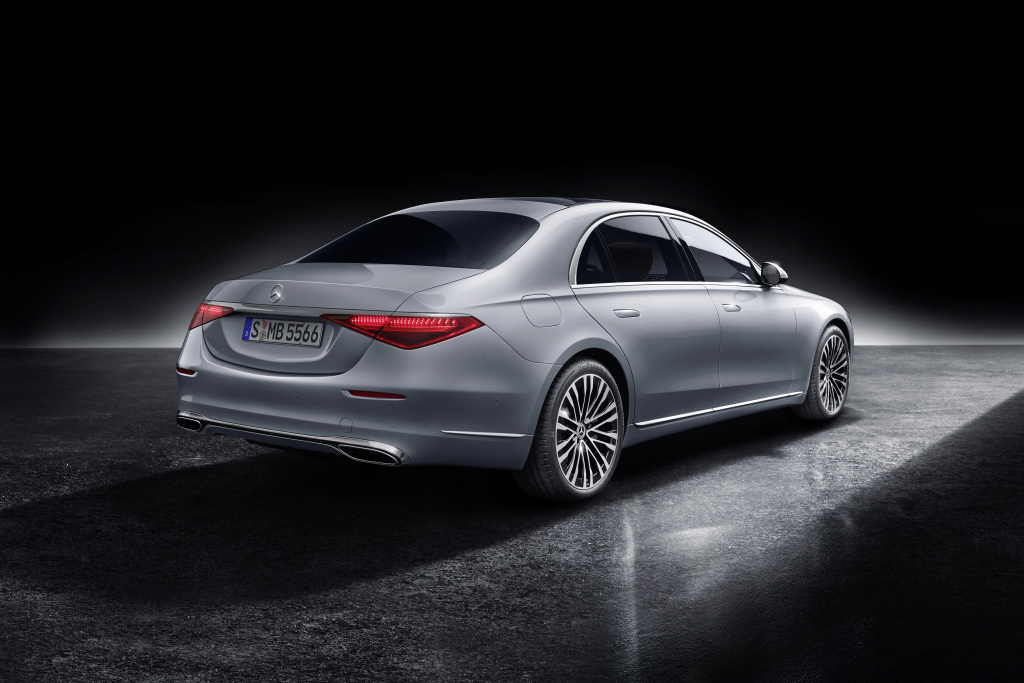 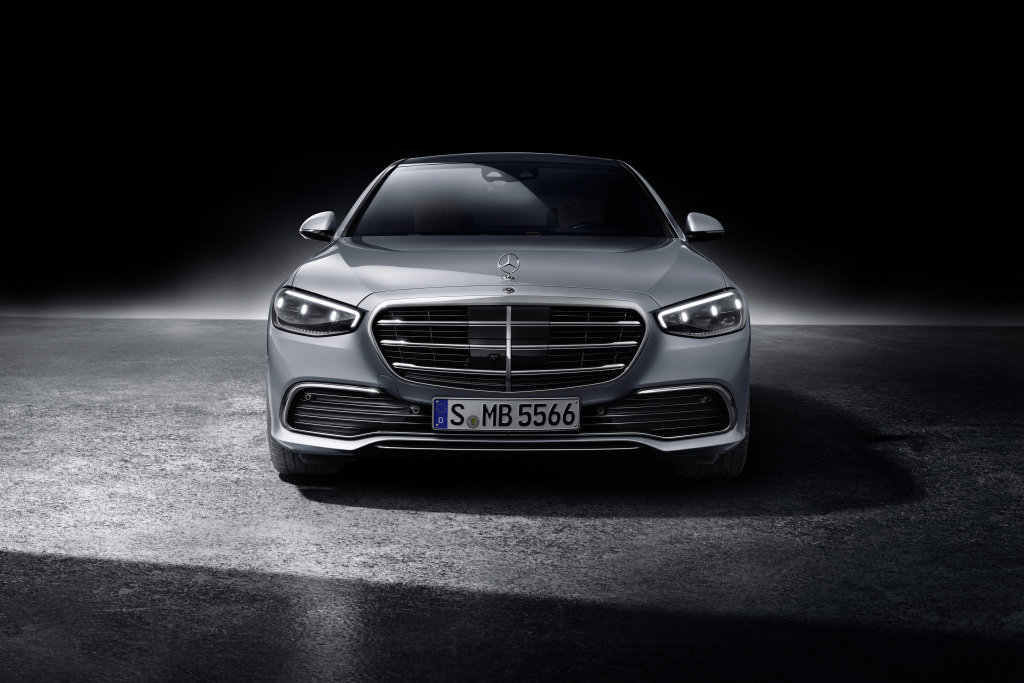 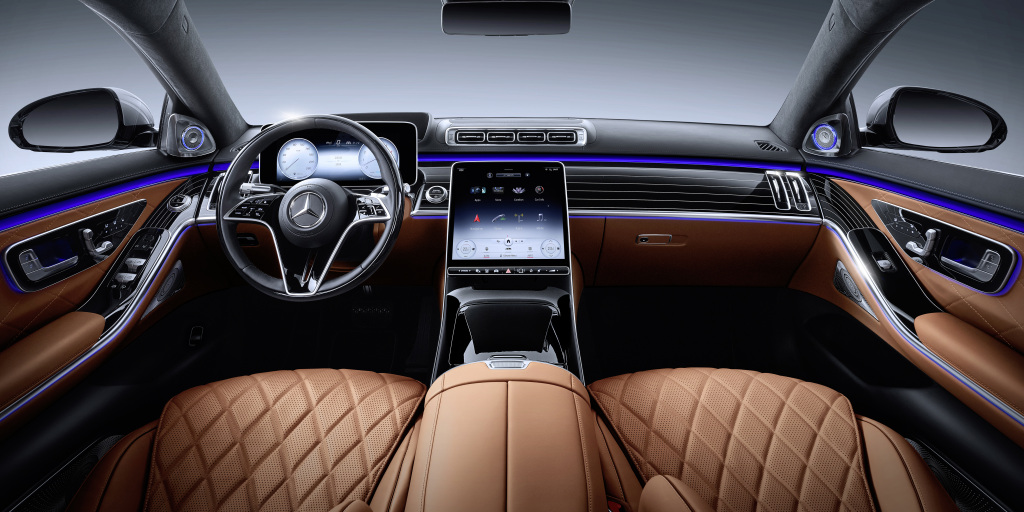 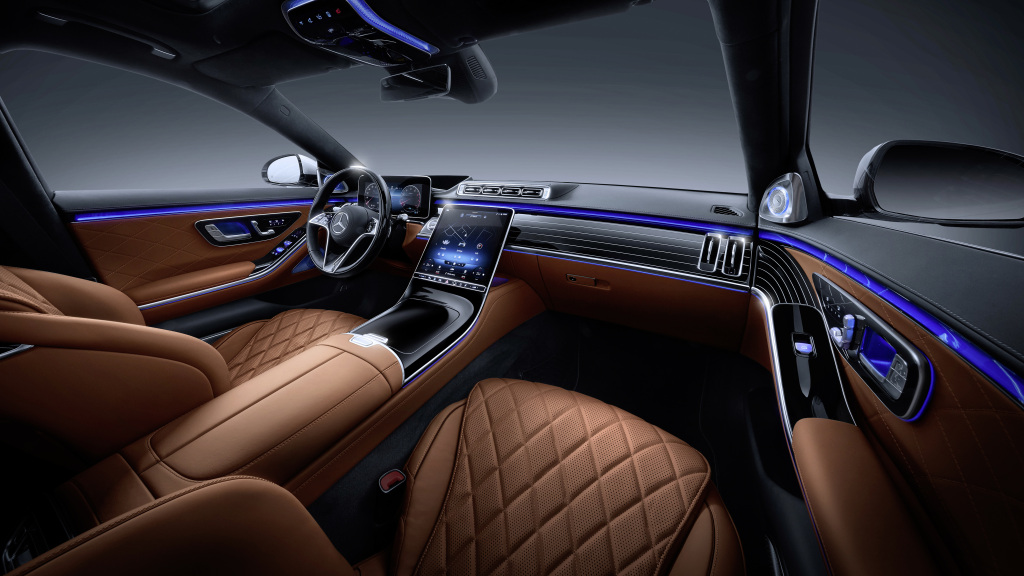 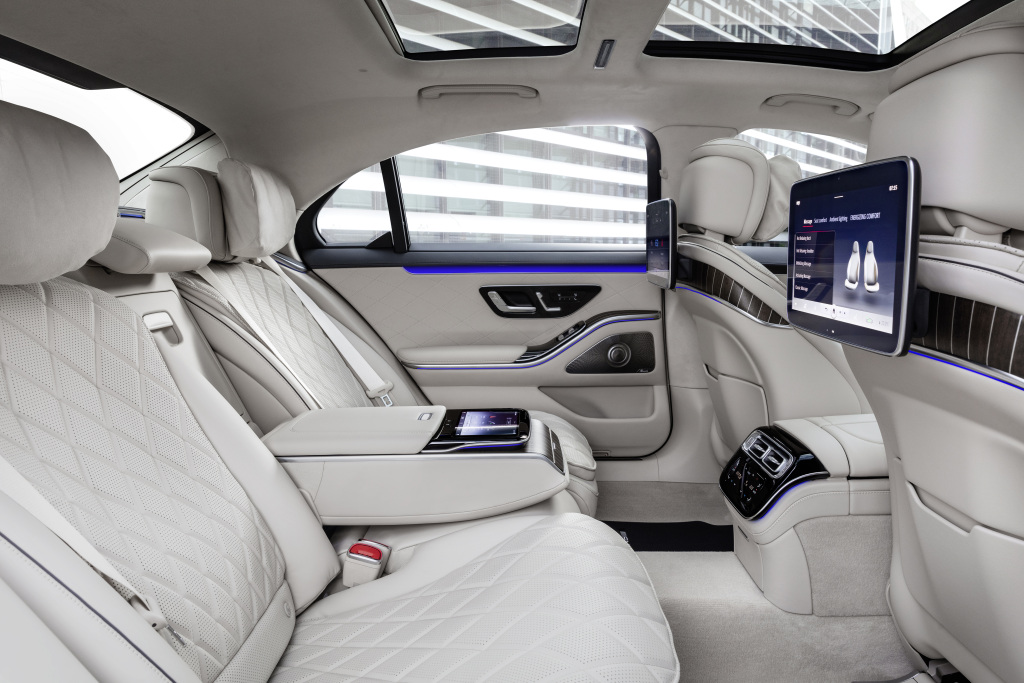 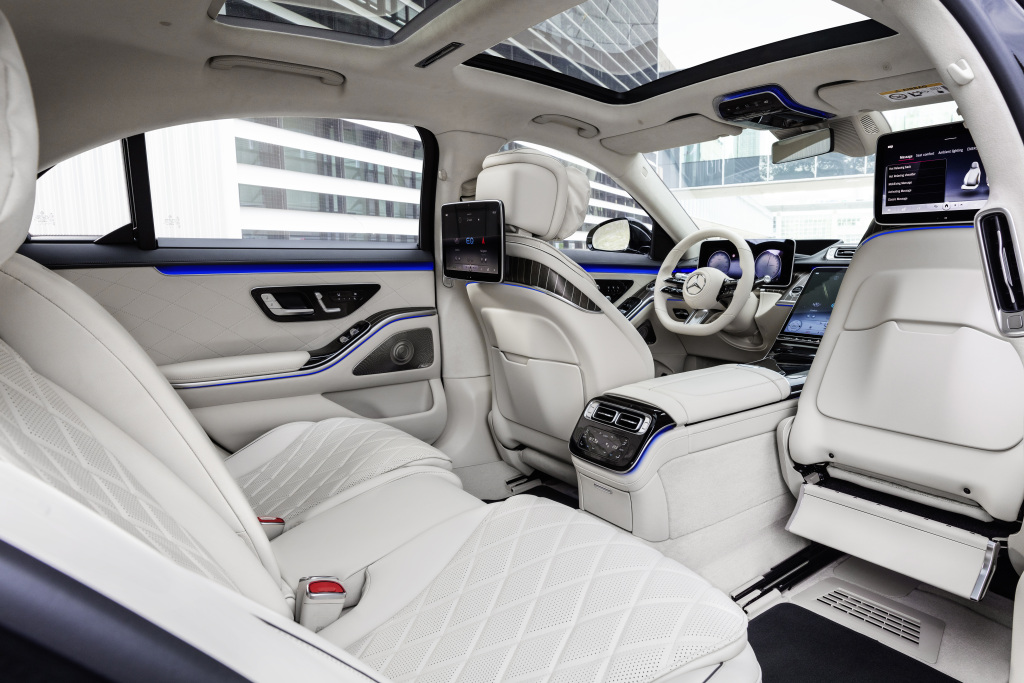 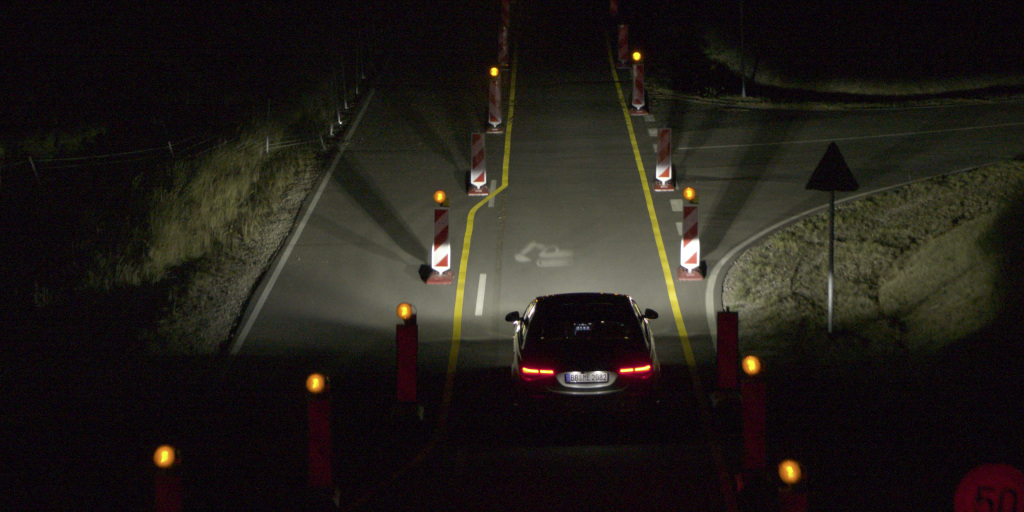