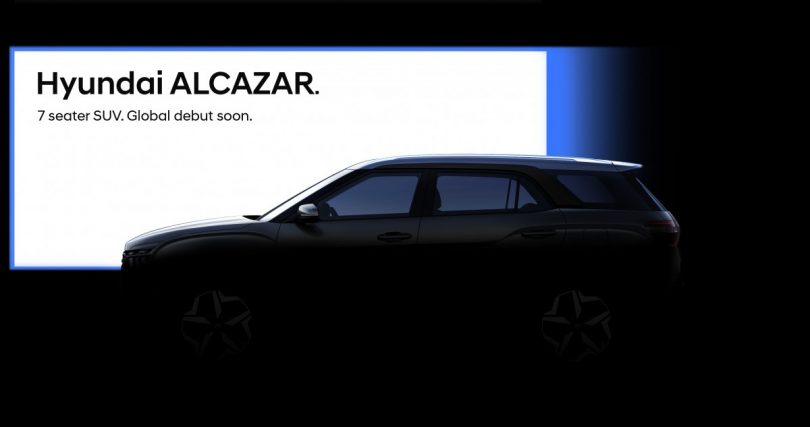 Hyundai is gearing up to launch the Alcazar 7-seater SUV in the Indian market. The new SUV is based on the much-popular Hyundai Creta that accommodates 5 seats. Essentially, the Alcazar is a stretched Creta with longer rear overhangs that allow space to the third row of seats. Now, speculations are that the 7-seater SUV will come with a larger displacement engine. It is reported that the Alcazar will feature a 2.0-litre petrol engine alongside other powertrain options.

The Hyundai Alcazar is slightly larger than the Creta and certainly, with the addition of extra seats and equipment, the SUV is likely to be heavier than its 5-seater counterpart. New speculations are that Hyundai might offer the Alcazar with a 2.0-litre four-cylinder petrol engine borrowed from the Elantra and Tucson. This powertrain produces 150 Bhp of power and 192 Nm of torque and comes with a 6-speed manual or 6-speed automatic transmission.

The Alcazar is the 7-seat iteration of the Creta SUV and thus speculations are that along with the 2.0-litre petrol engine Hyundai might also offer a 1.4-litre turbo-petrol engine and a 1.5-litre turbo-diesel engine. The SUV is also likely to come with multiple gearbox options as well. The Creta also comes with a 1.5-litre naturally aspirated petrol engine which may not be available on the Alcazar.

Hyundai officially teased the interiors of the Alcazar and the SUV features seating abilities for 6/7 passengers including the driver. The middle row seat in the teaser images shows captain seats which could be the 6-seater layout. The captain seats have a large armrest in the centre which may have a wireless charging pad, a cubby hole to store some odd bits and bottle holders integrated into it. This also leads us to believe that the captain seats will get a full tumble design for easy ingress and egress into the third-row seating. 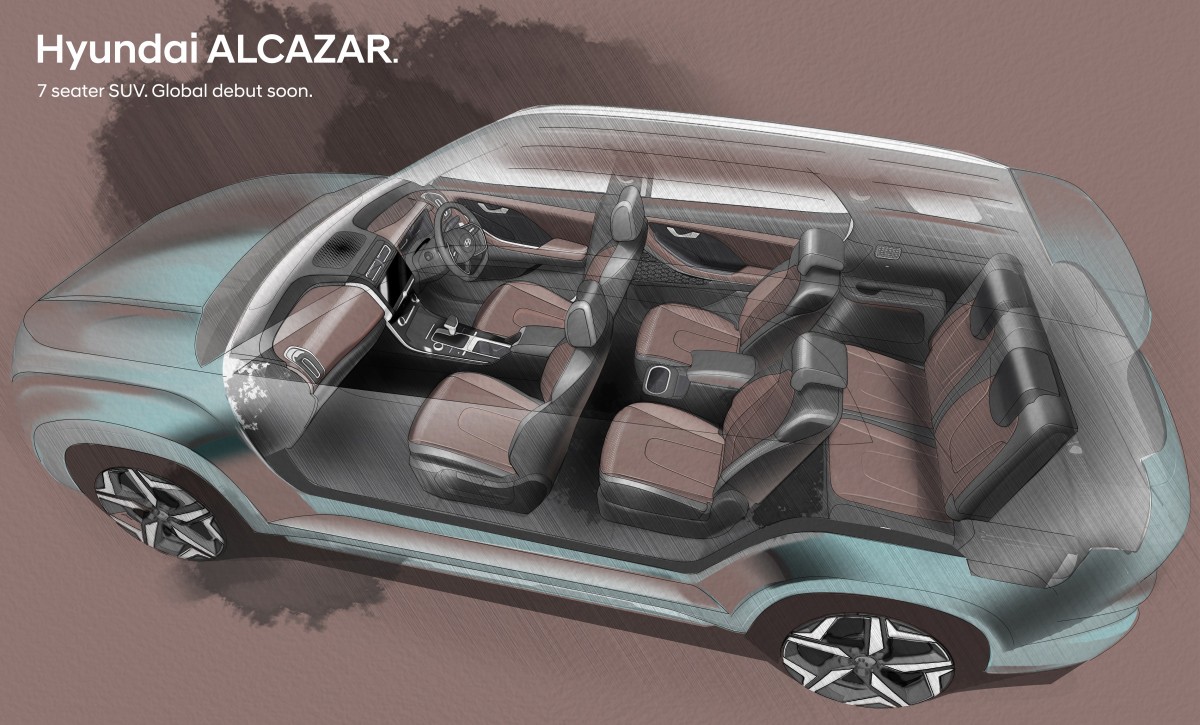