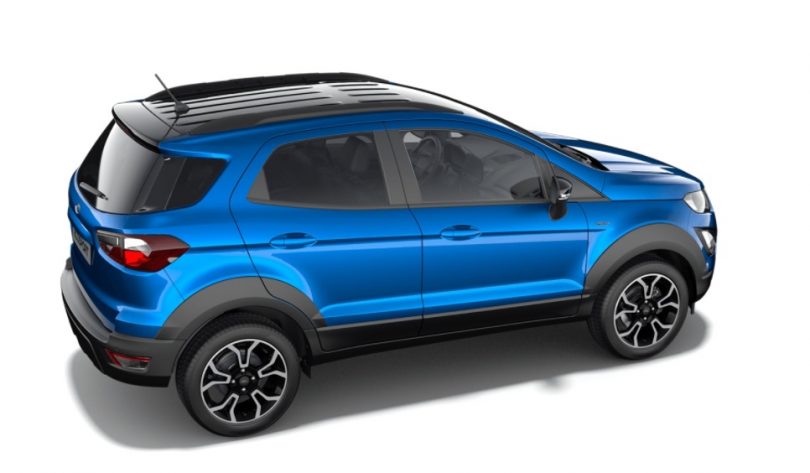 The much-loved Ford EcoSport has been in the Indian market since 2013 and the brand gave the compact SUV only one mild mid-life update in 2017 and a BS6 compliant engine in 2020. Now, Ford could be planning to tweak the EcoSport further by offering a new design tailgate on the rear. By new we mean new for the Indian market. Spy Images of the Ford EcoSport in a dealer stockyard leads us to believe that the brand could bring the rear end design from the international-spec EcoSport and sell it the 2021 updated SUV here in the Indian market.

The international-spec Ford EcoSport Active produced in India comes with a upwards opening tailgate instead of the side ways opening tailgate that is currently available in the Indian market. The images also reveal that the spare wheel will have to be done away with, probably tucked under the boot to enable easier boot opening. The number plate mount which currently appears on the lower part of the rear bumper will be higher on the tailgate and comes with a chrome garnish.

According to the spy images, the updated Ford EcoSport also comes with a new skid plate on the rear covering the area belonging to the rear numberplate mount. Other changes include a shark fin antenna and silver roof rails. It is currently unknown if the roof rails are functional or just for aesthetics. The new changes also include a 7-spoke alloy wheel, LED daytime running lights, projector headlamps etc. Sources suggest that the new model will position itself between the Titanium and Sports trim.

Powering the Ford EcoSport is a BS6 emission compliant 1.5-litre three-cylinder petrol engine that delivers 122 PS of power and 149 Nm of torque and also a 1.5-litre four-cylinder diesel engine that makes 100 PS of power and 215 Nm of torque. Both engines come matched to a 5-speed manual transmission but the petrol powertrain comes with the option of a 6-speed Automatic gearbox with features such as push-button start/stop, paddle shifters and cruise control. 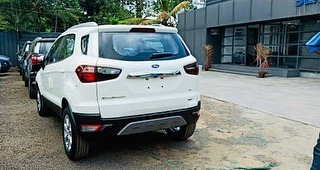 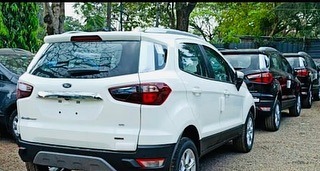 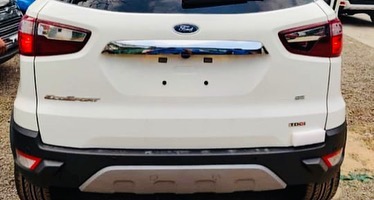